December 11 2012
2
As it turned out, not only phones or laptops can be budgetary, there is such a category among firearms weapons. When you see that a particular model is called a budget model and is made on the basis of some other weapon model with a higher price, then the questions are quite natural: what exactly did you save, and how did it affect performance and reliability? However, the release of such options for firearms are mainly engaged in eminent weapons companies, one name which is associated with quality, because worried that the gun will fall apart in his hands at the first shot, do not worry, but understand what the budget option is different from its high-grade grandparent, yet worth it. 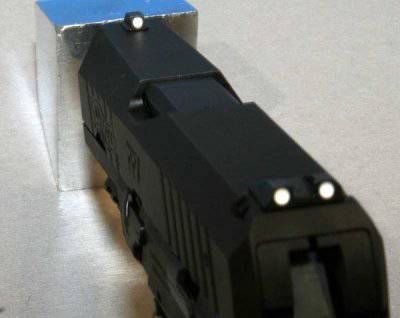 In one of the previous articles, the conversation was about the Walther PPQ pistol, which was particularly resistant to salt water. This model is relatively new, but it has already managed to recommend itself only on the positive side. It is not known how much the manufacturer is familiar with the saying “strike while the iron is hot”, but the fact that he adheres to its counterpart is indisputable, since this year a new gun made on the basis of PPQ was introduced, and already in 2013 this model can be seen on the stores are, of course, not domestic. They called this gun Walther PPX and it completely repeats the construction of its older brother, one of its price is distinguished by a very small number of signs, although it may not seem so small to many. So, in the near future it will be possible to become the owner of this gun for 499 $, however, this price is recommended by the manufacturer, so it is not known how greedy the sellers will be. But this price for a weapon in which the burner cover is blued, a model with a stainless steel cover-shutter will cost 549 $, which is also the recommended price. For comparison, we can say that the progenitor of a pistol costs about 560 $, although many people bought it even for 450 $, and in some cases its price is higher than 1000 $. In general, it’s too early to talk about what the real price will be for this gun, since the price of a weapon can vary significantly in two nearby stores, not to mention the price gaps in different countries. Nevertheless, the manufacturer positions the weapon as a budget, let's try to figure out exactly what the “budget” of this gun is. 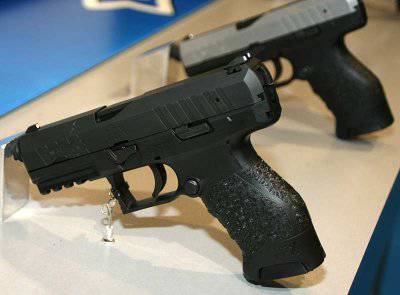 The first thing that catches your eye is the absence of an automatic safety lock on the trigger. With all this, there is also no non-automatic fuse, which calls into question the safety of the weapon. However, the pistol has only a double-acting trigger mechanism, which partially solves the problem, but all the same, with a cartridge in the chamber, this pistol would personally cause concern to me, especially if it is already substantially worn. As they say, in our business, it is better to overlook than not to miss, therefore we are on guard. This pistol is positioned as a weapon for self-defense and recreational shooting. So with the second one can completely agree, but the use of a pistol for self-defense is somewhat strange to suggest from the manufacturer. First of all, it should be noted that the weapon has a length of 180 and 184 millimeters (for 9x19 and .40S & W cartridges), although the weight without ammunition is a little less than 700 grams, which is not so much. The second drawback, I would call the not the most streamlined shape of the weapon, the presence of an attachment bar under the barrel for additional devices such as a laser targeting unit or a compact flashlight, which can catch clothes or something else that slows down the extraction of the weapon. However, this should not be considered a serious minus, as well as the fact that the pistol has no safety devices. To be honest, for me personally, this model is simply not associated with a weapon for self-defense, and the fastest way is that this opinion will not be mine alone. 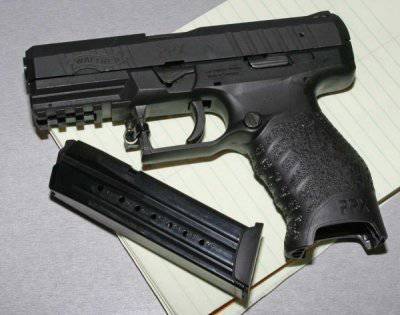 As can be understood from the above, the pistol will not be produced in the version chambered for 9x21 IMI cartridges, but only in two versions for the most common pistol ammunition. Magazine capacity will be similar to PPQ - 15 (17) rounds 9x19 and 12 (14) .40S & W. True, here you need to make a note that this is a possible store capacity, and in many cases it will be limited to 10 cartridges in accordance with the legislation of a particular country. The sighting devices of the pistol are completely similar to its progenitor and are made in the form of unregulated rear sight and front sight, with marks applied to them with light-accumulating paint. But the controls have been significantly changed. Instead of a long slide stop lever, a relatively small push-button version of this element is used, which is located in a small recess in the plastic frame of the weapon. It is not duplicated on both sides of the pistol, as well as the lock for disassembling the weapon. The magazine release button is located as standard on the left side of the pistol, but can be moved to the right side. So these external differences already indicate that the pistol is a cheaper model than the Walther PPQ. But the main distinguishing feature of this pistol is that it does not use the same coating as in its older model, adapted for use near sea water and is not afraid of it. However, what exactly this will be for the coating is still silent, but at the exhibition it was said that this pistol will not differ in a low resource of work and a cheap option for protecting pistol parts from corrosion.

Automatic pistol, of course, works on the principle of using recoil in the short course of the barrel. The barrel is locked by means of a coupling of a projection above the chamber and a window for ejection of spent cartridges. The trigger type trigger with a half-hidden trigger, however, the trigger itself is completely hidden in the pistol-housing. So in general, this gun is not particularly remarkable, although its design is made according to a scheme that has been proven over the years, so the question of performance and reliability lies only in implementation.

Here is such a fairly simple model of weapons, positioned as a budget, can be purchased next year, but not with us and not with us. 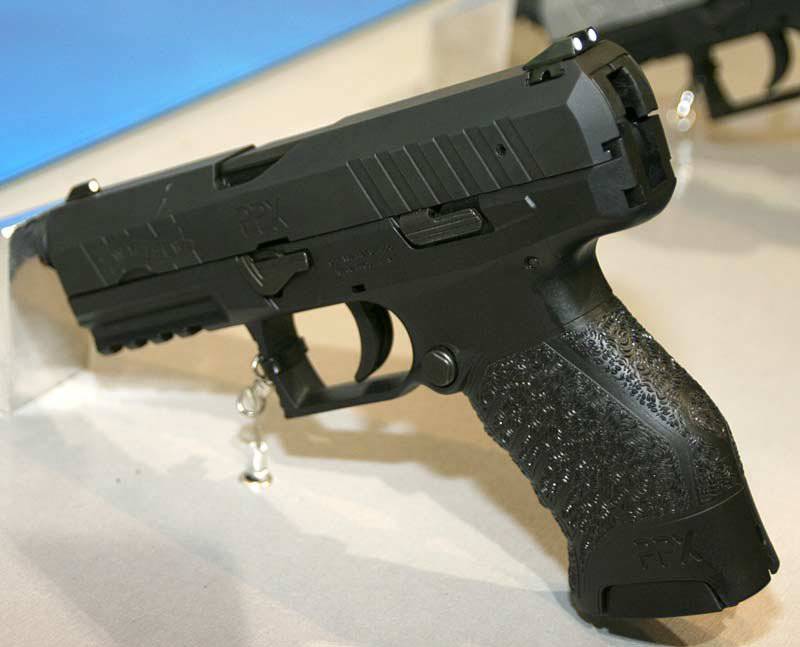 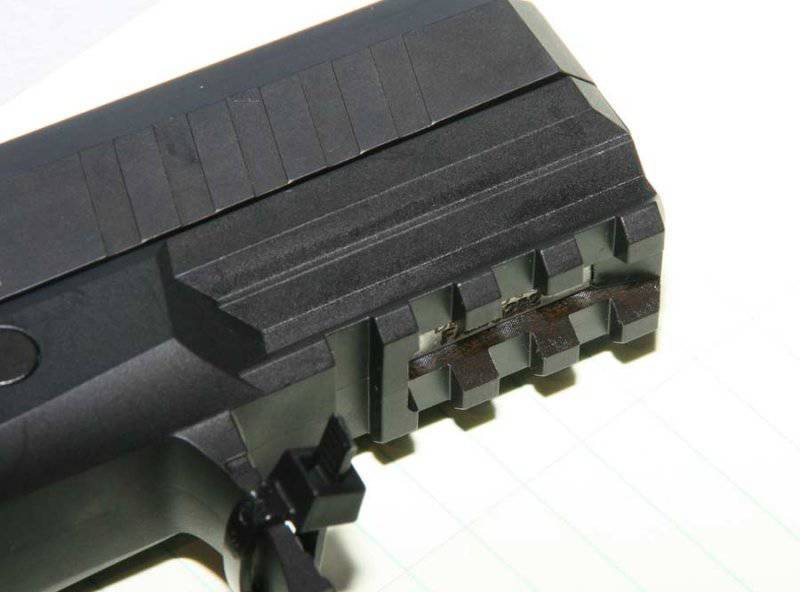 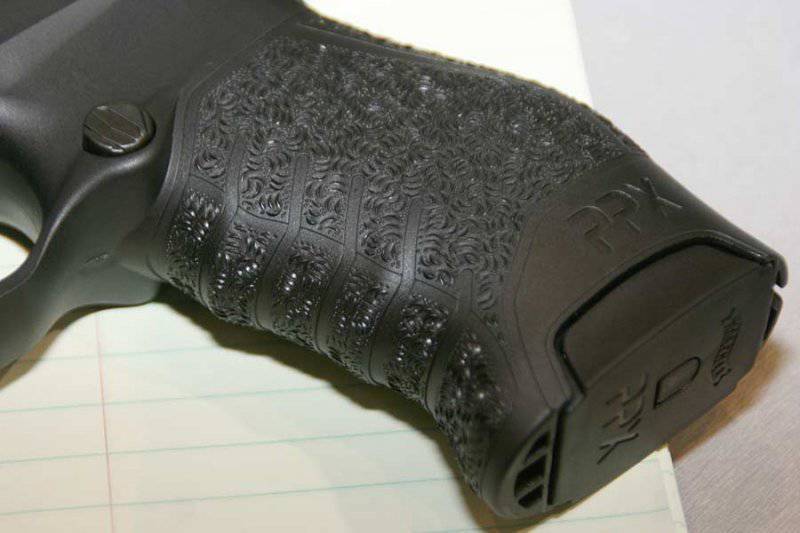 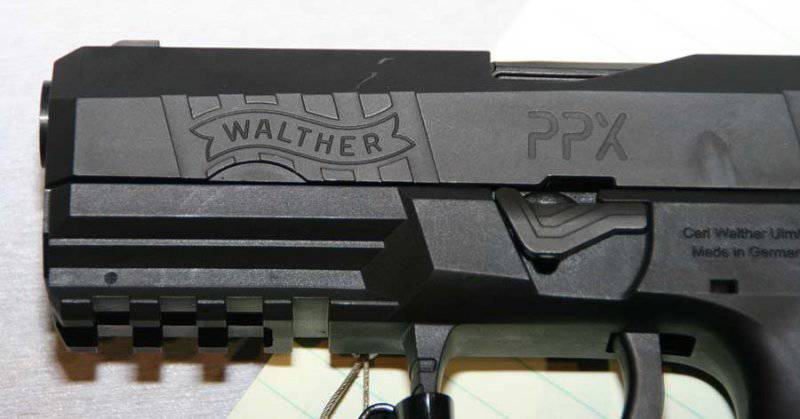 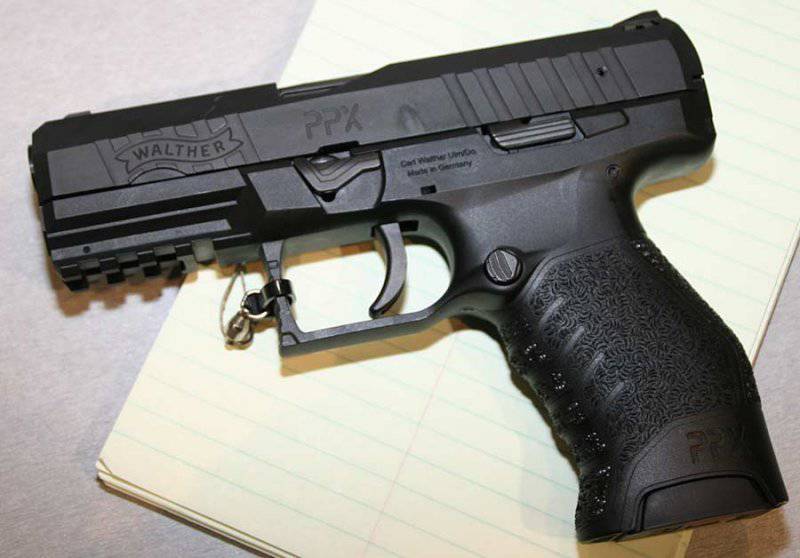 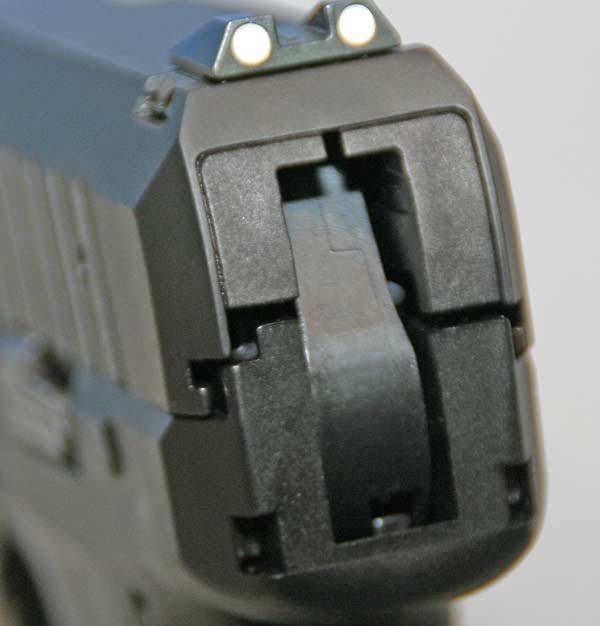