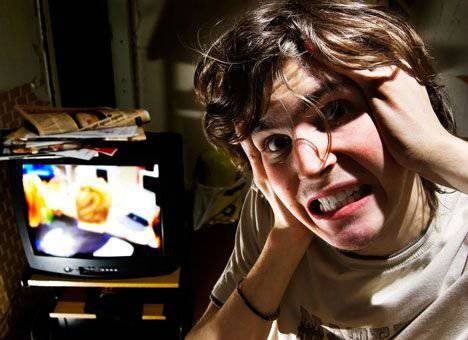 One of the common conspiracy theories is that the country's leadership controls the consciousness of its people. Note that in this particular case, the control of consciousness refers to the forced control of the mind, changes in thinking, behavior, control of emotions and the decision-making process of any person without his consent.

Still, in the 1956 year, E. Hunter described the brainwashing technique applied by the Chinese authorities to their citizens. He wrote that such an impact causes irreparable damage to the human mind, as well as to his physical and psychological health.

But, in “everyday life”, conspiracy theory to control human consciousness was widely spread by influencing special rays on the brain to instill the necessary information and behavioral patterns of the majority of the population. So, psychologists believe that crazy people often, explaining their actions, say that they carried out the order of a certain “voice” that sounded in their head. It is on such a team that the murderers of John Lennon and Robert Kennedy refer.

But the theory of broadcasting a voice to a person’s head is not so crazy. For example, it is known that in 2006, Donald Friedman, who was diagnosed with paranoid schizophrenia by doctors, made an official request to the US authorities about the available test results of the microwave hearing aid, experiments with hypnosis and telepathy. And although the deed corresponded to the person’s diagnosis, the answer received confirmed “the delirium of a madman.” In accordance with the response received, the US government for a long time financed projects related to the development of methods and methods of mind control. One of the plans of the US government was to create a telepathic weapons on the basis of a special beam or laser that can not only make a person less aggressive, but also disorient him in space. The project was based on the telepathic transmission of the human voice using high-frequency radiation.

So, the theory about the desire of governments to control and control the consciousness of their citizens is not so insane, because there are successful results in this direction.

No less urgent is the question of the safety of personal data that people transmit to government agencies. For example, during a population census, every citizen answers a large number of questions about himself, and there is no guarantee that these data will not appear on the world wide web.

Thus, part of the population of the United States who do not believe in maintaining census data suggested that this information could be used for military purposes. So, an American Michelle Bachmann experienced a lot of ridicule on herself, refusing to fill out the census forms, although, according to the Constitution, as a citizen of America, she is not obliged to provide information about herself. Her deed was deemed paranoid. Although, for example, history is known for the fact that the US government took advantage of census data to imprison people in camps. This happened during the Second World War, when they staged raids on citizens of Japanese origin, among which about 62% had American citizenship. This was made possible thanks to the transfer of the intelligence services of the state bodies that stored the results of the US census.

So, anti-Japanese hysteria began in the 1942 year after the Japanese attacked Pearl Harbor. Distrust caused any American, whose cut eyes caused suspicion. The US government even passed a law allowing declassification of confidential census data (this legislation was repealed after the end of World War II).

The census disclosure story was repeated in 2004, when the US Department of Homeland Security was given information about the place of residence of immigrants from Arab countries and descendants of immigrants from the Middle East. As a result, more than a thousand people were expelled from the country.

It must be said that at present it is unlikely that there will be a person who does not agree with the fact that all media are under the control of the Government. With the help of mass media, state structures control all information that comes to citizens. This is done by the method of distribution of subsidies, direct pressure, the introduction of specific representatives of the mass media to the directorate, etc.

So, in 1948, the US State Department conducted the operation “Mockingbird”, the purpose of which was to subdue the largest and most influential media. To carry out this operation, the Policy Coordination Office was created, controlled by the State Department. Its head, Frank Wisner, used government-controlled journalists and editors to implement this program. As a result, by the middle of 50-s, about 400 journalists worked for US intelligence services, all of which were highly professional specialists working in key media. The powers of these specialists were not only the placement of pro-government materials, but also an obstruction to publications that were not sufficiently loyal to the government. Only by 70-th years, information on the operation "Mockingbird" was publicized and was completed. But the US government did not stop controlling the media and use information warfare to achieve its goals.

It must be said that conspiracy theories always lead to the fact that people who believe in them consider themselves the object of surveillance by the special services. But government agents are also citizens of their country, who are paid for their hard work, make the necessary social contributions, provide official vehicles and equipment, etc. And all this in order to keep abreast of the affairs of large and small associations - from political parties to groups of vegetarians. It was on the initiative of the head of the FBI Edgar Hoover in 1956 that the Cointelpro project (Counter Intelligence Program) was launched, which is a kind of counterintelligence program. As part of its implementation, all political parties and public organizations were monitored, be it the Black Panther Party or the lawyers guild. Any US citizen who does not agree with the government’s position could have been subject to surveillance. For many people, 50's are associated with puffy skirts, rock and roll and funny crowds of teenagers, but no one remembers that the intervention of special services in the privacy of Americans darkened the existence of ordinary people.

The FBI employees within Cointelpro set off groups of nationalists and their leaders, introduced their agents into the environment of the leaders of the movements in order to control their every step, etc. In the area of ​​misinformation and provocation, Cointelpro agents had no equal. According to experts, Cointelpro performed its function quite successfully, and only in 70-s the project was closed. But the methods and ways of working Cointelpro are not forgotten. For example, the adviser to President Obama proposed that state agents be monitored to monitor all Internet resources in order to expose anti-government conspiracies and prevent the publication of all anti-government materials.

Food and water can also be elements of pressure on the masses.

Thus, during the war years, the Nazis, in order to obtain obedient slaves, experimented with the addition of sodium chloride in drinking water intended for prisoners. Experts say that sodium chloride is a toxic substance and at high doses is lethal to humans. Currently, tap water is undergoing weak fluoridation. People familiar with the properties of this substance believe that the government has the same goal as the Nazis.

Advertised artificial substitutes of sugar and vaccines are in doubt. Thus, the erroneous decision of US officials during the “dry law” to add toxic substances to alcohol, in order to prevent the population from drinking, led to the death of more than 10 thousand people. A similar tragedy repeated in the 70s, when the US government organized the spraying of herbicides over Mexican fields with marijuana. This did not stop the producers of the deadly potion - the harvest was harvested and sent to the consumer in the USA. And no one in the bureaucratic offices was worried by the fact that poisoned marijuana causes such serious diseases as pulmonary fibrosis and throat bleeding.

Man is a unique creature on earth, but he is not protected from the effects of various chemicals, bacteria, viruses, etc. So far no one has denied that it was the special services that initiated the creation of AIDS to reduce the black population. It's no secret that many states spend huge financial resources on the development of biological weapons. And some projects they tested on their citizens. So, according to the available information, Americans for twenty years (from 1949 to 1969) conducted 239 tests of biological substances. Among them, the spraying of bacteria in the New York subway that can tolerate anthrax or the dispersion of bacteria in the Washington airport. And no one was interested that spraying even safe bacteria could cause irreparable harm to the health of people with weakened immune systems.

As experience shows, the hidden events in which a large number of people participated, sooner or later become known. And this statement fully applies to conspiracy theories.