November 28, 2012
44
Over the past years, the main way to ensure low visibility of aircraft for enemy radar stations is a special configuration of external contours. Stealth airplanes are designed so that the radio signal sent by the station is reflected anywhere, but not towards the source. In this way, the power of the reflected signal arriving at the radar station is significantly reduced, which makes it difficult to detect an aircraft or other object made using a similar technology. Special radar absorbing coatings also enjoy certain popularity, but in most cases they only help from radar stations operating in a certain frequency range. Since the efficiency of radiation absorption, first of all, depends on the ratio of the coating thickness and the wavelength, the majority of such paints protect the aircraft only from millimeter waves. A thicker layer of paint, being effective against longer waves, will simply not allow an airplane or helicopter to take off. 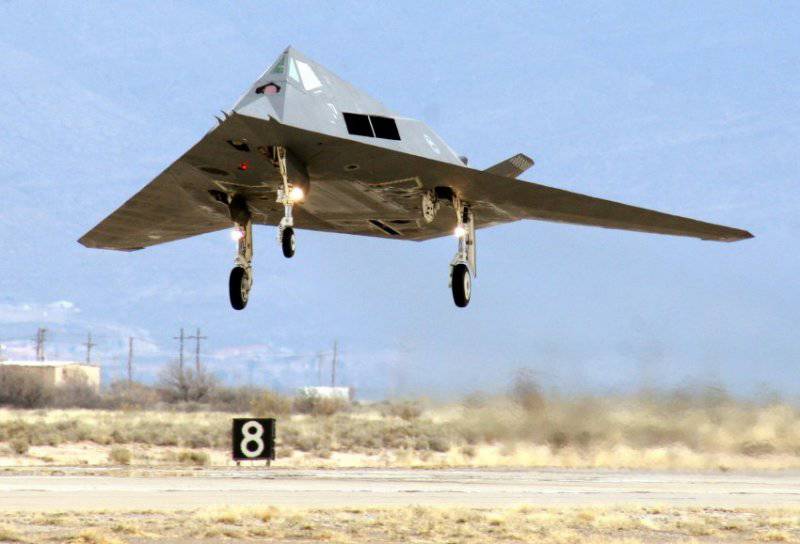 The development of technologies to reduce radio-visibility led to the emergence of means to counter them. For example, first the theory and then the practice showed that the detection of stealth aircraft can be carried out, including with the help of fairly old radar stations. Thus, the Lockheed Martin F-1999A aircraft shot down in 117 over Yugoslavia was detected using the standard C-125 anti-aircraft missile radar. Thus, even for decimeter waves, a special coating does not become a difficult obstacle. Of course, increasing the wavelength affects the accuracy of determining the coordinates of the target, but in some cases such a price for detecting an inconspicuous aircraft can be considered acceptable. However, radio waves, regardless of their length, are prone to reflection and scattering, which leaves actual the question of specific forms of stealth aircraft. However, this problem can be solved. In September of this year, a new tool was presented, the authors of which promised to resolve the issue of radar scattering.

At the Berlin ILA-2012 exhibition in the first half of September, the European aerospace concern EADS presented its new development, which, according to the authors, can turn all ideas about the inconspicuousness of aircraft and the means to combat them. The company Cassidian, which is part of the concern, offered its own version of the radar station of the “passive radar” option. The essence of such a radar station lies in the absence of any radiation. In fact, a passive radar is a receiving antenna with the appropriate equipment and calculation algorithms. The whole complex can be installed on any suitable chassis. For example, in the promotional materials of the EADS concern there is a two-axle minibus, in the cabin of which all the necessary electronics are mounted, and on the roof there is a telescopic bar with a block of receiving antennas. 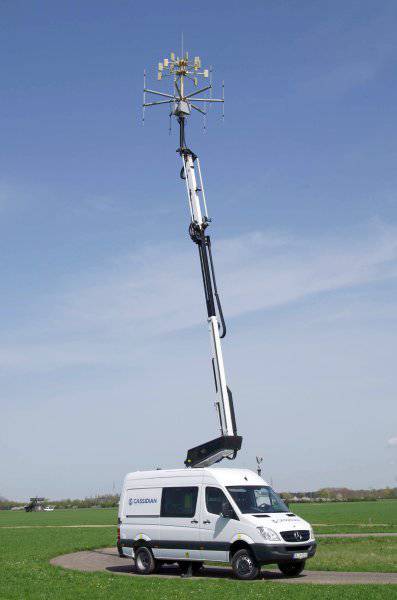 The principle of operation of the passive radar, at first glance, is very simple. Unlike conventional radars, it does not emit any signals, but only receives radio waves from other sources. The equipment of the complex is designed to receive and process radio signals emitted by other sources, such as traditional radars, television and radio stations, as well as communications using a radio channel. It is understood that the third-party radio wave source is at some distance from the receiver of the passive radar, because of which its signal, hitting a stealth plane, can be reflected towards the latter. Thus, the main task of the passive radar is to collect all radio signals and correctly process them in order to isolate the part of them that was reflected from the desired aircraft.

In fact, this idea is not new. The first proposals to use passive radar appeared a long time ago. However, until recently, such a method of detecting targets was simply impossible: there was no equipment that allows you to isolate from all received signals exactly the one that was reflected by the desired object. Only in the late nineties did the first full-fledged developments begin to appear that could provide the selection and processing of the necessary signal, for example, the American project Silent Sentry of Lockheed Martin. EADS employees, they also claim, managed to create the necessary electronic equipment and related software that can “recognize” the reflected signal by some signs and calculate parameters such as elevation and distance to the target. More accurate and detailed information, of course, was not reported. But representatives of EADS told about the possibility of passive radar to monitor the entire space around the antenna. At the same time, information on the operator’s display is updated once every half second. It was also reported that the passive radar so far only works in three radio bands: VHF, DAB (digital radio) and DVB-T (digital television). The error in detecting the target, according to official data, does not exceed ten meters.

From the design of the antenna unit of the passive radar, it can be seen that the complex can determine the direction to the target and the elevation angle. However, the question of determining the distance to the detected object remains open. Since there is no official data on this subject, it will be necessary to manage with the available information about passive radars. EADS representatives claim their radar works with the signals used by both radio and television. It is obvious that their sources have a fixed location, which is also known in advance. Passive radar can simultaneously receive a direct signal from a television or radio station, and also look for it in a reflected and attenuated form. Knowing the transmitter’s own coordinates and coordinates, the electronics of the passive radar, by comparing the direct and reflected signals, their power, azimuths and elevation angles, can calculate the approximate distance to the target. Judging by the stated accuracy, European engineers managed to create not only viable, but also promising technology. 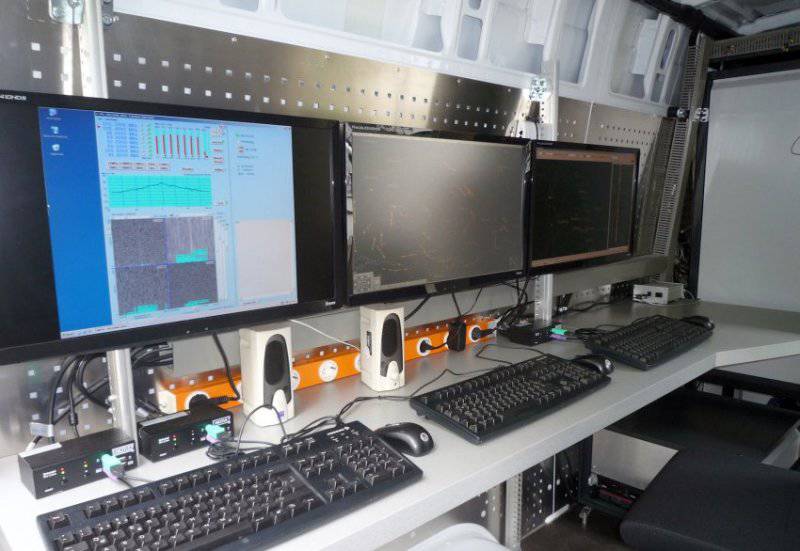 It is also worth noting that the new passive radar vividly confirms the fundamental possibility of practical use of a radar of this class. Perhaps, new countries will be interested in other countries and will also start their work in this direction or speed up existing ones. So, the United States can resume serious work on the project Silent Sentry. In addition, the French company Thale and the British company Roke Manor Research had certain developments on this topic. Great attention to the subject of passive radar in the end can lead to their wide distribution. In this case, it is already necessary to roughly figure out what consequences such a technique will have for the appearance of a modern war. The most obvious consequence is to minimize the benefits of low profile aircraft. Passive radar will be able to determine their location, ignoring both technologies to reduce visibility. Also, passive radar can make useless anti-radar missiles. New radars are able to use the signal of any radio transmitter of the appropriate range and power. Accordingly, the enemy aircraft will not be able to detect the radar from its radiation and attack with anti-radar ammunition. The destruction of all the major radiators of radio waves, in turn, turns out too complicated and expensive. In the end, the passive radar can theoretically work with transmitters of the simplest design, which at their cost will cost much less than countermeasures. The second problem for countering passive radar concerns electronic warfare. To effectively suppress such a radar, a sufficiently large frequency range is required. At the same time, the effectiveness of EW facilities is not ensured: if there is a signal that does not fall into the suppressed range, the passive radar station can switch to its use.

Undoubtedly, the widespread use of passive radar stations will lead to the emergence of methods and means to counter them. However, at present, the development of Cassidian and EADS has almost no competitors and analogues, which so far allows it to remain sufficiently promising. Representatives of the concern-developer argue that by 2015, the experimental complex will become a full-fledged means of detecting and tracking targets. For the time remaining before this event, the designers and the military of other countries should, if not develop their counterparts, then, at a minimum, form their opinion on the topic and come up with at least general methods of counteraction. First of all, the new passive radar can hit the combat potential of the US Air Force. It is the United States that pays the most attention to the stealth of aircraft and creates new designs with the maximum possible use of stealth technology. If passive radar confirms its ability to detect aircraft that are inconspicuous for traditional radars, the appearance of promising American aircraft may undergo major changes. As for other countries, they still do not put stealthiness at the forefront and this, to a certain extent, will reduce possible unpleasant consequences.