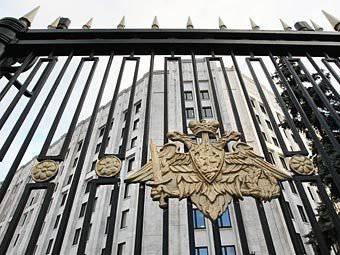 Decrees were announced this week that the posts of deputy defense minister Sergei Shoigu, instead of Dmitry Chushkin and Elena Morozova, considered to be the people of Anatoly Serdyukov, will be taken by Ruslan Tsalikov and Yuri Borisov. Obviously, the new minister is not going to work with the team of his predecessor, because such work would look like история from a fable about a swan, a crayfish and a pike pulling a cart in different directions.

One of the new deputy ministers, Ruslan Tsalikov, is a man who has been working closely with Sergei Shoigu for more than twenty years. For obvious reasons, today the Minister of Defense is not in the mood for experiments with personnel in the Ministry of Defense, and therefore he is trying to rely on trusted people in his work. Someone calls it the rudiments of manifestation of cronyism, but such a judgment does not hold water. Every person who turns out to be at a high enough post tries to pick up a professional team whose representatives can be trusted, and who have managed to prove themselves as worthy employees. The clan system begins when, even in the absence of effective activity, the department acquires "its people", as it was with the previous frame. If this is considered clan-like, then it manifests itself in any state of the world in which a certain political force comes to power. The clan system in Washington, the clan system in Paris, the clan system in Berlin ...

So, Ruslan Tsalikov, who worked side by side with Sergei Shoigu, when he was the last head of the Emergencies Ministry, and during the governorship in the Moscow region, is the deputy minister in charge of the financial aspects of the development of the army. After a series of corruption scandals in the Ministry of Defense, this post looks significant, because not only the image of the Ministry of Defense, but also the future of the entire military reform depends on rational financing and the degree of efficiency of spending. If Tsalikov manages to build a system in which competent control will be exercised over the financial component of the main military department, then the modernization of the army itself will no longer be skeptical by the military and representatives of, let's say, civil society.

Tsalikov has a wealth of management experience. For four years he served as Minister of Finance of the Republic of North Ossetia (1990-1994). It was a difficult time, not only for North Ossetia itself, but also for the whole country. However, according to experts who are familiar with his activities, Tsalikov did everything to protect the republic from financial influence from the forces supporting extremists in the North Caucasus, and was one of those Ossetian politicians who prevented the very idea of ​​rejecting the North Caucasus Russia. This alone gives a reason to talk about Tsalikov as a strong state figure and manager who is able to solve the most complicated tasks without falling under the negative external press.
Active work in the republican ministry led Ruslan Tsalikov to the Emergencies Ministry, where he was engaged in financial and economic activities for a number of years. Thanks to his work, too, the Ministry of Emergency Situations became one of the best-equipped departments of Russia, to which representatives of the Ministry of Internal Affairs and the Ministry of Defense paid attention.

After Sergei Shoigu’s transition to the governor’s post in the Moscow region, he took Ruslan Tsalikov into his deputies. Therefore, we should count on the fact that Tsalikov is the person who can really be trusted, and this, it must be admitted, has become very rare in our Ministry of Defense lately: trust has been weathered like an ephemeral scent when the window is wide open.

The post of deputy minister in charge of armaments was taken by Yuri Borisov. He graduated from the Pushkin Higher Command School of Air Defense. In addition, there is in Borisov’s baggage a diploma from the Moscow State University.

From 1974 to 1998, Yuri Borisov served in the Armed Forces, after which he moved to the position of general director of ZAO NPT Modul. At one time this company was engaged in the creation of software and hardware for computer equipment, used, inter alia, in the military sphere.

For four years (2004-2008), Borisov worked as head of the radio-electronic industry and control systems department, as deputy head of the Federal Agency for Industry. It was this section of work that Yury Borisov brought to the Ministry of Industry, and then to that segment of the Government of the Russian Federation, which is connected with the activities of the Military Industrial Commission, which is responsible for work in the field of the State Defense Order.

Based on the biography of Yuri Borisov, it follows that it was not by chance that the man turned out to be the deputy minister of defense. Despite the fact that Borisov does not belong to the so-called “Shoigu team”, he is called to the department to solve urgent problems of solving problems with the state defense order. In recent years, this problem has moved into the category of one of the main ones, leading to a significant inhibition of military reform. Considering that Borisov himself is well aware of the state of affairs in the Russian military-industrial sector, this gives him the opportunity to say that he can reasonably approach contracts with suppliers, and indeed, it’s no secret to negotiate more actively in plan to start implementing large-scale industrial projects.
The new deputies of the new Minister of Defense, at least because of their professional features, no longer look like random people to the Ministry of Defense. In this regard, we can say that the “hen party” in the main military department of Russia is over. In the place of employees who managed to show their clearly not high professionalism in the light of the current sequence of corruption scandals, completely different people come.

You should not give out unnecessarily large advances, but I would like to hope that the professionals in the Ministry of Defense, who have occupied, perhaps, the most troublesome positions, will justify the trust that they have had.

Today, the Ministry’s financial, economic, and military-technical divisions have the primary task of establishing a qualitative dialogue with manufacturers of weapons and military equipment at such a level that there are no slips with the implementation of the State Defense Order, which have drunk in recent years. The task is certainly difficult, but far from random people are commissioned into the ranks of the top leaders of the Defense Ministry.