November 19, 2012
17
Recently, factory testing of the MTR mobile test sample began. During the tests, cargo with a gross weight of 300 tons was transported to 92 kilometers. Conducted stress testing is required to ensure the operation of BBM at high ambient temperatures, to overcome steep climbs and work at high altitudes. Actually, the transported cargo included:
- MTR itself, weighing 30 tons;
- 2 military machine "ULAN PT5", the total weight of 28 tons;
- 1 SK-105 Kürassier, light tank weighing 18 tons;
- 1 military truck with a load, the total weight of 16 tons.

The model “MTR” of the platform “SV” is an element (combat chassis) of the future series of AFV combat armored vehicles for the British armed forces. AFV programs AFV will replace the series of CVM (T). Tests are held in Austria at the factory of the company “GDELS”, which is the European branch of the American corporation “General Dynamics”. Tests are conducted to test the "MTR" before conducting the main tests. First of all, the engine capabilities of the 8V 199 TE21, chassis, gearbox are tested. In addition, factory tests showed the ability of the presented sample to withstand high temperatures, to ensure high performance. The 8V 199 TE21 engine is the latest development of the German company MTU. Major innovations - improved air intake system, improved turbogenerator operation, optimized cooling and fuel supply systems, which provided 600 kW (815 hp) at 2000-2300 revolutions per minute with 3000Nm torque. Such characteristics characterize the SV-platform as the most powerful in its class. GDELS will also conduct a series of tactical mobility tests of MTR at maximum own load in 42 tons to meet the stringent requirements for the SV platform. The factory test complex will be completed at the end of the 2012 of the year.

Following the plans of the Defense Ministry of Great Britain on the SV platform, a series of AFV combat armored tracked vehicles will be created, the required number of vehicles - 4000 units. The UK plan is designed for 30 years.

After finishing the factory tests in 2012, MTR will be sent to the following stress tests in Seville, Spain, where this element of the SV platform will undergo a grueling ALT accelerated test to determine operational and other characteristics for future combat missions. After the tests, during which MTR will pass at least 10000 kilometers, according to their results, the design and construction of the six main machines on the SV platform will begin. 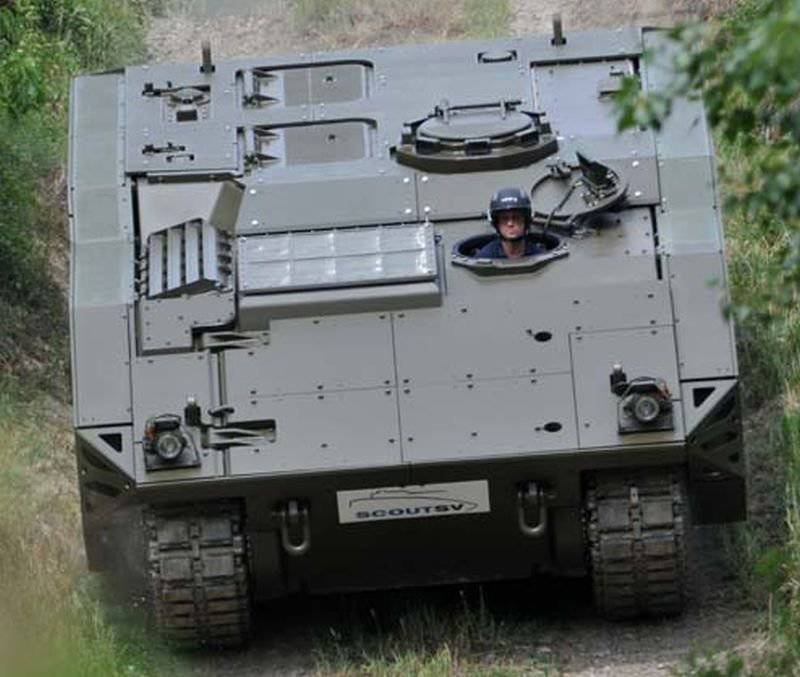 The British Defense Ministry in the PR12 review has confirmed funding for the AFV program (BBM), part of which is the development of the SV platform. By this, it confirmed the plans for the reorganization of the armed forces before the 2020 year. In the UK, General Dynamics UK will supply the latest modern warships in various versions, providing ISTAR's advanced capabilities - reconnaissance, surveillance, target detection and target designation, ensuring maximum protection for military personnel when performing combat missions. Development of the SV-platform being a variant of “MOTS” will bring economic and industrial benefits to the UK, will allow to attract a foreign customer for AFV. Armored personnel carriers will be created in the UK (80 percent) with the involvement of British companies in the production of 70, which will save jobs and create new ones.

Prior to 2020, about 5.5 billion pounds will be spent on the AFV program. The entire program, apart from costs, will provide the UK with an economic effect of almost 10 billion pounds. A contract has already been signed with the English branch of Lockheed Martin for the development of a tower part for BMM in the reconnaissance version. The Thales subsidiary in Scotland will produce and supply sets of optics and electronics, which will include commander and gunner sights. They will be built using the latest Orion technologies for intelligence and target designation. In total, 12 contracts were signed with British companies and some European companies. As the AFV program develops, new British companies will be attracted to it, which will increase the economic return of the entire program.