November 3, 2010
2
Discussions about the quality of Russian UAVs are poured into the purchase of foreign technology

In mid-October, it became known that the assembly of Israeli drones would begin soon in Kazan. This message caused a mixed reaction, and its discussion once again demonstrated the entire set of problems of the development of UAVs in Russia.

The Oboronprom Corporation 13 of October entered into an agreement with the Israeli IAI concern for the supply of components to the Kazan Helicopter Plant, which will be producing UAVs. The contract runs in the year 2011 and is designed for three years. The exact amount of the transaction is not disclosed, but the press of the Jewish state already calls the numbers within 400 million dollars.

Separately, it was clarified that the drones are intended "for the needs of civilian consumers." This form of politeness once again exacerbated the discussion about the development and supply of domestic drone for the Russian power structures. 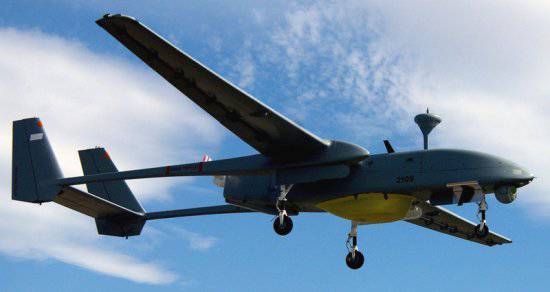 DO YOU HAVE A DOMESTIC?

Information that the Russian unmanned vehicles do not suit the military has been circulated by the media for a long time. Last year, arrows directed at domestic metal manufacturers by the Air Force Commander of the Russian Federation Alexander Zelin, declaring their refusal to purchase the UAVs they created for our military aviation. In April 2010, First Deputy Minister of Defense Vladimir Popovkin sharply criticized Russian UAV designers. Five billion rubles allocated for research and development and military tests, he said, were actually wasted. “We have gathered from all over the country all that was. Not a single drone could stand the test program, ”Popovkin was indignant.

In September, 2010, at the 252 training ground of the Ministry of Defense in the Nizhny Novgorod region, another “review” of domestic drones took place. According to the results of the tests, the Ground Forces Commission made a number of streamlined comments about “UAV manufacturers that have advanced significantly in their work” and “interesting samples” that can be put into service in the future - “with appropriate revision”. Translated into Russian, these stationery language apparently should mean that, according to the military, Russia still does not have unmanned equipment of the level that the army needs.

Domestic companies involved in UAVs, with a harmonious chorus, criticize the very idea of ​​buying foreign cars. About a month before the conclusion of a deal on the Kazan project, the general director of the Vega concern, Vladimir Verba, said that the industry could independently create functional analogues of Israeli UAVs already by 2013 year. “Give us the money, we will do it ourselves” - the position of Russian businessmen working in this field can be understood: the industry has suffered extremely heavy losses in the 90s and needs to be stabilized through elementary stimulating state order ... But you can understand Vladimir Popovkin, when he claims that the state has already spent billions of rubles on military unmanned programs and has not received anything even closely resembling a decent machine.

For those samples that have already been adopted, the army also has a lot of complaints. A lot of unflattering words were said about the Stroy-P complexes with the Bee UAV, despite the fact that this heavy drone with a bulky base and launch system was a loyal assistant to the intelligence of the Airborne Forces during both Chechen campaigns. Even after modernization (on the R & D on which they spent over 400 millions of budget rubles), the complex, according to military estimates, shows completely insufficient possibilities for the removal and prompt transfer of intelligence information.

The new Tipchak apparatus, which passed military trials right during the “five-day war” 2008, also causes skepticism. First of all, due to the extremely small effective range (total 40 kilometers, which, according to General Vladimir Shamanov, in full-scale hostilities will immediately be halved due to the need to divert Tipchakov launchers from the impact of enemy artillery artillery) , complaints against the electronic components base and the poor stabilization of surveillance cameras (which results in extremely poor-quality pictures). Secondly, to put it mildly, the cost confuses - 300 million rubles for the complex. “We still need to see if the machine needs this troops,” he hinted at the ambiguous future of Tipchak Shamans, holding a meeting on the development of military UAVs in 2009. 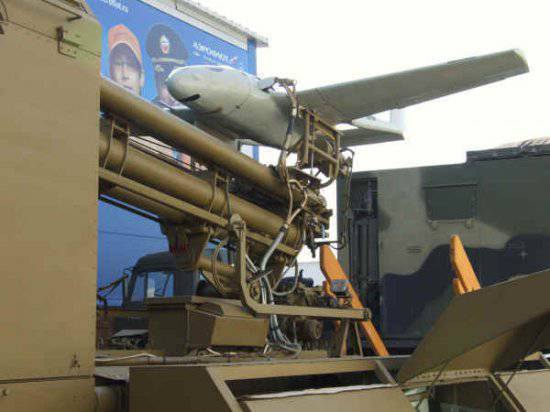 Today, drones are becoming a key link in the tactical situation lighting systems, a critical component of modern military infrastructure. Russian law enforcement agencies, it seems, are not yet ready to directly buy drones abroad, preferring to achieve results from domestic designers. The FSB, represented by its border guards, has repeatedly stated that, despite the dire need for unmanned control of state borders, it will not acquire foreign UAVs, although tests of such samples have been carried out. After the war with Georgia, the Ministry of Defense is in much more constrained conditions: modern UAVs are needed by the army like air.

"Screwdriver assembly" of Israeli UAVs at a Russian plant is an attempt to get technical solutions that are not available from our manufacturers. This, of course, is not yet a full-fledged transfer of an important defense technology, but at least the first step towards it. In addition, such a move should also encourage domestic developers - in fact, this contract has made the “last Chinese warning”, and looming, if not, then at least a sensitive reduction of the desired state order looms ahead.

However, the “licensed” assembly of Israeli UAVs cannot even be considered a palliative solution to the problem of supplying drones to Russian law enforcement agencies. The inconsistency of the statements of the FSB and the Ministry of Defense points to the absence of a unified coordinated strategy uniting the interests of all interested government agencies in the design and operation of unmanned vehicles. And this problem with the strategy certainly has nothing to do with the ability of our developers to issue ordered products accurately and on time.

On the other hand, it is impossible to allocate whatever large-scale funding for the development and production of UAVs in Russia without an understanding of what devices are necessary for law enforcement agencies, how much, for what purposes, what their characteristics should be and how production and technological capabilities and operational interests of departments should be deployed in a single line of samples of domestic unmanned vehicles. Otherwise, as world practice shows, it has a habit of blooming haphazard lobbying of individual manufacturers and intermediaries, gradually leading to inadequate spending of the military budget and setting systems for weapons that do not meet the real needs of the army and special services.

Therefore, before agreeing on a unified approach to the construction of unmanned aerial fleet the law enforcement agencies can only accumulate experience in operating foreign machines, and the industry that has received the "three with a plus" can study their structural and technological features. If everything is done as it is now, then in a few years we will see domestic samples suitable for wide operation, created by repeating Israeli technologies at our production base. The development of original Russian drones of the latest generation by this time is also possible, but a conservative inertial scenario with copying foreign solutions still seems more likely.