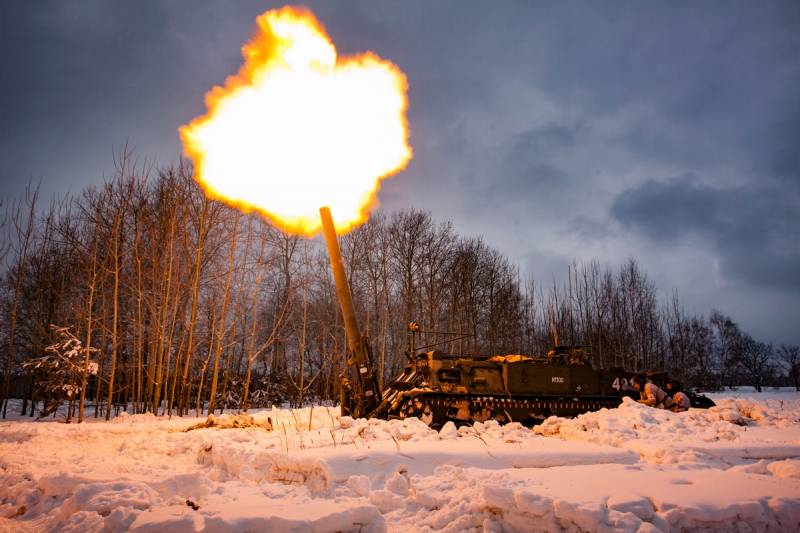 Mortar 2S4 "Tulip" launches a 240-mm mine. Photo by the Ministry of Defense of the Russian Federation

Despite the simplicity of the design, the mortar is capable of solving various fire missions and firing over a wide range of ranges. Such opportunities are provided by various design features of the gun itself and ammunition for it. In particular, a certain contribution to the overall combat capabilities is made by the use of the so-called. variable propellant charges that allow you to change the initial speed and range of the mine.

A mortar or artillery mine, like the mortar itself, is distinguished by a certain simplicity of design. Shots of this kind are carried out in a streamlined body. Obturation belts are located in the widest part of the body, ensuring maximum use of the energy of powder gases. The tail of the mine is usually made in the form of a tube with side holes and an open end and is equipped with several stabilizer feathers.

In preparation for firing, a propellant charge is placed in the tubular shank of the mine in the form of a cardboard tube with gunpowder and a primer. When ignited, the cartridge burns out, and the powder gases flow from the shank into the bore and push the mine out of it.

82-mm mines for battalion mortars arr. 1937 / 1941 / 1943 etc. boat charges. Graphics from the mortar manual
Initially, the firing range of such ammunition was set only due to the elevation angle of the barrel. This method made it possible to solve fire missions, but imposed certain restrictions. So, the small volume of the shank limited the mass of the propellant charge and, accordingly, the initial speed and flight range.

In the twenties and thirties, several countries found and introduced a new way to increase the firing range - the use of a variable propellant charge with the main cartridge and several additional elements. In fact, this idea was borrowed from howitzer artillery and adapted to the design features of the mortar and its shots.

In general, the idea of ​​a variable charge was quite simple. In preparation for firing, additional caps or modules with the required amount of gunpowder are attached to the tail of the mine. When burned, such charges increase the initial energy of the mine and increase the flight range. Changing the number of modules in combination with setting the optimal aiming angle allows you to more flexibly control the firing range.

In our country, such solutions were widely implemented in the second half of the thirties - simultaneously with the entry into service of new 82-mm battalion and 120-mm regimental mortars of several models. For mines of various calibers, they developed and produced their own variable charges. 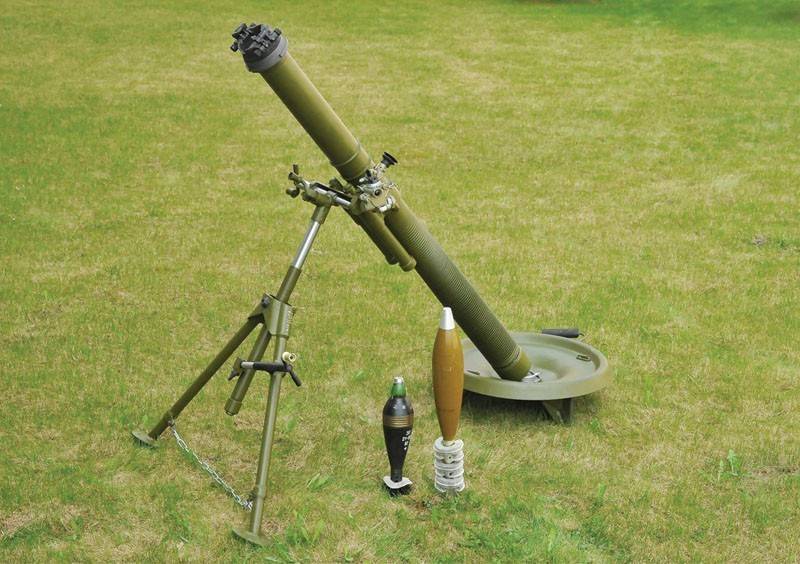 Mortar 2B14 "Tray". In the foreground are mines of various types with additional beams. On the right - full charge. Photo Arms-expo.ru
This method of increasing the firing range has shown itself well in tests and in practice, incl. in real fights. They did not abandon it, and the development of such a concept continued over the next few decades. In the future, all new families of mortar shots got the opportunity to change the hitch.

Variable charges are still used today. Mines with such equipment are included in the ammunition load of almost all modern domestic mortars - from the 82-mm 2B14 Tray system to the 2S4 Tyulpan self-propelled gun.

A variable charge for a mine can be made in many ways. So, in early Soviet projects of this kind, three options for the design and placement of additional charges were used at once. Later, according to the experience of production and operation, two of them were abandoned, and all modern systems manage with only one scheme. 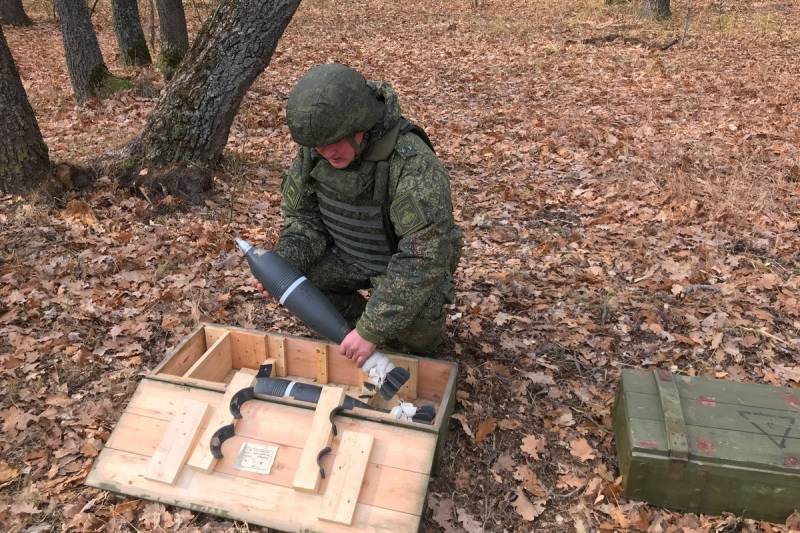 Mortar with 120 mm rounds. Mines are equipped with additional charges. Photo by the Ministry of Defense of the Russian Federation
82-mm mortars of the late thirties used mines of different types with different tails, and two different options for additional charges were intended for them. So, for mines with six stabilizer feathers, the so-called. boat charges. These were small bulging bags with 7 grams of gunpowder in each. With the help of a lace, they were attached between the feathers of the mine.

For a ten-pointed mine, a charge-ring was developed. In this case, 13 g of gunpowder were placed in a flat annular cap, put on the shank. One such ring increased the propelling charge of the mine to 21 g and accelerated it to 130 m / s at a range of more than 1500 m. A full charge with three rings (48 g) gave characteristics at the level of six “boats”. 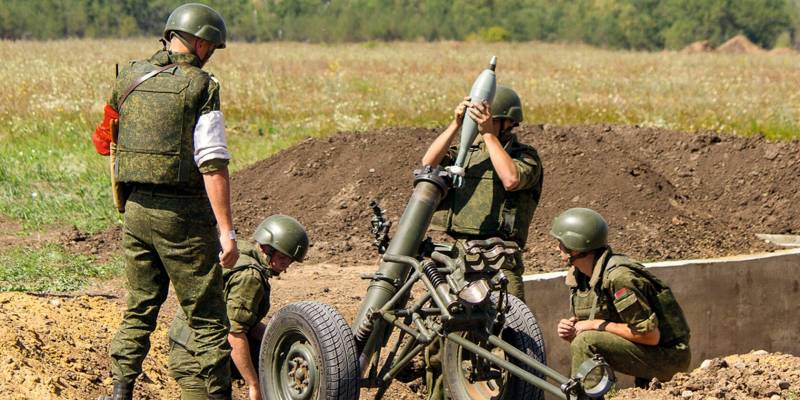 Shooting from a mortar 2B11. Photo by the Ministry of Defense of the Russian Federation
In caliber 120 mm, the so-called. bundles - thin long bags of gunpowder, fastened to the shank with a cord. Each such beam contained 70 g of gunpowder. The main 100-g charge accelerated the mine to 120 m / s and sent it to a distance of up to 1340 m. The main cartridge with one beam gave a speed of 156 m / s and a range of 2,3 km. With five beams, it was possible to obtain a charge of 450 g and a speed of more than 270 m / s. The range in this case was 5,7 km. However, not all mines were allowed to be used with the most powerful charges in order to avoid destruction.

Currently, the Russian army is armed with a number of mortars in caliber from 60 to 240 mm. Almost all such systems can use variable charges to smoothly change the firing range of all standard mines. In addition, there are reinforced long-range charges that allow you to get maximum range.

Mortars 2B9 "Vasilek" and 2B14 "Tray" use a unified family of 82-mm mines. The mass of ammunition, depending on the type, is 3,1-3,2 kg or more. For the Tray, the minimum firing range is 85 m - with the main charge and the maximum elevation angle. Other aiming angles and the use of beams make it possible to bring the range up to 3,1 km. A special long-range charge increases the range by another 810 m.

120-mm transportable / towed mortar 2B12 "Sani" uses mines weighing at least 15-16 kg. In this case, the minimum range reaches 480 m. A variable charge with a different number of beams gives a maximum range of 5,9 km, and a long-range charge brings this parameter to 7,2 km. 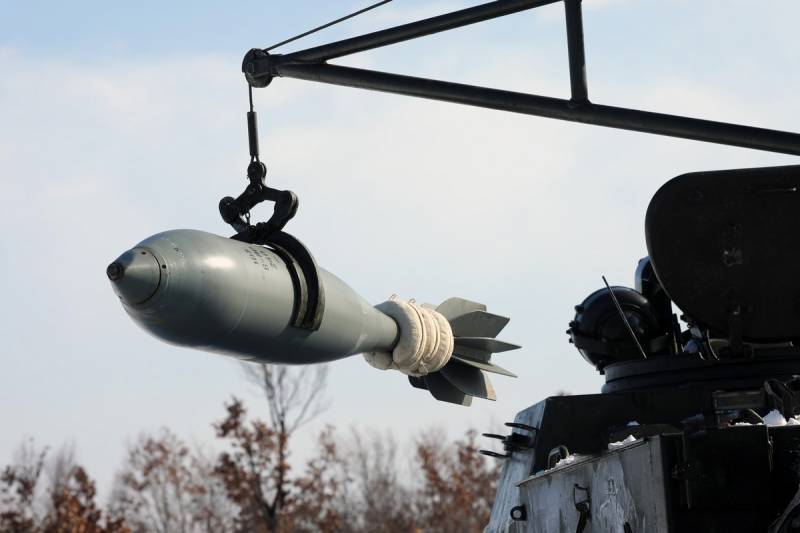 240-mm mine "Tulip" in the process of feeding to the gun. Additional bundles are tied to the shank. Photo by the Ministry of Defense of the Russian Federation
The most powerful in its class is the 2S4 Tyulpan self-propelled mortar based on the 240B2 8 mm gun. This system uses various types of ammunition weighing from 130 to 228 kg, equipped with both the main charge and additional beams. The minimum firing range of the Tulip, depending on the type of shot, does not exceed 700-800 m. Conventional and guided mines hit targets at distances of 9,5-9,6 m.

An interesting feature of the 2B8 and 2S4 products is the presence of active-reactive ammunition in the ammunition load. High-explosive fragmentation, cluster and incendiary mines of this class, when launched with a maximum charge, fly 19 km or further.

Mortars are still one of the most important components of field artillery. Due to a number of design features, they combine ease of production, ease of use and fairly high performance characteristics. In addition, a wide choice of ammunition increases the flexibility of using such weapons.

It is obvious that a significant contribution to the overall results of the entire class of weapons is made by variable charges of mortar mines. It is they that allow the use of regular mines and hit objects in an extended range of ranges. And it can be assumed that the further development of mortar weapons will continue to be associated with the main charges and additional beams.