Mystery of the fourth planet 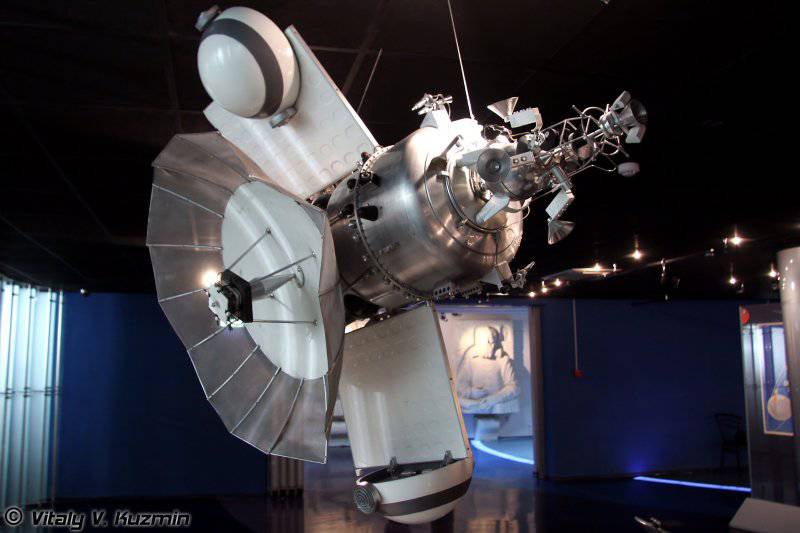 Mars is located on the border of the so-called "zone of life" - the climatic conditions on the planet are much tougher than those on Earth, but still acceptable for organic life forms. In the summer at the equator at noon, the temperature reaches plus 20 ° С; in the long winter it can fall below minus 140 ° С - twice as cold as the most fierce winter in Antarctica.

Mars is 9 times lighter than Earth. The atmosphere of the Red Planet on 95% consists of carbon dioxide, and its density corresponds to the earth's atmosphere at an altitude of 40 km - a walk without a spacesuit will end for a person with instant death.

On the surface of the Red Planet there is the highest volcano in the Solar System * - the height of the Martian Olympus 27 kilometers, the base diameter 600 kilometers. The slopes of a long extinct volcano are framed by steep seven-meter abysses - there must be a spectacular landscape! The mountain is so high that at its top atmospheric conditions correspond to open space.

The longest and deepest canyon in the solar system is also located on Mars. The Mariner Valley extends along the equator for 4500 kilometers, and its depth reaches 11 kilometers ... 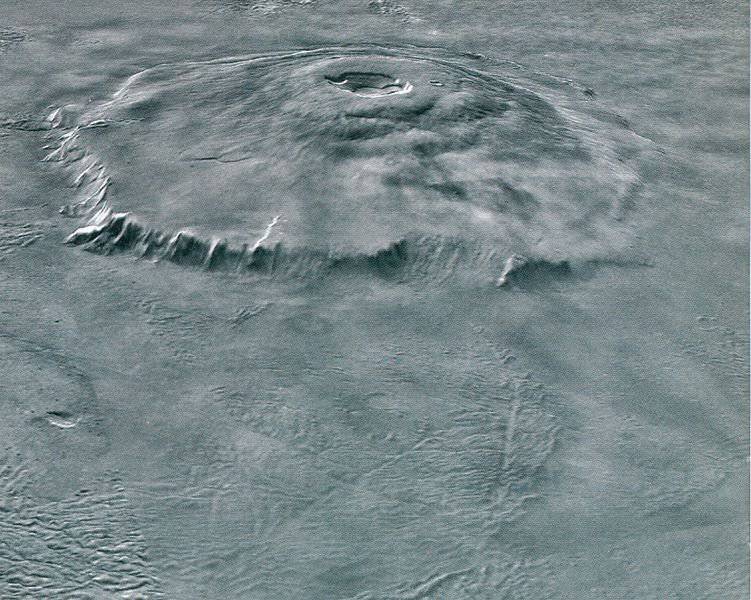 As you may have guessed, Mars is full of sights and mysterious places. Mars has long attracted the attention of earthly explorers - a planet close to us, with its own atmosphere and all the signs of favorable conditions for the emergence of extraterrestrial life. The real sensation caused the discovery of "channels" on the surface of Mars - even the most stubborn skeptics then believed in the existence of a Martian civilization.

Dozens of years have passed and the “Martian channels” turned out to be an optical illusion. Sensitive spectrographs found the absence of oxygen and water vapor in the atmosphere of Mars - the key elements for the origin of life (at least in our, earthly sense) melted away the last hopes for finding brothers in mind. But the dream of a faraway beautiful world has remained, where apple orchards may someday bloom ... 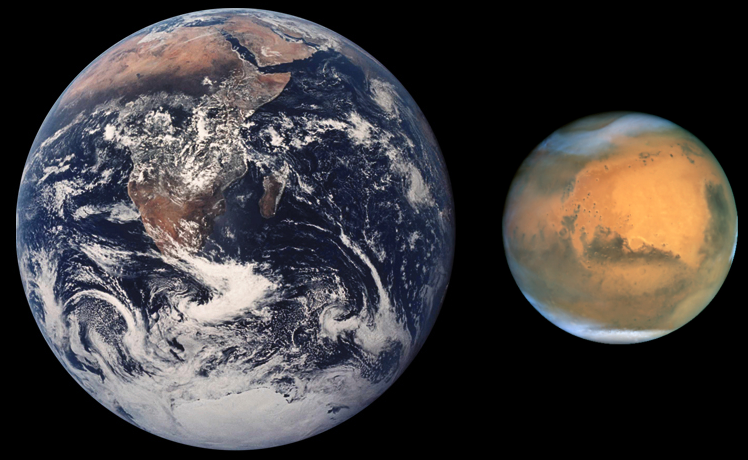 Exactly 50 years ago, 1 November, 1962, the Mankind took a step towards its dream: the Soviet spacecraft was first put on a flight path to the Red Planet. The automatic interplanetary station Mars-1 was supposed to deliver half a ton of scientific instruments and equipment to the target. Soviet scientists planned a truly daring expedition: the device had to check the possibility of long-range space communications, study the properties of the interplanetary medium, collect data on cosmic radiation and micrometeorite fluxes, take a picture of Mars at close range, study the magnetic field and characteristics of the atmosphere of the Red Planet, and as far as possible, try to answer the question: "Is there life on Mars?".

The Molniya launch vehicle successfully brought the station to near-earth orbit, the upper stage turned on, and Mars-1 set off on its long 7-month journey to the Red Planet.
The interplanetary probe silently flies into the icy emptiness, only occasionally “tossing and turning” from side to side. Most of the time, the panels of its solar cells are directed strictly at the Sun, but at a certain moment, light-sensitive sensors peer into the velvet blackness of space, trying to examine the flickering of the Canopus star - the orientation of the probe is “tied” to this point. Having obtained the necessary data, the on-board computer calculates the new position of the station in space - the antenna turns towards the Earth. It's time to transmit telemetry. During the flight, Mars-1 conducted a 61 radio communication session, during which it transmitted to the Earth valuable information about the strength of the magnetic fields of the Earth and the interplanetary medium, about the properties of the "solar wind" - the flow of charged particles from the Sun and meteorite streams. 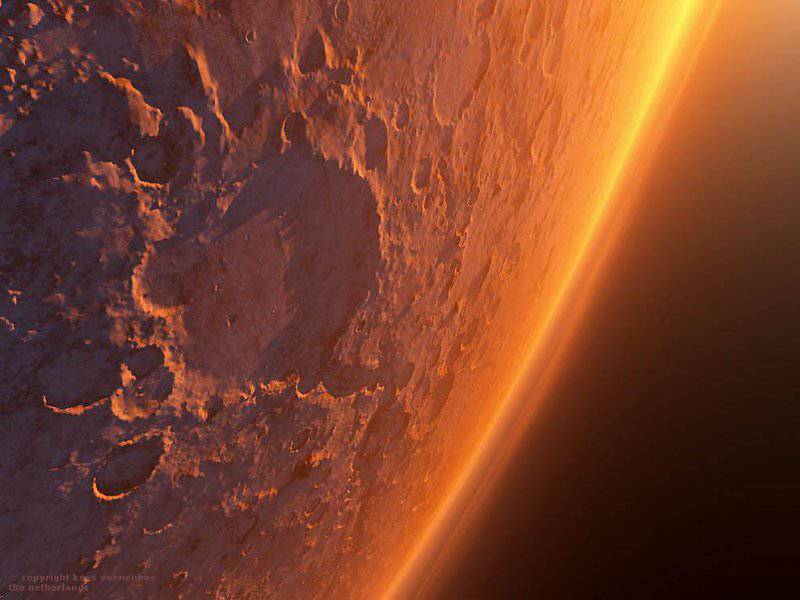 Crater Gusev. The rover Spirit worked here.
But the scientists' dreams did not come true - at a distance of 106 millions of kilometers from Earth, a depressurization of the orientation system cylinders occurred. Together with compressed nitrogen, Mars-1 lost its orientation capability in space. In vain the probe called its creators for help - the signals from the probe could no longer be heard on Earth.
19 June 1963, according to ballistic calculations, the Soviet interplanetary station passed in the vicinity of Mars, becoming the first man-made object to visit the Red Planet.

Why in space battleships

The sixties of the twentieth century became a time of genuine triumph of the Soviet cosmonautics: the first man in space, the first multi-seat spacecraft, the first step into emptiness - going beyond the spacecraft in a spacesuit, the first maneuvering in orbit, the first photograph of the far side of the moon, the Soviet stations on the surface of Venus and Mars ... The USSR launched spacecraft annually into 100 orbit - in our time, so many countries of the world do not launch together.

Expeditions to distant planets required the creation of an appropriate ground infrastructure, first of all, long-distance space communications systems. It was necessary to hear a weak “squeak” of the interplanetary probe through hundreds of millions of kilometers of outer space, through noise and magnetic storms, through the solar wind and signals from terrestrial radio stations. 100 million kilometers ... how to imagine such an incredible distance? A car racing along the highway at a speed of 100 km / h will require 114 years to cover this distance! 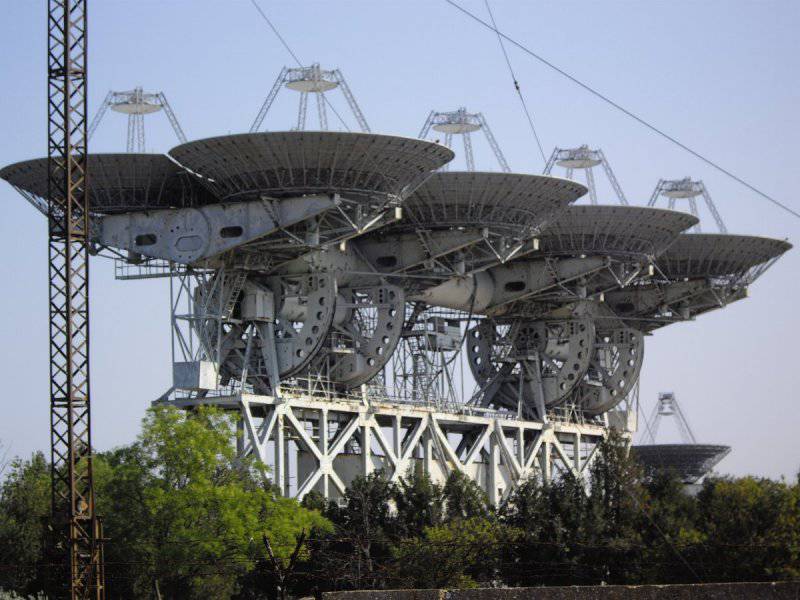 The challenge required an extraordinary solution. As a result, in the vicinity of Evpatoria, three strange objects appeared - the antennas ADU-1000 of the Pluto system of remote space communications. There are three of them - two receivers and one transmitter. Each antenna ADU-1000 is a block of eight parabolic plates with a diameter of 16 meters mounted on a turntable. Total weight of the construction - 1500 tons!
At any time, at the request of the operator, the antenna unit must direct its “gaze” to the desired point in the sky. But how to achieve perfect pointing accuracy - up to 1 angular minutes, if the moving parts weigh more than a thousand tons?

Here shipbuilders came to the aid of radio astronomers. 8 antenna "plates" are fixed on a huge span of a railway bridge, and the whole system is mounted on a turntable of a main caliber tower from an unfinished battleship "Stalingrad". Know ours!

Mars is waiting for new heroes

Over the previous 20 years, Russia sent only two scientific expeditions to Mars: the failed Mars-96 and the notorious Phobos — Grunt. Despite the vigorous statements of representatives of Roskosmos: “Yes, all nishtyak! We'll fix it right now and it will work, ”it became clear even to the common people that the Russian space program is in a deep cesspool. Technologies for space exploration are a great legacy of the USSR, for Russia as an old grandfather's suitcase with tools: it is hard to drag and throw away. How to fix the situation? The base on the moon is unlikely to help, maybe it is better to pay all attention to the quality of the preparation of space launches.

Are there any positive moments in this stories? Of course! Despite the lack of their own launches, Russian specialists regularly participate in NASA programs. For example - the joint Russian-American expedition Mars Polar Lander. Unfortunately, the mission was unsuccessful - the device crashed during landing. Do not whistle and shake your head so deafeningly - over the past 15 years, the Americans themselves have killed three Martian expeditions. The truth is there is a nuance: in addition to the three failures, they had 8 successful missions.

Yes, space exploration is not an easy walk, but I believe that there are no limits to the human thirst for knowledge. The Phobos-Grunt expedition must be repeated - the next time the vehicle successfully delivers the ground from the Martian satellite to Earth. But it is necessary to hurry up - calculations show that Phobos has too low orbit, in a few years it will burn in the Martian atmosphere. 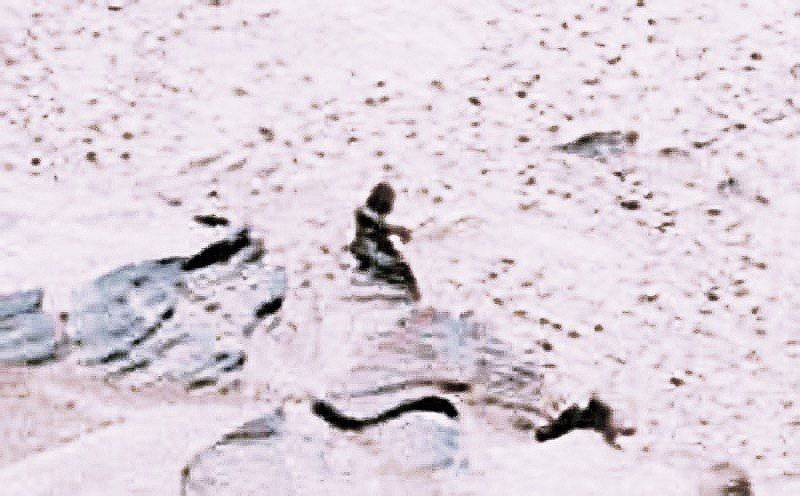 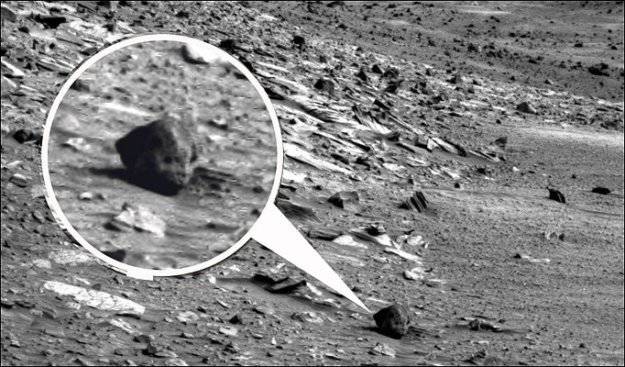 In the red dust, at a temperature of minus 100 degrees Celsius, the Spirit and Opportunity rovers found ancient human heads. Believe it or not. Want - no ...

* The Mars Olympus Volcano is the highest among all the peaks known to us on the planets and satellites of the Solar System. The highest volcano on Earth is almost three times lower than the Martian giant - the height of the volcano Mauna Kea is only 10 kilometers. No, the author has not gone mad and well knows that the greatest summit of the world is Mount Everest (8848 m). The trick is that the Mauna Kea volcano is located not on land, but on the bottom of the Pacific Ocean - only the summit of 4205 meters rises above the water. But in fact, the highest is the underwater volcano.