"Rheinmetall" is going to Russia

November 2, 2012
48
A couple of weeks ago in the press there were reports of the purchase by the Russian Ministry of Defense of GTK Boxer wheeled vehicles of German-Dutch production. These armored cars are allegedly already being tested at Russian test sites. Of particular interest to the reports were the words of a certain anonymous media source, who spoke about the ongoing negotiations on the deployment of the Boxer licensed production at Russian enterprises. Over the past days, there was no official information on procurement, or at least on negotiations on their subject. Yes and news About GTK Boxer has given way to a more up-to-date informational “scene.” 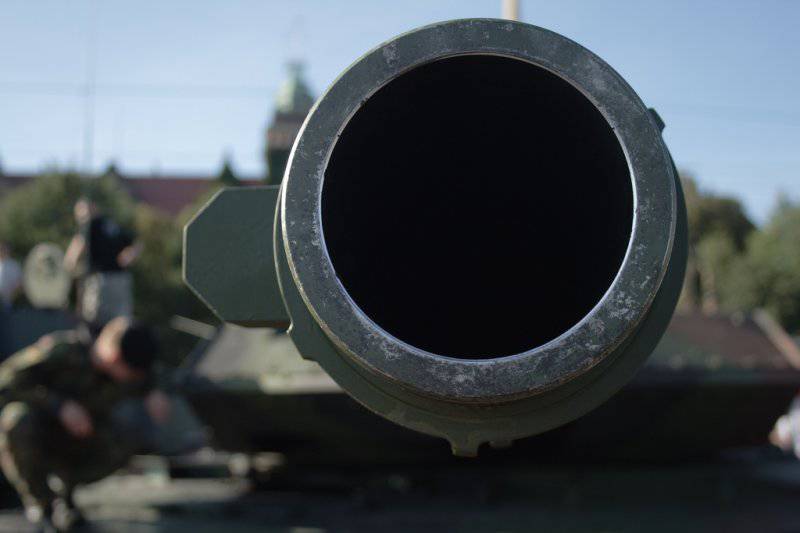 In the last days of October, the German press issued an interview with Klaus Eberhardt, chairman of the board of the Rheinmetall AG concern. In the course of the conversation with the journalist, the head of the company spoke about the prospects of various types of equipment and about the export possibilities of one or another product of the concern. However, for Russia, other words by Eberhardt are much more interesting. As it turned out, Rheinmetall AG sees great contractual prospects not only in the Middle East region, but also in Russia. Such views of the largest German company producing weapons and military equipment look quite interesting, including in the context of rumors about Boxer armored cars. The fact is that Rheinmetall played an important role in the creation of these machines.

At the same time, it is necessary to recall the news that appeared last fall. Then the Russian Ministry of Defense and Rheinmetall AG announced the signing of a contract to equip the Ground Forces Combat Training Center. According to the terms of the contract, the German concern should supply and install a set of equipment at the Mulino landfill (Nizhny Novgorod region). Until 2014, a training center will appear at the base of the landfill with a total area of ​​about 500 square kilometers and the possibility of training up to 30 thousands of servicemen a year. There is evidence that all training complexes designed for testing shooting will be based on laser technology. The contract for the construction of the Combat Training Center is the first major contract of Rheinmetall, concluded with the Russian military. This fact was highlighted by representatives of the contracting company and the customer represented by the Ministry of Defense.

Apparently, the management of Rheinmetall AG saw the potential of cooperation with Russia and considered it very good. It is possible that the Germans were led to such cooperation by analyzing the latest steps taken by the Russian Ministry of Defense in the area of ​​purchasing foreign equipment. So, the Italian armored vehicles Centauro and Freccia are only being tested for the time being, and the Iveco LMV is already produced in Russia under license. It is likely that Rhinemetall hopes to offer the Russian Ministry of Defense any samples of its products and try to sell them, including in the form of a production license. In this case, the German concern can be helped by the fact that it is engaged in the production of a fairly wide range of products, from small-scale weapons and ammunition to armored vehicles and air defense systems.

During the discussions of Herr Eberhardt’s statements, last year’s scandal “surfaced” over the comparison of Russian and German costs tanks. Recall, then, in the statements of some of our generals, the German Leopard 2 main tank (manufactured by Rheinmetall AG) fell in price, up to the point that it became cheaper than domestic combat vehicles. Moreover, the statements of the military leaders were in direct conflict with the official data on the cost of the compared machines. “Cheap” German tanks were mentioned in the light of the greater benefit of buying such equipment abroad, rather than from their manufacturers. However, prices were sorted out soon. It is unlikely that the management of Rheinmetall then accepted the statements as a direct guide to action, and the Russian military does not yet show much interest in foreign heavy tracked vehicles - Armata's own project is currently underway in this area. Judging by the purchases of Italian wheeled armored vehicles, it will be more profitable for the Germans to offer the Russian military department a wheeled platform GTK Boxer. However, all information about such a proposal has so far been limited only to rumors. 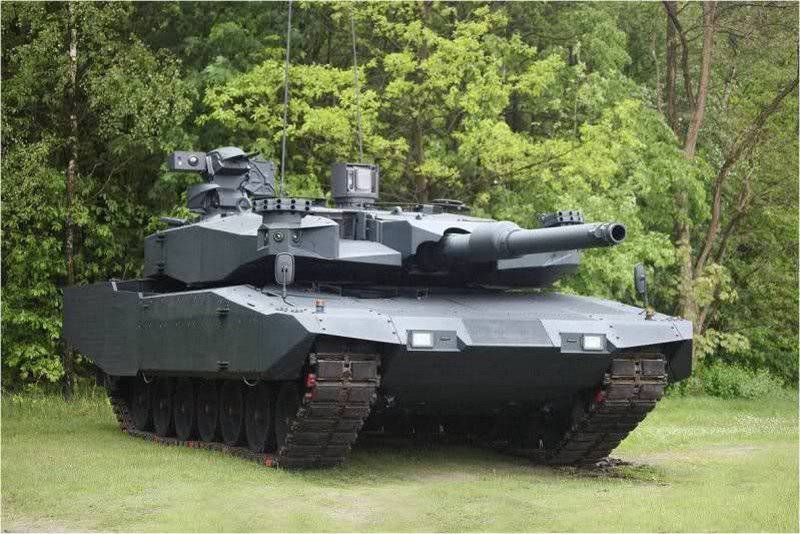 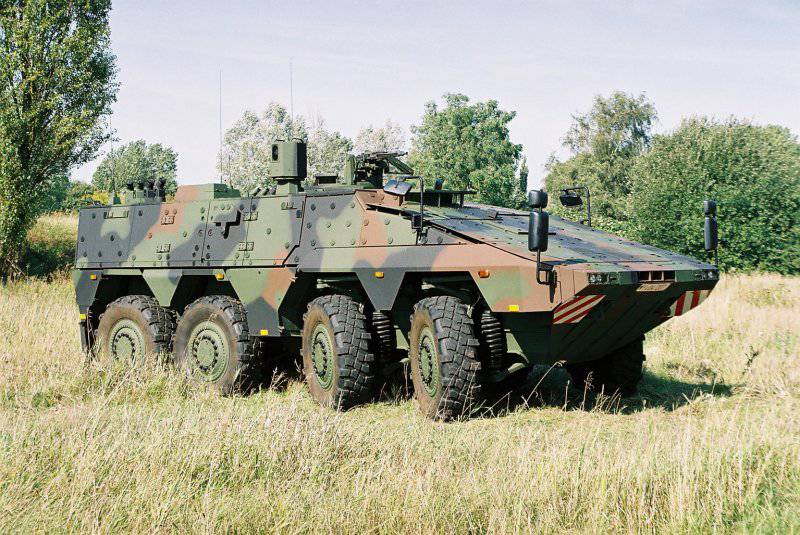 It is noteworthy that Rhinemetal, most likely, is looking for new markets not only from the desire to get more profit. At present, the concern’s leadership is “fighting” with opponents of one of the major contracts. In early summer of this year, Saudi Arabia expressed a desire to order up to three hundred Leopard 2 tanks, a corresponding agreement for the supply of the first 270 machines was signed a little later, and then the Arab country’s desire grew to eight hundred units of tracked vehicles. But soon the contract was subjected to sharp criticism. At first, Saudi human rights defenders spoke out against tank supplies. According to them, combat vehicles can be used to suppress the rights and freedoms of citizens. We will not dwell on the effectiveness of such suppression and the expediency of, say, dispersing rallies with cannon weapons. Further, the transaction appeared opponents from the German highest circles. It turned out that German legislation does not allow the export of weapons to countries where there are problems with the observance of human rights, while Saudi Arabia, according to the “German classification,” refers specifically to them. In the future, around this contract there was a lot of controversy and at the moment the full fulfillment of all the conditions seems doubtful. If “Leopards” will go to Arabia, then, most likely, in quantities less than 800 pieces.

Thus, Rheinmetall lost or runs the risk of losing a very good contract with a very good price due to political differences. As a result, German merchants have to look for new markets even to maintain current economic indicators. If now the agreement on the supply of tanks turned into a scandal, then where is the guarantee that in the future it will be possible to sign and execute other contracts with Middle Eastern states without any problems? It remains to “make friendship” with countries that were not even previously considered as buyers, including with Russia.

And yet, do not forget that in the field of arms trade the main role belongs to the customer. It is he who determines the requirements for the necessary equipment, chooses from the proposals and, finally, pays for the order. In the context of this issue, this means that Rheinmetall may have very different plans for the supply of arms to Russia, but the last word still remains with our Ministry of Defense.