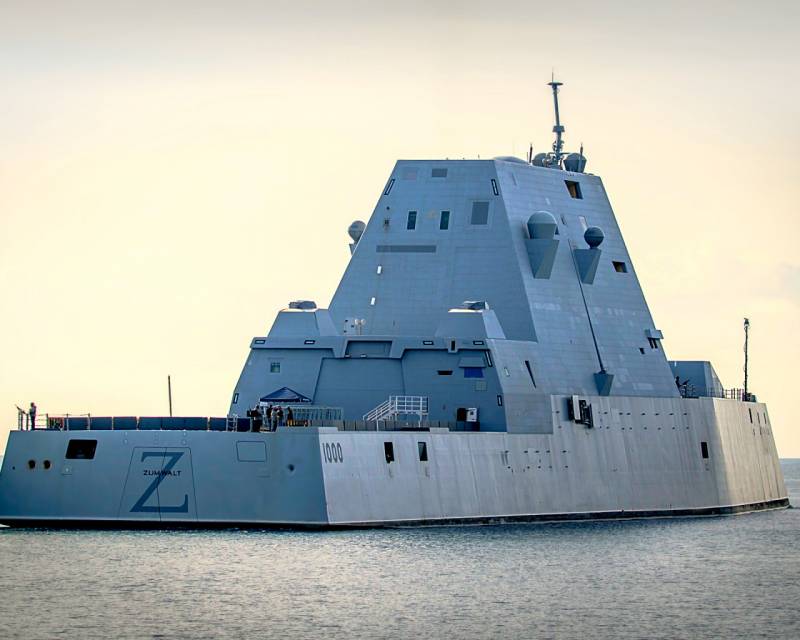 Yes, there is no joke here. Feathered armor-piercing sub-caliber shells are the lot of not only ground military equipment in the face tanks, BMP and more. This was perfectly proved by the Norwegian company Nammo, which, with the participation of Finland, created the 30-mm Swimmer projectile for Bushmaster II automatic guns installed on US warships.


Due to its high armor penetration characteristics, the Swimmer is able to effectively hit armored vehicles, and its design features make it possible to destroy both surface targets and objects located at shallow depths. Let's take a closer look at it.

What are they needed for?

As always, the first and already traditional question is: in what way is it needed at all? With armored vehicles, everything seems to be very clear. Cannons of tanks and automatic guns of light combat vehicles need sub-caliber shells to fight their own kind - that is, to penetrate armor. Also, in some cases - to destroy the infantry behind the thick walls of buildings and fortifications, which are too tough for high-explosive fragmentation ammunition.

And the ships? On the one hand, it is unlikely that a 30-mm projectile will cause serious damage to any destroyer or aircraft carrier. And the shooting distance is too small - not to get close. On the other hand, for enemy boats and other small vessels, as well as torpedoes, mines or naval drones, the power of a sub-caliber projectile will be excessive. But first things first.

There is such a thing under the index Mk. 46 Mod 2 Gun Weapon System is a remotely controlled combat module consisting of a 30-mm Bushmaster II gun mounted in a turret and an aiming system, which includes a thermal imager, a television surveillance channel and a laser rangefinder. You can see this gun mount in the US Navy, for example, on ships of the San-Antonio, Zumwalt and Freedom class. 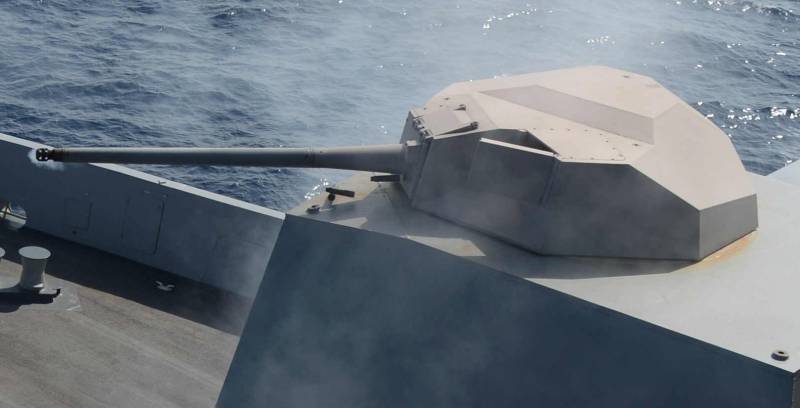 Gun mount Mk. 46 Mod. 2 on the San-Antonio-class landing craft. Source: seaforces.org
The main purpose of this weapon system is to destroy small, high-speed and dangerous drifting targets in the immediate vicinity of the ship. This, as already noted, includes high-speed boats, small boats, torpedoes, mines and marine drones moving on the surface of the water. But there is a small (actually - big) snag.

The fact is that the standard Bushmaster ammunition load is not very suitable for such tasks. Yes, under ideal conditions, it is possible to make a hole in a boat from the very first burst from a cannon. And if there is no calm, but there is a wave? Or is the dangerous object moving at a shallow depth? Here, conventional shells may not be able to cope, since their “floating” shape corresponds a little more than nothing. 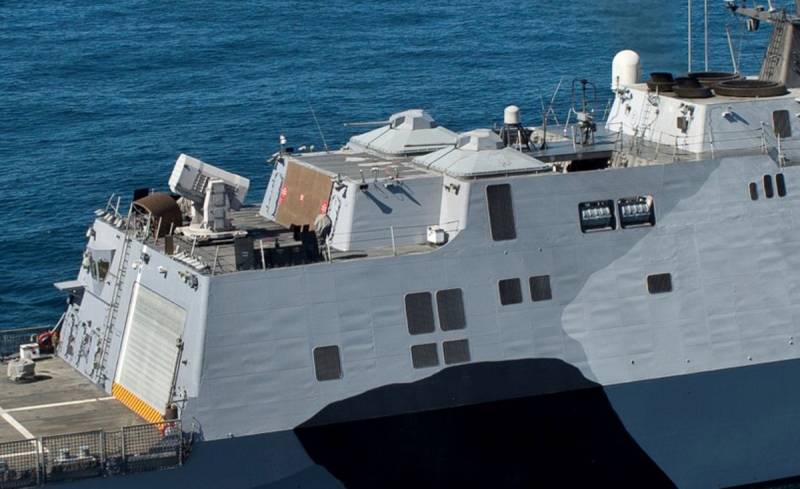 Gun mounts Mk. 46 Mod. 2 on a Freedom-class ship. Source: seaforces.org
When meeting with a wave, shells of a typical pointed shape change their trajectory in the water column and can move away from the target. The same thing happens if you need to shoot at some torpedo going at a shallow depth. Do not forget about the ricochet from the water surface - a large part of the shells will simply fly away "into milk" when they meet the water at a slight angle, which manifests itself at significant firing distances.

As a result: an increased consumption of ammunition for the destruction of one target, or even the inability to hit it at all. And these are not all the shortcomings that the Norwegian Swimmer compensates for.

The swimmer, created by the Norwegian company Nammo together with the Finns, received the index Mk. 258 mod. 1 and in many sources, including official military reports, is referred to as "supercavitational". Well, of course, this shell received such a nickname for a reason. 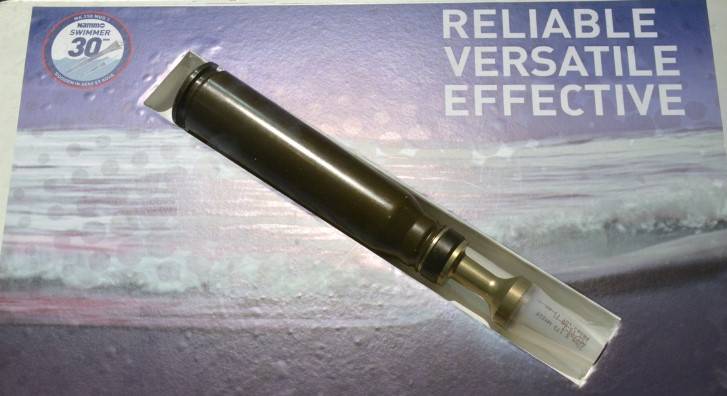 Cartridge with Mk. 258 mod. 1 Swimmer (Swimmer). Source: www.dzen.ru
Structurally, the active part of the projectile consists of a monoblock “arrow” made of tungsten alloy with sub-caliber plumage, the total length of which is 188 mm, diameter - 9 mm, and weight - 150 grams. Closer to the middle of its body, there is a thread for installing a master device, the purpose of which, in general, is clear without much explanation: guiding the projectile in the barrel and obturating powder gases. The whole structure is packed in a metal sleeve, and a protective plastic cap is put on the head part.

It should be noted that the ballistic characteristics of the "Swimmer" turned out to be quite good. The canopy of gunpowder in the sleeve is enough to give it an initial speed of about 1 meters per second, that is, in fact, this figure is at the level of 430-mm guns. Speed, coupled with tungsten alloy, mass and diameter of the active part of the projectile give decent armor penetration. It, according to the manufacturer, but without specifying the angle of inclination of the armor barrier, is 105 mm of homogeneous steel armor of medium hardness from 100 meters.

Of course, the penetration characteristics are indicated for, let's say, "land" conditions. This is how much a projectile can penetrate, flying a kilometer through the air, and not in the water. However, given that the Norwegians are positioning the "Swimmer" as a universal tool, he can fight with armored vehicles with great chances of success. It will be enough to destroy most armored personnel carriers and infantry fighting vehicles, as well as tanks, but only in side and aft projections - in weakened zones.

But this does not mean that these "sub-calibers" will be fired from ship gun mounts. It’s just that Bushmasters and other variations of guns chambered for 30x173 mm are also installed on land equipment.

And what about this "supercavitation" and the naval mission of the "Swimmer"? Let's take a look at the projectile, since there are photos to compare the regular version with the "sea" one. 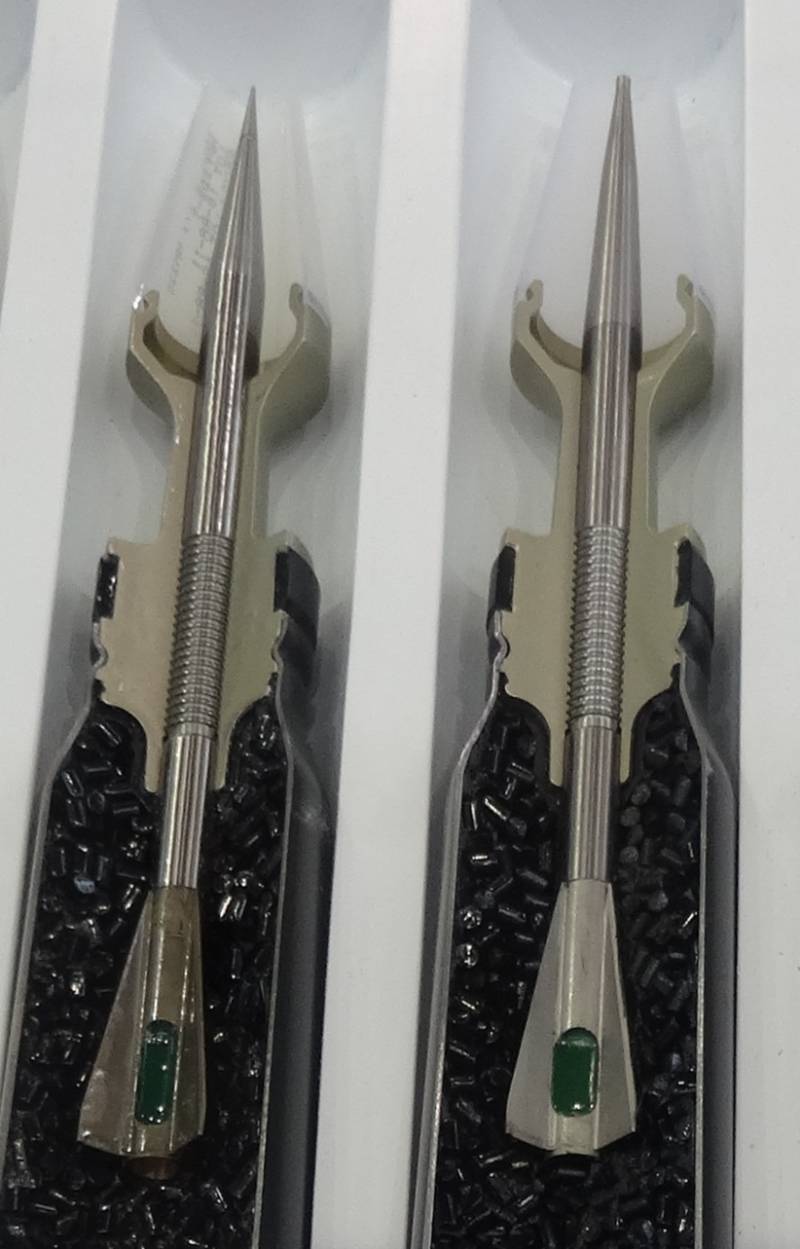 Cartridge with Mk. 258 mod. 1 Swimmer (Swimmer) on the right and Mk. 258 Mod 0 on the left. Source: forum.cartridgecollectors.org
You can see that the head of the "Swimmer" is far from a pointed shape. His nose itself is blunted or, if you like, cut off horizontally. The diameter at this point is 2,3 mm. In addition, the conical part of the nose has a smooth transition to the cylindrical part to give greater streamlining.

It just promotes supercavitation. When a projectile is introduced into the water column, an area of ​​extremely high pressure is formed in the area of ​​​​the blunted head part, which exceeds the vapor pressure. As a result, when it falls sharply behind the warhead, steam bubbles appear, which envelop the projectile and reduce its friction in the aquatic environment. As a result, the catastrophic drop in speed, if we are talking about conventional ammunition, is greatly reduced, which positively affects both the trajectory of the projectile and its penetrating ability.

Shooting "Swimmers" on the water surface
In practice, this means that, unlike standard pointed projectiles, the Swimmer can successfully hit targets even through the waves and at a certain depth - the burst from the cannon will definitely not scatter on the sides.

A positively "dull-headed" Norwegian product also affects ricochets, or rather, minimizes the likelihood of their occurrence. When hitting the water surface, the flat nose of the projectile does not slide on it, but immediately goes under the water. A very, very conditional parallel can be drawn with armor-piercing shells with a blunt warhead common during the Great Patriotic War, which worked well against the sloped armor of tanks.

But, as expected, it is not necessary to demand any superpowers from the Swimmer, since water is not air, and it is simply impossible to ensure a stable speed in it without any engines. But what the Norwegian can give is already good and almost the limit for 30-mm guns.

Despite the fact that some publications speak of almost 200-300 meters that the projectile can overcome under water, the real lethal distances in the water that the military demanded are limited to 20-30 meters. Within these limits, the Swimmer maintains a speed of around 900 meters per second, which is enough to hit any torpedoes when firing at the smallest angles from the water surface, as well as to disable surface objects in the form of boats and other things, taking into account waves. You can, of course, shoot at great depths, but hitting some submarine 200 meters from the surface is unlikely to work - that's not what the projectile is needed for.

What can I say? "Swimmer" Mk. 258 mod. 1 came out really good. For ship artillery installations with Bushmasters, it fits perfectly. There is practically no information about the exact number of shots of this (up to a few) type for the US Navy, but it flashed regularly in government orders of the American government. It is understandable - practically the only small-caliber projectile that is able to equally deal with both surface targets dangerous for ships and targets located at shallow depths, mainly torpedoes.

But perhaps the most remarkable thing here is that these Norwegian ammunition can be used not only to arm warships, but also for ground armored vehicles. A sort of station wagon, which is useful both at sea and on land.