The remnants of the Soviet backlog: what weapons does modern Russia sell? 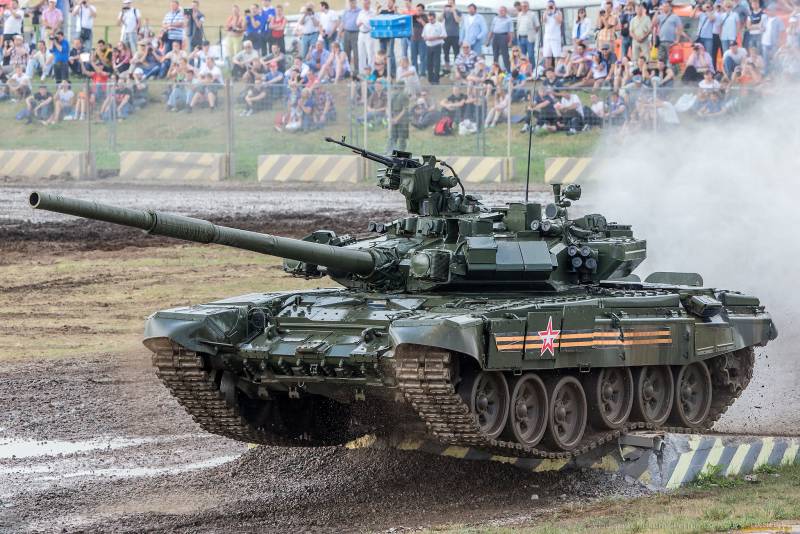 In the Soviet Union, forced to compete with the United States for several decades, a powerful military-industrial branch has developed. So powerful that even the dashing 90s could not break its potential. It was possible to slow down and partially stop development, but not to destroy it.

Weapons The USSR produced in excess even for its own multi-million army, so the domestic military-industrial complex can be safely called export-oriented since Soviet times. Only two countries in the world could boast of a full range of manufactured weapons - from a bayonet to a ballistic missile.

As a result, the planet was divided into two client camps.

The first American is Latin America, Western Europe, the Middle East, South Africa, Australia and Japan. Some of these regions themselves produced decent equipment, but still had to line up for American weapons.

The second camp of clients was staked out by the Soviet Union. It included South and Southeast Asia, Africa, Eastern Europe and Cuba. Only now the sale of Soviet weapons did not always bring a decent profit. The arms business is extremely politicized and often deliveries from the USSR to foreign friends were almost for nothing.

On the one hand, this was a serious burden on the economy, on the other hand, it allowed Moscow to project its influence around the world. Buyers of Soviet equipment were forced to get on the needle of communist imports, which in the future had a very positive effect on the Russian arms business. Often, those who now make decisions on the purchase of weapons with the “made in Russia” mark have worked with Soviet technology all their adult lives. And she has a special charm - reliable, unpretentious and easy to use.

Nevertheless, since the beginning of the 90s, Russia has lost a considerable share of the world arms market. Almost all of Eastern Europe has gone under the American military-industrial complex, and recent events have only exacerbated this trend. Not everything is going smoothly in Southeast Asia, which is traditionally focused on Russian military equipment. Vietnam, though by no means the largest customer, willingly buys weapons from the United States. 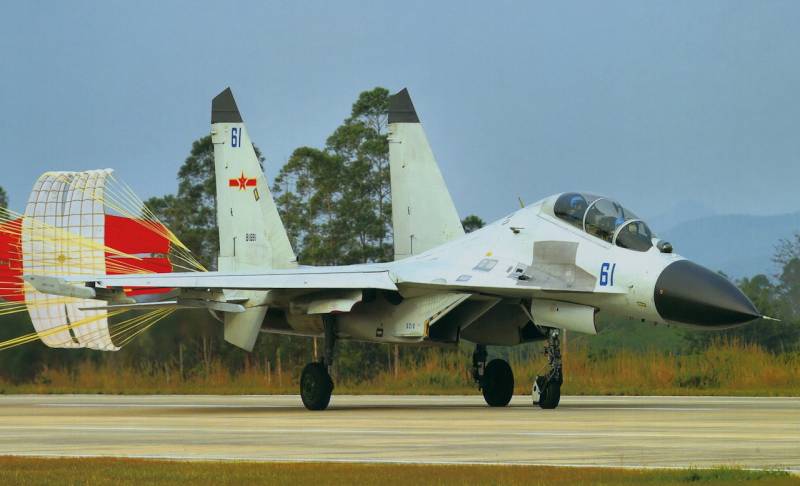 Despite the US call not to buy Russian, weapons made in Russia are and will be in demand. Source: sinodefence.wordpress.com
In the future, the situation with Russian arms exports will inevitably worsen. With sanctions, the West seeks to strangle the domestic high-tech industry, which means that the arms sector will inevitably suffer as well.

At the same time, the events in Ukraine openly showed the importance of a powerful army, independence from the country's membership in this or that organization. The world will arm itself, and Western weapons will not be enough for everyone. The example of Europe, which is forced to supply weapons to the Kyiv regime drop by drop, is very indicative. Nowhere and never can you save on your own defense, which the Europeans have been doing in recent decades.

This approach suits Russia completely - the country will never become an outcast at the world arms fair.

What is Russia trading?

Slightly less than twenty percent of the world arms market is accounted for by Russian exports. The hottest item - Tanks and light armored vehicles, aircraft and helicopters, as well as the hallmark of our military-industrial complex - air defense systems.

Some statistics. From 2017 to 2021, Russian exports have fallen by 26 percent, according to the world’s top arms spies, the Swedish firm SIPRI. The culprits were India and the mentioned Vietnam, who decided to take a breather. Indians in general are our most expensive customers, in different years the country accounted for up to one quarter of all sales. In the top list China with 18 percent and Algeria - with fifteen.

While Russia experienced a decline in sales, the Americans, on the contrary, increased their exports by 14 percent. Now the United States sells weapons in the world twice as much as Russia. It is too early to talk about the situation as a current trend. In the world of arms supplies, years of downtime can be replaced by one or two contracts, the profit from which will cover all losses. So SIPRI is expecting large deliveries of Russian weapons to India in the near future.

In mid-August, Sergei Chemezov reported on contracts worth one trillion rubles signed with foreign customers. Given the growth of the national currency, this looks impressive. At the same time, Rostec refused to name the buyers. This can be understood, given the level of American hunting for everyone who has trade ties with our country. No one intends to publicly expose their partners to blows.

On average, Russia sells $14-15 billion worth of weapons annually. By the end of August of this year, according to Rosoboronexport, equipment and weapons worth 5,4 billion have been handed over to customers. The exact figures on the annual turnover will not be known until next spring. According to Dmitry Shugaev, director of the Federal Service for Military-Technical Cooperation, the portfolio of orders for the current year is $57 billion.

More than half of Russian arms exports are combat aircraft, primarily of the Su family. India willingly takes the carrier-based MiG-29K and KUB for aircraft carriers. There are also buyers for the combat training Yak-130, for example, the car is popular in Bangladesh, Algeria and Myanmar. Motor builders supply a wide range aviation engines to the Chinese, who still cannot master the full-fledged production of this critical technology. Russian helicopters serve in China, Peru, Algeria, Iraq, Brazil, Venezuela and Kazakhstan. Uganda this year purchased the first vehicles under the contract for the supply of Mi-28NE. Source: rutube.ru
Large volumes of deliveries have recently fallen on air defense systems. Domestic gunsmiths not only exported the S-300, S-400, Pantsir-S1 and Buk-M2 systems to a number of countries, but also participated in the development of the South Korean KM-SAM system.

It should be noted that the special operation confirmed the high combat qualities of a number of Russian military equipment. Tanks, including domestic ones, have been buried for decades, but in Ukraine they have shown their indispensability. Moreover, Russia is far from the technological impasse here.

Even foreign observers point out that it is modern technology that dies the least in battles. According to the Oryx agency, the losses of the T-80BVM and T-90 are much less than the outdated T-72 series vehicles. And the point is not in the numerical advantage of the latter, but in the qualitatively better protection, firepower and mobility. This confirms the experience of selling tanks in recent decades - the T-90s have entered service in India, Azerbaijan, Algeria, Vietnam, Iraq and Uganda.

Light armored vehicles are also popular in a number of countries. For example, Algeria recently upgraded its fleet of BMP-2s with Russian help. 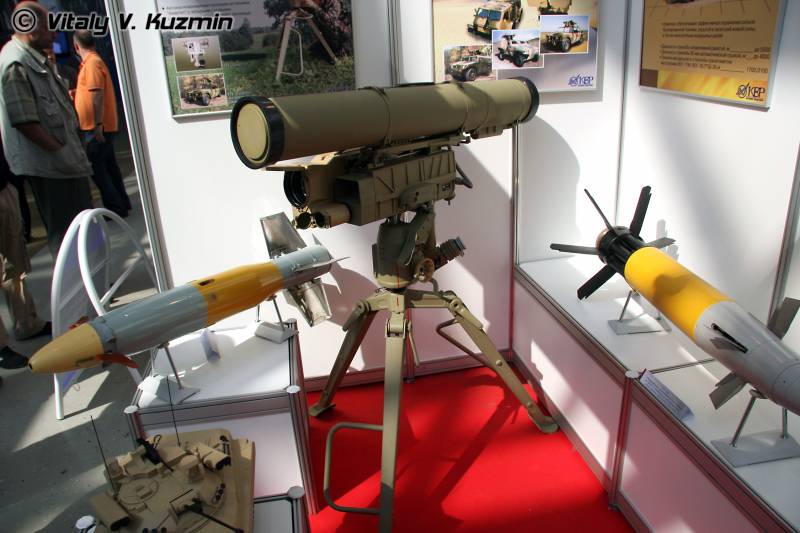 Russia supplies guided artillery weapons to, among others, Turkey, Serbia and Algeria. Photo by Vitaly Kuzmin.
Air defense systems of various levels have also shown themselves to be successful, which will also add points to the international arms market. Undoubtedly, army aviation equipment deserved the best ratings, which in the future may become an even more important item for arms exports. From 2000 to 2020, at least 1,1 thousand combat and military transport helicopters went to foreign customers.

Shipbuilders are ready to sell the most modern technology. Everyone knows contracts with India for the supply of Project 11356 frigates, leasing of the nuclear submarine 971U Shchuka-B and, of course, the flagship of the local Navy, the Vikramaditya aircraft carrier, formerly Admiral Gorshkov. The boats "Lightning" (project 1241) and hovercraft of various form factors are also exported. The latter were bought by the Greeks and Koreans.

How good is everything?

The level of arms export directly depends on the volume of the state defense order. In this regard, the special operation of Russia in Ukraine is able to disperse the domestic military-industrial complex to a new level.

As you know, a couple of years ago, Vladimir Putin called on gunsmiths to diversify their capacities. Translate enterprises on a peaceful footing. For example, the Almaz-Antey concern announced an electric car last year. The market prospects of this creation even before the special operation inspired great doubts, and now they look like fantasy at all. The domestic manufacturer of air defense systems now has much more important issues on the agenda.

How important the defense order is is illustrated by the example of KamAZ and UAZ, which for the first time in many years found funds to modernize their capacities. Both plants are now fully loaded with the production of equipment for the army.

Can't do without this stories without a fly in the ointment.

The main mistake that lies in wait for the mobilization economy is the low level of spending on research and development (R&D). In pursuit of tanks, infantry fighting vehicles and KamAZ trucks, of which the front needs a huge amount, it is important not to oversleep the high-quality modernization. First of all, this concerns drones, critical microelectronics and aircraft engine building. The unique backlog of the Soviet design school made it possible to create a number of already Russian types of weapons that are in no way inferior to foreign ones.

However, the technique developed from scratch can be counted on the fingers. At the same time, a large part of the fundamentally new weapons either did not reach the military, or are present in trace amounts. We are now talking about the platforms "Armata", "Kurganets", "Boomerang" and fifth-generation aircraft. Unfortunately, these are far from the only examples.

“Why should we buy equipment that they themselves do not particularly exploit in the Russian Federation?”

All this creates a number of problems that may prevent our defense concerns from demonstrating growth in world markets in the future.