River armored boats. The return of the unpromising 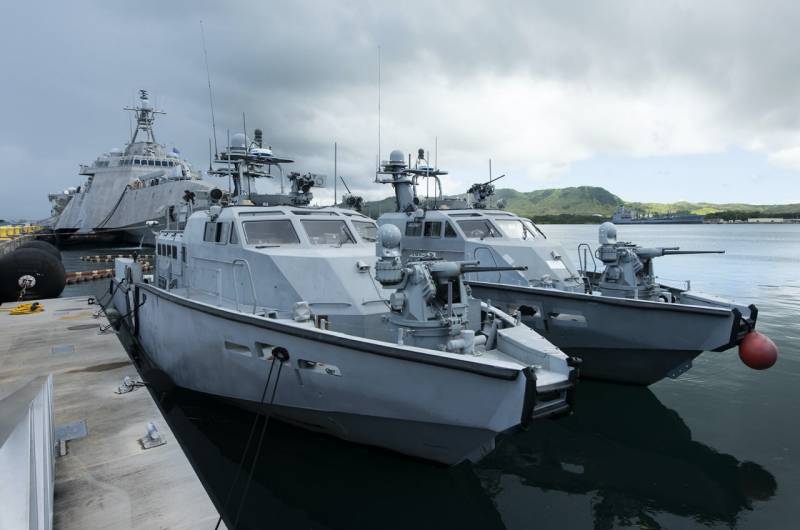 Is it possible to make a decision that will cost the state budget several million dollars without having preliminary data on whether the game is worth the candle? Will such a decision bring economic, political or military benefits? An interesting question, isn't it.


And I asked it simply because such a decision was made by ... the United States. It looked a little strange. We have not even announced the withdrawal of troops from Kherson, and the Americans have announced the delivery of river armored boats to Kyiv. Moreover, in the amount that is necessary and sufficient for conducting active hostilities on the Dnieper.

40 boats, and not some decommissioned from fleet United States, but actually serving in the American Armed Forces. Yes, it's not "floating" Tanks» World War II. These are rather river "shahid-mobiles". Fast, light, bulletproof, lightly armed boats. 12 meters long, 40 knots speed...

And, presumably, they will be deployed in the Ochakov area. The fact that it is there, in Ochakiv, that the base of Ukrainian underwater saboteurs is located, is probably known to everyone. And it is from there that DRGs are periodically sent to the territory of the Kinburn Spit.

The latest case of such a landing was registered on November 14. The group of the 73rd Marine Special Operations Center of the Armed Forces of Ukraine, consisting of 20 people, was liquidated. Thanks to our special forces. By the way, Ukrainian boats were also destroyed.

But let's imagine that the landing would be more massive, using a large number of speed boats? And would they land not 20, but 200 people? Yes, with the support of artillery of the Armed Forces of Ukraine and aviation?

Why do APU armored boats on the Dnieper?

The question of how these boats will be used is really interesting. Precisely in the sense that, it seems to me, American boats will be used just in the version that the United States uses them. Ukrainians will not invent something new.

The main idea of ​​the Pentagon regarding the use of armored boats is a simple formula. Intelligence plus communications, plus control. Simply put, river boats as a combat unit are not intended for direct combat operations. This is what caused the weak weapons. But on occasion, the boats may well strike at the crossing or enemy units on the coast.

Today we are talking most of all about the Dnieper and Bug estuaries and the mouth of the Dnieper as a whole. But, in my opinion, the Armed Forces of Ukraine will not use all the boats there. There are also reservoirs. Why not use these boats, for example, for the next landing at the Zaporozhye nuclear power plant? Or to drop sea mines upstream in front of some kind of dam?

Moreover, the high speed of the boats makes it possible to quickly transfer the DRG along the sea coast. Almost any Black Sea bay or estuary can become a zone of work for Ukrainian DRGs. And this is an additional strain for the coastal defense forces. An additional opportunity to pull units from the line of contact.

There is another nuance about which we prefer to remain silent. Readers, I think, remember the reports of our Defense Ministry periodically appearing in the media that another Ukrainian landing force was destroyed on the outskirts of the ZNPP. At the same time, the background to the number of DRGs and landing personnel was the fact that "during the operation, such and such a number of boats and boats were destroyed."

Someone thought about where the APU got boats and motor boats from? But this is the river flotilla! Yes, these are civilian boats and motorboats confiscated from civilians. But boats and boats adapted for combat operations and having weapons on board.

And what did we do with boats and boats in Kherson? Did we confiscate them? Are they being used by our scouts now? Alas, the boats are flooded as unnecessary ... We can use trophies in the form of tanks, armored vehicles and weapons, but boats, even civilian ones, which are chronically lacking, no?

In general, it is strange that we, turning the Dnieper into a line of demarcation, did not actually attend to such an obvious type of weaponry as river armored boats. What did the Americans propose? Nothing! Everything has already been thought of before us.

If the river is navigable, wide enough and full-flowing, then the creation of a river flotilla in such a sector of the front is quite logical! The experience of the Patriotic War and the experience of using high-speed armored boats in modern local conflicts showed the high efficiency of such units. The use of American boats gives some advantage to the APU. We are silent for now.

We will again study right under the shelling

So far, it is too early to talk about the use of armored boats by the enemy. We haven't been fired upon directly from the river yet. So far, DRGs have not appeared in our rear in such numbers that can destabilize the front. It's sad, but it's a fact. Until the thunder breaks out, our man really will not cross himself. And the thunder will strike very soon.

Has anyone heard of the laying of river armored boats at any shipyard? Or about designing them? Not promising! We will bombard Ukrainian boats with ATGMs from helicopters! I agree, this method is quite effective. Would be. If it weren't for the speed of the boats and the distances they travel in the course of combat missions.

As long as our helicopters appear on the horizon, the task of the boats will be completed. And then who is who. We are hunting boats, Ukrainian air defense is hunting our helicopters. I do not think that such an "exchange" will suit us.

Here is the opinion of the captain of the XNUMXst rank of the reserve Sergey Ishchenko, which he voiced in an interview with the Vzglyad newspaper:

“In addition, it is appropriate to think about transferring the armored boats of the Caspian flotilla to the Dnieper. They were transported several times to the Sea of ​​Azov during periods of aggravation of relations with Kyiv. We need them to perform exactly the same tasks that they want to implement the Armed Forces of Ukraine with the help of American armored boats.”
Completely feasible solution. I do not think that the situation in the Caspian is more alarming than in the area of ​​the Dnieper estuary. Indeed, the route from the Caspian to the Sea of ​​Azov has been "studied" thoroughly by these boats. The transfer, unless, of course, bureaucratic coordination is not involved, will take much less time than the delivery of boats for the Armed Forces of Ukraine.

Moreover, Captain Ishchenko helped our designers and engineers a lot in the "development" of river armored boats. He simply reminded that we have such boats. To what extent they meet the new requirements, I do not know. Here the decision is up to the experts. Their task is to modernize the boats.

“Although the same boat “Buyan” of the “river-sea” class was originally created for rivers and has an engine for moving in shallow water. Therefore, everything that we have, it is desirable to throw closer to the Kinbur Spit. It's better than nothing."

It's time to stop "answering", we must "make riddles" ourselves

We are still running the SVO. Probably, there is no longer a person who would not understand that the operation that we are conducting on the territory of Ukraine no longer has anything to do with Ukraine itself. We entered into confrontation in NATO. We have entered into a confrontation with the United States and the global West as a whole.

What's going on at the front today? Almost every week we read reports about the decision of one government or another to supply Kyiv with something from its own arsenals. Then the messages come from the front line. "Saw, heard, work for us." And after some more time, we receive messages that we have learned to destroy “this” as well.

This position puts us at a disadvantage in advance. We answer. And you have to ask. It is necessary to ask such questions, to which the enemy must already seek solutions!

I understand that the topic of river boats for the Armed Forces of Ukraine is not yet as relevant as we would like. We come up with obstacles through which the Armed Forces of Ukraine will have to go to deliver boats to the mouth of the Dnieper or to reservoirs. We will again say that boats are weapons that cannot change the course of an operation. And we will talk about the control of the coast of the Black Sea Fleet of Russia. But the question arises - why all this?

Do we need boats to strengthen the defense of the Kinburn Spit and the peninsula? Need! Do we need boats to scare off DRGs from Zaporizhia NPP? Need! Do we need scout boats? Needed. And if you need them, they should already be there! CBO showed how important speed of decision-making is today. How important it is to give the commander the right to decide in specific situations without the consent of the "high headquarters".

Why are the former republican corps really afraid of the Armed Forces of Ukraine? Yes, because the traditions that first appeared back in 2014-2015 were preserved there. The commander makes a decision and is not afraid to take responsibility for it. The commander said to “stand still”, no one would even think of retreating. He said “we are changing our position” - they changed it without unnecessary conversations and discussions.

This is what allows us today not only to defend well, but also to attack. Decision-making speed and speed of implementation of these decisions.