October 29 2012
2
This aircraft for radar detection and control has several names in which the names of the manufacturers are encrypted: HS.748 AEW - English BAE or Indian HAL. In addition, the Israeli company Elbit took part in the development of the aircraft and supplied its Phalcon AEW radar. 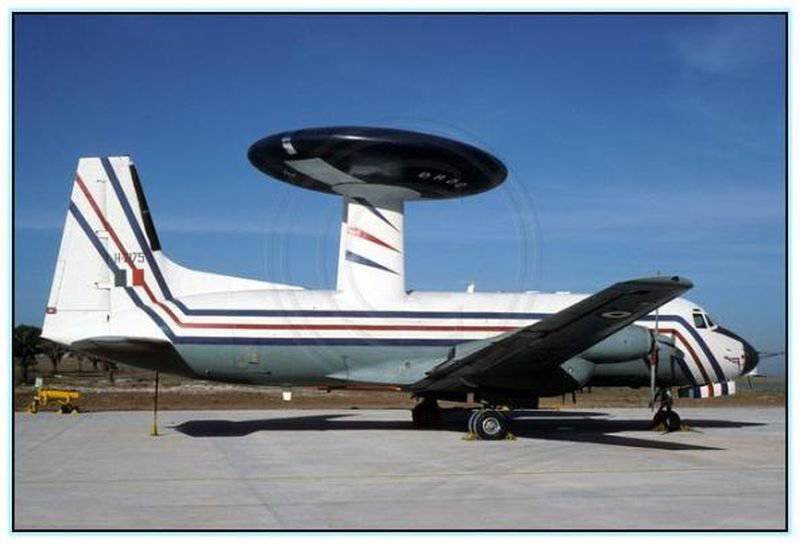 Work on the creation of a new DRLO aircraft for its own aircraft begins in 1985, one of the branches of the Indian company HAL. Hawker Siddeley HS 748, built under British license by HAL (20 aircraft), was the base for the new aircraft, they were twin-engine passenger aircraft. It was intended for testing the installation and operation of an external radome with a radar antenna (test aircraft), for further installation on Soviet Il-76, also built under license from an Indian company (meaning some of 72 Il-72).

The radar antenna was installed almost over the middle of the body in a rotating radome. The fairing had a 7.2 meter in diameter and a 1.5 meter in height. Rotation of the antenna passes over the tip of the keel of the DRLO aircraft, which reduces the reflection of the signal from the aircraft body. An antenna fairing was created using the German company DASA, which also helped in the design of the installation of a rotating radar antenna. The onboard equipment included a hybrid navigation system and a cryptographic data transmission system.

The main work on the creation of the Indian DRLO aircraft completed by 1990 year. A prototype with a fairing, in which so far there was no radar antenna, first rose to the sky at the beginning of November 1990. For various reasons, tests of the upgraded aircraft under the DRLO capabilities lasted periodically for almost a decade, and at least three prototypes of the DRLO aircraft were built until the 1999 crashed in January 4, and after completing the flight, the DRLO aircraft began to enter the Arakons' naval base of the Indian Navy and crashed. All the people on board - the crew (4 man) and equipment (XNUMX man) died. The main cause of the crash is a fire on board or engine failure with a further fire.

This catastrophe was the end of the project of the DRLO aircraft based on HS 748. Previously it was assumed that this radome with a radar antenna will eventually be installed on the Soviet Il-76MD aircraft. However, the crash that resulted in the crash resulted in the complete cancellation of the program to create its own AWACS aircraft for the Indian Armed Forces. In 2003, the United States insisted on the return by Israel of its Phalcon AEW radar from the Indian contract.