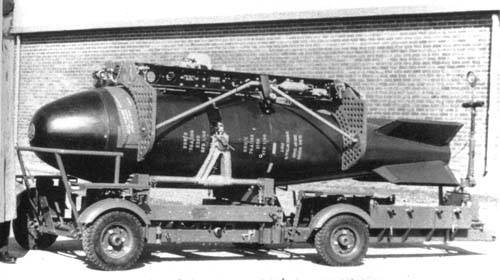 Red Beard - one of the first British nuclear bombs

In 1952 Great Britain conducted the first tests of its own atomic bomb and became the third nuclear power in the world. Subsequently, the British army built a full-fledged strategic nuclear force and created an arsenal of tactical weapons. However, in recent decades, strategic and tactical nuclear weapon has undergone significant reductions, as a result of which only the naval component of the strategic nuclear forces remained on duty.

The UK was one of the first countries in the world to tackle the subject of nuclear weapons. However, due to various reasons and factors, the first workable ammunition of this kind was assembled and tested only in 1952 - a few years after the USA and the USSR.

In 1958, Great Britain and the United States signed a new agreement on cooperation in the field of nuclear weapons. Thanks to him, the British army gained access to American developments, which influenced the further development of its weapons and nuclear forces. It turned out that American samples were more perfect than British ones, and London decided to buy them, incl. closing several of their projects. 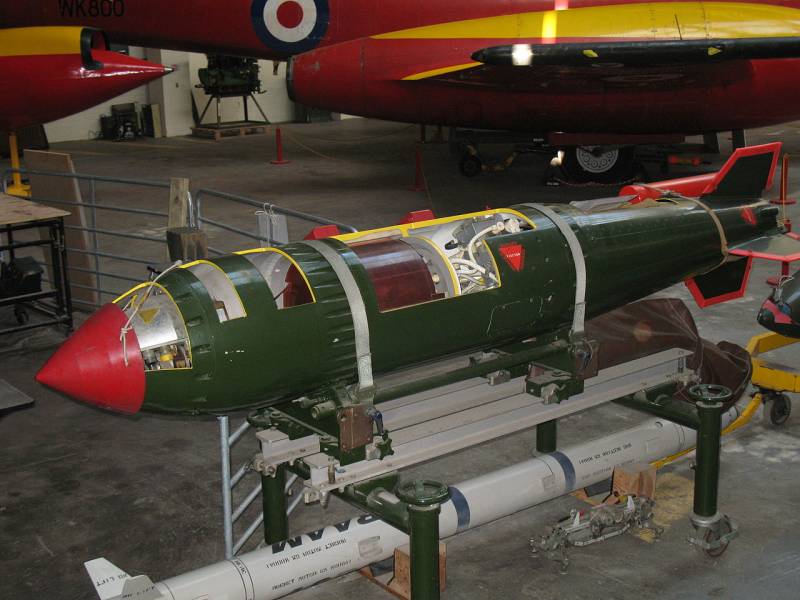 Split model of tactical bomb WE.177
Thus, British enterprises launched the production of the Red Snow thermonuclear warhead, a modified version of the American Mk 28 with a variable yield from 70 kt to 1,45 Mt. In parallel, they produced their own product Green Grass with a capacity of 400 kt and a kiloton tactical charge Red Beard. At the same time, the development of the Indigo Hammer warhead was curtailed due to the purchase of an imported W44, and the Blue Peacock and Violet Mist projects were abandoned in favor of the American W45 charge.

Despite all efforts and foreign assistance, the British nuclear force remained relatively small. So, at the peak of their development in the seventies, the number of deployed warheads on strategic carriers did not exceed 500-520 units. The exact size of tactical arsenals is unknown, but in this area, too, the UK could not compete with the US or the USSR.

In the mid-fifties, the first carriers of strategic nuclear weapons entered service with the KVVS. For this purpose, three projects of so-called long-range bombers were created at once. V-series. The Avro Vulcan aircraft became the most massive in the series - more than 130 units were built in total. Also, more than a hundred Vickers Valiant bombers and less than 90 Handley Page Victor aircraft entered service.

All three V-bombers were to carry and use existing and future nuclear and conventional bombs. In the future, it was planned to create missile weapons for them, but this program was eventually abandoned. 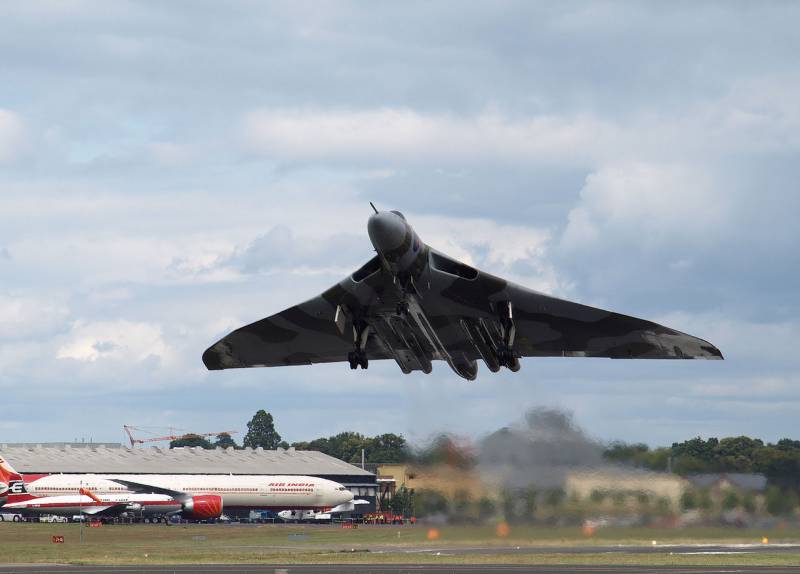 Avro Vulcan strategic bomber
Since the fifties, Great Britain has been working on the creation of a naval component of strategic nuclear forces, but the desired result was obtained only in the next decade. In 1967-69. The CVMF included four nuclear submarines of the Resolution type with ballistic missiles. Due to the failure of their own project, these SSBNs were armed with American Polaris medium-range missiles - 16 each.

In the late eighties, a new SSBN project called Vanguard was developed. Over the next decade, the fleet received four of these ships. In order to save money, they were again armed with a foreign missile system - this time they used Trident II intercontinental SLBMs.

In 1959, the United Kingdom adopted the American ground-based Thor IRBMs with nuclear weapons. The combat duty of such complexes continued until 1963. Foreign products made it possible to close an important niche while developing their own design.

So, since the mid-fifties, the development of the Blue Streak strategic ground-based missile system has been underway. The project faced a lot of difficulties, and its implementation was delayed. After several successes and failures in testing, in 1971 the project was closed and the topic of ground-based missiles was not returned to. 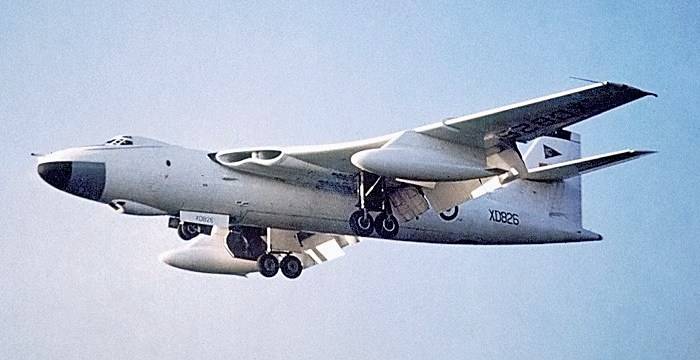 The KVVS had tactical nuclear weapons in the form of several types of aerial bombs. Their carriers were Canberra medium bombers and several types of fighter-bombers. As the air fleet, the media list has changed.

In the CVMF, tactical weapons were mainly represented by nuclear depth charges like the American M101. Their carriers were surface ships of several types. In addition, such products could be used by Shackleton and Nimrod patrol aircraft.

In the early nineties, due to a sharp change in the military-political situation, London decided to reduce nuclear forces and arsenals. It was proposed to reduce the total number of weapons and reduce their range. In addition, obsolete carriers and delivery vehicles should have been decommissioned. At the same time, a replacement for the decommissioned equipment was not planned. 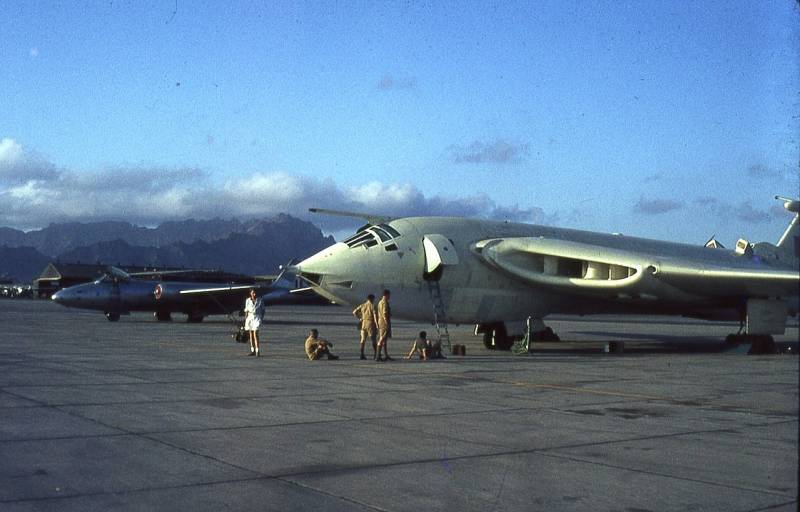 Victor bombers (foreground) and Canberra
In the course of such processes, by the middle of the decade, the air component of the strategic nuclear forces ceased to exist. All V-series aircraft and their weapons were written off due to complete obsolescence. The marine component was more fortunate - it was in the nineties that it switched to modern submarines with new SLBMs.

There was no place in the new plans for tactical nuclear weapons. Already in 1991-92. the ground forces and navy were left without special warheads. aviation the complexes were decommissioned after a few years. All these processes continued until 1995-97.

Thus, since the end of the nineties, all of the UK's nuclear forces have been represented by only four Wangard-class SSBNs. Each such boat carries up to 16 Trident missiles with the possibility of installing different combat equipment. The combat duty schedule ensures the regular presence of at least one or two submarines in patrol areas. According to various sources, up to 150-160 warheads are deployed on Vanguard ships. A number of weapons are in storage.

Until the mid-XNUMXs, foreign nuclear weapons were present in the UK. As part of international cooperation, US Air Force tactical bombs were stored at British bases and American fighter-bombers were on duty. In the future, this practice was abandoned, and the ammunition was taken to the United States. 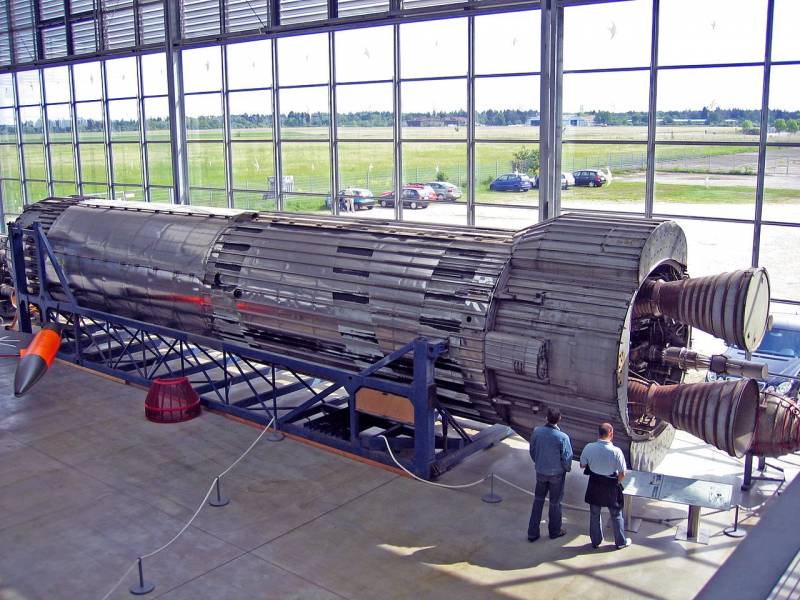 Despite all the reductions of previous years and the fall in all key indicators, the current state of the nuclear forces is completely satisfied with the British leadership. Strategic nuclear forces in the form of four submarines capable of carrying 64 missiles provide the desired level of combat capability and also reduce costs. At the same time, part of the functions of ensuring strategic deterrence and security is actually transferred to the main ally in the face of the United States.

The UK plans to maintain this course for the foreseeable future. At the same time, measures are proposed aimed at additional optimization of processes and some increase in individual indicators. However, a radical restructuring of the nuclear forces and the restoration of lost components is not envisaged.

Plans are already in place and are being implemented to replace the Vanguard-class SSBNs. Yes, in 2016 and 2019. laid down the first two submarines of the new Dreadnougt project. Preparations are underway for the construction of two more such ships. The lead submarine will enter service in the early thirties, and the rest will follow. In parallel with this, the old Vanguards will be decommissioned. It is curious that the renewal of submarine forces does not yet provide for the replacement of missiles. The new Dreadnoughts, like their predecessors, will use the Trident SLBM. 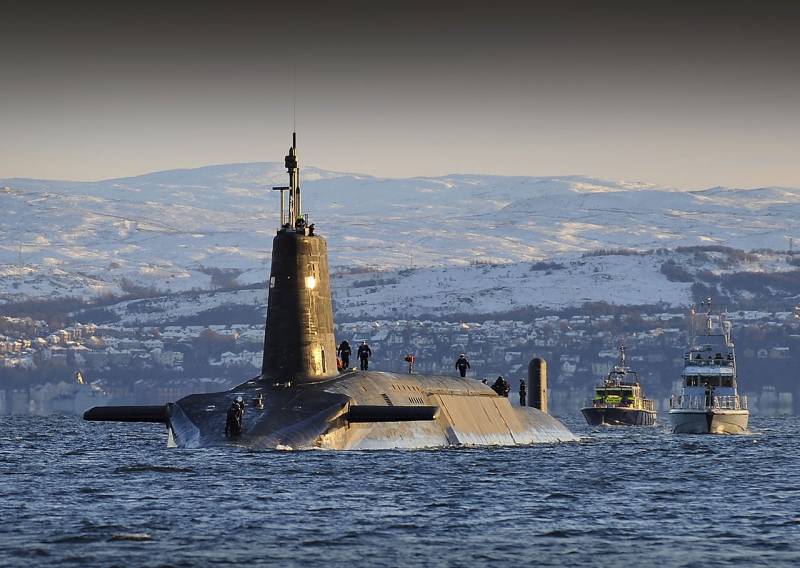 SSBN HMS Vanguard
In March 2021, London announced plans to increase its nuclear arsenals. It was reported that there are about 180 warheads in stock, and in the medium term their number will be increased to 260. Whether this can be done, and how long such processes will take, is not yet known.

In general, история British nuclear weapons looks very interesting. Great Britain was one of the first to start developing fundamentally new systems and ended up in the top three nuclear powers. However, it was not possible to use such superiority to the full extent. British strategic and tactical nuclear forces have always been the smallest and have faced various problems.

25-30 years ago, Great Britain sharply reduced its nuclear forces and abandoned the air component and the entire tactical direction. With all the minuses, such a step was considered justified economically and politically. However, the result of this reduction was an increase in dependence on a foreign partner. Whether they will do anything about this situation, and whether it will be possible to correct it, is unknown.