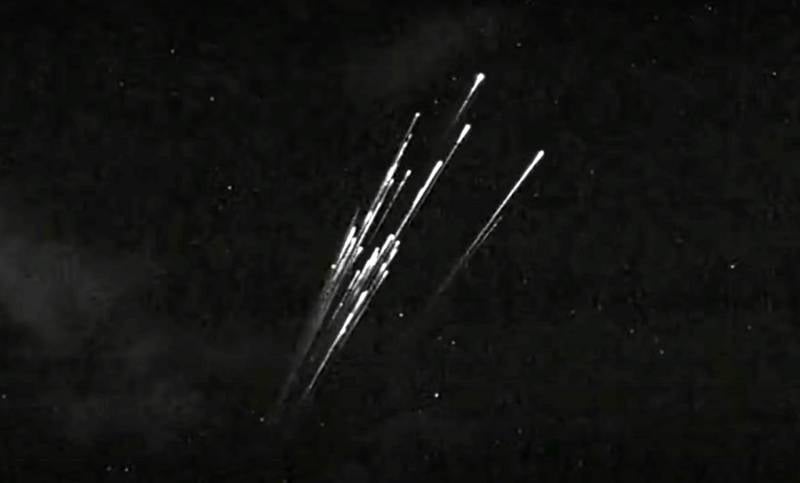 Eye candy - Starlink satellites burn up in the atmosphere. There they all and the road ...

The creation by our opponents of huge networks of low-orbit satellites is one of the most serious threats to the national security of the Russian Federation (RF). At the moment, not everyone realizes the scale of the problem, although SpaceX satellites are working right now for our enemies - Ukrainian neo-Nazis. Thanks to Starlink communications satellites, the enemy can quickly and effectively coordinate their actions without fear that information will fall into the hands of the Armed Forces of the Russian Federation (RF Armed Forces).

Elon Musk is actively developing his system - satellites are already being launched into orbit that can work directly with cell phones (of course, not all in a row, but only with those that will support this technology). The first models of cell phones with support for satellite communications of other operators have already appeared, but so far the regions of their operation are limited. Already in the next 2023, this technology may become one of the most iconic and to some extent “destroy the borders”.

Do not forget that communications satellites are just the tip of the iceberg. Next, reconnaissance satellites are actively developing, providing surface control in the visible, thermal and radar wavelength ranges. There will be more and more of them, until there are no unseen places on the planet left. The apotheosis of their development will be the control of not only the surface, but also the depths of the sea, as well as the detection of objects in the air directly from the Earth's orbit.

Military and commercial satellites of Western countries are one of the most serious threats to the national security of our country.
The effective actions of the Armed Forces of Ukraine (AFU) are primarily based not even on Starlink communications satellites, but on space intelligence data provided by Western countries. With a high probability, not only military spacecraft (SC), but also civil Earth remote sensing satellites are used.

It is extremely difficult to destroy huge networks of low-orbit satellites - neither "buckets of nuts" nor even nuclear weapons will help. weapon. And to destroy low-orbit satellites with anti-satellite missiles is simply unrealistic, more precisely, it can be done, but the cost of the destroyed satellite will most often be less than the cost of the missile that will destroy it. The enemy will simply bring out new satellites in "packs" to replace the destroyed ones.

Earlier in the article "Reaper" will clean up the orbit: you can shoot down Starlink satellites faster than Elon Musk can launch them we looked at the concept of an orbital interceptor designed to ensure the consistent and cost-effective destruction of low-orbit satellites. However, even if such an interceptor were created right now, would the leadership of the RF Armed Forces decide to use it? Far from a fact. 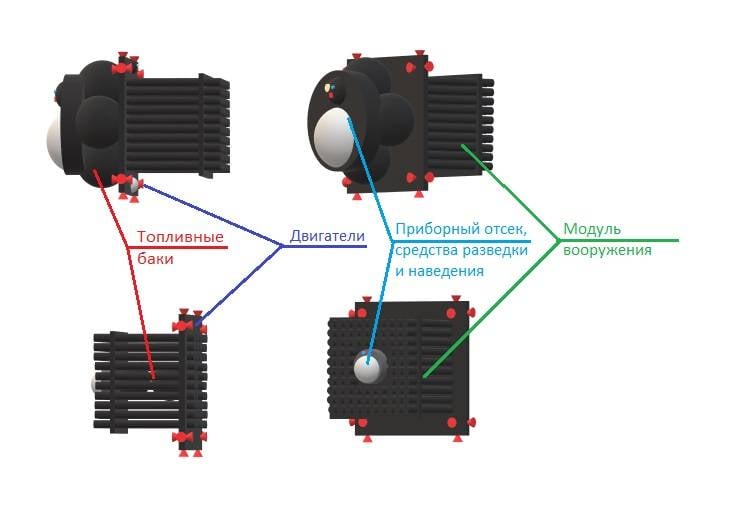 Conceptual image of the orbital interceptor "Reaper"
But they are already working against us now, so is it possible to do something about it?

The Problem of Uncertainty

The uncertainty problem is that every time we put something into orbit, the enemy cannot know exactly what it is and what it is intended for. Of course, over time, he can guess the type and purpose of the spacecraft launched into orbit by its trajectory, radar signature, emitted signals, and so on, but this will not be immediately, and with a certain, far from XNUMX% probability.

In the above material about the Reaper orbital interceptor, we talked about the fact that even the very fact of the passage of an orbital interceptor or its prototype will already cause a negative reaction from the enemy - statements from SpaceX executives will follow, the US leadership will “express concern”, investors will think, write in specialized forums, users who, by coincidence, "slowed down" their favorite computer game.

The stock market does not tolerate bad News – investors can easily take multi-billion dollar losses just from the suspicion that the system can easily be destroyed. And investors do not like to risk investments and invest in an unstable business.

So, maybe it's worth a little "add fuel to the fire"? This will be done by the "Worry" project, which includes two types of spacecraft under the code names "Observer" and "Pest".

You can try to wean private companies from carrying out hostile actions against Russia and sponsoring terrorist states with free satellite communications and images of the earth's surface. For this, a specialized spacecraft can be developed, which will include (in the first approximation) a propulsion system, fuel supply, solar panels, photographic recording facilities, communications equipment and a control system for all this equipment.

The “Observer” spacecraft, launched into orbit by the launch vehicle, synchronizes its flight trajectory with the orbits of enemy satellites, for example, Starlink communication satellites, and starts “photohunting”. Of course, detailed images of satellites should be published in the media.

Of course, the same Elon Musk will try to put a good face on a bad game - they say "thank you for the free inspection of the technical condition of our satellites", but after all, everyone will understand what kind of “inspection” is and that the prefix “photo” from the word “photo hunting” can easily be discarded. 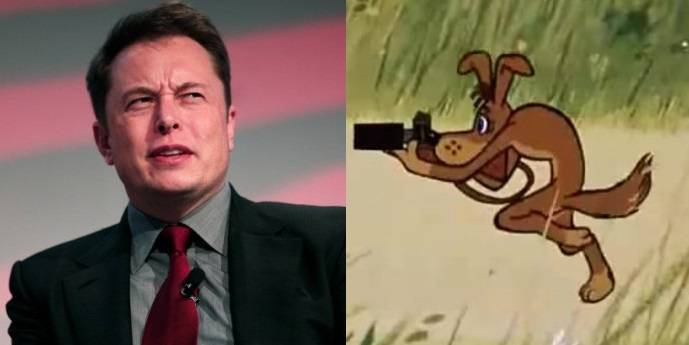 It is possible that Starlink satellites can try to avoid the “photoshoot” by adjusting their orbit, but the Observer spacecraft will potentially be able to do this for much longer, since it will not carry complex communication systems, and it should surpass Starlink satellites in terms of mass and size. And, left without fuel, Starlink satellites will gradually begin to de-orbit, as a result of which their estimated service life may be reduced several times.

If the “photo hunting” does not make the proper impression on the enemy, then it is necessary to move on to more intelligible forms of influence.

In other words, we do not shoot down enemy satellites, but we disrupt their functionality, while we do not exclude the possibility of their complete failure.

How can this be done?

Another factor works against the use of EMP ammunition - an electromagnetic pulse during the detonation of an EMP ammunition will most likely be detected by enemy electronic intelligence satellites, and possibly by ground stations. The failure of the satellites in combination with tracking the trajectory of the Vreditel spacecraft will allow the enemy to draw an unambiguous conclusion and present evidence, albeit indirect, of the involvement of the Russian Federation in this, and in this case the whole meaning of “wrecking” is lost - it’s easier to shoot them down right away.

Presumably, the option of ejecting a special munition containing carbon dust and carbon filaments, metal powders, metallized fiberglass filaments or other fibers towards an enemy satellite can be considered - the final composition should be determined at the development stage. 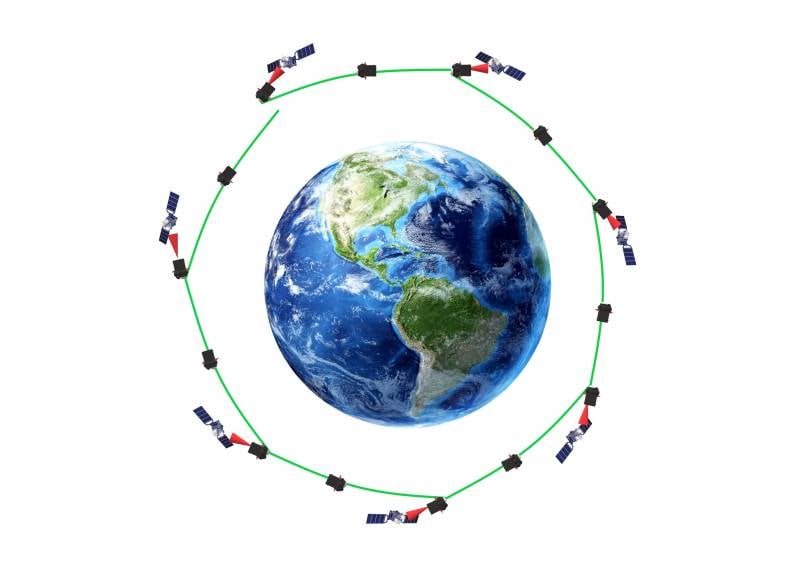 Just as the Reaper will attack enemy satellites with guided / unguided munitions or shrapnel beams, the Pest will envelop them in a cloud of carbon dust and fibers, or other conductive material that can disrupt the normal operation of the enemy satellite equipment and, over time, possibly disable it completely
How will this ammunition affect the enemy satellite?

When meeting with an enemy satellite, the ejected particles and fibers will presumably be attracted and form unevenly distributed conductive layers on its surface. As a result, the signals emitted and received by the enemy satellite may be distorted, pickups on the body, secondary electromagnetic fields, local heating of the body surfaces and other negative phenomena that disrupt the normal functioning of the satellite equipment may occur.

For example, Starlink communication satellites have powerful active phased antenna arrays (AFAR), what will happen to them when conductive elements hit the antenna sheet, the big question is ...

It is far from a fact that the enemy satellite will fail, in some cases the effect will be hardly noticeable at all - it depends on how accurately it gets into a cloud of conductive dust and fibers, how they are distributed over its surface. But it is precisely the instability of the impact that is the goal of the "Pest".

On the other hand, one cannot exclude the complete failure of enemy satellites - modern Western satellites are leaky, who knows where, in what part of the equipment, the conductive components of the shot will fall?

In fact, these are prototypes of the promising Reaper orbital interceptor, which in parallel can themselves serve to harm the enemy.

The spacecraft "Observer" can be created, presumably, in a relatively short time, it can be used to work out the synchronization of the orbits of the spacecraft and enemy satellites, targeting them and conditional defeat from the "photo gun". In addition to receiving telemetry data and testing equipment, the enemy will be dealt a severe psychological blow.

The Vreditel spacecraft is the next iteration, it is designed both to confirm the results achieved by the Observer spacecraft and to gain experience in practical firing at the enemy. If the “photo hunt” does not frighten the enemy, then the unsystematic failure and deterioration in the characteristics of satellites will definitely make him think, while directly accusing Russia of using anti-satellite weapons will not work.

It can be assumed that from a certain point on, providing the UAF with satellite intelligence and communications data will become too expensive and nerve-wracking even for the United States. And if not, then sooner or later the Reapers will appear on the arena.