October 26 2012
11
After practically 40 years of working with technologies that allow space manned spacecraft to be output no further than Earth orbit, the US space agency NASA appears to have decided to invest money in deep space. In particular, NASA plans to create a space base located behind the Moon. The idea of ​​creating in this place an intermediate base for finding there astronauts, according to media reports, receives quite a lot of support in the US space agency. Currently there are many projects and options that relate to this station. According to one of them, when it is created, a module made in Russia will be used, which is similar to the Scientific and Energy Platform - the project of one of the modules for the ISS, the spare parts of the international space station themselves, as well as the equipment that remains in the US from the shuttle program.

It is assumed that the official announcement of the new mission of the US space agency may appear as soon as possible. For example, in November, after the presidential elections in the United States. Until then, with 100% confidence, it is impossible to say that the information leaked to the media regarding the construction of the space station beyond the Moon is really feasible and really serious. Since there is a possibility that this is just a move that will allow us to study the reaction of the public to this problem.

It is assumed that the analogue of the ISS located near the Moon will be able to act as a transit point, which will allow you to better explore the natural satellite of the Earth, asteroids, and also send people to Mars in the future. The source of this information, which can still be attributed to the rumors, is the American edition of Orlando Sentinel. The authors of Orlando Sentinel say they got acquainted with the information on this topic in the corresponding report compiled by the head of NASA, Charles Bolden, for the White House. 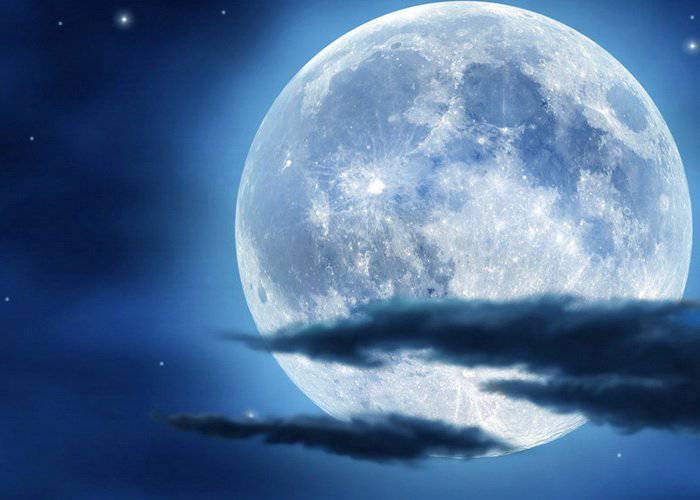 The documents allegedly contain information that the US space agency plans to assemble a new space station at the so-called Lagrange point - L2 in the Earth-Moon system. Conventionally, the new space station will be called EML-2 (Earth-Moon Lagrange 2). It will be located at a distance of 61 thousand km. from the moon (beyond the far side of the Earth’s satellite) and at a distance of 446 thousand km. from our planet.

The Lagrange point L2 is on a straight line that connects two bodies with masses M1 and M2, while M1> M2, and is located behind a body with a lower mass. At this point, the gravitational forces that act on the body compensate for the action of centrifugal forces in the rotating frame of reference. Based on this, the L2 point, located, for example, in the Sun-Earth system, is the best place for building telescopes and orbiting space observatories. Since the object located at the L2 point is able to maintain its orientation relative to the Earth and the Sun for a long time, it becomes much easier to calibrate and screen it. However, it also has a drawback, this point is located a little further than the earth's shadow (located in the penumbra region), so that solar radiation is not completely blocked in it.

At the same time, the Lagrange point L2, located in the Earth-Moon system, can be used to provide satellite communications with objects located on the back side of the Earth’s satellite, as well as being a convenient place to locate a filling station that would assist in ensuring cargo traffic between the Earth and By the moon. Currently, spacecraft of the American and European space agencies are already located at this point: WMAP, Planck, and the Herschel space telescope.

If the space station is located in the Earth-Moon system, then it will be in one more or less static position. That is, such a station will not rotate relative to our satellite and our planet. This is achieved due to the fact that the forces of gravity, which act on the station of such an insignificant mass from the side of the Earth and the Moon, are balanced by centrifugal force. This position of the station has many advantages. 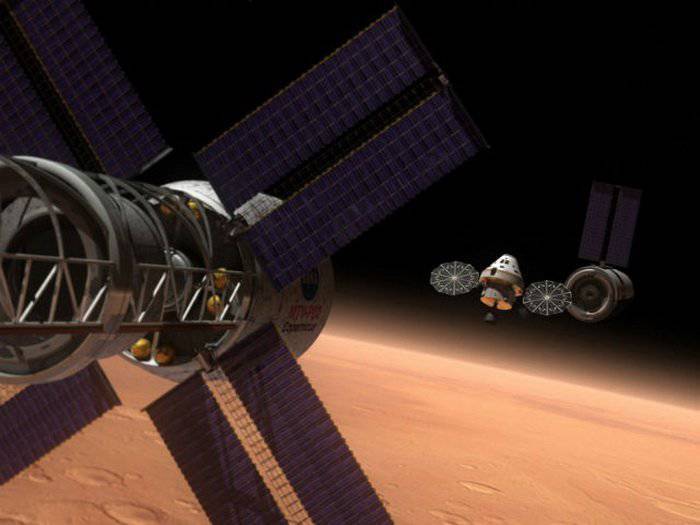 The EML-2 space station can be assembled from parts of the existing ISS, and also include the Russian module and Italian components. Delivery of the required modules can be carried out with the help of the super-heavy American carrier rocket SLS, the first flight of which is planned for 2017 year. Probably, by 2019, this rocket could be used to build the EML-2. Cargoes and people to the new habitable space station can be sent using the Orion multi-purpose spacecraft. If it speaks about the functions of the station itself, then with its help the United States will be able to send new robotic missions to the Moon to study it (according to plans, a new portion of lunar soil should be on Earth already in 2022 year).

After that, the station can assist humanity in sending people to Mars. The American publication Orlando Sentinel reports that a station located at the L2 point of the Earth-Moon system is the best option for gaining appropriate flight experience with a minimum level of risk. These plans of NASA are partially confirmed in recent the news that the American space agency has announced contracts for the creation of solid fuel boosters for the new heavy launch vehicle SLS.

Another proof of these plans can be partly considered the fact that experts from the United States have long been working out technologies that allow a manned mission to get to an asteroid and study it. According to the latest information from NASA, the SLS booster will allow a person to be sent to an asteroid on 2025 of the year, and to a red planet in 2030's.

In addition, the EML-2 project is quite reminiscent of Global Exploration Roadmap, which was presented by the International Coordinating Group for Space Exploration (ISECG) in 2011. ISECG is a consortium created by the nations that participated in the creation of the ISS. The documents provided in particular contain plans to extend the work of the ISS to 2020, as well as space missions for the next quarter of a century, which will be possible if the orbital station lasts more 8 years. In the same place, in particular, measures are described that need to be implemented in order to study the asteroids closest to the Earth, as well as to return man to the Moon. 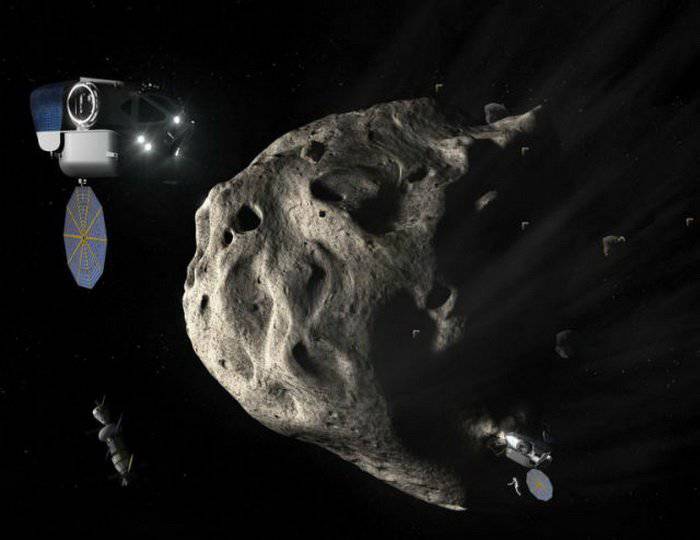 It is worth noting that the cost of such large-scale projects is not yet known to anyone. It may turn out that it is precisely the money issue during the global financial crisis that will become the main problem on the way to implementing ambitious space programs. It is currently unknown whether the US Congress and the Presidential Administration will approve such plans and spending. Correspondents of the publication Orlando Sentinel could not get from NASA and the White House official comments on this matter.

Also, developers who are planning to create EML-2 are faced with the issue of not only financing. They have to solve a decent amount of technical problems. For example, to develop a more reliable system of protection against radiation, since the Lagrange point targeted by the Americans is outside the radiation belt protecting our planet and its surroundings from the harmful effects of high-energy particle fluxes. In addition, the spacecraft "Orion" will need to "arm" with protection that would provide it with protection against heating in the Earth's atmosphere. Over time, the Apollo-17, which returned to Earth in 1972, not a single ship underwent such tests (the return rates were not the same).

The next stage assumes that all technical units must be ready for a sufficiently long flight from the Earth and back. This means that all automation should work as reliably as possible. Crew training should be appropriate. And we are talking here not only about psychological preparation, but first of all technical. As today's conquerors of space, nothing of the kind had ever dreamed of.

However, it is worth noting that until the representatives of NASA receive official confirmation of the work on the EML-2 project, it remains only one of the possible options for the development of US space programs. At the same time, I want to believe that such projects are possible in principle and can be implemented. As in this case, the space that has been mastered by man would have grown to incredible sizes.