October 26 2012
5
To replace the main armament tank "Type 59" Chinese engineers in the 1970s began work on creating a new main tank for their own armed forces. The project was called WZ-1224, while the solutions used to create the tank were new to China. The main decisions were:
- complex welded tower;
- engine with high power;
- automatic loader;
- smooth-bore gun caliber 120mm;
- modern MSA.

The development of tank guns by Chinese engineers have been going on for a long time, but the creation of guns did not go beyond the creation of prototypes. To overcome this threshold, the production technology of tank guns received from the Israeli side helped, although weapons built on them were not accepted for service. The Chinese military proceeded in a simpler way and purchased 2А46 125mm guns from the Soviet Union. Modern at that time, the MSA had a ballistic computer, combined sights of the commander and gunner with a built-in IR channel. 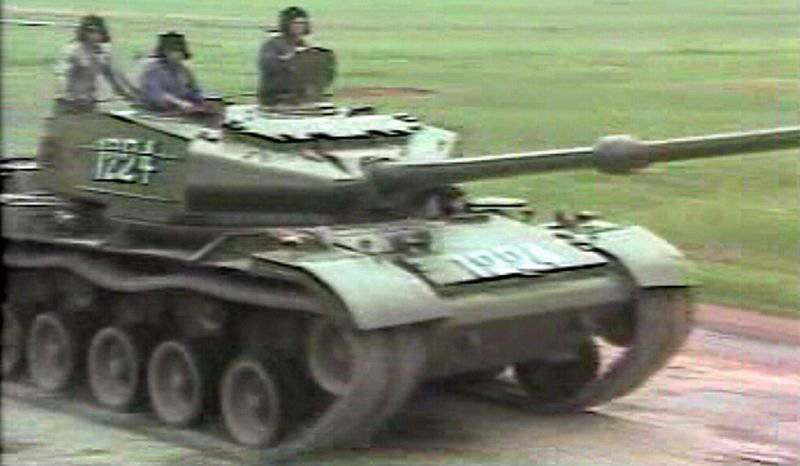 The tower part carries the gun of the main caliber. A smooth bore 120mm caliber was stabilized in two planes, the barrel was made without a casing (Israeli technology was used), and Chinese engineers create an ejector for the gun independently. The aft niche of the tower part had an armored partition from the habitable internal space; in the separated space, a mechanized type ammunition was installed on 17 unitary ammunition (It is worth noting that the development of an automatic loading mechanism ended up with nothing - the Chinese engineers did not manage to bring their own designs to mind) . Additional ammunition was placed in the internal space of the tower compartment. If the Chinese engineers planned to install additional armament on the tank, it was not installed on the prototype, although there was a machine gun turret in front of the commander's hatch of the “Type 59” type. The execution of the hatches of the commander and the gunner also got from the "Type 59". Automatic fire extinguishing systems and protection against weapons of mass destruction were part of the standard equipment of the new tank.

MTO, located in the aft part of the hull, installed an eight-cylinder air-cooled diesel engine “Maybach” with a power of about 1000 hp. (on tests, the engine gave out about 740 hp). The cooling system is made in the German style - two radiator rings. This diesel engine of a famous German company was manufactured in China under license. In China, diesel was used in the civilian sphere — installed on heavy trucks and river / sea vessels with a small displacement. However, for a new tank, the diesel was quite heavy - the maximum speed that the prototype could develop on tests was on equipped roads to 65 km / h, and on non-equipped roads and terrain to 45 km / h. 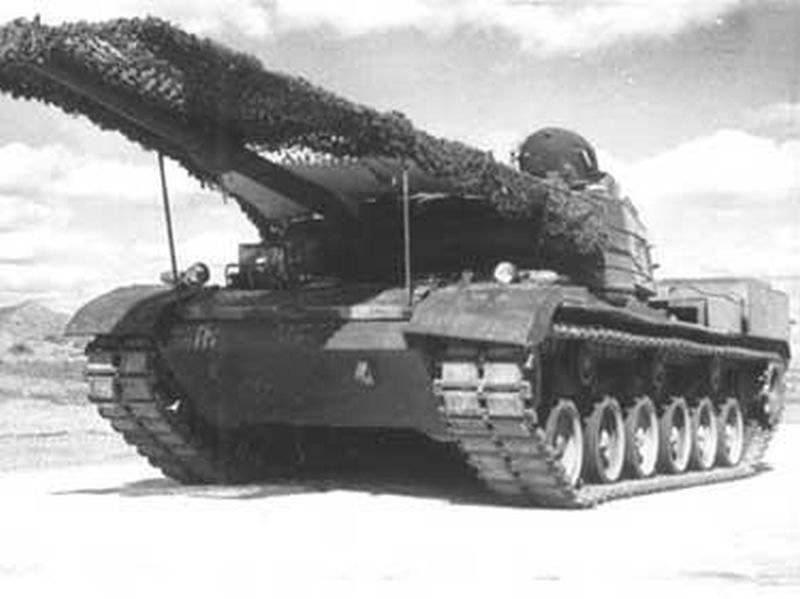 Chassis WZ-1224 included 12 rubberized dual-track rollers of the support type and 6 supporting rollers with driving wheels in the rear. Tracked truck got rubberized metal hinge and asphalt shoes. The suspension was created by Chinese engineers by the American analogy, it is possible that individual elements of the American M47 / M48 were used or simply copied. These tanks could easily get into China from Pakistan, where they were in service with the Pakistani armed forces. Tanks could also get into China from Vietnam, which remained there (or were captured) during the just ended war.

The armored protection of the tank consisted of rolled monolithic sheets, which were installed at design and calculated angles. Due to the fact that the body armor turned out to be rather average, they tried to increase it using overhead armored sheets, especially in the front part of the tank. The tower part of the developed form, possibly, had anti-cumulative filler to enhance body armor.

The fate of the project WZ-1224
It is known that prototypes were built that underwent various and comprehensive tests. The tests of the prototype WZ-1224 were completed in the 1979 year, a total of more than 200 hours were built with 1500 kilometers of run. During the tests, it turned out that almost all new solutions and improvements are not in real conditions. The tower part with a smooth-bore gun and an automatic loader could not show the required characteristics of automatic fire, accuracy of hits, combat effectiveness. Power did not show the required characteristics of speed and had a high fuel consumption. 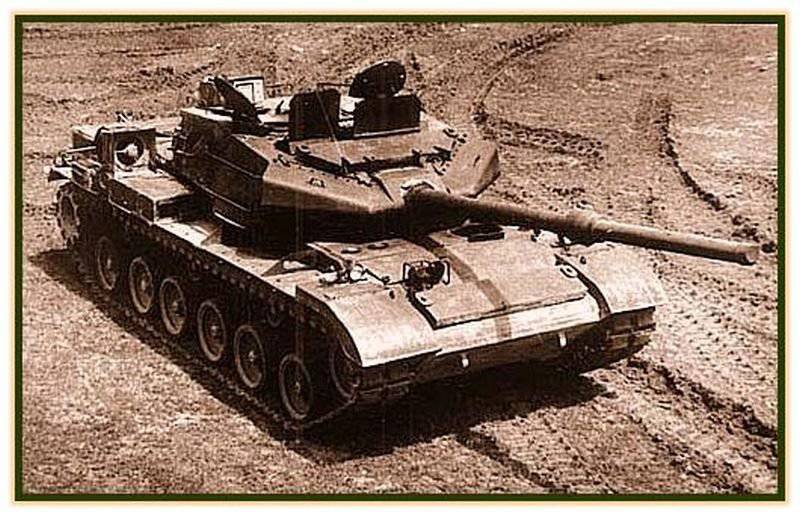 After the tests, the turret was replaced, and the tank with the cast turret began to be refined to the required characteristics, changing equipment and units, which eventually led to the development of a new project called the WZ-1226 and the creation of the next prototype of the main tank.