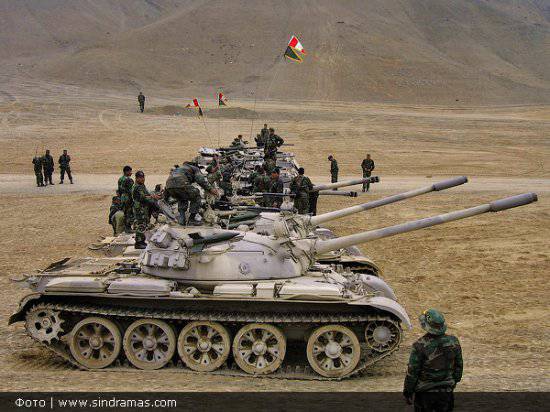 According to the Latin American press, the issue of choosing military tanks gave rise to a serious conflict within the armed forces of Peru - between the head of the Joint Chiefs of Staff of the Armed Forces of Peru, General Francisco Contreras, and the Army Chief of Staff Otto Gibovic. Each of the military leaders has his own favorite - one is China, the other is Ukraine. Meanwhile, the Ministry of Finance is not without reason trying to avoid financing applications of intractable generals.

Recall that the previous Minister of Defense Rafael Ray postponed the purchase of Chinese tanks because of the need to send funds for the purchase of dual-use equipment suitable for combating the consequences of natural disasters, as well as due to the lack of China’s permission for Ukraine to re-export engines and transmissions produced by the Kharkov Design Bureau them. Morozov. After the change of the Minister of Defense, the issue of the purchase of tanks is back on the agenda, and Otto Gibovic, the commander-in-chief of the ground forces of Peru, lobbies for the continuation of negotiations with the Chinese.

According to information from sources in the military department of Peru, who wished to remain anonymous, in the middle of September, representatives of the Chinese company Norinco, the manufacturer of tanks MBT-2000, visited the country. The Chinese allegedly provided Gibovic with some information "on the Ukrainian issue" and urged him to buy three tanks at a price of 4 million dollars for each - the very ones that the Chinese "lent" Peru for demonstration at a military parade in the capital of the country. According to the same source, according to the results of the visit of the Chinese, Otto Gibovich decided to refuse the Ukrainian proposal in favor of the Chinese.

At the time of the publication of these rumors, Gibovic was in Korea, from where, according to sources, he was going to visit China. In the team of the commander in chief, the likelihood of Gibovich’s personal interest in the contract with the Chinese is rejected.

Meanwhile, despite the fact that the procurement of military equipment is not within the competence of the Joint Chiefs of Staff Committee of the Peruvian military, the head of this department, General Francisco Contreras, accepted the invitation of the representatives of the KMDB them. Morozov to visit Ukraine and attend the tests of the tank Tifon-2, which is a modernized version of the T-55, developed by the Peruvian company Desarrollos Industriales Casanave de Perú in cooperation with the KMBM them. Morozov. At the end of September, a Peruvian delegation led by Brigadier General Juan Mendiz, Head of the Logistics Department at the OKNSH, visited the landfill site for them. Malysheva and KMDB them. Morozov. Upon his return, Mendiz reported to Contreras his sympathy for the Ukrainian tank (or rather, the Peruvian-Ukrainian), and the Ukrainian press announced that they were ready to buy a lot of these cars in Peru.

Apparently, Peru’s current defense minister, Jaime Torne, in an interview with the Andina news agency, was trying to prevent a brewing scandal, that there was no conflict in the country's armed forces, and that the visit of the Armed Forces representatives to Ukraine could not be the cause of such a conflict. In addition, the minister said that no one is going to neglect the Chinese proposal, summing up that the decision to purchase military equipment cannot be easy and must be weighed and deliberate, so as not to get "a cat in a bag."

Nevertheless, all the same unnamed sources say that the Minister of Defense is inclined to purchase Chinese tanks. 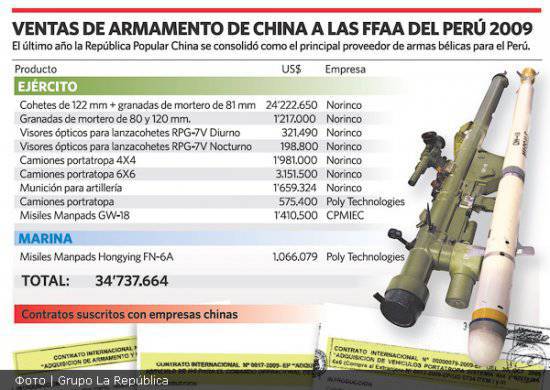 While the Ministry of Defense of Peru cannot find a compromise on the use of scarce funds allocated for the modernization of the country's armed forces, which the Minister of Defense hardly defeats from the Ministry of Economy and Finance, the Peruvian generals and admirals, including former Air Force Commander Felipe Conde Garay. High-ranking military officials presented their accusations against the Ministry of Economy and Finance to the Expreso publication, questioning the financiers, "always anti-militarist", to make decisions on reducing defense funding, in which they "do not understand anything."

Apparently, it is now worth waiting for counter accusations to the generals, who have earned Peru the glory of one of the most corrupt countries in the region, with its specific way of making difficult decisions about purchasing three tanks or two helicopters.