October 24 2012
13
This modernization of RZSO "Grad" was developed by Ukrainian designers in the variant of the system of jet volley fire "GRAD" and in the version of RZSO "GRAD-M". The basis of the reactive volley fire system is an inertial impulse which gives the module with the warhead a high speed at which it moves straight to the target, as part of the volley. 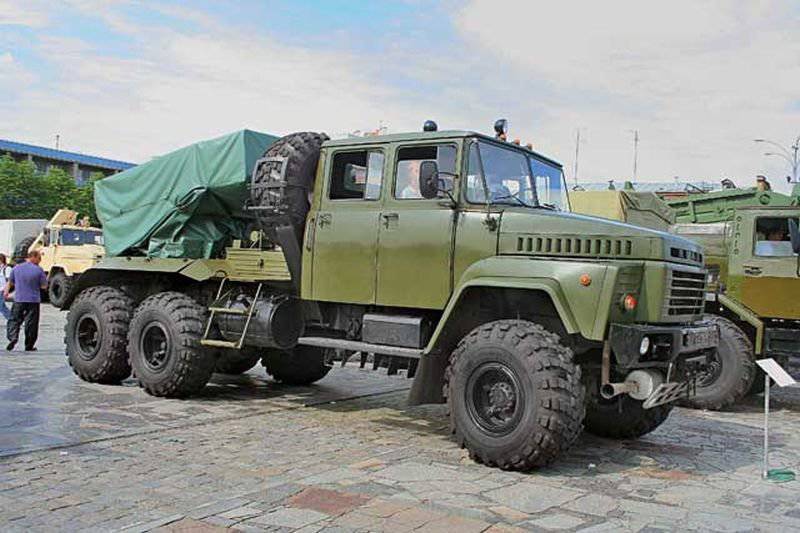 Ukrainian RZSO made on the basis of KrAZ. The new chassis made it possible to provide the combat system with doubled ammunition. Dozens of jet ammunition can hit area targets at a distance of 20 kilometers. In addition, RZSO "Grad-M" can destroy enemy’s Communist Party of Ukraine / PU, military bases and airfields, various positions of missile weapons and systems. The main chassis for Grad-M is KrAZ-6322, however, the installation options for the KrAZ-6322-120-82 are known.

BM-21U
Artillery launcher unit is designed to launch rocket engines of missiles and telling them the angle of guidance to destroy area targets. It consists of forty tubular guides. They make up an artblock - a package consisting of four rows of ten guides. Package length - 3 meter, the diameter of each guide on the internal channel - 122.4mm. Rotation of jet ammunition gives u-shaped screw groove, which gets and then slides protrusion (pin) of ammunition. For targeting the package with the PC vertically / horizontally, an electric drive is used, for various unforeseen situations, there is also a manual guidance. The lift itself is made in the center, the main gear has a hook with the toothed base of the cradle. The electric drive (manual control) gives the gear an effort by which it rotates the gear base and the swinging part receives vertical pointing angles. The turning mechanism is made on the left side of the base. Gear mechanism has a hitch with an inner fixed ring shoulder strap. The electric drive (manual control) informs the gear of the force with which it rotates around the shoulder strap, indicating the rotation of the turning part. With the help of pointing mechanisms, guides can get vertical angles 0-55 degrees, horizontal angles: 102 degrees on the left side and 70 degrees on the right side. 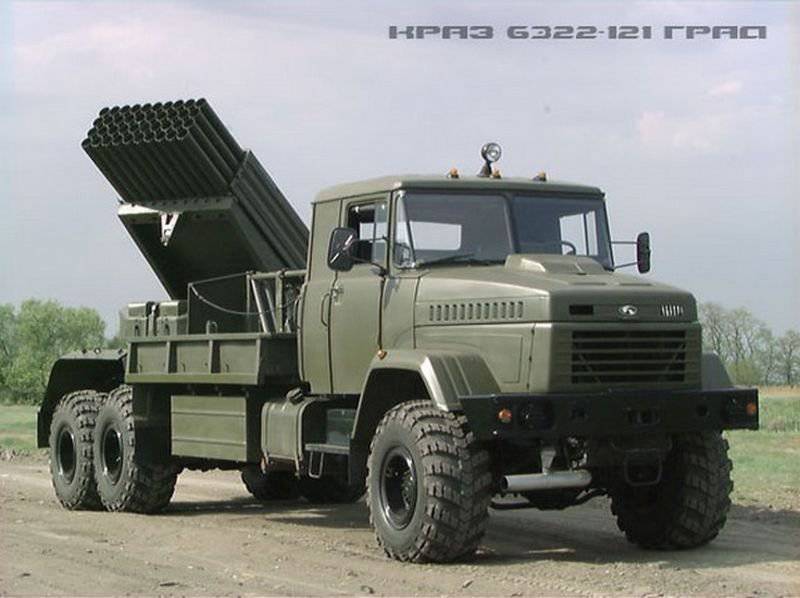 9М22
For the system of multiple launch rocket BM-21 at one time develop jet ammunition caliber 122mm. It is a high-explosive fragmentation missile of unmanaged type. Received the name 9М22 or М-21-ОФ. Equipped with an 9E210 MRV fuse. The applied RS design was revolutionary for its time. The PC case is made not by a sharp steel bar, but by rolling and drawing out of steel sheets. This method is typical for the production of shells of artillery shells. Use some technology of rocket armament - RS gets a stabilizer with collapsible planes. When installed in the guide planes, they are folded and held by a special ring in this position, the stabilizer opens up after the PC is started. In addition to the stabilizer, flight stabilization provides acquired RS rotation around the longitudinal axis. The stabilizer blades received an 1 degree angle to the longitudinal axis. The stabilizer and rotation support the stabilization of the RS throughout the flight to the target. The length of the jet ammunition 2.87 meter, curb weight 66 kilogram. The warhead is made in the head, which has a weight 18.4 kilogram, the weight of the explosive 6.4 kilogram. For comparison: 9М22 is almost twice as powerful as the RS M-14-OB, both in fragmentation and high-explosive action.

Modifications:
Three modifications on the KRAZ chassis were created; they are distinguished by the cab design - double, one-and-a-half and single. 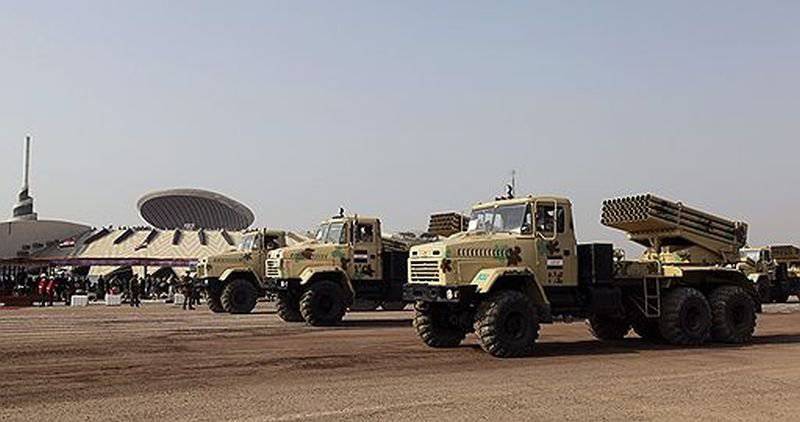