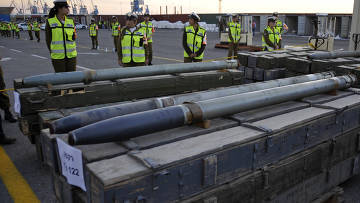 The export of oil, gas and metals cannot fully cover the budget deficit of the Russian state. Moscow aims to become the largest exporter weapons in the world, challenging the three most important competitors: the United States, Germany and China. In 2010, the state monopolist Rosoboronexport, which controls the export of weapons and military equipment, hopes to register a record transaction volume, which is more likely to exceed 10 billions of dollars.

Russia currently exports several thousand different types of weapons to 80 countries of the world, while sales “increase by an average of 500-600 million dollars a year,” said Rosoboronexport’s director Anatoly Isaykin, according to which Russian manufacturers Year 1000 to 1700 contracts for the export of weapons, ammunition and military equipment.

The growth of arms exports from Russia has been going on for 11 years. At the moment, military aircraft of the Russian production, which is in the greatest demand on the world market, are military aircraft. Their implementation is approximately 50% of the sales of all weapons. Two multi-purpose fighters, the most popular among foreign consumers, are the SU-30 and MiG-29 aircraft. Russia sells these types of fighters to China, India, Algeria, Venezuela, Malaysia, Indonesia and some other countries of the world.

The export from Russia of Yak-130 training aircraft developed by the Yakovlev Design Bureau in cooperation with the Italian company Aermacchi is increasing: in 2010, six aircraft of this type were delivered to Libya. In Russia, Yak-130 aircraft are assembled at the Sokol plant in Nizhny Novgorod, and aircraft manufactured in Italy are manufactured under the brand name Aem-130.

In the second place in the list of Russian military-industrial products, most in demand abroad, are anti-aircraft missiles, among which are ground-to-air missiles С-300 and self-propelled anti-aircraft missile-gun complex Pantsir-С1. Last month, the Kremlin went to meet the “insistence” of the United States of America and the European Union, canceling the contract to supply Iran with the C-300 anti-aircraft missile systems, which, by the way, could be deployed to protect the Bushehr nuclear power plant built in Iran by Russian by specialists.

The light weapons for the ground forces complete the list, and first of all, various models of Kalashnikov assault rifles and defense systems of the naval fleet.


Despite the financial crisis, Russian military exports are growing from year to year: in 2009, sales reached 8,8 a billion dollars. This happened thanks to the orders of the two most important clients of the Russian defense industry: India and China. In addition to combat aircraft and helicopters, New Delhi imports submarines from Russia, including the Nerpa nuclear submarine (NATO's Akula-2) worth 750 million dollars and the aircraft carrier Admiral Gorshkov worth 2,4 billion dollars.

Meanwhile, tension in relations between Moscow and Beijing has recently intensified, which, without official permission, produces and resells to third countries copies of Russian weapons and military equipment, including fighters, artillery systems, ammunition and the famous Kalashnikov assault rifles.