"Severe Challenge" to Israel and the United States

October 23 2012
66
While the whole world is watching the clashes of the Syrian military with armed rebels, in the Middle East region are taking measures related to maintaining the defense capability of one of the countries. Last Sunday, the 21 of October in Israel began joint exercises of the IDF and the American army called Austere Challenge-2012 (“Severe Challenge-2012”). It is worth noting that the commanders of the Israeli and American armed forces did not “tout” their plans too much, therefore, so far there is no detailed information about the training program and the exact number of military personnel and equipment involved. 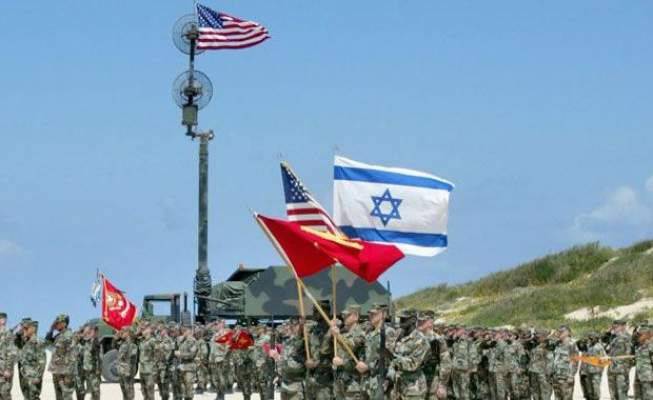 Initially, Israel and the United States planned to conduct the “Stern Call-2012” exercise back in April of this year. However, for a number of reasons, probably organizational, the deadlines have shifted by six months. At the same time, the official reason for the transfer of the exercise was called tension in the region and unwillingness to provoke any unpleasant consequences of a military nature. In the light of recent events in the Middle East, such as the civil war in Syria or the constant controversy surrounding the Iranian issue, such official statements do not look strained and far-fetched. However, the time has passed, and the Middle East conflicts have not gone away. Therefore, the United States and Israel had to return to conducting joint exercises, no longer paying attention to the possible military and political consequences.

Probably, the American-Israeli approach to secrecy has become a kind of guarantee of the absence of a possible complication of the situation. Currently, only a tiny amount of information about the goals and program of the exercise has become public knowledge. First of all, it is known about the participation in the “Severe Call-2012” missile defense systems. At the same time, all levels of the existing system will work on educational objectives. Israeli missile defense is considered one of the best in the world and, according to available data, it protects the territory of the country from being fired by rockets of various classes and types that can only be used against the country. For a better understanding of the situation, the structure of the Israeli missile defense system and the prerequisites for its creation should be considered. The fact is that Israel is regularly subjected to shelling from the territory of neighboring Arab states. Before the creation of anti-missile systems, each such bombardment was accompanied by casualties and destruction, which ultimately led to the deployment of work to create missile launch detection systems and damage in flight.

Currently, the Israeli missile defense is organizationally and technically divided into four defense echelons. The first is capable of intercepting jet ammunition with a range of not more than 40 kilometers. The discovery and destruction of such targets is carried out by the Kipat Barzel (Iron Dome) complexes created by Rafael. One battery of such anti-missile systems is capable of covering an area of ​​about 150 square kilometers from a rocket attack. At the same time, the “Iron Dome” has one interesting feature characteristic of the entire Israeli missile defense system. Enemy rockets, first of all it concerns handicraft "Kassamov", etc. rocket ammunition, despite the fairly high efficiency of hitting targets, is not too demanding of production conditions. This allows them to be produced in sufficiently large quantities, and in addition, significantly reduces the cost of ready ammunition. At the same time, one rocket of the “Iron Dome” complex, according to various estimates, costs about 30 thousands of American dollars. It is quite obvious that an interceptor missile costs significantly more than an intercepted enemy missile. However, the command of the IDF and the leadership of the country came to the conclusion that this difference in price is more than offset by successful interceptions. The fact is that only compensation to residents who suffered during the shelling, cost the Israeli treasury an order of magnitude more expensive than the Iron Dome rocket. Thus, the Israelis of the two financial evils chose the lesser, and at the same time saved more than a dozen lives, not allowing the enemy missiles to achieve their goals.

The second echelon of the missile defense system is the Sharvit Ksamim (Magic Wand) complexes, also known as Kela David (The Truth of David). The task of the complexes developed by the Israeli firm Rafael and the American Raytheon is to destroy missiles with a range from 40 to 70 kilometers. The basic principles of the "Magic Wand" are similar to the "Iron Dome", but refined to match the combat missions associated with the greater range of the attacked missiles. At the same time, there was also an imbalance in the cost of the anti-missile system and the enemy’s munitions being hit. However, in this case, the destruction of missiles with a warhead of greater weight leads to even greater savings on savings objects and lives. The third and fourth echelons are equipped with the Hetz-2 and Hetz-3 complexes (Strela-2 and Strela-3, respectively), also created as a result of American-Israeli cooperation. This time, the developers of the missile defense system are the firms IAI (Israel) and Lockheed Martin (USA). The range of the third and fourth parts of the missile defense system exceeds 100 kilometers. It is worth noting that the fourth echelon in the form of complexes "Hetz-3" just entered service, the exercises "Severe Challenge-2012" will be the first serious case of their use.

On the American side, several Patriot anti-aircraft missile systems are taking part in the exercises. In addition, according to unverified information, several combat vehicles and missiles of the THAAD anti-ballistic missile defense system were delivered to Israel to participate in the “Stern Call-2012”. The fact of the presence of the latter is not confirmed by official sources. The same applies to the exemplary exercise program. From the stated information about the exercises, it is possible to present the goals and methods of anti-missile firing practice, but no more. For example, the type of missiles that are used as targets was not named.

And yet the veil of secrecy, despite all the efforts of the Israeli military, seems to have been ajar. And this was done by a country that has far from friendly relations with Israel. A few days ago, the IDF's air defense personnel discovered and destroyed an reconnaissance unmanned aerial vehicle. An analysis of the wreckage revealed that it was an Iranian-made drone used by Lebanese Hezbollah fighters. The presence of those who want to "spy" on the Israeli and American military does not look something surprising. Moreover, attempts to find out the neighbors' military secrets in this region have already become a peculiar tradition. According to official information, the Israelis were unable to establish what kind of information the intelligence UAV managed to collect. So, in the hands of Hezbollah, Lebanon, or Iran, there could be information about, for example, the exact location of anti-missile defense batteries. Naturally, such information can be used and, most likely, will be used for military or political purposes.

It is necessary to recognize that the secrecy regime established by the States and Israel is not an unnecessary measure. For Israel, missile defense is one of the main elements of security, so disclosing the details can harm the whole country. The relevance of secrecy and security is only increasing due to recent events in the Middle East. The desire of Iran or Lebanon to learn more, in turn, also has certain reasons. Take Iran as an example: in recent years, this country has embarked on creating its own ballistic missiles, which are the main target for the Israeli Strel, Magic Wands and Iron Domes. It is not surprising that Tehran will make attempts in one way or another, with its own hands or with someone’s help, to obtain information about the details of the Israeli defense. Knowing the location of anti-aircraft and anti-missile batteries, as well as representing their level of equipment and development, Iran can use deterrence tactics. For this, it is not even necessary to equip missiles with nuclear warheads.

In general, the exercises “Severe Challenge 2012” are useful not only for their direct participants. Of course, the Israeli and American military will gain positive experience and improve their skills. However, Iran’s likely adversary may receive useful information. With the proper level of radio engineering and aviation (unmanned) intelligence Tehran is able to collect enough data on the state of the Israeli missile defense. As a result, Israel and the United States, not wanting to help Iran, are forced to classify all the information and publish only the most general data on the progress of the current exercises. In particular, and for this reason, much of the attention in the Israeli media was given to the exercises “Turning Point-6”, which were being held simultaneously with the “Severe Challenge”. The rear service and rescue organizations are involved in these events. According to the scenario of the "Turning Point", on Sunday in Israel there were several moderate and strong seismic shocks, after which the country's coast was hit by a tsunami. It is noteworthy that civil defense exercises are given no less importance than missile defense training. According to the Minister of Defense of the Logistics A. Dichter, earthquakes, unlike missile attacks, always occur without warning. Therefore, the priority of the exercises "Turning Point-6" for the security of Israel is not lower than the priority of the "Cruel Call".