Ka-52M on trials and in combat 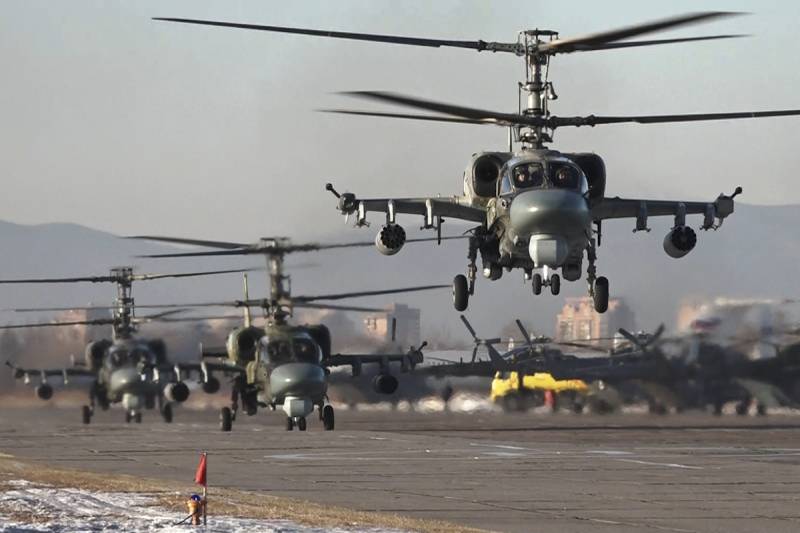 Serial Ka-52 of one of the combat units

In August 2020, the upgraded Ka-52M attack helicopter made its first flight. Currently, state joint tests are being carried out, according to the results of which the machine will receive a recommendation for adoption. Against the backdrop of these events, there are reports of the plans of the Ministry of Defense, as well as unknown technical details of the project.

The Ka-52M helicopter is still being tested, and the Ministry of Defense is already ordering such equipment. During the Army-2022 military-technical forum, the department placed several large orders for the production of modern and advanced aviation technology. One of them provides for the supply of new Ka-52M helicopters. The number of such equipment, its cost and timing of the appearance are not named.

On September 2, the TASS news agency disclosed interesting information about the ongoing tests received from its sources in the Ministry of Defense. After testing in the conditions of the test sites, it was decided to test the Ka-52M in the zone of the Special Operation. Helicopters of this type solved real combat missions in the conditions of a full-fledged conflict.

It is reported that such military tests were successful, and the helicopter showed its best side. At the same time, the customer proposed to finalize and improve some systems and components. Improvement recommendations have already been communicated to industry and will be implemented in the foreseeable future. 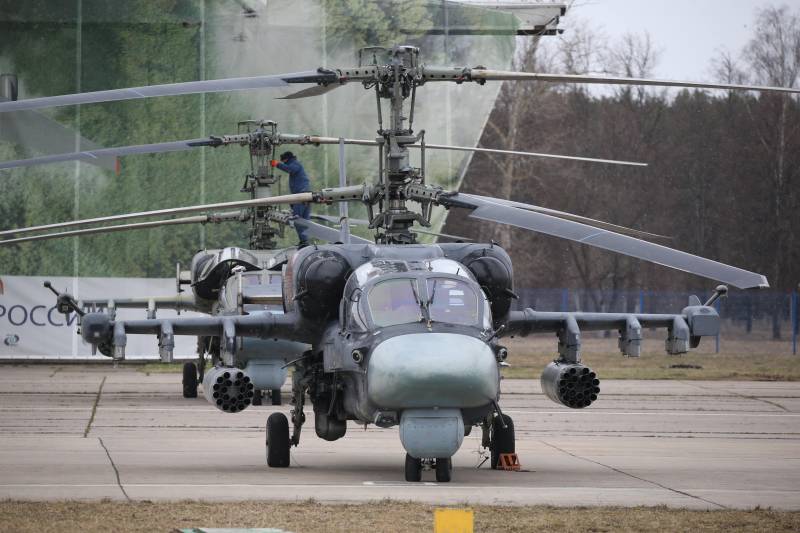 On September 14, TASS announced the imminent completion of the tests. An unnamed agency source in the defense industry claims that state joint testing of the Ka-52M will end in October. What will happen next, and when the next events will take place, is unknown.

The TASS source also spoke about the readiness of the industry to produce serial helicopters. Thus, the necessary capacities have been prepared at the Progress plant in Arseniev. He is ready to launch a series and supply the customer with the required amount of equipment.

TASS notes that official confirmations of the latest news missing. Nevertheless, the published news looks plausible and does not contradict the already known information about the Ka-52M. Accordingly, it can be expected that the state tests of this helicopter will indeed be completed in the near future and will launch the next stages and activities.

Also in recent days, curious information has been received about the new functions and capabilities of the upgraded Ka-52M. It became known about the measures aimed at increasing the situational awareness and safety of the crew - which will positively affect the overall combat effectiveness. 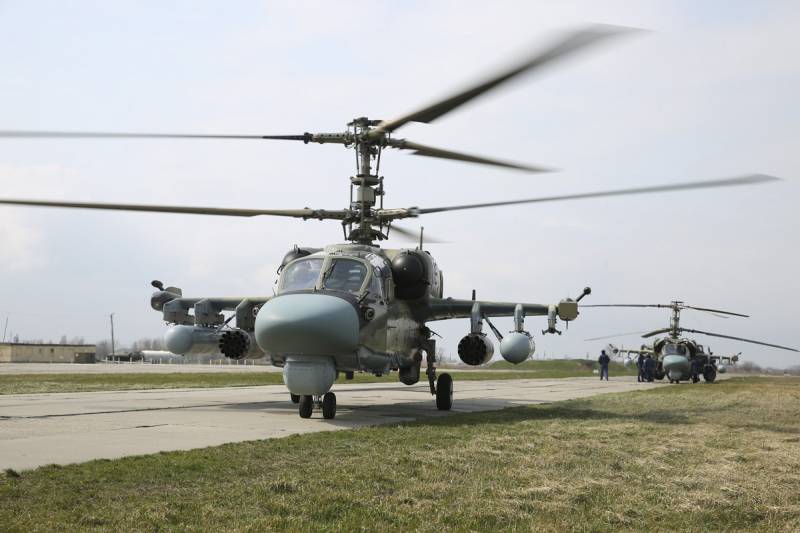 On September 14, the TASS agency spoke about the new capabilities of the helicopter in the context of group use. From a source in the industry, it became known that due to the new equipment, the Ka-52M will be able to interact with various combat units involved in the air part of the combat operation. It can be other helicopters, planes and UAVs. Such capabilities will be provided by satellite communications, as well as a new ground command post, which is currently under development.

The source drew attention to the possibility of joint operation of helicopters and UAVs. In this case, the drone will conduct reconnaissance at a distance from the Ka-52M and transmit the necessary information to it. The helicopter crew will be able to monitor the situation at a greater distance.

On September 19, a TASS source reported on measures aimed at increasing the survivability of the helicopter. Thus, the Ka-52M project provides for the use of new ballistic protection. With the help of modern materials, it was possible to obtain the necessary resistance without an unacceptable increase in the mass of the structure. In addition, it became possible to protect components and assemblies that did not previously have armor.

The Ka-52M also received an improved airborne defense system. Technical details were not released, but it is claimed that it will be able to protect the helicopter from the entire existing range of man-portable air defense systems.

In recent years, industry and the Ministry of Defense have regularly talked about the Ka-52M project and disclosed certain details of it. The next messages of this kind came just the other day and supplemented the already existing picture. All this allows us to imagine what kind of attack helicopter the armed forces will receive in the near future, and how it will differ from the existing vehicles. 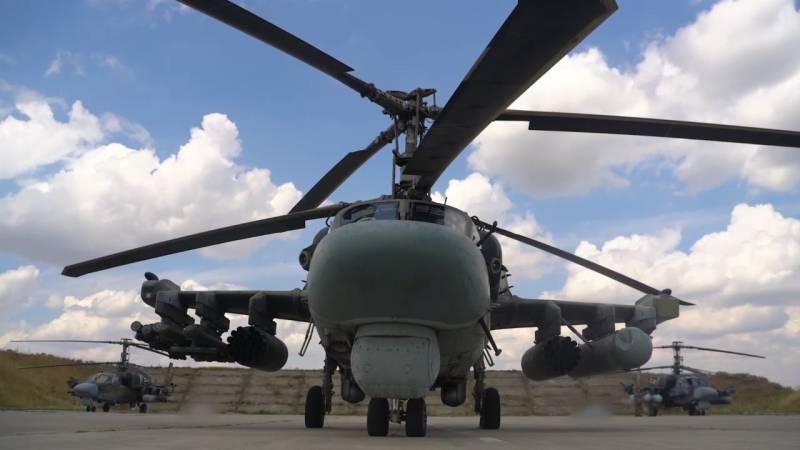 Helicopters participating in the Special Operation
As reported, the airframe, power plant and part of the overall systems will remain the same. At the same time, the refinement of individual elements is envisaged. In particular, the armor protection of the crew and vital units is being improved. The flight performance of such an air platform, apparently, will remain at the same level.

The main improvements of the Ka-52M project affect the sighting and navigation system. It is planned to use a new radar station with AFAR, replace the optical-electronic station, upgrade weapon control devices, etc. Earlier it was reported about plans to integrate the helicopter PRNK with the military complex of intelligence, control and communications "Sagittarius". This will simplify and speed up the exchange of data with other branches of the military and improve interaction with them. As it has now become known, new means of communication will allow the helicopter to work together with UAVs and other combat units. Depending on the current need, the Ka-52M will be able to receive information about the situation and targets or transmit it to other helicopters or other consumers.

The weapons complex is undergoing a major upgrade, primarily its control devices. Measures have also been taken to improve the accuracy of the built-in gun mount. The ability to effectively use unguided rockets and bombs has been retained. It was reported about the preservation of the existing anti-tank missile systems "Shturm-VU" and "Whirlwind". The Ka-52M will also retain compatibility with the 305 guided missile, which is already actively used in combat situations. The introduction of a new Hermes aviation missile with increased range is expected.

Upgraded PrNK, communication facilities, etc. expand the ability to search for targets and increase the effectiveness of the use of "old" weapons. In addition, they will give the helicopter full compatibility with missiles or other systems of the new generation and will allow them to use all their capabilities. 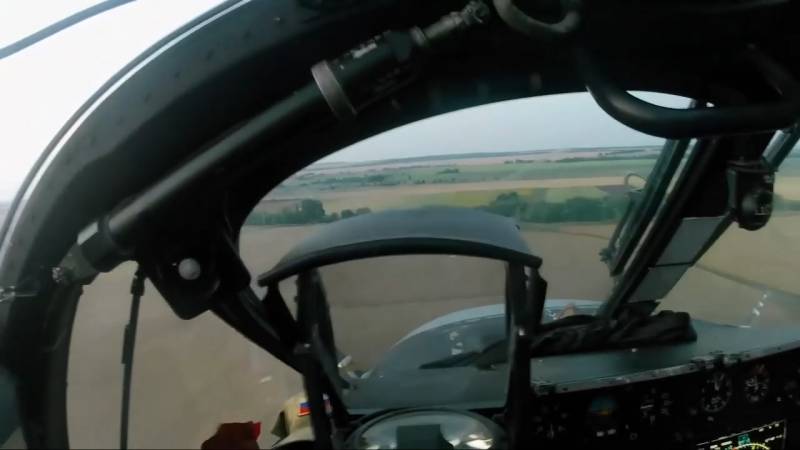 In the past, the Ka-52 attack helicopter passed all the necessary tests, as a result of which it entered service. In the future, serial helicopters repeatedly participated in exercises, and then took part in the Syrian operation. Since February, such vehicles have been contributing to the forced demilitarization of Ukraine.

In all operations, the serial Ka-52 repeatedly confirmed the calculated performance characteristics and demonstrated the required combat capabilities. With the use of all compatible weapons, helicopters hit various targets, and also evaded enemy attacks and often saved their crews from various threats. In general, the serial combatant Ka-52 showed their best side.

The Ka-52M modernization project is aimed at maintaining the strengths of the existing helicopter while improving a number of characteristics and obtaining new capabilities. Experienced helicopters with similar improvements are already undergoing state tests and are reported to cope with all tests.

This means that in the very near future the updated Ka-52M will be able to enter service and go into production. And after that, re-equipping aviation units with new capabilities will only be a matter of time.