Why modern self-propelled guns are equipped with a tower 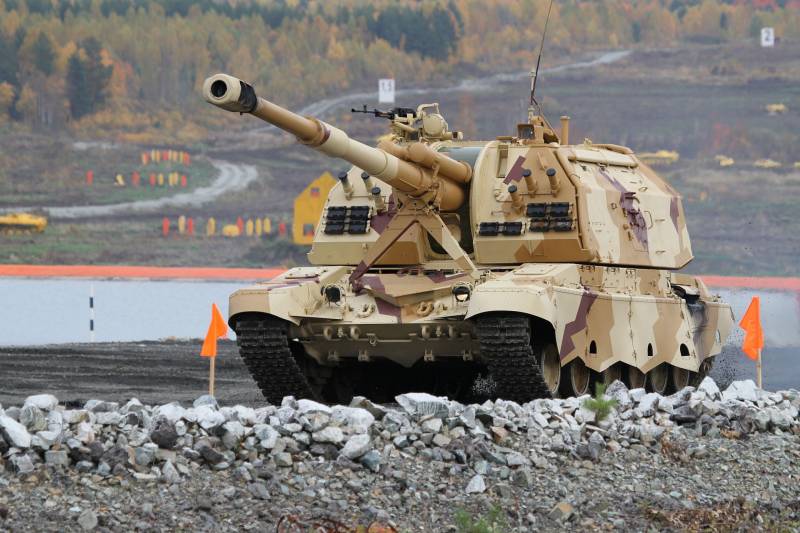 Why are modern self-propelled artillery mounts equipped with a rotating turret with a gun mounted in it? The question is really interesting, because in the not very distant past, many self-propelled guns were a tracked chassis with a fixed wheelhouse and a cannon, the guidance of which was very limited in the vertical and horizontal planes. At the same time, the cutting layout was considered the reference for accommodating a large caliber. So why was it abandoned? In this article, we will briefly go over a couple of myths that are firmly entrenched in the self-propelled guns of past generations. 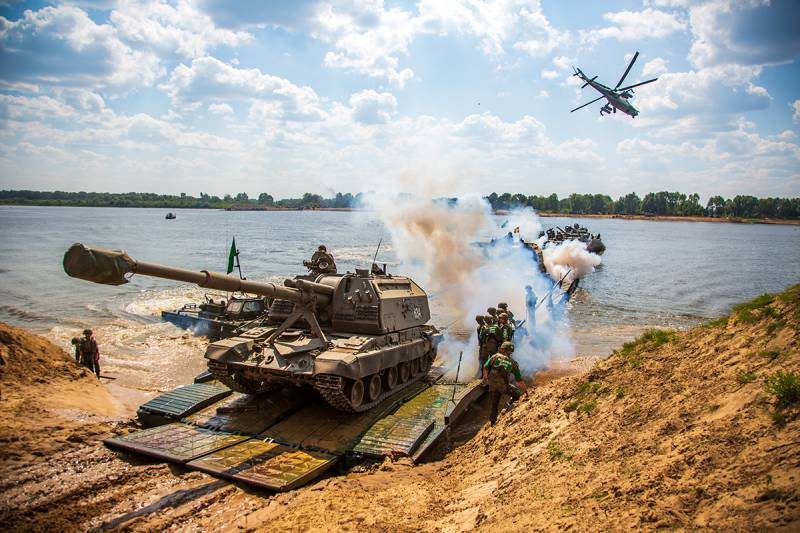 Perhaps, since the period of the Great Patriotic War, there was an opinion among the military, engineers and even simple fans of armored vehicles that a powerful large-caliber and, most importantly, high-pulse gun can only be installed on a fixed support - in the very wheelhouse. There is no dispute. With this arrangement, it is much easier to distribute the shock effect of the recoil when fired, which in general will be distributed along the entire length of the self-propelled chassis, because the gun is mounted along the axis of the vehicle and can deviate in very limited angles. 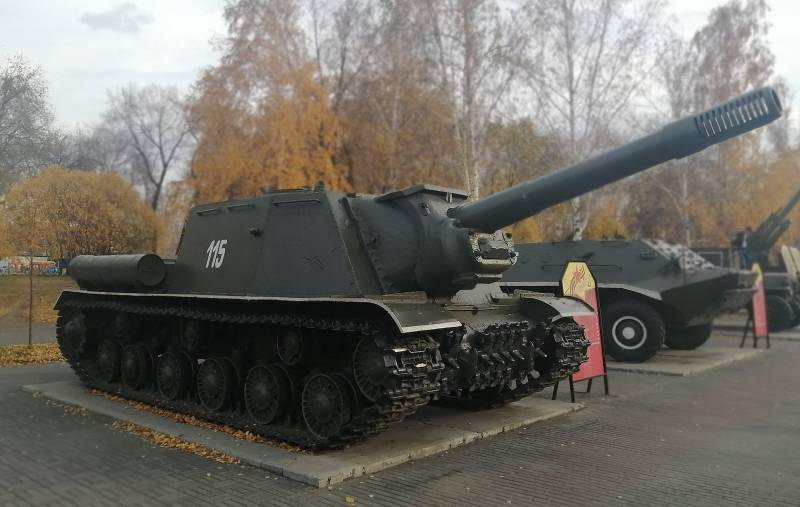 ISU-152 is one of the most famous self-propelled guns with a cutting layout. Source: en.wikipedia.org
This rule is fully implemented when using really large guns with a caliber much higher than 152 mm. Factors such as powerful recoil intervene here, which will not allow firing - be it a cannon in a rotating turret - in wide angles of horizontal aiming, and the difficulty in manufacturing this very turret. There will be no less difficulties with the chassis and with the running device. But how many serial cutting self-propelled guns with huge guns have you seen? Excluding the monstrous crafts of the Great Patriotic War, they can literally be counted on the fingers. And that's why. 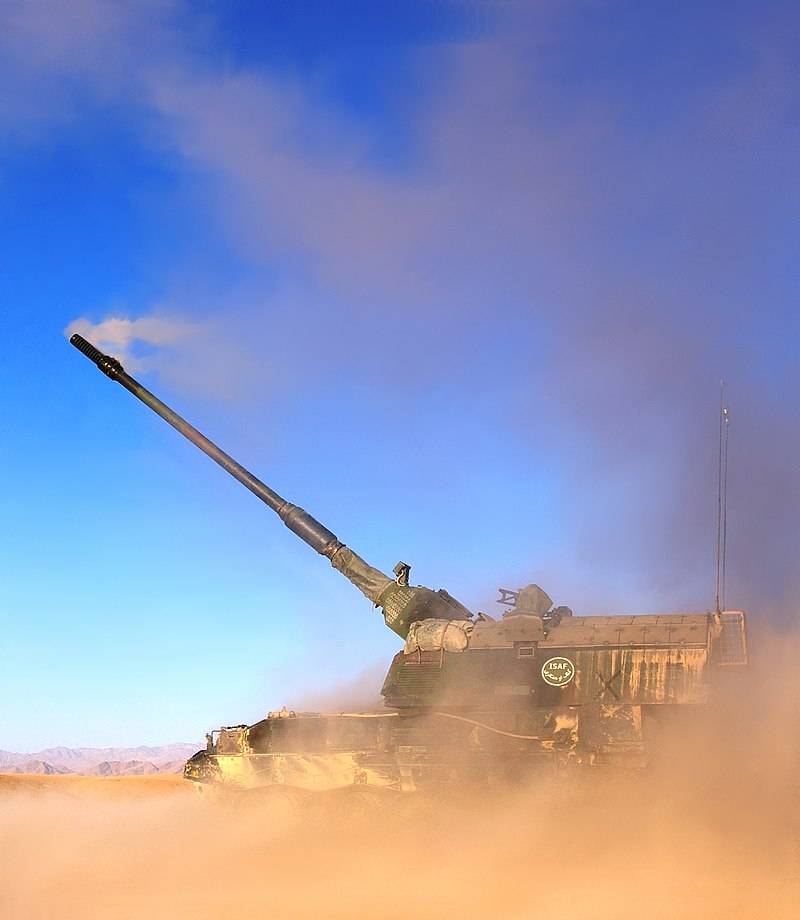 German self-propelled artillery PzH 2000. Source: ru.wikipedia.org
Cutting is not a magic tool that will solve all problems overnight. As the authors of the study “From the wheelhouse to the tower layout of self-propelled guns”, published in 1983 in the USSR, correctly noted, the most important limitation of the caliber is the width of the self-propelled gun itself. At the same time, it does not matter whether it has a wheelhouse or a rotating tower. This is largely due to the recoil already mentioned above when fired, the amount of ammunition, the size of the breech of the gun, and so on.

In turn, the width of the car is strictly regulated by the railway gauge in order to ensure its trouble-free transfer by this type of transport. And since the width of the cabin and the turret have the same restrictions, the caliber of the gun in both layouts will not differ much and in modern realities is unlikely to exceed the standard 152–155 mm. Considering equal opportunities in terms of caliber, self-propelled guns with a rotating turret have an undeniable advantage in the form of the possibility of all-round fire. 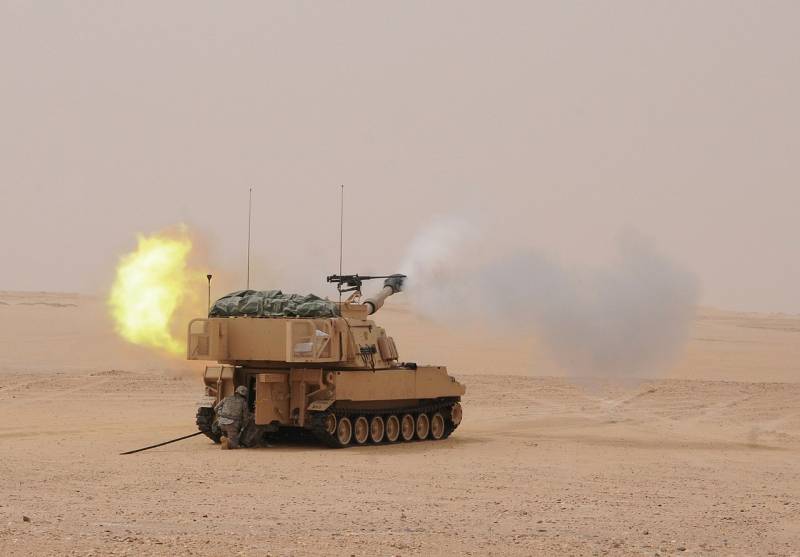 Does the cabin have thicker armor?

Another common opinion, which can be called ambiguous, is that self-propelled artillery installations with a fixed cabin are much more protected - up to the level tank armor and even higher - than their counterparts with a tower. This statement is indeed not without foundation: there are plenty of examples from the time of the Great Patriotic War. In particular, if we talk about serial copies, the Germans did their best here with their serial Jagdpanthers, Ferdinands and Jagdtigers. However, the USSR and other countries had a lot of cars of this class. 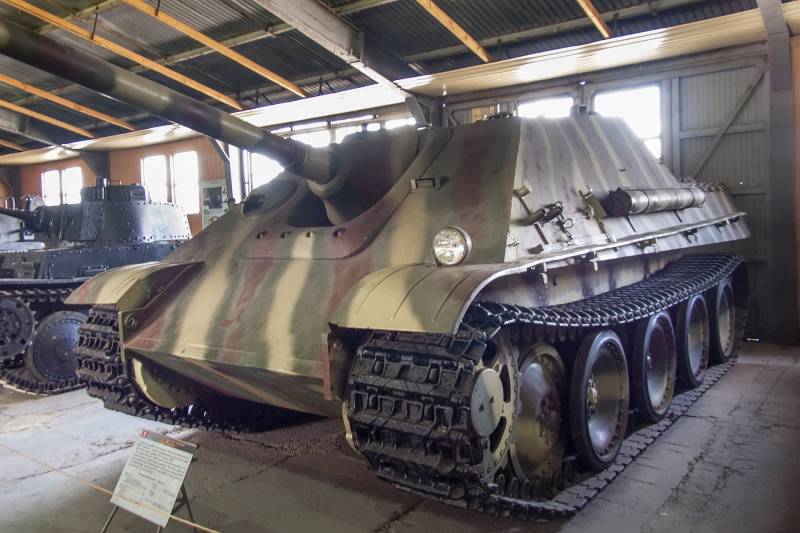 The German self-propelled gun "Jagdpanther" is one of the self-propelled guns with high anti-tank capabilities. Source: en.wikipedia.org
Their main advantage was heavy armor, which made it possible to perform combat missions in direct fire contact with the enemy. However, shortly after the end of the war, their relevance gradually faded away, due to the emergence of a new generation of tanks with powerful armor and weapons capable of performing the same functions. Therefore, the role of self-propelled guns on the battlefield has shifted to a slightly different plane - defeating the enemy from distant positions.

The Soviet SU-122-54 is a representative of the kind of "endangered" post-war self-propelled guns with a cabin layout. Source: en.wikipedia.org
As you can see, the armor for artillery "self-propelled guns" gradually faded into the background, but the issue of protecting cuttings is still interesting. Here it is worth referring to the combat mass of the vehicle. It's no secret that when creating a tank, self-propelled gun or other equipment, special attention is paid to its mass, as one of the main factors limiting mobility, transportability, resource and chassis capabilities, and so on.

A considerable part of the total "tonnage" of the vehicle is taken directly by the armor, and the thicker or larger it is, the more it weighs - an obvious fact. So, self-propelled guns with a fixed cabin, when compared with a turret layout, are always heavier, even with the same armament and armor protection. 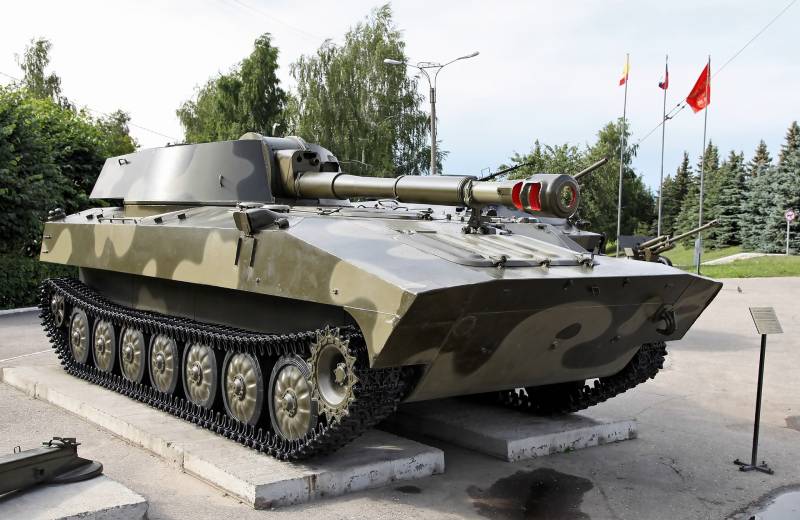 Gvozdika is a Soviet light amphibious self-propelled gun. Source: en.wikipedia.org
This seemingly paradox is directly related to the horizontal guidance of the gun. It is simply impossible to make accurate aiming by turning the body of the vehicle, therefore, in self-propelled guns with cabins, the gun is not fixed and moves horizontally in limited angles using special mechanisms.

When the gun is turned to the right, its breech, located inside the wheelhouse, goes to the left and vice versa. As a result, the so-called "swept" space is formed, which is necessary for the free movement of the breech to the sides. It, firstly, forces to make the felling wider than the tower. Secondly, part of the equipment of the fighting compartment has to be moved closer to the stern. Due to such a "fat" of the useful reservation volume, the area of ​​​​the reservation increases accordingly, which affects the mass of the vehicle.

As an example, we can cite one of the last cutting serial self-propelled guns of the USSR - SU-122-54 - and compare it with the T-62A tank. Both products are made on the basis of the T-55 and have a comparable mass: 36 and 36,8 tons, respectively.

The guns of the tank and self-propelled guns, despite the different caliber (100 mm for the tank and 122 mm for the self-propelled guns), weigh the same in the swinging part - 2 kg. The amount of armor space they occupy is also almost the same and amounts to 600 cubic meters for the 1,09 mm and 122 cubic meters for the 1,05 mm. At the same time, the muzzle energy of a tank gun is higher.

The frontal armor of the SU-122-54 does not exceed 100 mm in thickness, while the thickness of the tank in the most exposed part - the turret - reaches 214 mm. Therefore, in order to bring the protection of the self-propelled guns to the level of a tank, its mass must be increased by an average of three tons. The conclusion is obvious.

Despite everything, the felling layout has a significant advantage - the cost of manufacture. In the production of self-propelled guns according to this scheme, complex machines for linear devices, boring towers, hulls, and so on are not required. In addition, cutting even in the light version will be preferable when creating some 170-203 mm self-propelled guns, if for some reason the monitor systems are out of date. Although this, of course, is already more in the field of theory than practice.

But in a more "running" caliber of 152-155 mm and below, of course, there are more minuses than pluses. A self-propelled gun with a wheelhouse always weighs more than its counterpart with a turret. A large part of its useful armor volume is not used due to the mobile gun, and automating its loading and ejection of spent cartridges is often much more difficult. In addition, the cutting ACS has low maneuverability due to the large overall length. And finally - the lack of the possibility of firing around. All these shortcomings predetermined the choice in favor of the turret layout, which has become the world standard in the production of self-propelled guns.