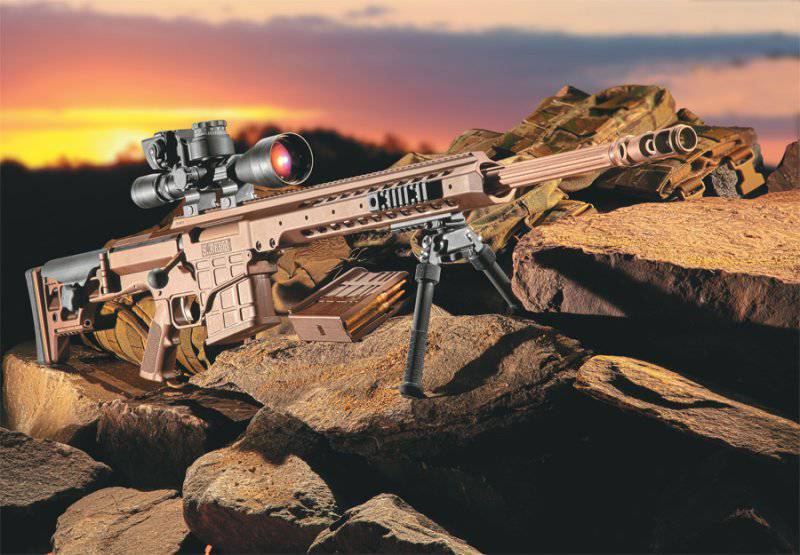 Among other articles about sniper rifles, Ronnie Barrett has already been described options weapons chambered for .338 LM, one of them self-loading, not widely recognized and discontinued, as well as a better option, based on a longitudinally sliding gate. In spite of the fact that the company gained its main popularity due to its large-caliber sniper rifles, it was decided to further develop models of weapons for cartridges with a smaller caliber caliber. So, from the middle of the year 2011, the new Barrett MRAD sniper rifle went on sale. Since enough time has already passed to draw conclusions about this weapon, you can write a full review of this rifle, and this review will be the final in a series of articles about Barrett Firearms sniper rifles, since so far nothing new has been released or even announced.

What is the last of the brainchild of Ronnie Barrett and his designers? There are no fundamental and revolutionary innovations in the design of weapons, this is the most common "bolted" rifle, which can be found in the weapons market innumerable. But, as you know, in such simple designs of rifles, everything depends on the quality and reasonableness of the design of the weapon, in which Barrett companies are far from being able to compete. But about everything in order, let's not hurry.

The main feature of the MRAD sniper rifle is its “modularity”, in quotation marks, because understanding the word modularity seems to differ from Barrett from understanding the rest of the world. The manufacturer considers his weapon model only because it means only the ability to adapt weapons for different calibers, but, apparently, the “modularity” sounds from the Americans just as “innovations” recently sounded in Russia, because, obeying fashion, not multi-caliber namely modularity. However, it is possible to partially talk about modularity, since, for example, the rifle handle is guaranteed by the МХNUMX / М4 handle. But let's not find fault with the words, but rather consider how the change of the barrel and the bolt of the weapon is implemented, and also how useful this is in general. The main ammunition for this rifle is the cartridge .16 Lapua Magnum, in fact, the default weapon and comes with a barrel and bolt for this ammunition, but if you want you can buy separately barrels and bolts for .338 Win Mag. Or .308 Win, also 300х7,62 NATO. Naturally, such a scant list of ammunition, all the more less effective in comparison with the cartridge standard for this rifle, raises many questions and it is completely incomprehensible why weapons were created for them. Of course, it can be said that from the point of view of saving, it is much more profitable to use 51 instead of .7,62, after all, the difference in the price of ammunition is significant. But provided that the rifle is built around a longitudinally sliding “bolt”, it is worth thinking about what tasks can be set for this weapon. And these tasks will be such that their execution requires maximum accuracy and minimum rate of fire, so that it is quite possible to save money for several shots in order to use .338 Lapua Magnum ammunition. Although taking into account what problems sometimes arise with the supply of ammunition, fuel, and other things in the US Army, and during military operations, such a rifle would be a good option, it is still better to have a weapon that can be adapted to different ammunition than to have the most beautiful rifle, for which there are no cartridges. But back the cost of barrels and bolts, and they constitute the main cost of weapons, makes you think. In general, this issue is quite difficult to understand, since on the one hand there is a financial issue, on the other hand the question of the practical use of the capabilities of such weapons, however, this is the eternal conflict of any weapon intended for the army.

If it is possible to argue long and hard about the previous question, then the next moment will be evaluated quite clearly. Let's try to figure out how a multi-caliber weapon is implemented, namely how exactly interchangeable barrels are attached. Holds the rifle barrel only two screws, which, when tightened, tighten the receiver of the weapon. Both screws do not go through any tides on the outside of the rifle barrel. However, below the chamber there are two transverse chutes, the purpose of which is simply to mount the barrel in the correct position, but not to fix it. Such a rather flimsy method of fastening the barrel of a weapon can be realized due to the fact that the bolt locking does not take place behind the receiver box, but behind the barrel itself, so the receiver box is “unloaded” during a shot and is experiencing significantly smaller loads. One can argue for a long time that such a method of fastening the barrel of a rifle affects the accuracy of the weapon, that much will depend on the clamping force of the fixing screws and other things. Indeed, when considering this not the most common method of fixing the main element of a weapon, there is a feeling that somewhere they are deceiving us, but I would like to remind you that even the most delusional idea, the most unreliable automation system, etc. can become not far from the ideal good specialists are perfect, but according to the previous models of Barrett’s weapons, it can be concluded that the experts work there, at least, not bad ones.

If we consider the weapon in the context of the company's previous developments, it is easy to conclude that the MRAD sniper rifle is a kind of further development of the older M98B rifle. Immediately a similar muzzle retardation brake compensator catches the eye, and the receiver is very, very similar, except that the longer one with the 4 is already full-fledged Picatinny-type mounting strips. A water butt weapons recycled, and both added negative qualities and positive. Among the negative ones, the length adjustment of the butt is now only 5 fixed positions. But he got the opportunity to fold to the right side, and the design of the butt is such that in the folded position, it fixes the shutter of the rifle, just resting on his handle. Now where is really simple and tasteful. The possibility of adjusting the emphasis under the cheek in the butt is preserved. The safety of handling weapons is carried out not only with the stock, locking the bolt in the folded position, but also with the help of a fuse, the switch of which is located above the pistol grip and can be rearranged from one side of the rifle to the other, adapting the rifle under the shooter. True, the bolt handle still remains on the right side, so to say that the Barrett MRAD rifle is equally good for left-handers and right-handers is impossible. 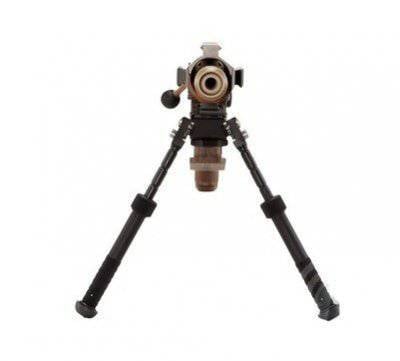 A long bar for attaching additional Picatinny-type devices on the receiver of a weapon allows you to install a wide variety of optical sights and other types of pribluda, not limited to only Barrett products. You can also install a handle to carry weapons on the same mounting bar, although there is no great need for this, since the rifle itself is relatively light. The weight of the weapon is a little more than a kilogram 6,7, with the length of the millimeter 1190 rifle itself with the butt unfolded. Talking about the length of the barrel seems to be as meaningless, since the weapon can be equipped with different in caliber, and hence in length, trunks. The standard barrel for cartridges .338 Lapua Magnum has a length of ~ 62 centimeters. On the side surfaces of the receiver, there are also two mounting straps, although their presence can hardly be called justified, although it is quite possible to hang them on the same ballistic calculator.

Summing up everything that is written above about the sniper rifle MRAD, it should be noted that such a multi-caliber weapon would be more in demand in the form of a self-loading rifle. Considering that the manufacturer himself calls his offspring multi-purpose, this would significantly increase the chances of such a sample to get in and remain in the army for a long time. On the other hand, if automatics were used in the construction of weapons, the accuracy of the rifle would have decreased, and the price would have increased by a factor of one and a half. Thus, many questions regarding these weapons have two opposite answers, which is probably why this sample is not the arbitrariness of an “explosion” on the weapon market, like its one-caliber fellow, M98В. In general, we are waiting for the continuation and would like to hope that Barrett has not yet buried the idea of ​​creating a self-loading rifle chambered for .338 after the failure of М98. 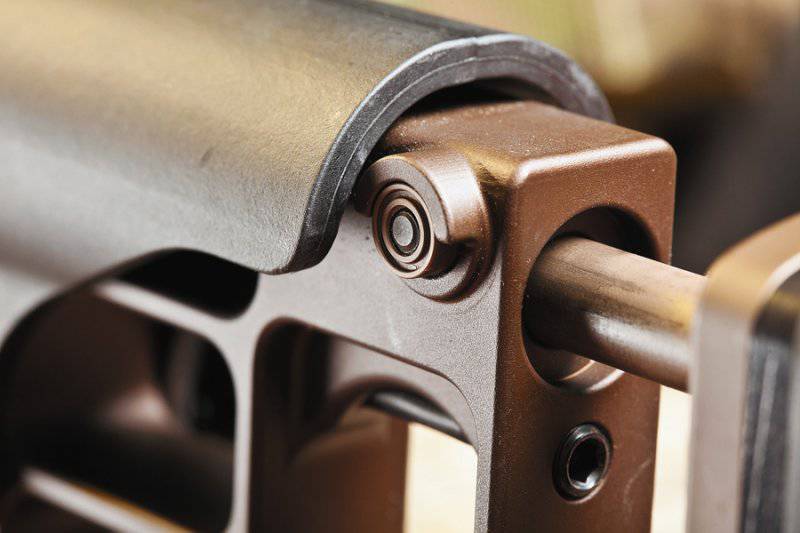 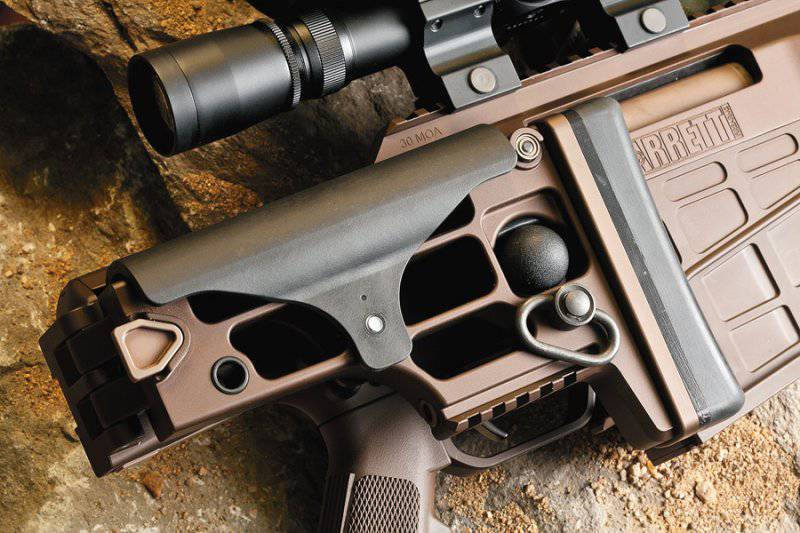 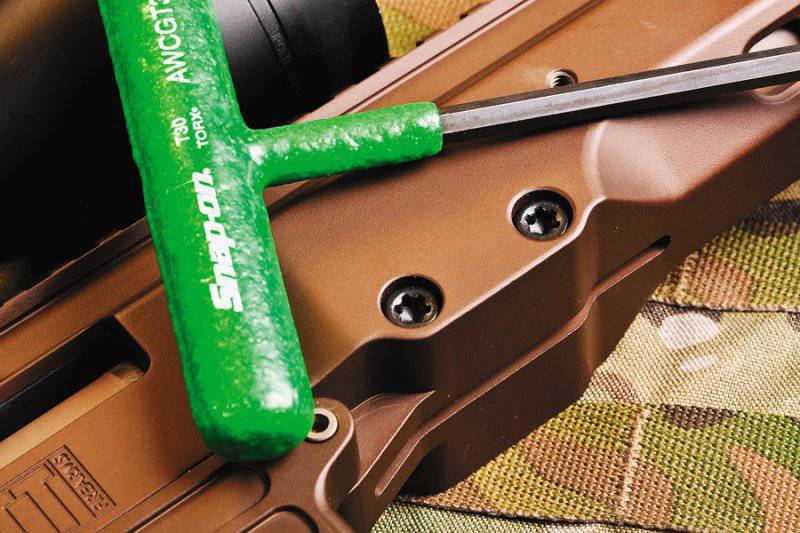 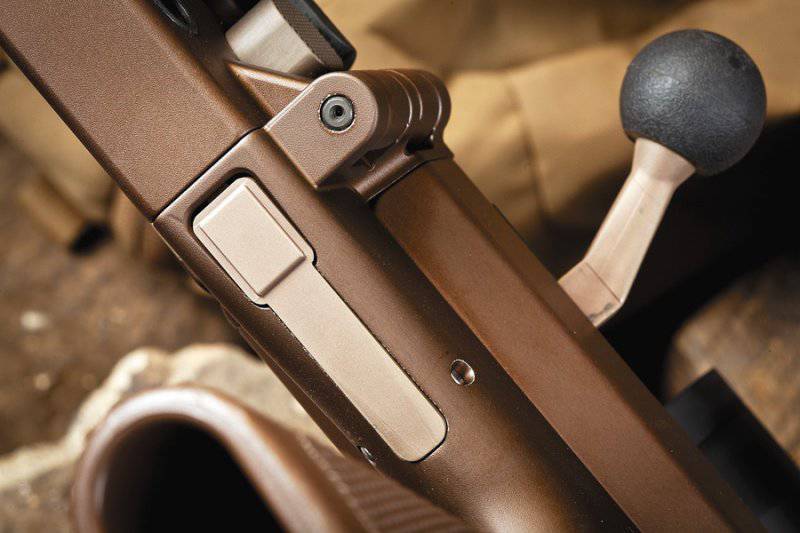 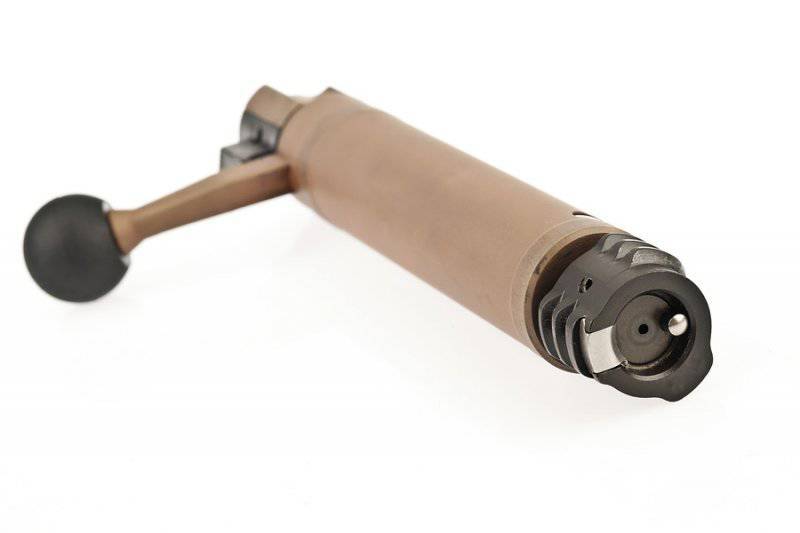 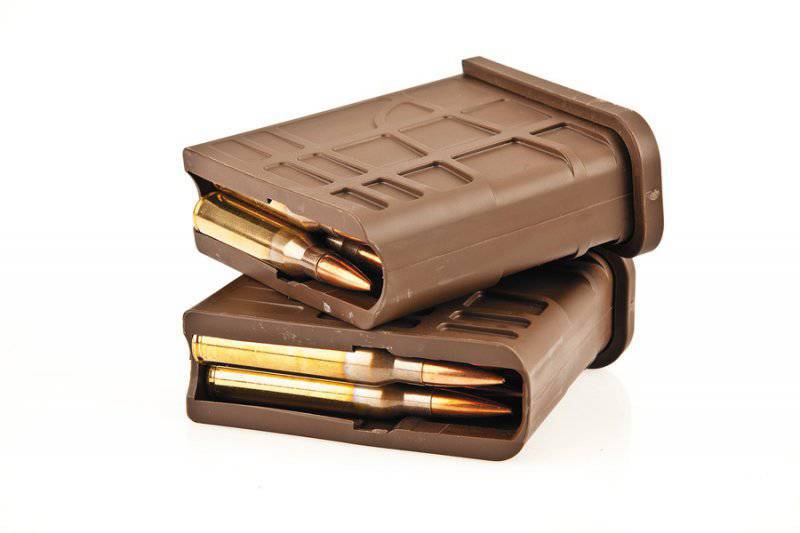