Tests of Angara missiles: real successes and plans for the future 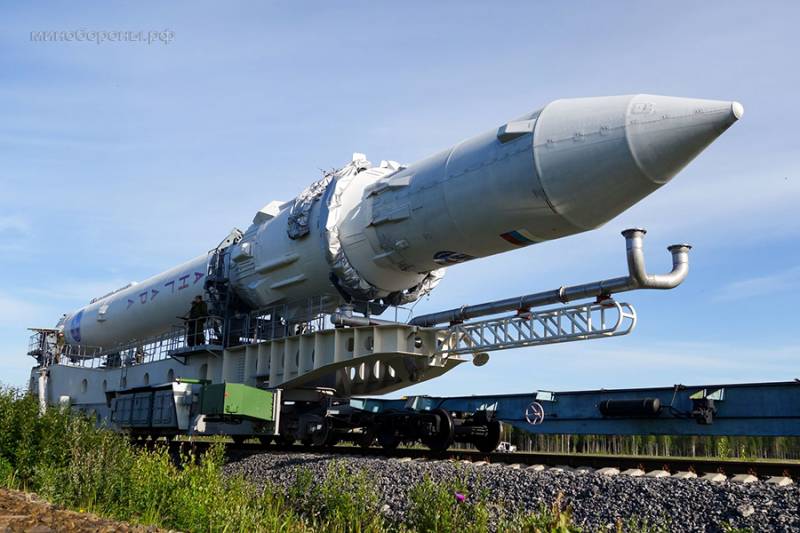 Since 2014, flight and design tests of the promising Angara space rocket system have been carried out. Launch vehicles of two types belonging to different classes have already completed several test flights and confirmed the calculated characteristics. This allows you to prepare the complex for full-fledged work on the output of a real payload, as well as make plans for the future.

The Angara spacecraft project provides for the creation of several unified launch vehicles with different characteristics. To date, two of them have been brought to the stage of flight design tests and are gradually approaching the start of full-fledged operation. These are the Angara-1.2 light rocket and the Angara-A5 heavy rocket. In addition, two heavy carriers are being developed. The medium Angara-A3 was previously abandoned in favor of a new project of the Soyuz family.

The first tests of individual units and components took place in the middle of the 2009s. At the turn of the decade, preparations for production and construction of the launch complex began. In 2013-1, prototypes of the Angara universal rocket module were used several times as part of the South Korean KSLV-2014 rocket. As a result of all these works in XNUMX, Roscosmos was able to conduct the first test launches. 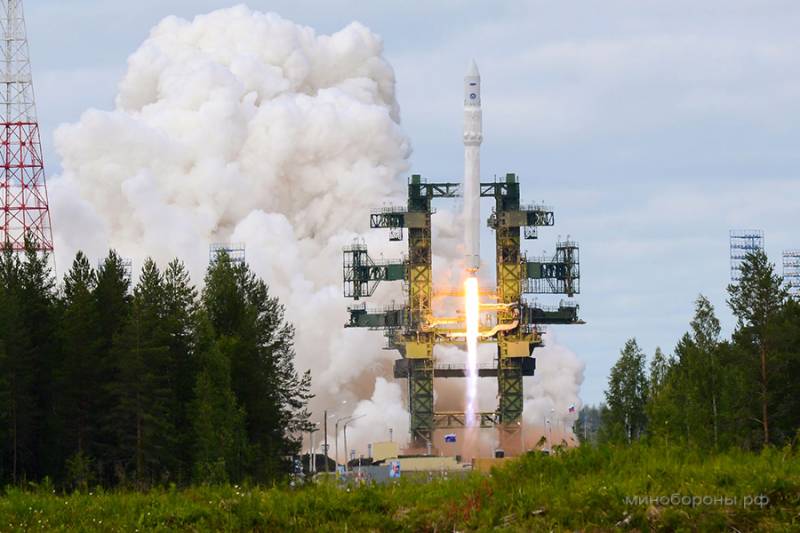 First start, July 9, 2014
In 2015, shortly after the first tests, it was decided to transfer the production of missiles from the Moscow Center. Khrunichev to the Omsk plant "Polyot". For all its complexity, such a transfer made it possible to obtain production, logistical and other benefits. According to the previously announced plans, all measures to prepare the production facilities of Polet will be completed in the near future, and already in 2023 the plant will master a full-fledged series.

Especially for the Angara rockets, a new launch complex was built at the Plesetsk cosmodrome. It was handed over in 2014 - a few months before the first flight of Angara-1.2. Later, they announced the need to build another launch complex with infrastructure for hydrogen rockets. This project has not yet been implemented.

Right now, at the Vostochny cosmodrome, the Roscosmos contractor is building the second complex for Angara products. It will be completed in the near future, and in August 2023 it will host the first rocket launch. Full operation of the facility will begin only in 2025-27. 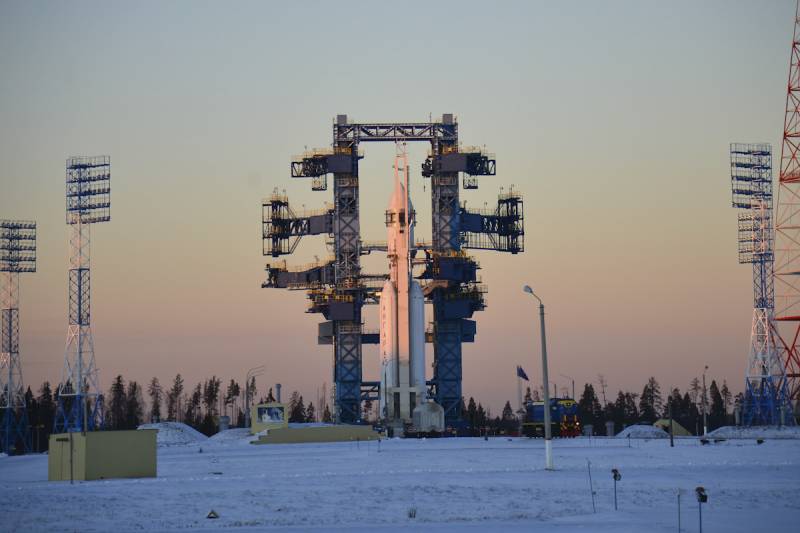 Heavy Angara-A5 at launch, December 2020
In the past, there was a project to build another launch pad for the Angara spacecraft, at the Baikonur cosmodrome. Due to various difficulties and disagreements, the implementation of this idea was postponed several times, and the fate of the project was decided only in 2017. According to the new plans, the launch complex will be built in the distant future, but not for the Angara, but for the promising Soyuz-5 rocket ".

All preparations for the first flight of the new rocket were completed by the summer of 2014. An experimental product "Angara-1.2PP" ("first launch") was delivered to the Plesetsk cosmodrome. At the end of June, the rocket was placed on the launch pad and a "dry run" of the launch was carried out. The first launch was supposed to take place the next day, June 27, but was stopped due to malfunctions and postponed to the future.

The launch took place on 9 July. The Angara-1.2PP light rocket successfully lifted off the launch pad and passed along the calculated ballistic trajectory. The second stage, together with an inseparable mock payload weighing 1,43 tons, fell in a given area of ​​the Kura test site in Kamchatka. During such a flight, the prototype fully confirmed the calculated characteristics. 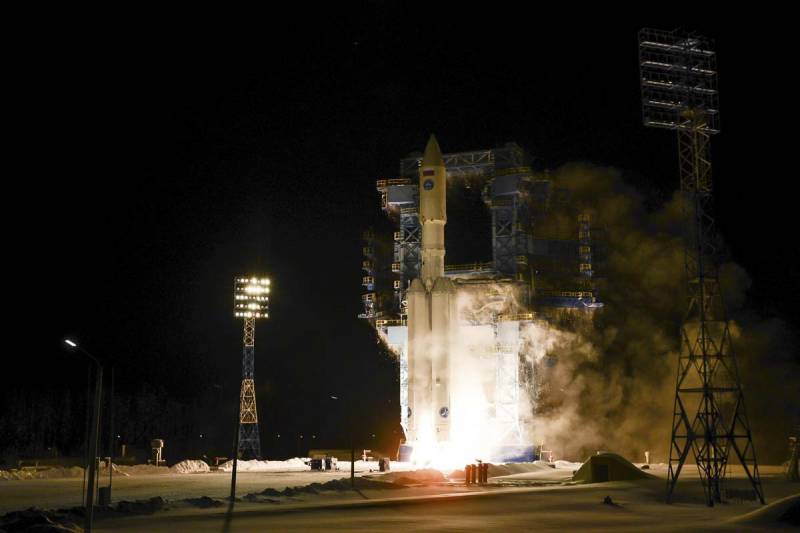 Launch of the heavy Angara-A5 on December 27, 2021
On December 23, 2014, the first test launch of the Angara-A5 heavy rocket took place. On board the carrier was the Breeze-M upper stage with a two-ton payload mock-up. The rocket successfully delivered both products to low orbit, after which the Republic of Belarus launched its cargo into geostationary orbit. The launch was considered successful.

The next launch took place only a few years later - on December 14, 2020. For the first time, the heavy Angara-A5 of Omsk production was used in this event. As before, the tests were carried out with the Breeze-M product and a spacecraft model. The process of delivering such a load to a given orbit went without difficulty.

On December 27, 2021, the next launch of Angara-A5 took place, this time partially successful. All rocket systems worked out normally and brought the load into the reference orbit. However, the promising RB "Perseus" did not complete the task due to malfunctions. 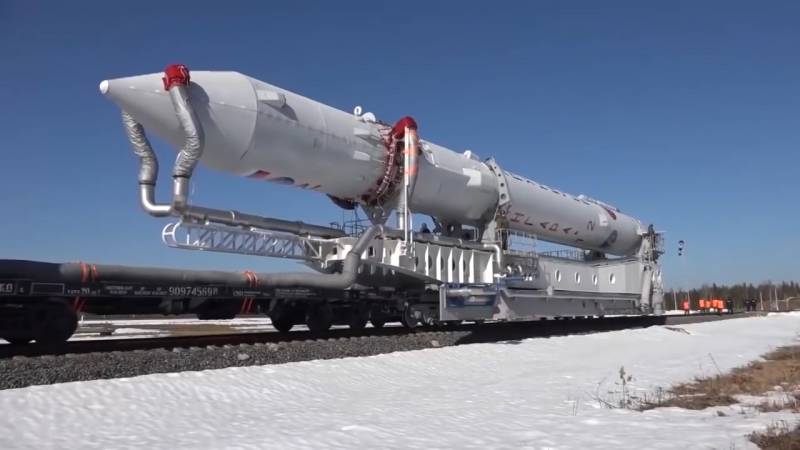 "Angara-1.2" with a real payload - the satellite "Cosmos-2555", April 2022
On April 29, 2022, the second launch of the light Angara-1.2 took place. At the same time, the rocket carried a payload for the first time. She successfully coped with the flight task and launched the Kosmos-2555 satellite of the Ministry of Defense into orbit. During this launch, a promising rocket confirmed the calculated characteristics, and also showed a fundamental readiness to solve real problems and full operation.

The future of the Angara project is already known. At the beginning of last year, Roscosmos announced that both versions of the Angara rocket showed the required reliability during the first launches, and this makes it possible to shorten the test program. Instead of the originally planned 10 launches, only 6 will be carried out. At the end of the year, it became known that the sixth test launch had been cancelled.

Thus, the test program for two variants of the Angara is almost completed, and the missiles are entering the stage of full operation. The light Angara-1.2 has already launched its first real payload into orbit, and a new launch of this kind, and a commercial one, is expected. In the second quarter of this year, the rocket will take off with the South Korean satellite Kompsat-6. This launch could have taken place earlier, but it was postponed several times due to the unavailability of the spacecraft. 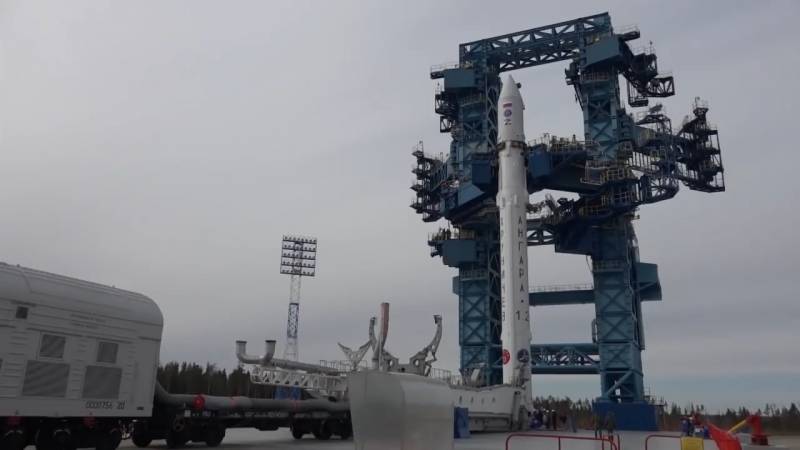 At the very end of 2021, it became known that in 2022 the Ministry of Defense plans to conduct two launches of the Angara-A5. There will be real military satellites on board the missiles - it is no longer planned to display mass-size mock-ups. In February, the leadership of the Center. Khrunicheva said that the heavy carrier has already attracted the attention of new customers, and contracts may appear as a result of this.

With an eye to a more distant future, the development of several modifications of the heavy launch vehicle continues. First of all, these are the Angara-A5P and Angara-A5M with improved performance and / or the ability to carry a manned spacecraft. The first launches of these products are scheduled for the next 2023, although some delay is possible. Tests are planned to be carried out at the Vostochny cosmodrome.

The next stage in the development of the existing design is the Angara-A5V project. This heavy rocket will receive a stage with hydrogen-fueled engines, giving a new performance boost. Due to the greater complexity, the development of such a project will take longer, and the first flight will take place no earlier than 2027. In the future, the A5B modification can become the basis for new projects, but it is too early to talk about them. 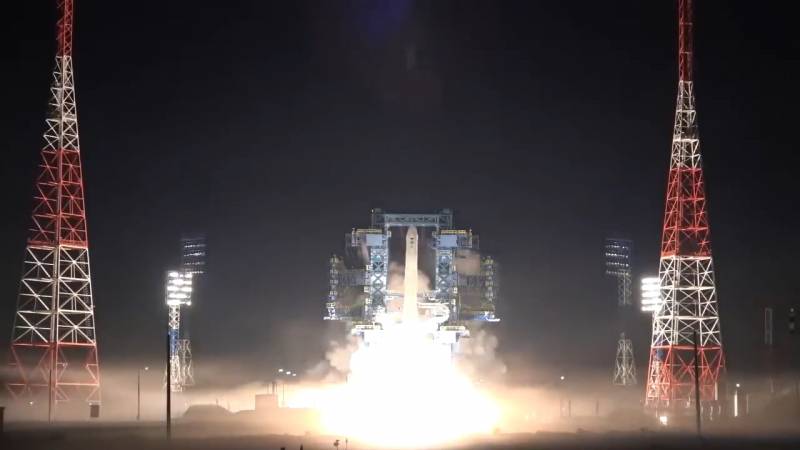 Due to various reasons, objective factors and sudden problems, the development of the promising Angara complex was seriously delayed. Almost two decades passed from the start of the project to the first launch of a real rocket. However, since 2014 the situation has been gradually changing. Promising rockets are regularly launched into space and give cause for optimism.

Until recently, it was only about test launches with mock payloads. Now launches with real spacecraft are starting. The first launches have been carried out in the interests of the Russian Ministry of Defense and new ones are being prepared, ordered by foreign organizations. All this shows that the Angara project is successfully coping with the tasks set and moving forward.

However, in the near future, before the start of full operation, Roscosmos and its enterprises will have to resolve a number of important issues. In addition, new problems and difficulties have recently been added. Whether it will be possible to cope with them - time will tell. At the same time, it is clear that the results of further work on the Angara will largely depend on the successes of recent years.