29 September 2012
49
Recently, the situation around Roskosmos resembles a cheap tragicomedy, in which the main roles are performed by the head of Roscosmos Vladimir Popovkin and Deputy Prime Minister of the Russian Federation Dmitry Rogozin, who oversees the issues of defense and space. These two characters occasionally make diametrically opposed statements, of which it is absolutely impossible to understand whether our “patient” is alive or rather dead. While Vladimir Popovkin repeatedly talks about the systemic crisis that hit the Russian space industry, Dmitry Rogozin (still hopefully not in the image of Ostap Bender) tells reporters about Russia's plans to build a research lunar base and setting super-goals and super-targets for the industry and the country. .

During the meeting with students of technical universities held last Thursday, 27 in September, the head of Roscosmos Vladimir Popovkin stated that the Russian space industry is threatened with a systemic crisis. In the event that no emergency measures are taken that will be aimed at breaking the current situation in the industry, through 3-4 of the year Russia can completely lose its competitiveness at the global level, Popovkin said. Speaking about the future of the Russian lunar program, Popovkin noted that sending a person to the Moon with the current level of technology development is meaningless. Nowadays, it is much easier and cheaper to conduct research on a natural satellite of the Earth with the help of automated guided vehicles.

Quite a lot has been said and written about the crisis in the domestic space industry in recent months, and this problem is being discussed at the highest level. This is primarily due to a number of loud failures with space launches. The last of these occurred in August 2012, when the Proton-M launch vehicle was unable to launch Telkom-2 and Express-MD3 space communications satellites into 2 orbit. In December, the 2011 of the year ended in another launch - the launch of the dual-purpose Meridian satellite into orbit. Well, in November, 2011 of the year was unable to carry out its most expensive space project in Russia in recent years - the interplanetary space station Phobos-Grunt. 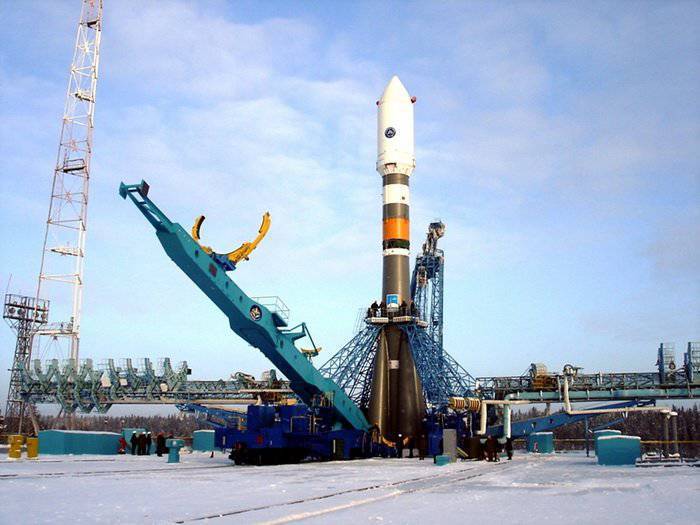 Dmitry Medvedev has repeatedly stated his dissatisfaction with the state of affairs that is taking shape in the space industry. In addition, the head of the Russian government made a proposal to introduce the property liability of space equipment manufacturers for the delivery of low-quality products. The Deputy Prime Minister Dmitry Rogozin called for reorganization of near-Earth space research. In his opinion, Roscosmos enterprises should not duplicate their functions. Rogozin proposed to set a number of specific goals for Roscosmos, concentrating all available resources on their implementation. In his opinion, the most ambitious task, which today is within the power of Russia, could be the construction of a lunar base.

However, judging by the latest statements of the head of Roskosmos, before any serious programs of the Russian astronautics today - as before the same Moon on foot. Instead of implementing such large-scale projects, she should take up her own restructuring and optimization. Vladimir Popovkin speaks of the need for a serious reduction in the personnel of departmental enterprises, as well as the transfer of a certain part of production chains to the balance of private capital. Popovkin proposes to give the "lower floors" of the production chains of space production, which are associated with the manufacture of components, private structures. “Unfortunately, today in our industry there is no such thing as a contractor. We only have performers. There is the necessary raw materials, and then they do everything themselves. But at the moment we have to optimize this structure. And we will do it. It is necessary to carry out selective privatization ", - quotes Vladimir Popovkin RIA News.

It is assumed that private companies should receive orders on a competitive basis for the manufacture of various elements and components of space equipment. Whereas today it is such a situation that Roskosmos at the cosmodrome is engaged in absolutely everything. This transport service, food, and airfields. At the same time, Popovkin believes that Roskosmos should do only two things - launching launch vehicles and preparing spacecraft. All other operations must be outsourced, entrusted to private business, as this is more efficient. At the same time, Roskosmos itself, as a federal body, according to Popovkin, will leave the service sector to create the final product. According to him, today nobody needs just a snapshot from space, it is necessary to understand what exactly is in this picture and how it can be used - this is creativity for small business. The state needs to focus on two things - to support and manage the orbital grouping. 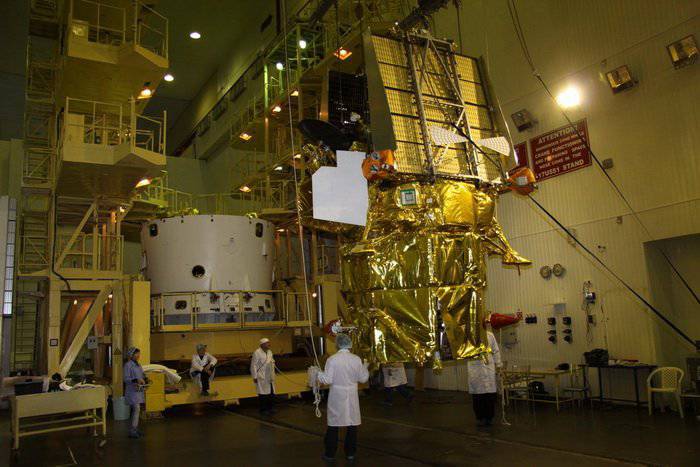 The head of Roscosmos proposes to implement in Russia a scheme that successfully functions in all leading space countries. In the United States, private research and production companies are involved in space development, while the state has only the function of setting goals and objectives, as well as the exploitation of a research and military space group.

But it is here that the good intentions of Vladimir Popovkin encounter purely Russian obstacles, which will be very difficult to overcome. The "space" government order will become a tidbit for thousands of different enterprises - potential suppliers of necessary services and components. Given the current practice in our country of selecting suppliers and conducting competitions, we can only guess what Roskosmos will be able to get at the exit. The risk of repeating the situation that is currently happening in aviation industries where a very large number of small and large private companies, including foreign manufacturers, take part in the creation of the aircraft.

At the same time, over the past several decades in the Russian industry a catastrophic drop in the production culture has occurred. The lack of new technologies and the loss of existing technologies led to the appearance of a huge gap between the space complexes of Russia and the developed space powers. In order to understand this, you can remember how hard and long it took to create the Russian modules of the ISS. 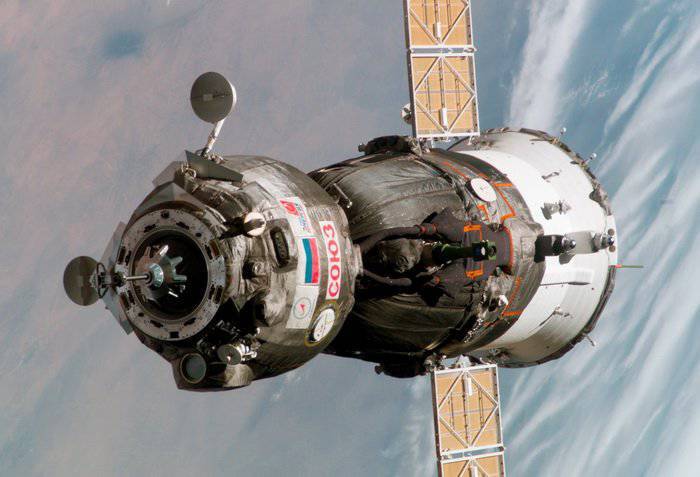 And although our country is still included in the cage of the leading space powers, the position of Russia today is extremely fragile. The modern world is quite satisfied with its role as the supplier of the old, inexpensive, but at the same time very reliable "Unions" for the delivery of crews to the International Space Station. But with the appearance of new ships in the United States or European countries (which is just around the corner), interest in Russian “old men” will diminish and our country's position in the area where it still remains competitive — in the space launch market — will be lost. At the same time, Russia is no longer able to catch up with its direct competitors in the field of space technology. This means that through those same 3-4 of the year, after the competitors have new generation ships, the status of Russia as a great space power will be in doubt.

Chronicle of failures of Roscosmos for the last 1,5 of the year

The fall of Glonass-M satellites into the ocean

5 December 2010 of the year due to an overabundance of fuel in the DM-3 upper stage could not be put into 3 orbit of the Glonas-M satellite, which fell into the Pacific Ocean. The damage from this accident amounted to 2,5 billion rubles.

Unable to put into orbit the spy satellite "Geo-IK-2"

1 February 2011 of the Russian military spy satellite Geo-IK-2, which was launched into space by the Rokot carrier rocket, was launched into an off-design orbit that does not allow the device to be used for its intended purpose. Satellite output to an unset orbit is associated with errors in the operation of the Briz-KM upper stage. The damage to the Ministry of Defense of Russia was not compensated, and the magnitude of the damage from this unsuccessful launch is unknown. The satellite was not insured, as it was a secret development. 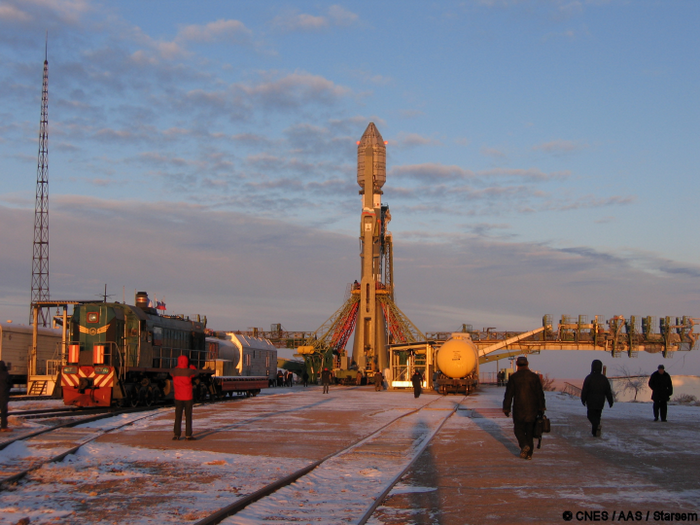 18 August 2011, the telecommunications satellite Express-AM4, which was sent into space by the Proton-M launch vehicle, also ended up in an off-design orbit. The reason for this was the fact that in the sequence diagram of the operation of the upper stage, the time interval of the gyro-stabilized platform backing was unjustifiably “narrowed”, which ultimately caused the orientation error during the maneuver. The satellite turned out to be operational, but it did not work to bring the device to the calculated orbit. The cost of the satellite was estimated at 7,5 billion rubles, the amount of insurance was paid by Ingosstrakh.

23 August 2012, the Progress M-12M cargo vehicle could not fly to the International Space Station (ISS). The “truck” was supposed to deliver food and equipment to the station. In total, the spacecraft should have thrown tons of payloads on the 2,6 of the 30. The spacecraft fell in Russia in Altai, the cause of its accident (the first years of operation in 3) was the abnormal operation of the 3,2 th stage of the Soyuz-U launch vehicle. Due to the clogging of the fuel supply path, the fuel consumption in the engine was stopped, which led to its emergency shutdown. The launch vehicle was not insured, the amount of damage amounted to XNUMX billion rubles.

The most loud and offensive failure of "Roskosmos". 9 November 2011 the launch of the Phobos-Grunt interplanetary station, which was supposed to deliver rock samples from Phobos to the Earth, ended with a failure. After the separation of the interplanetary station from the Zenit launch vehicle, the apparatus did not turn on the engines, which should have brought the station to a high reference orbit in order to start in the direction of Mars. All attempts to establish communication with the device failed. The damage from a failed launch was estimated at 5 billion rubles. 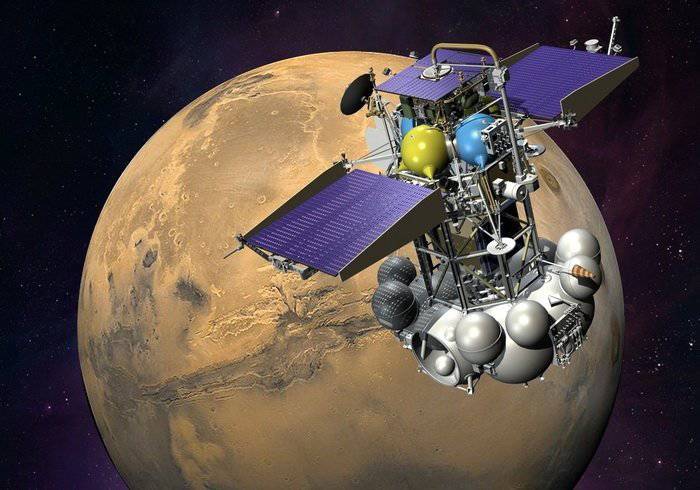 23 December 2011, the Russian communications satellite of the new generation “Meridian-5”, almost immediately after launch from the Plesetsk cosmodrome, fell to Earth. A telecommunications satellite that had a dual purpose (could be used for both military and civilian purposes) was put into high-elliptical orbit using the upgraded Soyuz-2.1b booster and the Fregat upper stage. The cause of the Soyuz-2.1b launch vehicle crashes was caused by problems in the engine of the Fregat upper stage. The damage from this accident was estimated at 2 billion rubles.

The latest accident of the Russian space program. 7 August 2012, the Proton-M launch vehicle failed to launch Telkom-3 and Express-MDXNNXX communication satellites into orbit. The reason was the delayed start of the engine of the upper stage “Breeze-M”. The damage from this accident is estimated at 2-5 billion rubles.