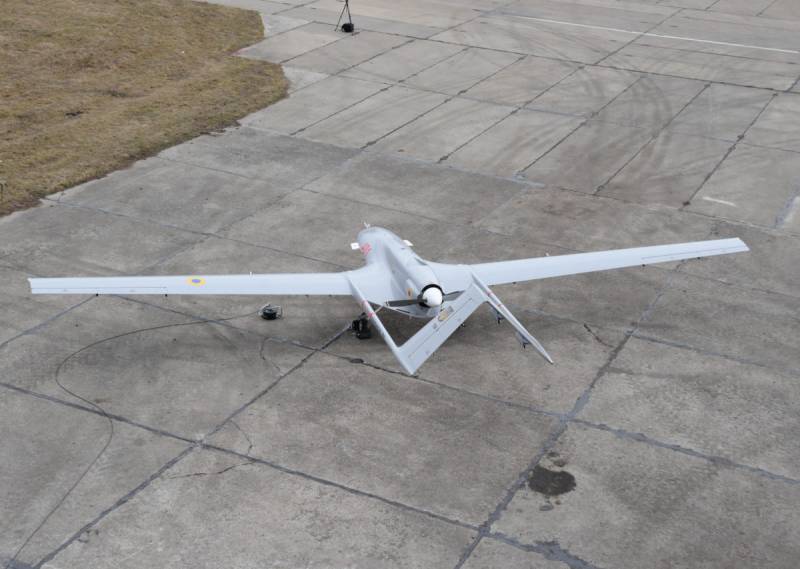 The Bayraktar TB2 UAV is the main pride of the Ukrainian army. Photo by Wikimedia Commons

Over the past few years, Ukraine has been regularly receiving various military products from friendly foreign states. To date, the Ukrainian army has bought and received a lot of foreign products as part of the aid, which made it possible to carry out the necessary re-equipment. At the same time, in some categories of products, deliveries have not yet begun and, probably, are not even planned.

In order to help

In 2014, against the background of the so-called. The anti-terrorist operation revealed the extremely poor condition of the Ukrainian army. One of the main problems of that time was related to the age and condition of the material part. However, this issue was quickly resolved with foreign assistance.

Over the following years, foreign countries, primarily the United States, regularly provided various assistance to Ukraine, incl. military-technical nature. First deliveries weapons, equipment and other products began already in 2014, against the backdrop of the first months of the war against the self-proclaimed republics. In the future, the pace and volume of deliveries varied in a wide range. At the same time, Kiev regularly joyfully reported on certain planned purchases. 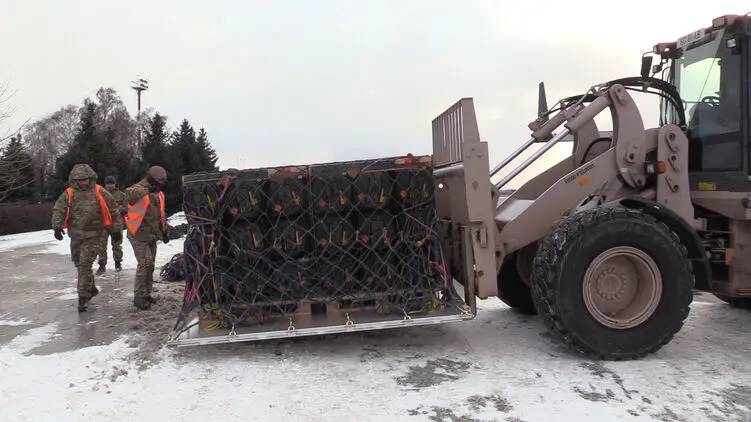 British NLAW grenade launchers from a recent delivery. Photo by the Ministry of Defense of Ukraine
In recent weeks and months, another aggravation has been observed, accompanied by new help from abroad. Foreign states represented by the United States and other NATO members are transferring various types of weapons to the Ukrainian army. We are also negotiating new deliveries. As before, foreign aid countries talk about the transfer of only defensive weapons and again mention the Russian threat.

According to known data, in 2014-21. The United States alone allocated about $2,7 billion for military assistance to Ukraine. Last year, $650 million was allocated for this purpose. Recently, the US President signed a decree on the next round of assistance - partners will receive "defensive" weapons and other systems worth $ 200 million. Part of this amount in the form of real products has already arrived in Ukraine.

Other countries also provide assistance, but its volumes are much smaller. In addition, some partners are ready to make money on Ukrainian needs. For example, last year the UK received an order to build missile boats for Ukraine. The purchase of equipment will be carried out on credit, which will also be issued by London. 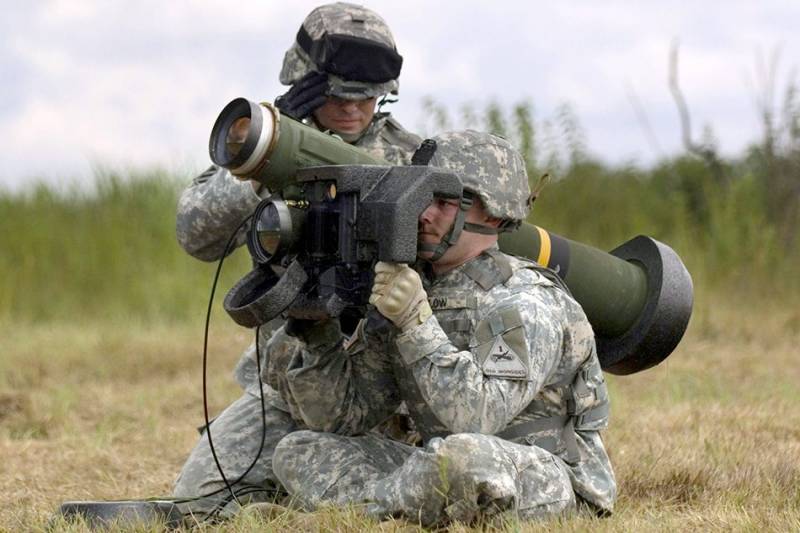 FGM-148 Javelin is an old dream of the Ukrainian military. Photos Lockheed Martin

Products for the army

For obvious reasons, the bulk of deliveries in the form of assistance are products for the ground forces and units. Ukraine received and bought various models of armored and automotive equipment, small arms and other weapons, radio equipment, etc. In recent weeks, the list of such products is gradually replenished.

As an example of land equipment that arrived in Ukraine, we can cite used American army vehicles HMMWV. Such equipment was supplied in basic and armored versions, as well as with special equipment for various purposes. At one time, the deal to buy the long-obsolete British Saxon armored vehicles attracted attention and caused a mixed reaction.

Rocket troops and artillery received some upgrades. They continued to use the existing weapons of various types, but they were supplemented with foreign means of communication and control. In addition, the United States has several times supplied artillery reconnaissance equipment, such as AN / TPQ-36 or AN / TPQ-53 counter-battery radars. 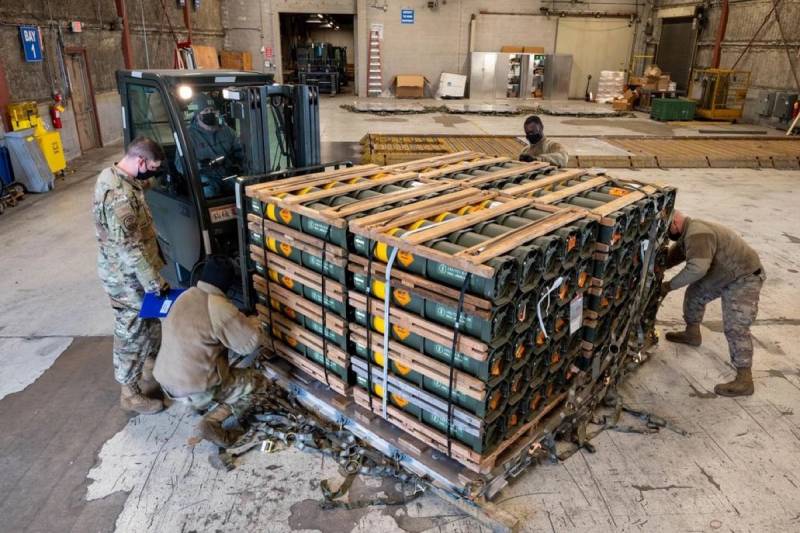 M-141 grenade launchers before being sent to Ukraine. Photo by the US Department of Defense
Ukraine has sufficient stocks of small arms, but systems of some classes had to be purchased from abroad. In particular, they proudly announced the receipt of large-caliber rifles of the Barrett brand and some other foreign designs.

Foreign partners helped Ukraine with various products for the infantry. Uniforms and protective equipment, communication systems, etc. were supplied. Such deliveries continue to this day. For example, the other day Germany expressed its readiness to transfer several thousand helmets to Ukrainian partners, but not weapons.

In the past, the Ukrainian leadership literally dreamed of receiving American FGM-148 Javelin anti-tank missile systems. These wishes came true in 2018 - later Ukraine received 150 launchers and several hundred missiles. Recently, a new batch of such weapons arrived from the United States, including at least a hundred launchers. Additional deliveries of Javelins from the Baltic countries are expected; permission from the US has already been received. 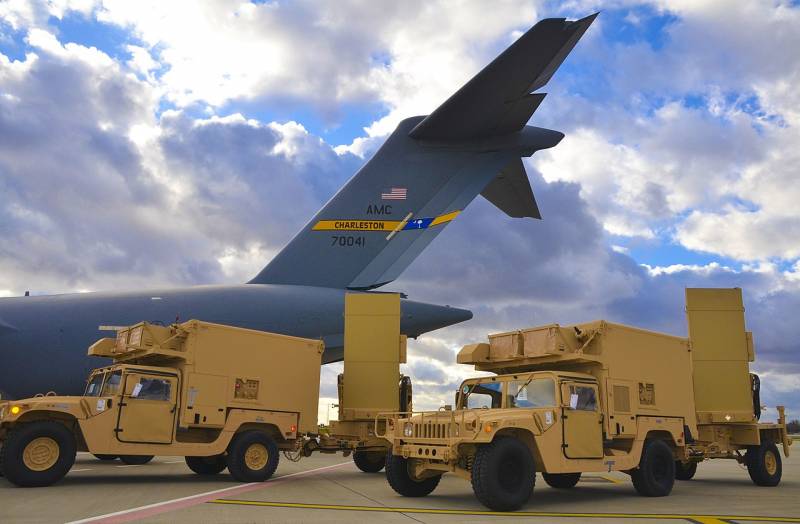 AN / TPQ-36 counter-battery radars transferred to the United States in 2015. Photo by the US Department of Defense
Also, in the near future, Ukraine will be able to receive FIM-92 Stinger portable anti-aircraft systems. Interestingly, the manufacturer of such weapons, the United States, is in no hurry to sell or transfer them. The Stingers will be supplied by the Baltic states, and Washington's role was limited only to approving such re-exports.

Simultaneously with the last batch of FGM-148s, Ukraine received several thousand British NLAW anti-tank grenade launchers and hundreds of M-141 BDM assault grenade launchers. It is noteworthy that the latter are also positioned as defensive weapons.

Novelties in the air

After the losses of 2014, attempts are being made to restore the Ukrainian Air Force. The possibility of purchasing or receiving foreign combat aircraft as part of assistance is regularly mentioned, but this has not yet happened. It probably won't happen in the foreseeable future either. So far, only promises from the United States to transfer several Mi-17V-5 multi-purpose helicopters have been received. The American side acquired them earlier for delivery to Afghanistan, but now they will change hands.

The situation is much better with an unmanned aviation. Already in the early stages of the "anti-terrorist operation" for the Air Force and other structures, they began to purchase UAVs of various types - mostly inexpensive commercial models. Over time, this technique became quite widespread and improved the reconnaissance capabilities of the army. 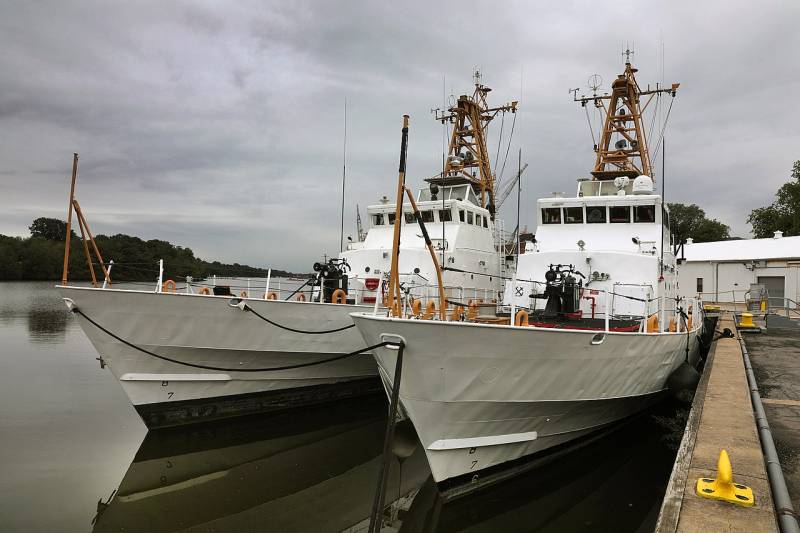 The first boats of the Island type for the Ukrainian Navy. Photo by the Ministry of Defense of Ukraine
As a victory, the purchase of Turkish-made Bayraktar TB2 reconnaissance and strike UAVs and weapons specifically for them is presented. The issue of joint production of such equipment is also being resolved. According to various sources and estimates, Ukraine operates several dozen Bayraktars; they have already been used in real operations.

Boats for the fleet

Attention was also drawn to the supply of equipment for the Navy. Thus, the United States has already transferred to Ukraine four of the five ordered Island-type patrol boats. The last one will be coming soon. For fleet and special operations forces also handed over a large number of motor boats.

In 2020, Kiev and Washington agreed to supply 16 Mark VI patrol boats from the presence of the American fleet. As reported, the United States will transfer six units in the form of assistance, and Ukraine will buy the rest. Deliveries have not yet begun, but the delivery of the first boats is scheduled for this year.

In the distant future, Ukraine wants to get eight British-built missile boats. According to the signed agreements, the cost of such a series will reach 1,25 billion pounds. The UK will provide Ukraine with a loan for this amount for a period of 10 years. 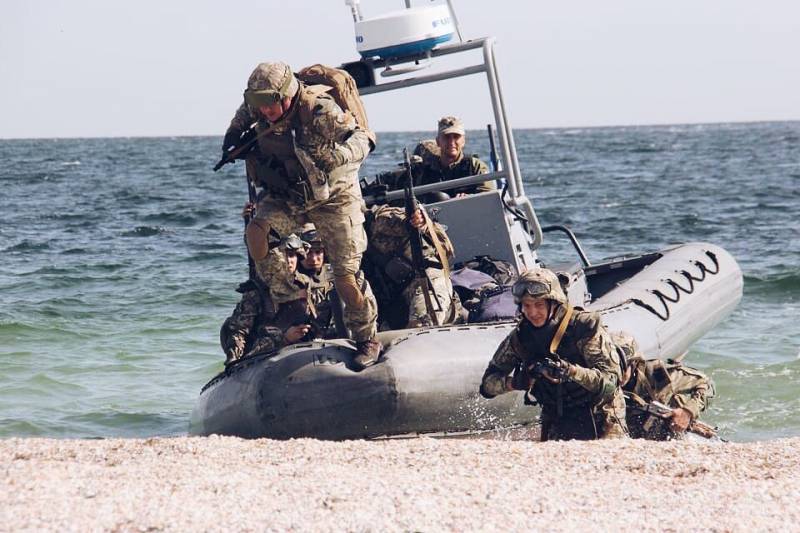 Motor boats are also a significant part of the supply. Photo by the Ministry of Defense of Ukraine

Deliveries of foreign weapons and equipment to Ukraine have been going on for several years, and similar plans are already being drawn up for the near future. Looking at these processes, one can find several characteristic features and trends. Mostly, they show exactly how the United States and allies are ready to help Ukrainian partners.

First of all, it should be noted that foreign allies did not send complex and expensive samples to Ukraine. As a result, Kiev has not received and will not receive Tanks, combat aircraft, large ships, etc. Also, foreign countries try not to share modern samples of new production, and a significant part of the deliveries is carried out, at best, from the presence of combat units. Finally, not all products are transferred for free. You have to pay for many products, and not every such deal turns out to be fully beneficial for Ukraine.

However, such relationships suit all parties. The United States and other NATO countries get the opportunity to indicate support, solve their political problems and earn money, and Ukraine restores its combat capability to some extent. And this means that such processes will continue in the future - unless events occur that radically affect the situation.