"I'll shoot you around the corner!" 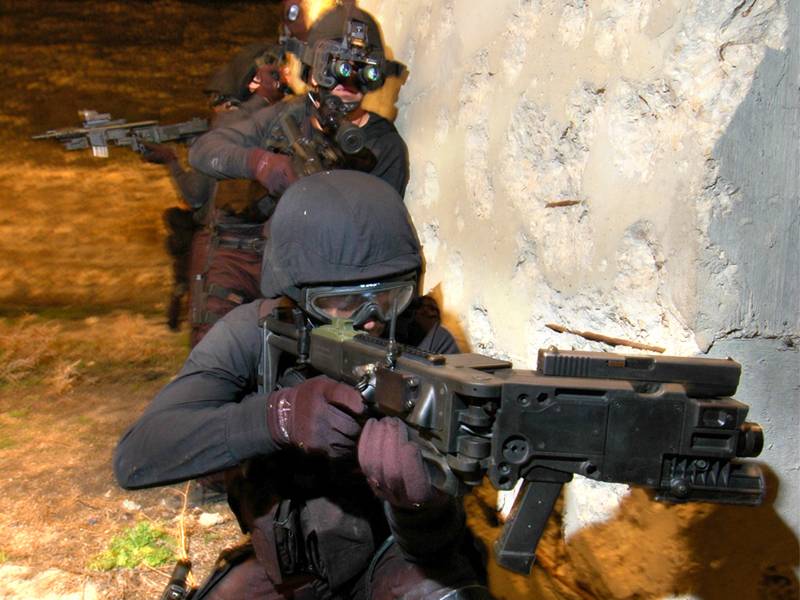 Photo 1. "Corner shot" in action. Now take a closer look: here is a video camera, here is a Glock with a 30-round magazine. Nice idea of ​​what to say, but nothing out of the ordinary. Photo National Interest

"... now in the street, now in the squares, and at every corner she builds coves."
Proverbs of Solomon 7:12
Weapon "IF" ("if"). What is good about VO? Among other things, the fact that you, as an author, readers constantly throw up ideas and, in addition, send interesting photos. For example, not so long ago, one of our regular readers from Israel sent me a photo of an interesting weapon called the “corner shot”. It is intended for shooting from around the corner during special operations and is used by the special forces of the Israeli army. However, looking closer, I saw that, despite the imposing appearance, this is in fact not a weapon, but only ... "a prefix to it." Stock, trigger and swivel mount for a Glock pistol. Well, it is clear that a video camera is installed on it so that you can aim "around the corner." But all innovations end there. I thought - is it really impossible to come up with something just as convenient for shooting from around the corner, but incomparably more powerful than “just a Glock”, and even with a store with a much larger capacity? I remembered that making a device to shoot from trenches without exposing yourself to enemy bullets was invented back in the years of the First World War. Something like a rifle butt with a mount for a rifle and, in addition, a periscope to aim. They leaned "this" on the parapet and ... shot. Moreover, the rifle could even be reloaded using a lever device.

During the Second World War, rifles and machine guns with barrel attachments appeared. These nozzles also made it possible to shoot at an angle, that is, while in cover. They tried to put them on towers tanks, so that they could shoot back from the infantry, but due to the rapid wear of these nozzles and poor accuracy, they were soon abandoned.

Today, the actions of the police and special forces in urban areas have led to a revival of interest in weapons "for shooting around the corner." It’s not for you to fight in an open field, here corners are found at every turn and this is both very good and very bad at the same time.

Not so long ago, there was a message in the press that to solve the problem of "angled shooting" a tiny, moreover, armored computer was invented that can be installed on any weapon. A video camera combined with night vision is connected to it, which allows the shooter to operate with such a sight both day and night, and even in underground tunnels. The camera lens is adjusted in such a way that he could observe the area from around the corner, and would not be afraid of being hit by enemy bullets. In a word, our soldiers will now be able to shoot at terrorists, and they will not see them at the same time! 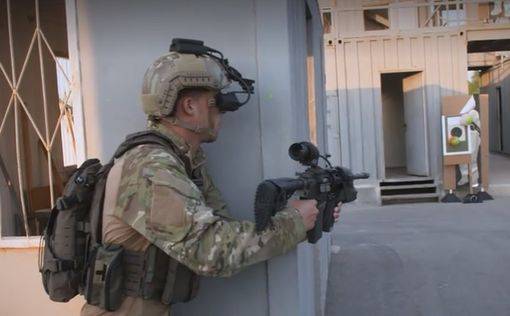 Photo 2. An Israeli system that allows soldiers to shoot around corners with a conventional army rifle. Photo MIGnews.com
In addition, thanks to wireless communication or Wi-Fi, this system can communicate ... with the unit commander, and he will be able to observe the actions of his soldiers from a distance and give them instructions. Another advantage of this system, by the way, developed specifically in Israel, is that it can detect flashes from enemy shots and record what is happening in its memory for later analysis! Well, the weight of this device is only 150 g. 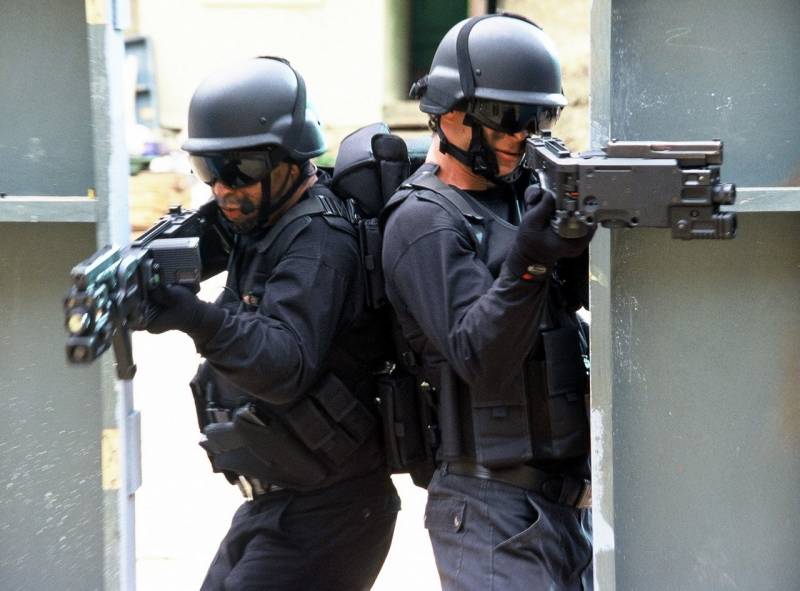 Photo 3. Here they are - special forces soldiers with a "corner shot" weapon! 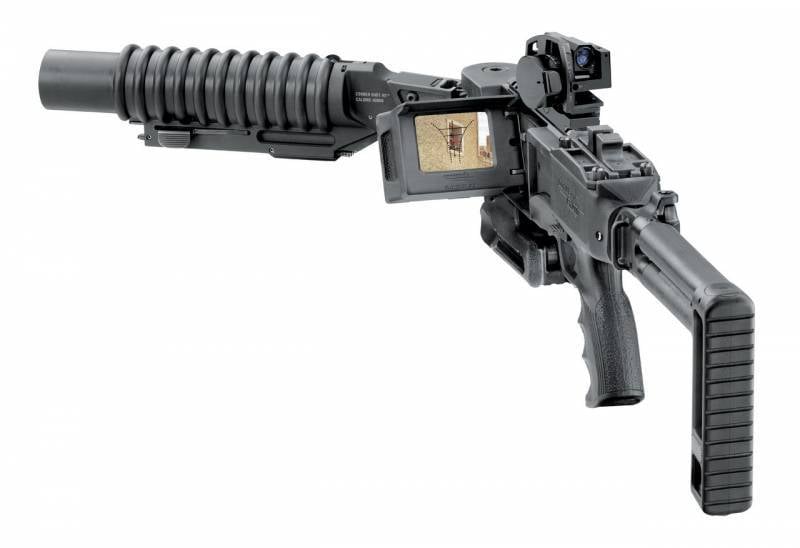 Photo 4. Even a 40-mm grenade launcher with a video camera and a monitor has been created, allowing you to both see and fire at targets around the corner
However, the firepower of all these "cornet shots" is not very great. Now, if at least one of the fighters in the photo had a submachine gun with a 50-round magazine ...

And... if "you want songs, I have them." In the photo below, you see just such a submachine gun chambered for the 6,8 mm caliber cartridges that are popular today. Rather, this is not the submachine gun itself, but only its mock-up, which, in principle, nothing prevents from creating even today and using it in the near future. 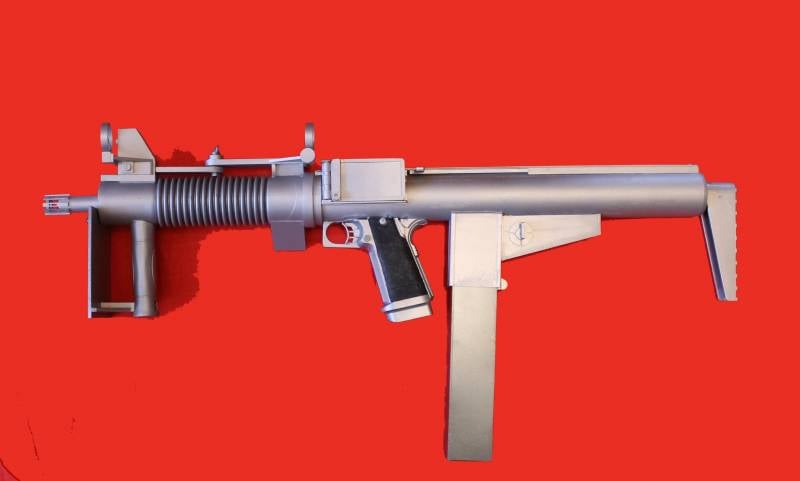 Photo 5. Model of a hypothetical submachine gun for firing from behind a corner. Left side view 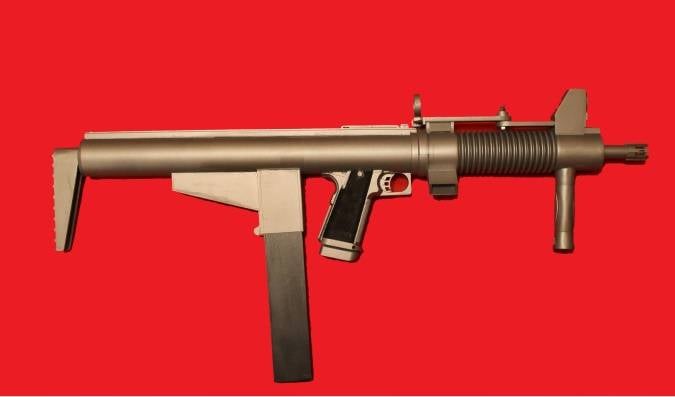 Photo 6. The same submachine gun. Right view. Pay attention to the sleeve, which is located in front of the magazine receiver and the pistol grip! 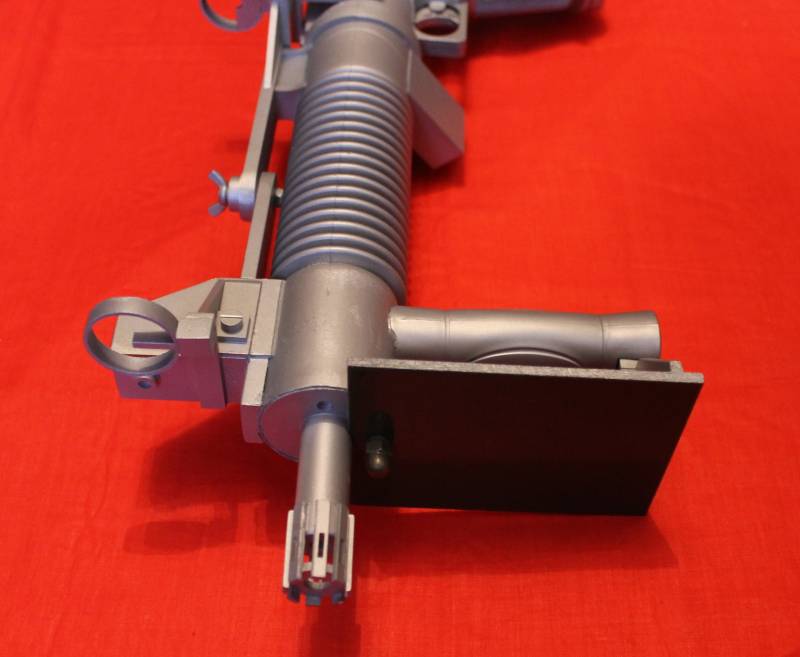 Photo 7. In order to more confidently hold, the fighter aims this submachine gun at the target by the front handle, so a shield of 3 mm armor plate is installed in front of it, which protects the hand from possible enemy fire
This submachine gun is generally very simple, although not quite usual. The body is a metal or plastic pipe, cut in proportions of 20 and 80. A barrel with a chamber is fixed in the front part, a bolt, a trigger and a large-capacity magazine are in the back. They are interconnected using the simplest connecting rod-crank mechanism, which allows you to bend the front part 90 degrees in both directions. A latch built into their connection can lock them in any chosen position. On the layout, the barrel is short, pistol, only 100 mm long, but on a real submachine gun you can use barrels with a length of both 305 and 406 mm, respectively, taking them from already produced carbines or submachine guns.

Both parts are connected by a corrugated plastic tube to protect against dust and dirt, inside which there are two flexible steel strips that are tightly attached to the chamber, but in the back of the “pockets”, from which each can be pulled out along its own radius, forming a rigid horizontal “ corridor". This is where the shutter moves. At the same time, it also consists of two parts: the front, capable of bending left and right, and the back - straight.

The "Wriggling Gate" looks like a well-known children's toy snake and consists of T-shaped profiles - disks with a vertical slot in the middle and two vertical racks on both sides of it. A flexible metal strip passes through the slot, so the front of the shutter can easily bend left and right. The shutter mirror consists of two disks, and the front one can rotate 45 degrees. It has a striker head, two “legs” for holding the cartridge by the groove on the bottom of the sleeve, and an L-shaped extractor lever with a long arm located on top. The shutter is connected to two springs at the rear of the case, which are put on long rods. There is also a buffer spring in the back. The shutter is cocked by a handle, which remains stationary during firing.

Shooting is carried out from an open bolt, which is pre-cocked and held by a stopper. When the trigger is pressed, the bolt breaks off the stopper and moves forward, picks up the cartridge from the magazine with two vertically standing “legs” and moves with it to the chamber along a curved “corridor” of two plates that “show him the way”. Here, the shutter mirror with its protrusion falls into the figured groove, rotates 45 degrees, and its “legs” become in a horizontal position. The cartridge enters the chamber, the firing pin strikes the primer, fires, and the bolt moves back together with the cartridge case. When passing over the sleeve outlet, the L-shaped lever touches the ledge in the rear of the case and hits the empty sleeve, which is ejected into the sleeve outlet. Then the shutter reaches the end, and at the same time rotates so that its “legs” stand upright. 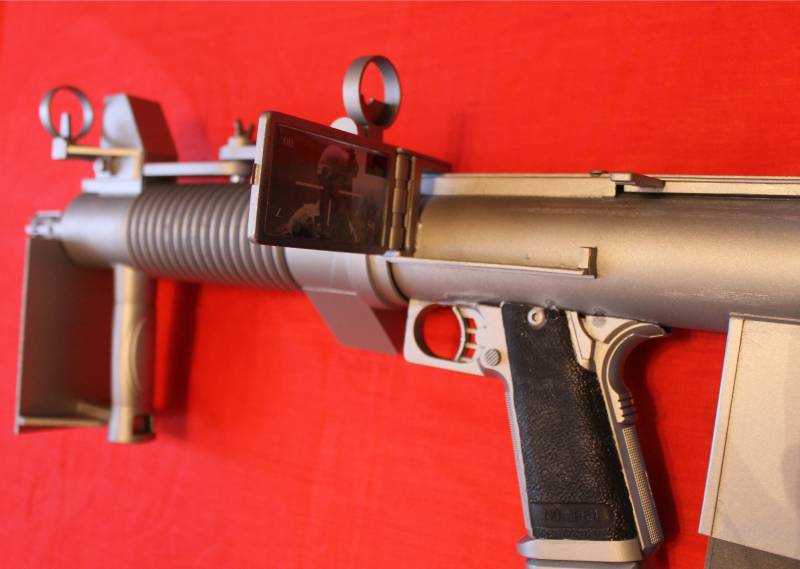 Photo 8. There is a video camera above the barrel, and on the right above the pistol grip there is a folding monitor screen on which the shooter sees everything that is around the corner. And not only sees. The reticle on the screen allows him to shoot. Well, in case of failure of the electronics, on the left in the ring earpieces there are ordinary mechanical sights 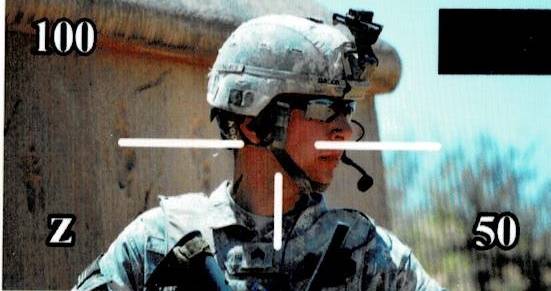 Photo 9. And this is how the “picture” looks on the monitor screen. It remains to pull the trigger and - bang, your opponent is deleted from the world of the living! 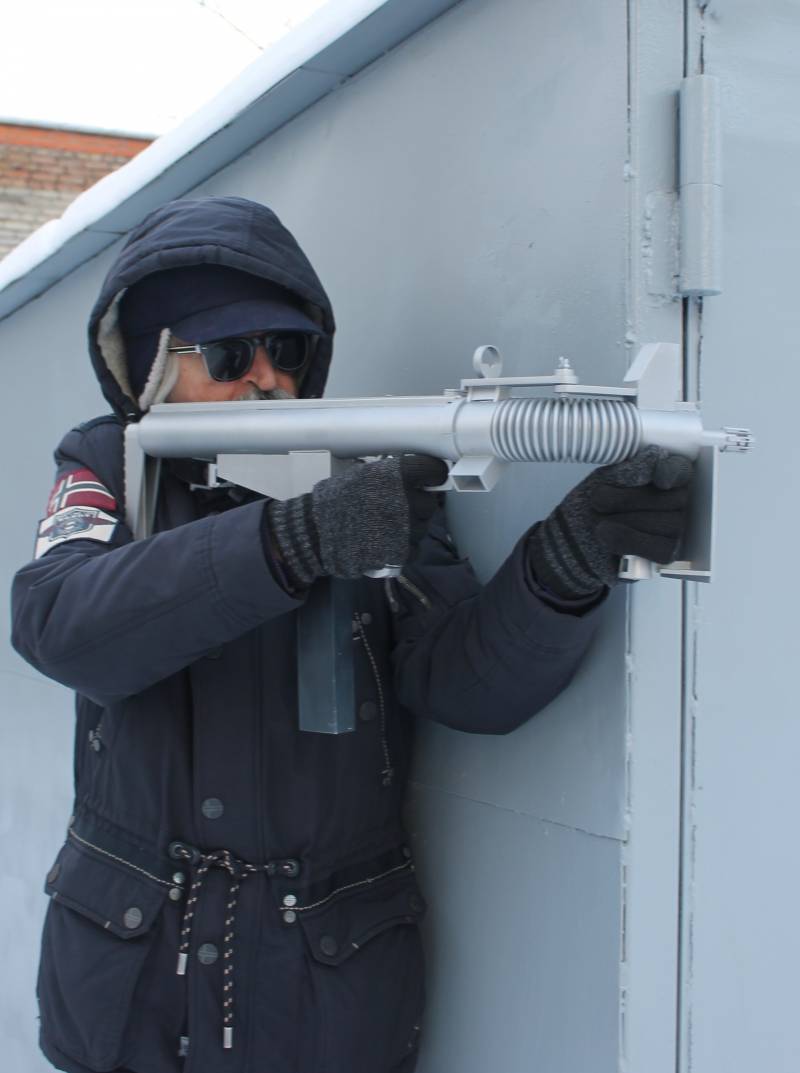 Photo 10. And this is how this weapon works! You stand around the corner, but you yourself see everything that happens behind it ... 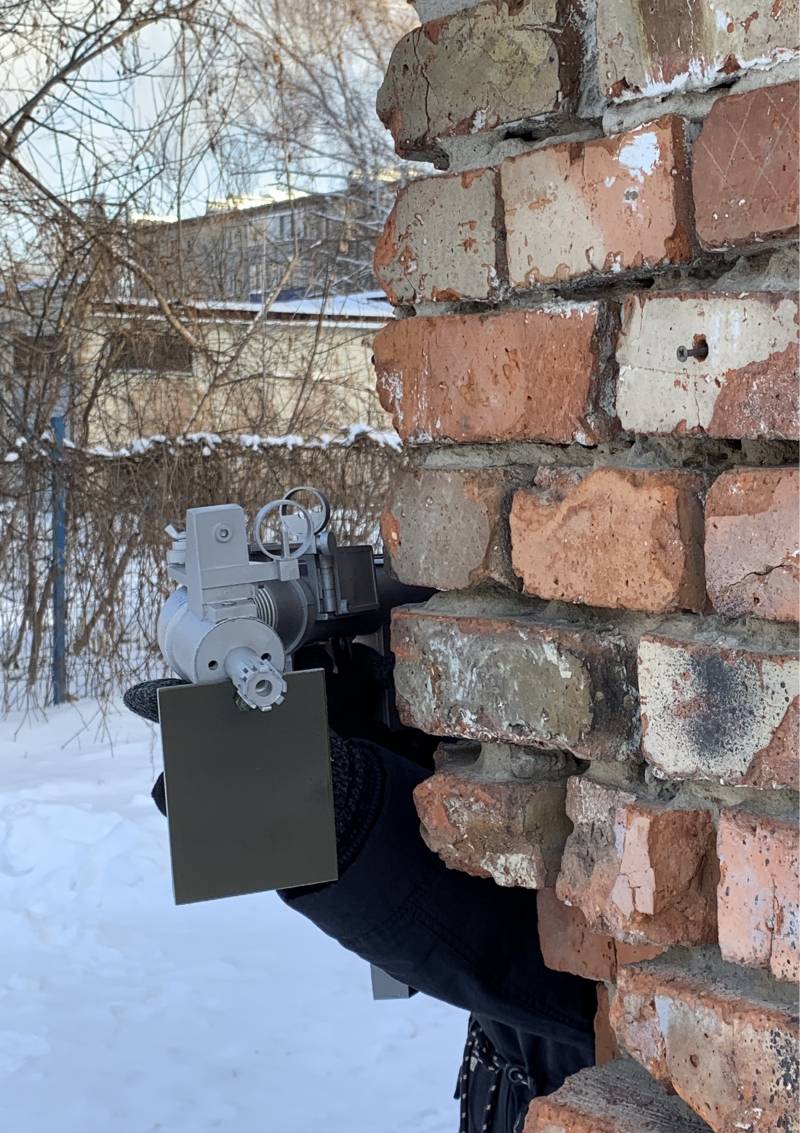 Photo 11. And the goal you imagine, of course, is very small and almost invisible! 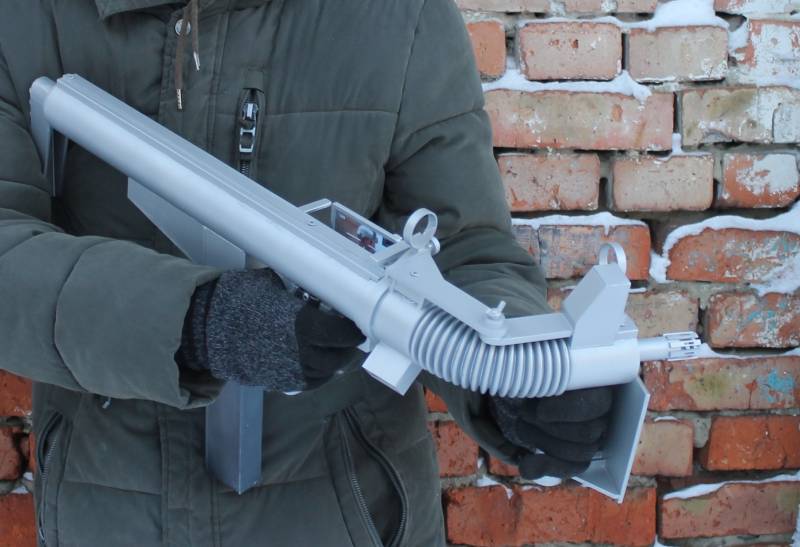 Photo 12. And having fixed the barrel with a latch, you can shoot not only around the corner, but also forward, as from the most ordinary submachine gun. And, on the contrary, having released it, you can shoot without changing the position of the submachine gun itself, but simply moving its barrel left and right. Like a hose for watering ... but not with water, but with lead! Convenient, isn't it?! 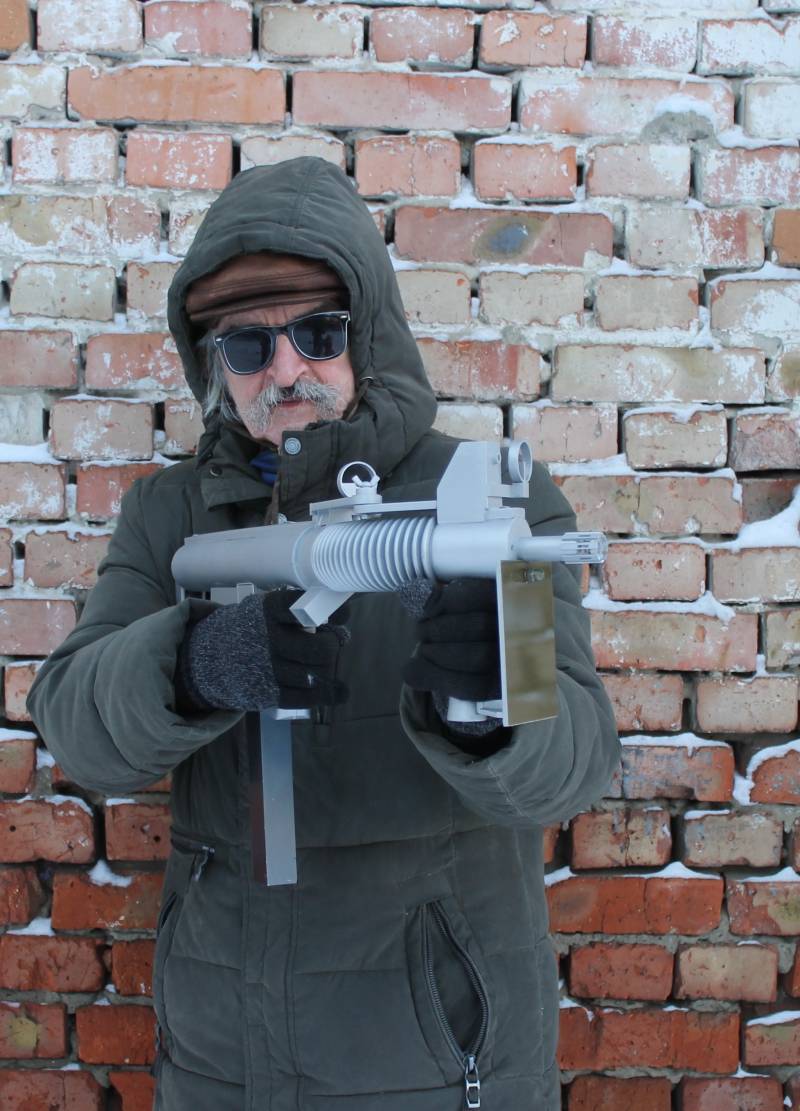 Photo 13. A man with such a weapon in his hands looks somewhat unusual, but few things were unusual for us before, and then it became so much a part of everyday practice that no one even notices yesterday's novelty 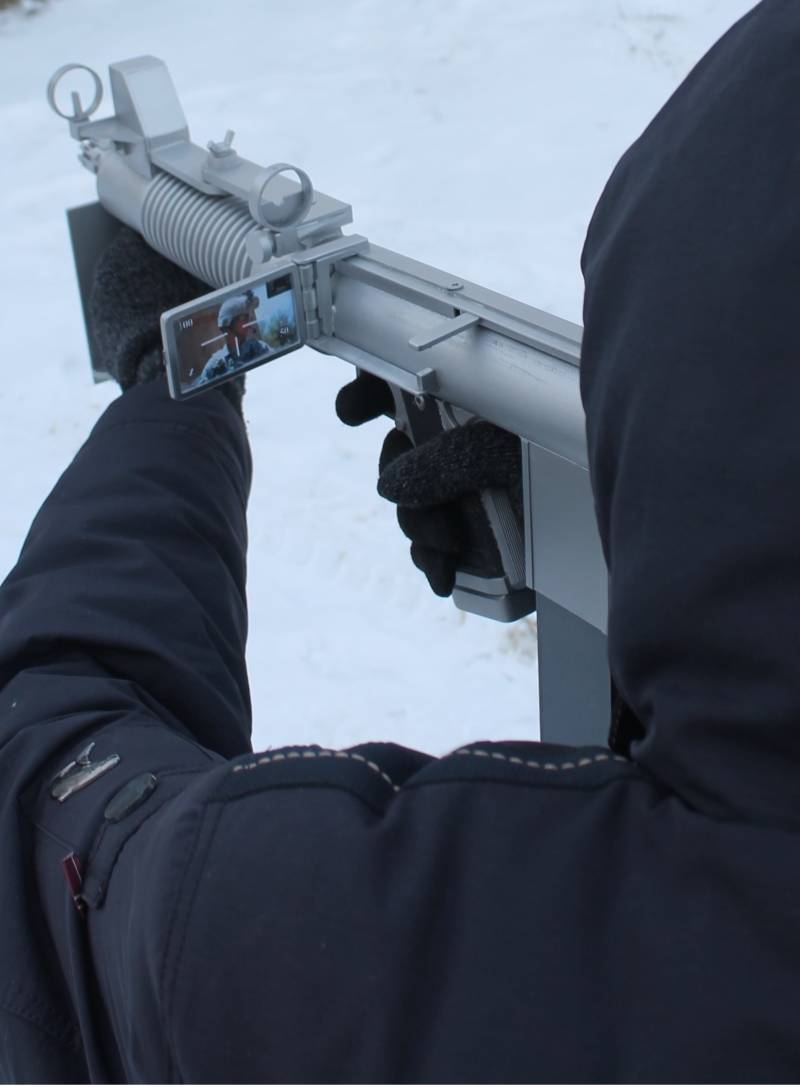 Photo 14. And, of course, to “build coves” around the corner for all kinds of illegal subjects with such weapons in their hands - if it is created, it’s just a pleasure!
In conclusion, I can say that this design does not claim absolutely anything. It's just an embodied thought. Well, that's how it came up ... There was an opportunity to do it ... And I did it! Although, of course, work on such weapons, so that they shoot for real, should be carried out by real specialists.

Will such a weapon ever be created, who knows?