20 September 2012
7
In the second half of the 20 century, in the midst of technological progress, many young professionals who graduated from universities, coming in the directions of design teams, remained “overboard” of large-scale projects being developed. The young engineer R. Martiroson, who came to work at the P. Sukhoi design bureau and was left without a real business, organized an initiative group of young engineers that started developing and designing an airplane that was completely new to the Soviet Union. Group members - 10 engineers and designers. The new work of young specialists was recognized as relevant. A public design bureau was created, in which work was conducted during non-working hours.

The aircraft was designed according to the scheme “from the tail” - the implementation of the ideas of GDP, without using additional engines in the aircraft structure, the installation of which led to an increase in the total mass of the aircraft. 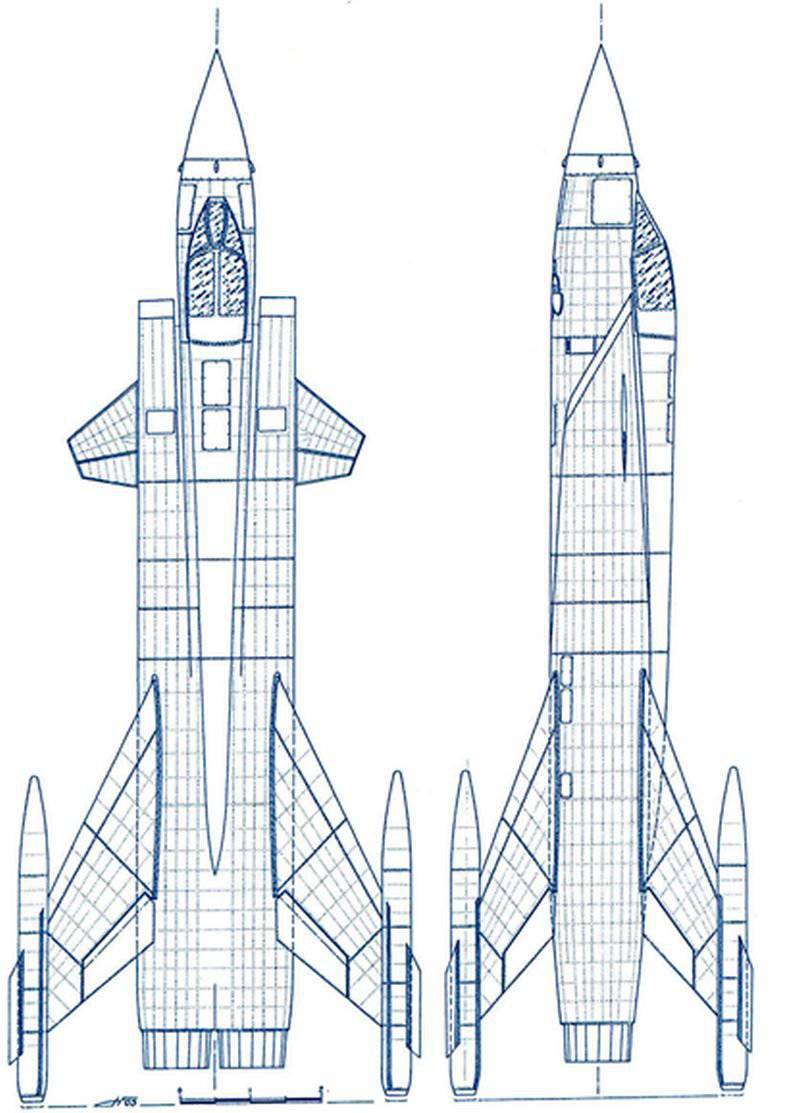 "Squall-1A" was a plane of GDP with an X-shaped wing system and a front horizontal full-turn tail. Fairings with internal fuel tanks and shock absorbers are installed at the ends of the wing for landing on the tail. For the implementation of an unusual method of GDP and stabilization of the aircraft, we developed a control system for jet rudders installed in the automatic control unit and associated with the navigation system. The pilot of the aircraft received a rotating seat, which, when taking off / landing, allowed the pilot to be in a comfortable position. For the first time, for control of the aircraft were offered control knobs placed along the sides of the cabin.

When developing the Squall-1А aircraft, which has a fundamentally new type of take-off / landing, young specialists have invented new technical solutions, of which more than two dozen were recognized as inventions. All of them were subsequently widely used to create new aircraft and missiles.

This promise of the design bureau, having carried out a large number of calculations, having built several large-scale models that successfully proved themselves on the TsAGI blow-outs, turned to P. Sukhoi himself to be able to demonstrate the project and further work on it in the framework of the design bureau. P. Sukhoi was a strict but fair head, and the project of young specialists, worked out from and to interested in the head of the design bureau. However, as an experienced leader, who knew about the situation in the country, and in particular in the aviation industry, he advised young professionals to continue to develop on a voluntary basis. On the possibility of full-fledged work in the design bureau for this project, P.Suhoy told the children about the impracticability of their desire because of the lack of funding for new developments.

However, the young team was helped - to assist in financing the project, the 1 Central Committee Secretary of the Komsomol and a specialist from the adjacent design bureau S. Ilyushin arrived in the design office. They got acquainted with the project and gave it a high rating.

They were allocated funding for the development of conceptual design with the construction of a full-scale model of the aircraft. After submitting it to the specialists of the sectoral departments, submit the results of the STC of the Ministry of Aviation Industry

It took young talents only six months to complete the tasks. The project has given them invaluable experience, making independent decisions and collectively solving the most difficult technical tasks. They themselves communicated with representatives or heads of departments, factories and institutes.

The finished layout was highly appreciated by test pilots. They especially liked the performance of the cockpit and the original control of the aircraft. Throughout the creation of the project, the children were assisted by specialists from CIAM, TsAGI, LII, adjacent design bureaus, academies and institutes. Therefore, it is not surprising that by the deadline, the project, which received good feedback from representatives of the sectoral departments, was submitted to the Ministry of Scientific and Technical Experts. 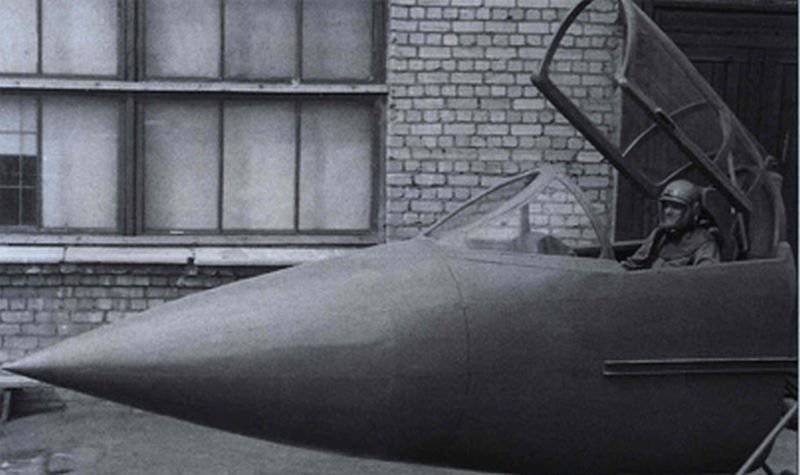 It is a pity that it all happened at that time. Then the political will of the Soviet leaders "strangled" the aircraft industry and new aircraft projects. The top leadership of the Soviet Union found the creation of a new aircraft of the original project inexpedient, but the project itself was rated rather well. All the team - the developer "Squall-XNUMHA" was awarded certificates from the IAO and the Central Committee of the Komsomol.

Heritage
Participation in this project was not in vain for its developers - they became the inventors of new solutions, received awards and later became prominent specialists in the aircraft industry and have “grown”:
- R. Martirosov - chief designer;
- L. Blinov - Deputy General Designer;
- V. Babak - Project Manager Su-25;
- I.Emelyanov - chief designer and leader of one of the projects;
- V.Sopin, I.Andrianov - leading specialists and project managers. 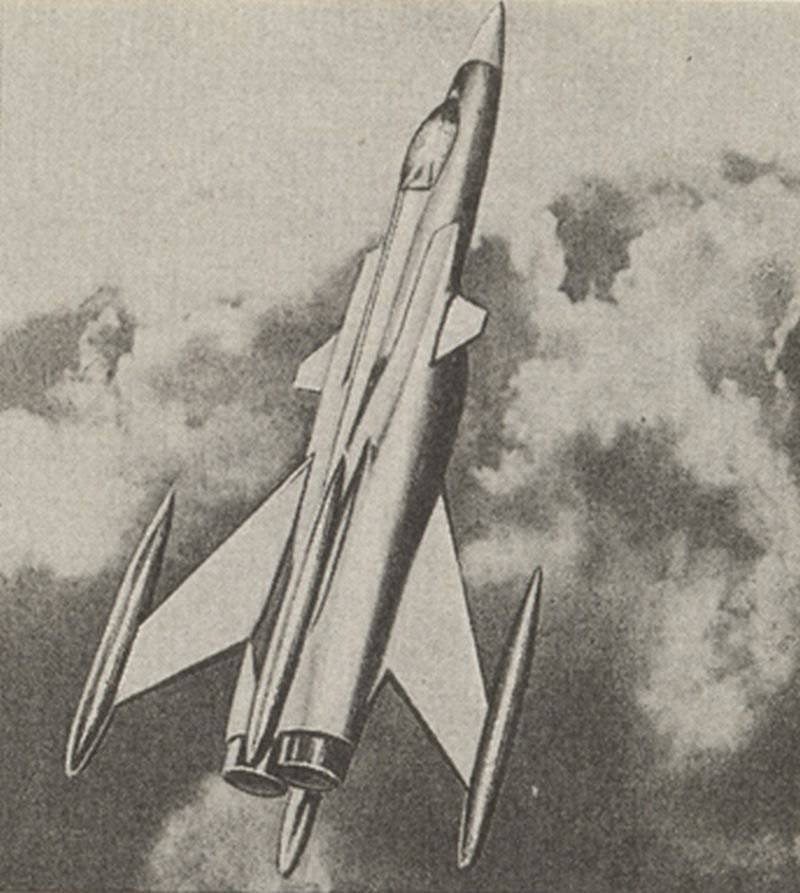