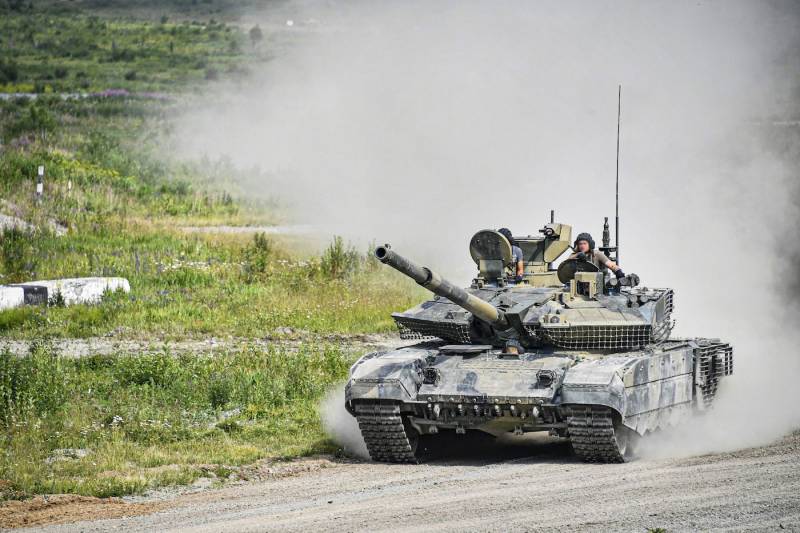 Tank T-90M "Breakthrough", photo: rostec.ru/
In 2021, the process of transferring weapons and military equipment to the Russian army continued.


According to Sergei Shoigu, the combat capabilities of the Armed Forces of the Russian Federation have grown by 12,8 percent over the year.

In total, the industry supplied more than 5 thousand different types of weapons to the army.

As a result of large-scale and purposeful work, the level of equipment of Russia's strategic nuclear forces with modern weapons reached 89,1 percent - the highest level in the entire history their existence.

According to Shoigu, the Russian army is currently the world leader in equipment with modern weapons.

This state of affairs requires the involvement of trained personnel. In 2021, 13 thousand officers were sent to the troops, the staffing of the armed forces was 96 percent. The Minister of Defense also noted that the number of contract soldiers in the Russian army was twice the number of conscripts, 67 percent of them have higher or secondary vocational education.

The process of modernizing and improving the Russian nuclear triad consists not only in the supply of new weapons, but also in the creation of a modern infrastructure.

At the collegium of the Russian Ministry of Defense, they noted that in 2021, 690 high-tech facilities for the strategic nuclear forces were built in the country.

According to the Russian Ministry of Defense, in 2021, another strategic nuclear submarine of the Borey-A project was accepted into the Russian Navy, the main armament of which is the Bulava intercontinental ballistic missiles.

In turn, the Strategic Missile Forces completed the process of re-equipping the first missile regiment with the new Avangard missile system, equipped with guided hypersonic warheads. 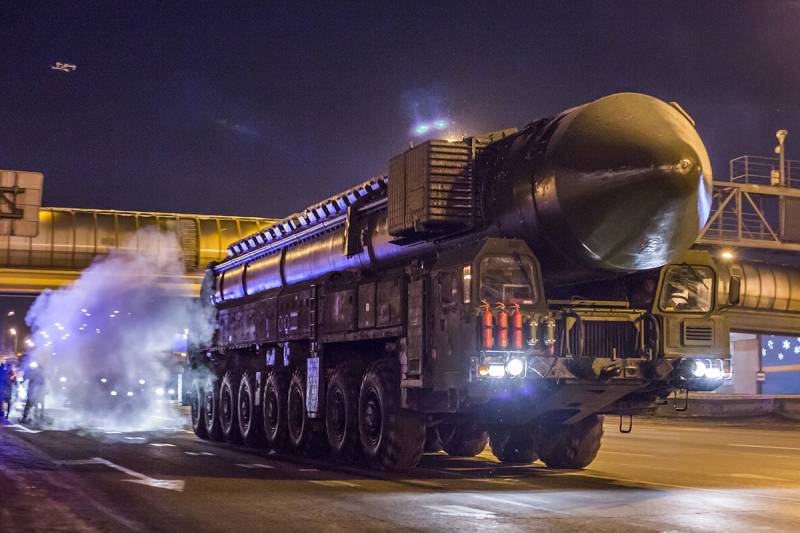 PGRK "Yars" in the suburbs in preparation for the parade on Red Square, photo: Russian Ministry of Defense
Also, in two regiments of the Strategic Missile Forces, the process of placing the first launchers of the Yars missile system on combat duty has been completed. This complex is currently the basis of the country's nuclear missile shield. The complex is available both in soil and in a mine version and replaced the Topol and Topol-M complexes.

The combat readiness of launchers in the Strategic Missile Forces is estimated by the Russian Ministry of Defense at 95 percent.

The website of the Ministry of Defense notes that by the end of 2021, Russian long-range aviation aircraft performed 30 flights.

The Navy received a nuclear submarine of the Yasen-M series

At the end of 2021, the Russian Navy was replenished with seven large warships: four surface ships and three submarines.

Among other things, the Minister of Defense said that state tests of the sea-based Zircon hypersonic cruise missile had been completed in Russia. The start of serial deliveries of missiles is scheduled for 2022.

At the very end of the year, the Russian Navy included two modern nuclear submarines, Knyaz Oleg and Novosibirsk, of the Borey-A and Yasen-M series. These are the most modern Russian underwater projects. fleet.

Also at the expanded collegium of the Ministry of Defense, they noted the early completion of work on the construction of the base minesweeper "Georgy Kurbatov". 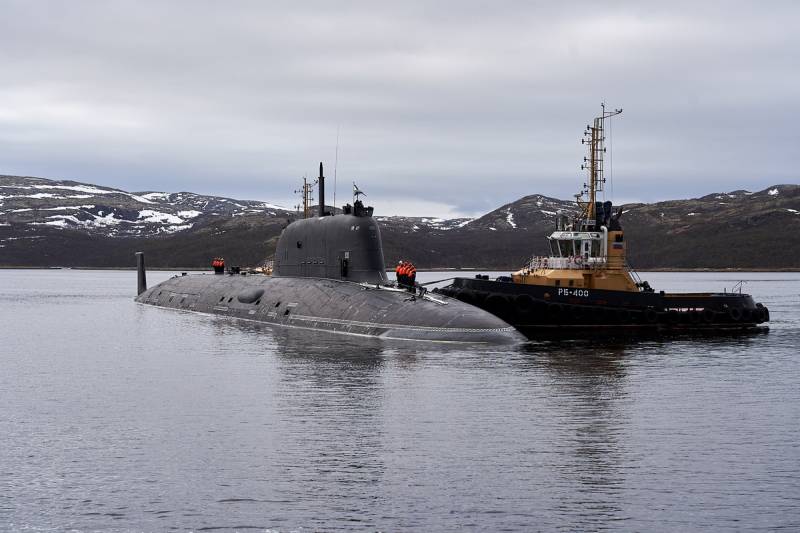 Multipurpose nuclear submarine "Kazan" of project 885M "Ash-M", photo: Russian Ministry of Defense
Project 885M Yasen-M nuclear-powered multipurpose submarines are among the most advanced and versatile in the Russian fleet. Their unofficial nickname is "Carrier Assassins."

The boats can be armed with cruise missiles "Caliber" and "Zircon", and also carry torpedo weapons. The Russian fleet already includes three Yasen project boats, and six more submarines are under construction.

In total, there are plans to add seven more submarines of project 955A to the fleet, five of which have already been laid.

With three already built boats of the project 955 "Borey", there will be 12 submarines of this series in Russia.

According to the Russian Ministry of Defense, 2021 samples of new and modernized aviation equipment were delivered to the country's aerospace forces in 151.

The S-350 is a new generation air defense system designed to combat not only aerodynamic, but also ballistic targets. The complex, among other things, received an increased stock of missiles, which is especially important in the context of the possible massive use of modern high-precision weapons by the enemy.

Earlier, the state corporation Rostec reported that the S-350 Vityaz complexes would replace the S-300PS and Buk-M1-2 systems. 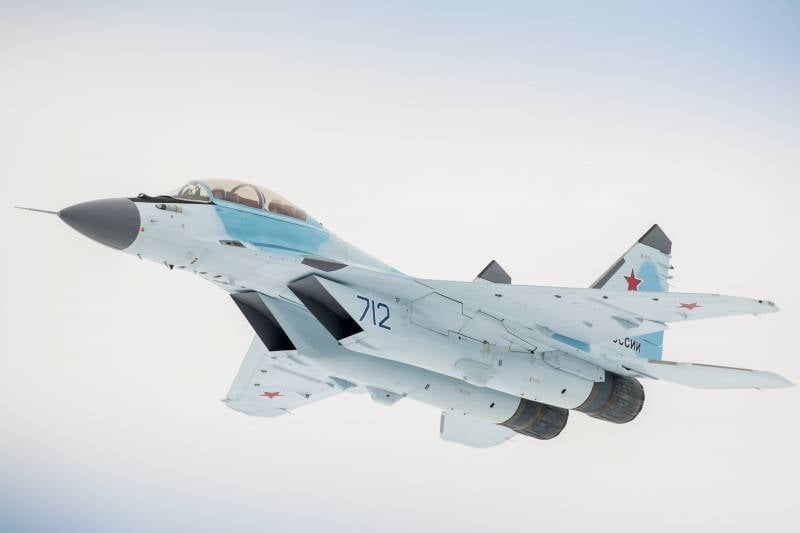 Multifunctional light fighter MiG-35S, photo: Russian Ministry of Defense
One of the most interesting updates in the Russian Aerospace Forces was an aviation regiment armed with MiG-31IK aircraft.

This name was given to a modification of a high-altitude supersonic fighter-interceptor armed with the Dagger hypersonic missile system.

The first multipurpose fighters MiG-35S ("C" in the name of the aircraft means "serial") also appeared in the Aerospace Forces.

The MiG-35 is a multipurpose light fighter of the 4 ++ generation, a further development of the famous front-line fighter MiG-29. A number of technologies typical for fifth generation fighters were implemented in the aircraft design.

In particular, the fighter is equipped with a radar with an active phased antenna array, the radar signature of the vehicle has been reduced. The fighter also received engines with increased thrust. An important feature of a combat vehicle for Russia is the preservation of the ability to work from unpaved airfields.

At the same time, the aerodrome network has been improved in recent years. According to the Russian Ministry of Defense, over the past seven years, the country has reconstructed runways at 29 airfields. 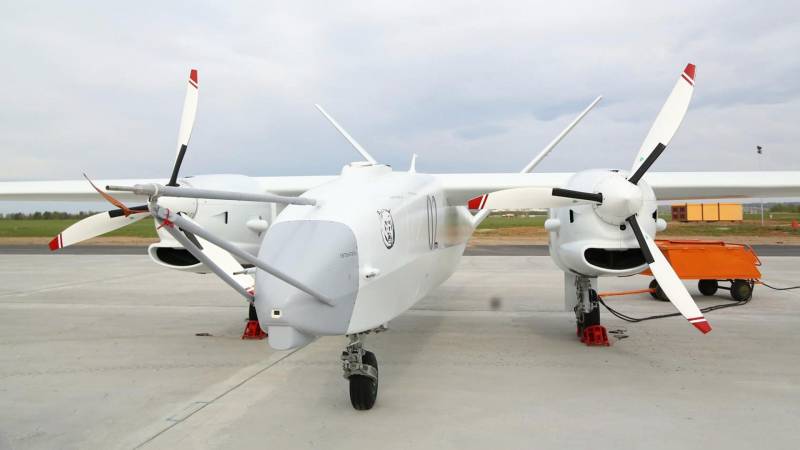 Reconnaissance and strike drone "Altius-RU", photo: Russian Ministry of Defense
New drones are on the way.

The Russian Defense Minister said that in 2021, the tests of the Altius-RU UAV, a Russian heavy long-range drone, were completed. This drone is able to carry various payloads, not only reconnaissance systems, but also a complex of weapons.

The takeoff weight of the drone is estimated at about six tons, while its payload exceeds a ton.

Most of the military equipment in 2021 was delivered to the ground forces, they received more than 2 samples of weapons, military and special equipment, both new and modernized, from industry.

The Russian Ministry of Defense noted that in 2021 two new divisions were deployed: motorized rifle and tankas well as missile and anti-aircraft missile brigades.

Among the equipment supplied to the troops there are about 900 tanks and armored combat vehicles and more than 1 units of automobile equipment. Thus, the army received more than 200 modern and modernized main battle tanks, among which the T-240B72M and T-3BVM tanks, which are well known to many, but pulled up to the requirements of today, as well as the new T-80M "Breakthrough".

The T-90M Proryv tanks are the most advanced Russian combat vehicles that meet the challenges of modern combat. They represent a deep modernization of the T-90 tanks and received a completely new turret, which positively affects the survivability of the crew and the comfort of its work. Also, this tank is distinguished by the presence of a more powerful diesel engine (1 hp). 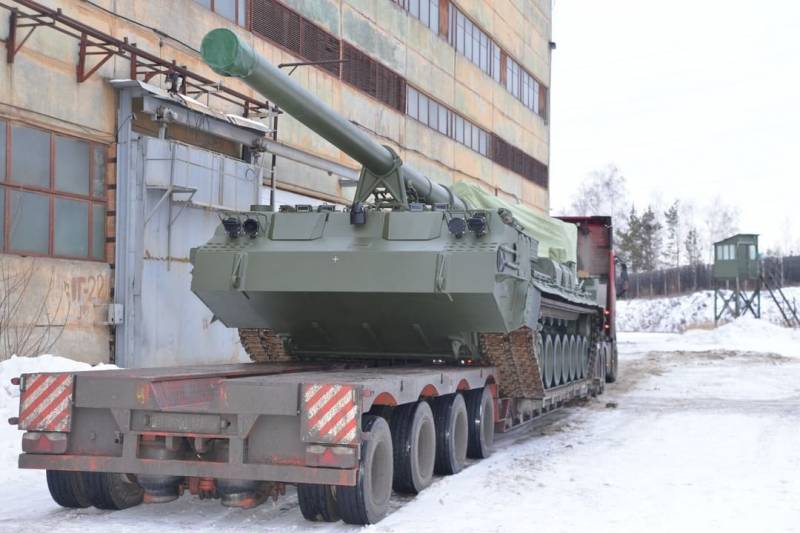 203-mm ACS 2S7M "Malka", photo: Uralvagonzavod
Motorized riflemen in 2021 received from the industry BMP-3, as well as upgraded versions of the BMP-2, equipped with a new fighting compartment "Berezhok".

Due to the use of this combat module, the capabilities of the infantry fighting vehicles already in service were significantly expanded. In addition to a more advanced fire control system, this combat module combines a 30-mm 2A42 automatic cannon, an AG-30 17-mm automatic grenade launcher, a 7,62-mm PKT machine gun and guided missile weapons - 4 Kornet ATGMs.

The process of updating the artillery component of the RF Ground Forces also continued. In addition to the MLRS of the Tornado family, the troops also receive new barreled artillery. In 2021, the Uraltransmash company completed the process of supplying the troops with the modernized 203-mm 2S7M Malka self-propelled guns.

In addition, Uraltransmash supplied the military with a batch of new 2S19M2 Msta-S self-propelled guns. For self-propelled guns of this modernization, the aiming rate of fire was increased to 9 rounds per minute. At the same time, the ACS 2S19M2 was able to conduct a "fire raid" on one target with a series of five shots, after which the ACS can change its firing position.