Russian "Irkut": will the new launch vehicle make it possible to impose competition on the West? 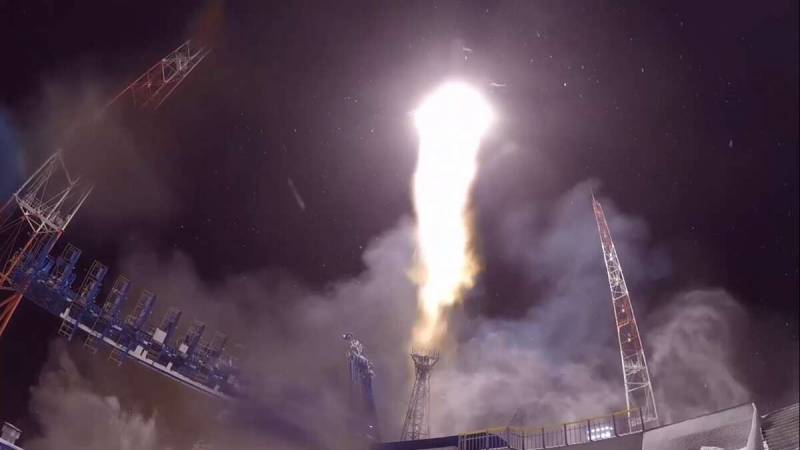 As RIA reported in October News with reference to the magazine "Space Engineering and Technology", the Ministry of Defense presented the technical characteristics of the new Russian ultralight launch vehicle "Irkut".

"On the issue of the development of domestic SLK launch vehicles, it is possible to note the project developed by the specialists of JSC TsNIIMash for the creation of the Irkut SLK launch vehicle", - said in the material.

It, as far as can be judged, contains the first public demonstration (albeit very conditional: in fact, only a couple of pictures) of the appearance of the rocket. The very fact that Russia is creating the Irkut missile system has been known since at least September. 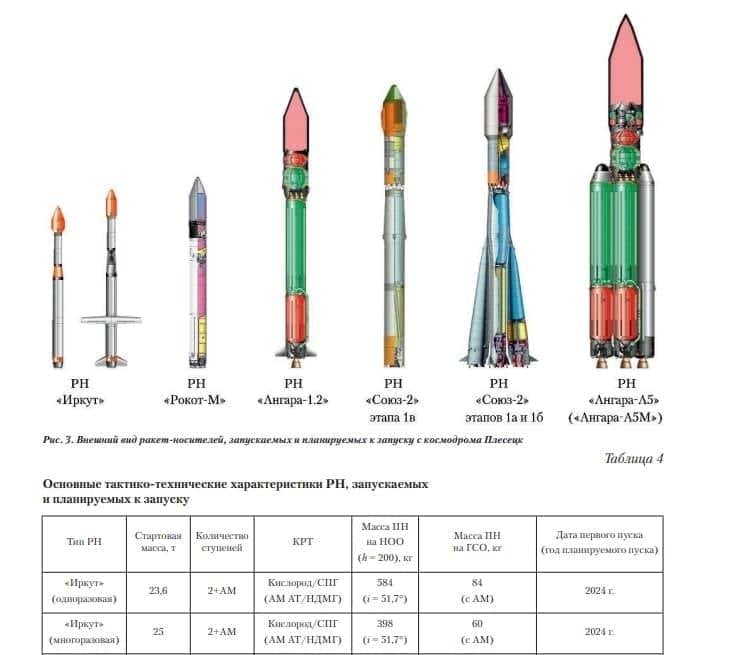 They want to launch a rocket from Plesetsk. The media will appear in two versions at once: disposable and reusable. In the latter case, he will return to the ground with the help of his wings. The launch weight of the rocket in the disposable version is 23,6 tons. The one-time option will be able to put 200 kilograms of cargo into low-earth orbit (584 kilometers), and 84 kilograms into geostationary orbit.

The reusable version will deliver 398 kilograms of cargo to low-earth orbit, and 60 kilograms to geostationary orbit. Moreover, it will be heavier: the launch mass of the rocket will be 25 tons. This happened because of the wing, the turbojet engine, as well as the landing gear, which are needed for the landing, which will be carried out at the airfield, just like a regular aircraft does. Another option involves the use of skis instead of a chassis.

They decided to use a pair of oxygen - methane in the case of the carrier and heptyl with amyl, if we talk about the upper stage, called the "apogee module", as a fuel. Both the disposable and reusable versions are due to make their maiden flight in 2024.

It is worth recalling that TsNIIMash has long been developing a reusable rocket as part of its development work. "Wing-SV", but earlier Kapustin Yar and the new Vostochny cosmodrome were named as the launch site. 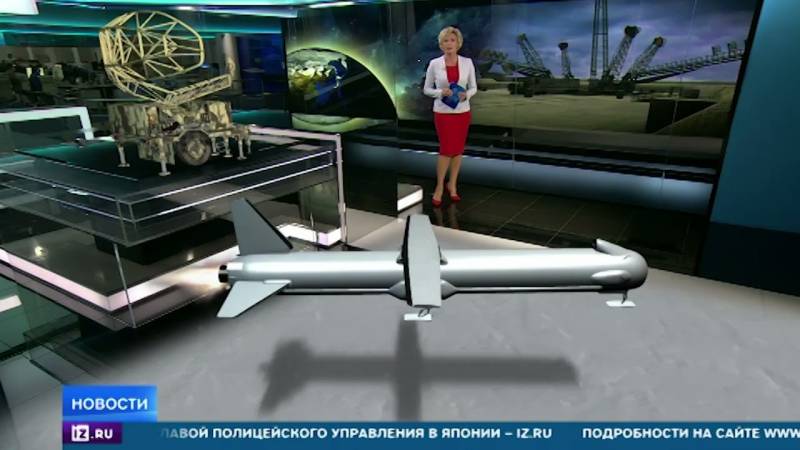 The preliminary design of the Krylo-SV reversible stage was defended at the Advanced Research Fund in 2019. In 2020, it was reported that the first flights of the Krylo-SV reusable stage should be carried out as early as 2021. It was about subsonic demonstrators, which should work out automatic landing and various subsonic flight modes.

On the right path?

At first glance, the Irkut ultralight-class missile project does not cause controversy. The world has not yet entered what can be called a "micro-rocket revolution." However, some progress has already been made, and Russia will somehow have to look for answers.

The main novelty here is the Electron ultra-light launch vehicle, developed by the New Zealand division of the American private aerospace company Rocket Lab. With a launch price of about $ 7,5 million, it can put about 220 to 300 kilograms of cargo into low-earth orbit, depending on the version. These are good indicators: today the new rocket boasts a solid number of launches (already more than 20) and a large portfolio of orders. 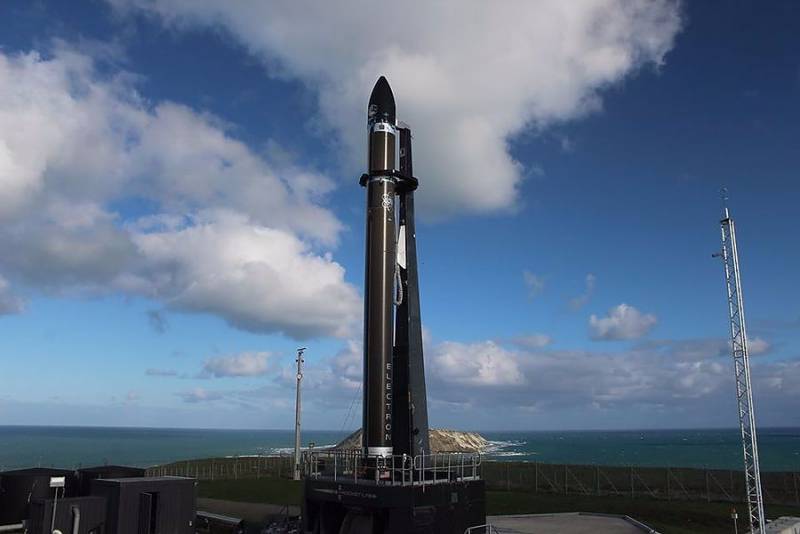 The similarly capable older light-class Pegasus rocket costs 40 million. And in 2018, Glavkosmos Launch Services reported that the base price of the launch of the Russian Soyuz-2.1 launch vehicle would be about $ 48,5 million with the Fregat upper stage and $ 35 million without the Fregat. Delivery of one kilogram of cargo using a rocket costs about 20-30 thousand. It should be borne in mind that Soyuz-2 is a medium-class carrier and is much more powerful than Pegasus or Electron.

The reusable first stage, which in the future they want to catch in the air with the help of a helicopter, will allow the Electron to "knock down" the price even more. In the case of "Irkut", as already mentioned above, they chose the "airplane-like" landing. The idea itself is not new: they wanted to implement it on the Baikal-Angara accelerator project, which, as we know, never appeared. 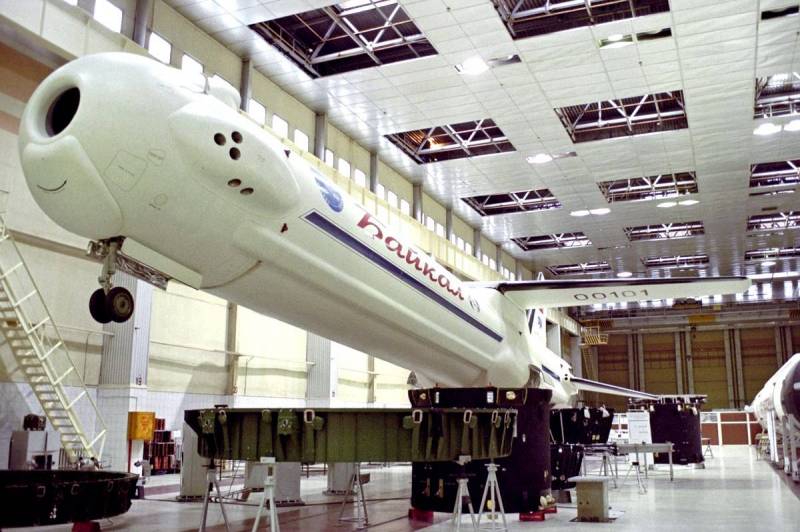 The reasons for this can be found very different, but it is pertinent to recall that at one time a well-known expert in the rocket and space industry and popularizer of science Vitaly Egorov spoke rather critically about Wing-SV.

“The legs (like the Falcon 9 launch vehicle - Ed.) Require minimal weight and rework than the rest of the options. You can land in an airplane way. You cannot save on this ", - noted the expert in the commentary to Gazeta.Ru.

Ivan Moiseev, head of the Institute for Space Policy, is also critical of the chosen scheme:

“There were a lot of doubts about vertical landing, too, whether it was worth contacting, but Musk showed everyone that vertical landing works, and it works very well. Musk lands rockets on the same engines on which he puts them into orbit. And this system needs its own engines. And engines are expensive and hard ”, - he told Life.ru.

In the opinion of Aleksandr Zheleznyakov, academician of the Russian Academy of Cosmonautics, the fact that the “airplane” scheme is expensive and complicated was understood by specialists back in the 80s, when this direction was being worked out within the framework of the Buran program. Then they wanted to return the side boosters, including in airplane mode. 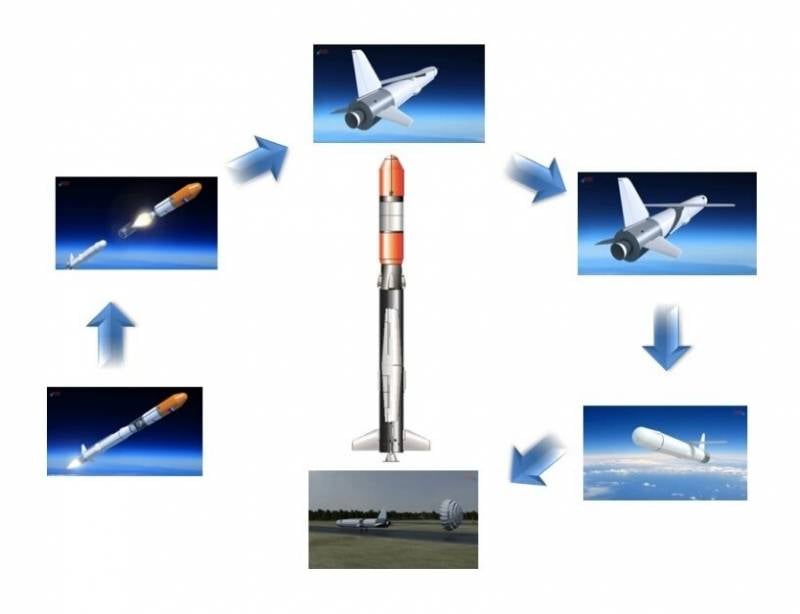 Does the Irkut project have any advantages? It must be assumed, yes. Let's start with the fact that in addition to the "winged" reusable option, as mentioned above, there is also a more conservative (and less risky) one-time option. In light of the fact that Russia, in fact, does not have much experience in creating reusable missiles, this approach looks completely rational.

We should also say about fuel. The rocket itself, as already noted, will run on methane and oxygen. Experts have long been talking about the advantage of methane over kerosene, especially when it comes to reusable launch vehicles. The fact is that methane is more environmentally friendly, it does not leave soot during combustion and is cheaper than other types of fuel. In addition, in recent years, they are increasingly talking about the possibility of its extraction in the future on other planets.

It is pertinent to recall that SpaceX's new Raptor liquid propellant rocket engine uses methane and liquid oxygen. Blue Origin also followed this path, creating its own BE-4, which will be installed on the promising Vulcan carrier.

On the other hand, not everything is unambiguous with the upper stage, for which heptyl with amyl was chosen. Such a scheme can hardly be called “safe” and “environmentally friendly”. Heptyl (unsymmetrical dimethylhydrazine) has a strong toxic and mutagenic effect. The gradual decommissioning of the heavy Proton-M launch vehicle is largely due to the fact that it uses a heptyl / amyl fuel pair. On the other hand, the scheme is extremely efficient as propellant. And it's also tested.

In general, Irkut is a controversial project that can hardly be viewed as a competitor to the already existing Western developments: at least if we talk about the reusable version. But do not forget that now Russia is developing a potentially more successful missile. We are talking about the medium-class carrier Amur-LNG. For him, they chose the now familiar method of returning the stage with its vertical landing, like that of the Falcon 9. They want to launch the first rocket launch in 2026.