New complexes and opportunities for the Space Forces 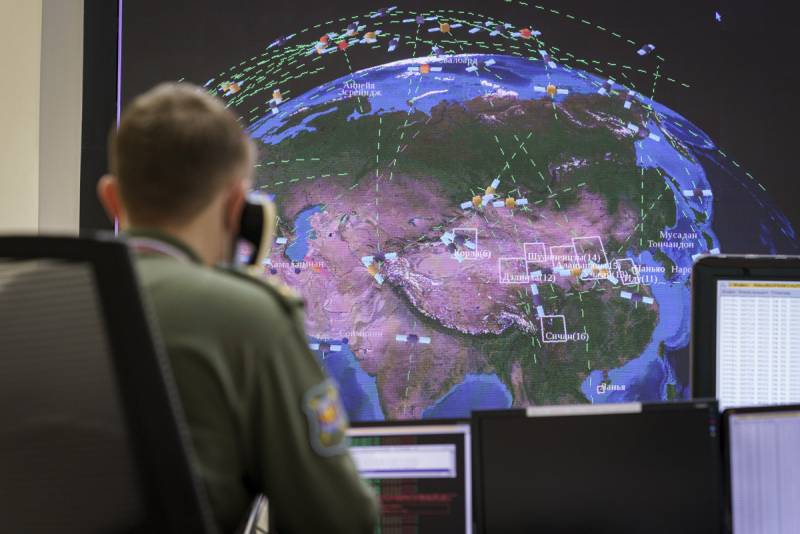 One of the tasks of the Russian Space Forces, which are part of the Aerospace Forces, is to monitor the situation in outer space, detect and track various objects. To carry out such activities, a variety of radio engineering and laser systems are used. As announced, such a surveillance system will be updated and modernized in the coming years.

On October 4, the Day of Space Forces, the Ministry of Defense published an article on this branch of the military. The material presents the current state of the Space Forces and the results of their activities in the previous period. The main plans for their further development are also disclosed, some of which are already being successfully implemented.

The main center for reconnaissance of the space situation of the Space Forces continues to be on constant watch and monitors the situation in near-earth space. Particular attention has been and is being paid to foreign vehicles and orbital groupings in general. Foreign experiments involving space technology are also monitored. 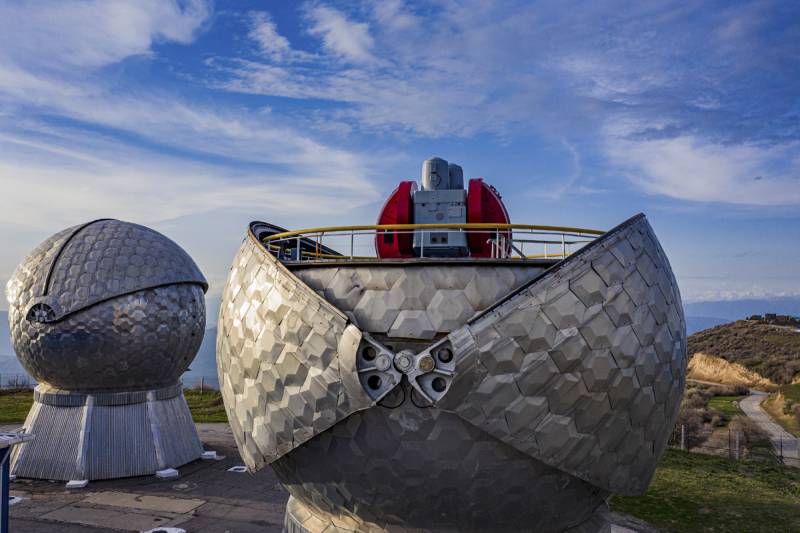 This year, the Center has conducted more than 3,5 thousand so-called. special work to control changes in the situation. Using standard systems and complexes, the Center's specialists tracked the launch of 1450 spacecraft into orbits. 1700 objects were discovered and taken for escort. OK. 270 times the Center predicted and monitored the descent of objects from orbit. A warning was issued 15 times about a dangerous approach of objects with Russian satellites.

On alert, existing samples of detection and tracking equipment are used. Also, by the forces of industry, new complexes are created, deployed and put on duty. There are some successes and rather bold plans in this direction.

The Ministry of Defense reports that by 2025, in the interests of the Space Forces, more than 12 state-of-the-art laser-optical and radio-technical control systems will be deployed on our territory. They will detect and track space objects using different operating principles. 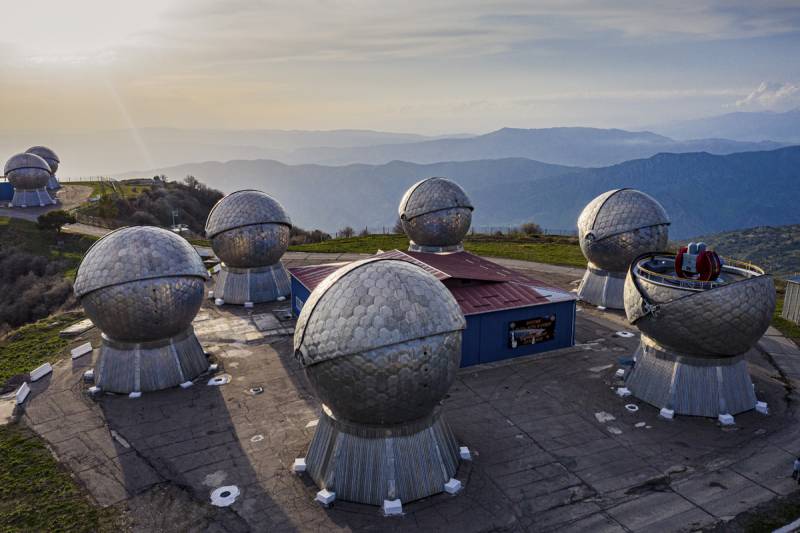 The first of 12 or more of these products has already begun production. A new generation laser-optical complex, the type of which has not yet been named, is located in the Altai Territory and took up combat duty. The dates and locations for the deployment of other complexes have not been named.

It is curious that in addition to new space control systems, other systems are being developed. According to the Ministry of Defense, in the interests of the Space Forces, about fifty research and development work of various kinds is being carried out. It is very likely that the results of some of them will be revealed in the very near future.

The Russian Space Forces already have a developed and highly effective network of various means of monitoring the situation in orbit at their disposal. According to known data, it includes ground complexes with different operating principles. In particular, an optical-electronic complex "Window" operates on the territory of Tajikistan, and a radio-optical "Krona" and a radio-technical "Moment" are located in different regions of Russia. 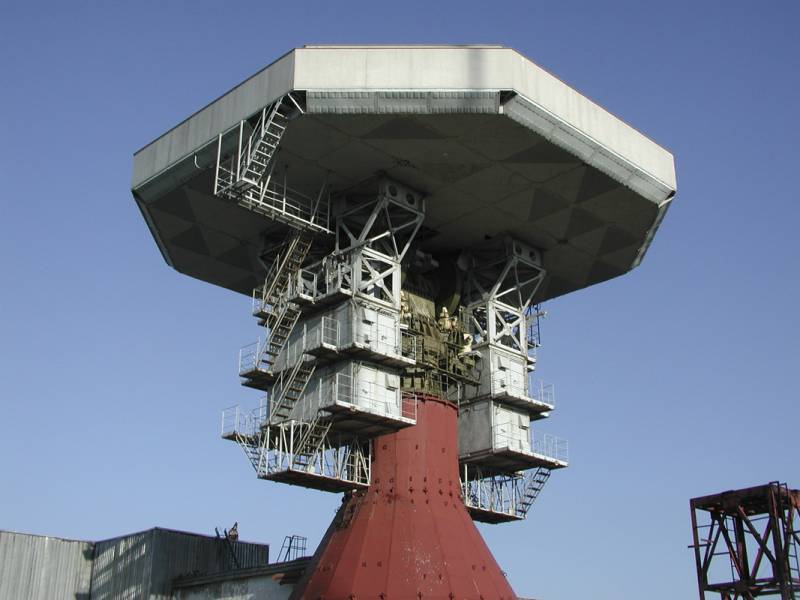 News the imminent deployment of a dozen new control systems is of great interest. First of all, it indicates that the domestic grouping of such funds is expected to grow significantly. The total number of all complexes on duty will increase several times.

The new complexes can be deployed in any areas of the Russian territory, taking into account the receipt of the highest performance characteristics. Obviously, this will make it possible to increase the zone of constant control of outer space, and its boundaries will be moved far beyond our territory. It should also be expected that the complexes of modern development will be distinguished by improved technical and operational characteristics.

Thus, by the middle of the decade, the Space Forces' orbit control capabilities will significantly improve. We should expect an increase in the speed and accuracy of target detection, as well as an increase in the overall performance and the number of simultaneously tracked objects. In addition, in the distant future, the currently existing complexes will have to be removed from duty for modernization or written off due to obsolescence. Despite this, 12 new complexes will ensure that the entire system remains operational.

It is obvious that the development of the grouping of ground control facilities of the Space Forces must continue. At the same time, the directions and methods of such development should correspond to the existing and expected risks and threats from space. 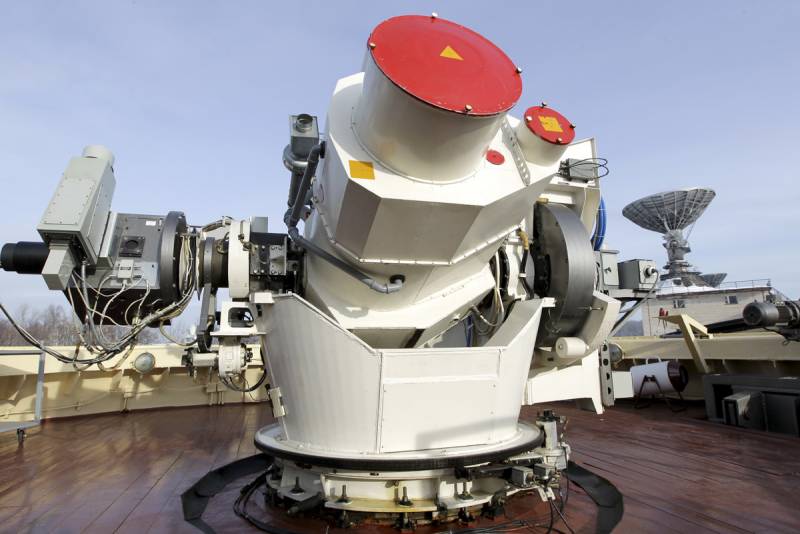 All developed countries, incl. probable adversaries of Russia, already have numerous and developed space groupings or are engaged in their construction. Such complexes include devices of various types, mainly they are responsible for communications, navigation and various types of reconnaissance. Also, in recent years, the idea of ​​an inspector satellite capable of changing its orbit and approaching other vehicles has been developing.

A promising area is reusable spacecraft like the American X-37B. In theory, they are capable of solving a wide range of auxiliary and combat missions, and therefore pose a potential danger. Moreover, the development of such technology is carried out not only in the United States.

Considering the situation in space, it is necessary to take into account the existence and presence in orbits of non-military satellites for various purposes. And without that, a considerable number of such equipment is constantly being replenished. Moreover, modern projects of telecommunication systems OneWeb and Srarlink provide for the creation of "constellations" of hundreds and thousands of small devices. 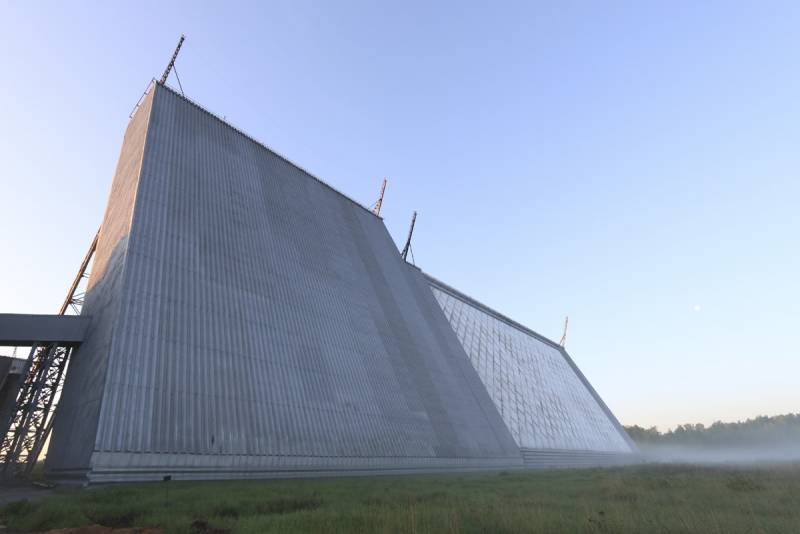 All objects in orbits must be tracked, with particular attention to foreign military spacecraft. By determining their location and movement, you can get valuable information about the activities and plans of a potential enemy. Our Space Forces are already doing such work and are making a great contribution to ensuring security.

All these processes and works will acquire particular importance after the full-fledged start of operation of foreign multipurpose reusable ships. Ground control systems will be almost the only means of tracking such targets and their activities with sufficient efficiency and speed.

Thus, the Space Forces of the Russian Aerospace Forces successfully solve all their tasks, incl. monitor the situation in near-earth space and accompany various objects in orbits. As it became known, the group of means of control will be replenished and will improve its capabilities. However, so far only the fact of the deployment of new complexes has been reported, without specifying their characteristics. 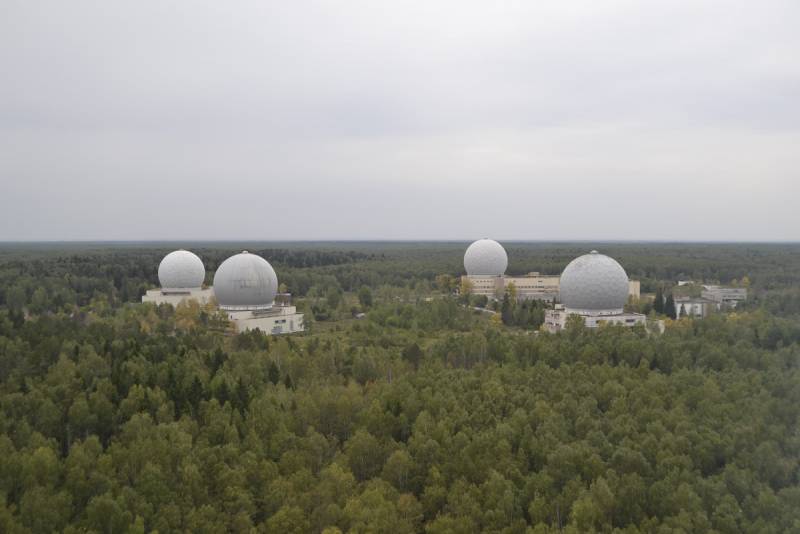 It should be noted that the development of our Space Forces is being monitored abroad and even showing apprehension. The latter are mainly due to the fact that Russia may be able not only to monitor outer space, but also to hit targets in orbits. It is assumed the presence or at least the development of anti-satellite missile, electronic and laser systems, as well as satellites-inspectors, incl. with combat capabilities.

Due to the high importance for national security, the Russian Ministry of Defense does not disclose most of the information about projects created for the Space Forces. However, there is no doubt that in the future this branch of the military will receive many new models and systems of various kinds - these will be the results of 50 current and future research and development projects.