18 September 2012
4
In the late XIX - early XX century, views on weapon self-defense were somewhat different than now. If now a relatively small pistol can use ammunition down to a caliber in 45 hundredths of an inch, then the compact weapon for protection was compact in everything, including ammunition. Simple devices, weak ammunition - this is how you can briefly describe a weapon positioned as a pocket pistol. A separate branch in this all is occupied by the so-called expansion pistols, that is, a weapon in which, due to the muscular strength of the shooter, the supply of ammunition and the firing mechanism of the firing mechanism took place. One of the most famous expansion pistols is Mitrailleuse or Le Gaulois, which we will briefly review in this article. 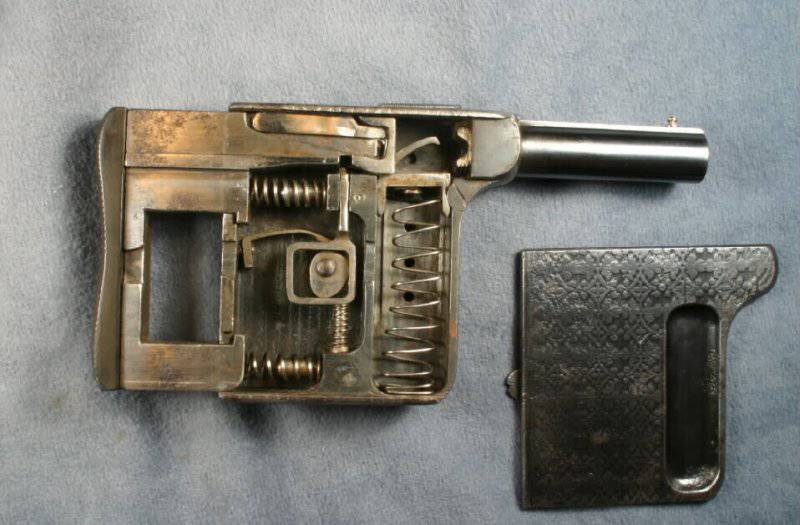 By itself, the gun looked like a cigarette case with a barrel sticking out of it, and it could be confused with a cigarette case if it were not for the size of the weapon that allowed the shooter to actually hide it in the palm of his hand. This gun was fed with cartridges of 8 caliber of millimeters, however, caliber is not an indicator of ammunition power, in this case we are talking about fifty Joules at best. Cartridges were placed in the non-removable magazine, charged one by one through the window to eject spent cartridges. One of the highlights was that the weapon even had a fuse. So, on the left side was placed a switch, with which it was possible to fix the rear movable part of the gun, that is, to make it safe when worn, unlock the weapon or remove the cover for maintenance.

The principle of the gun was really very simple. In front of the chamber, one of the cartridges was always located; when the weapon was squeezed, the rear part of the pistol frame was displaced, which pushed the bolt, which, in turn, simultaneously inserted the cartridge into the chamber and cocked, reaching the extreme point, there was a disruption of the mainspring, a blow to the rim and as a result, shot. When the grip of the weapon was weakened, the bolt returned to its previous position, removing the cartridge case and throwing it up. For the next shot, it was necessary to simply squeeze the weapon again. 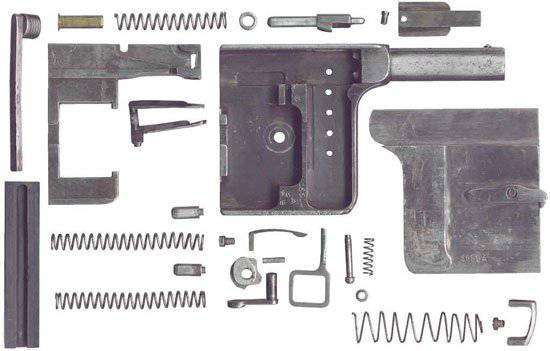 Naturally, such a gun required a certain skill from the shooter. So, for example, too slow loosening of the grip could lead to jamming of the spent case, and too sharp pressing on the back of the frame could cause sticking of the cartridge. In addition, the weapon had no accuracy, as it had a smooth barrel, although by and large it was and is not necessary accuracy. Separately, it is worth noting such a problem as the quality of ammunition for this gun. Despite the fact that these cartridges cost mere pennies, saving amateurs acquired cheaper ones, as a result of which unburned gunpowder accumulated in the weapon shop itself, and if greed went along with slovenliness, sooner or later this powder could ignite just two cases of ignition. But if you look, the owners themselves are to blame, because any weapon, even the simplest one, requires careful maintenance.

In general, this gun can not be considered a full-fledged means of self-defense. First of all, the reason for this is weak ammunition, the second is that when you press the moving rear part of the frame, the barrel will in any case move away from the aiming point, even if the pressing force is minimal. Nevertheless, these pistols were quite popular, and this despite the fact that at that time there were already fully-fledged pistols that were similar in design to modern ones and used more effective ammunition. But, apparently, then there was such a fashion. 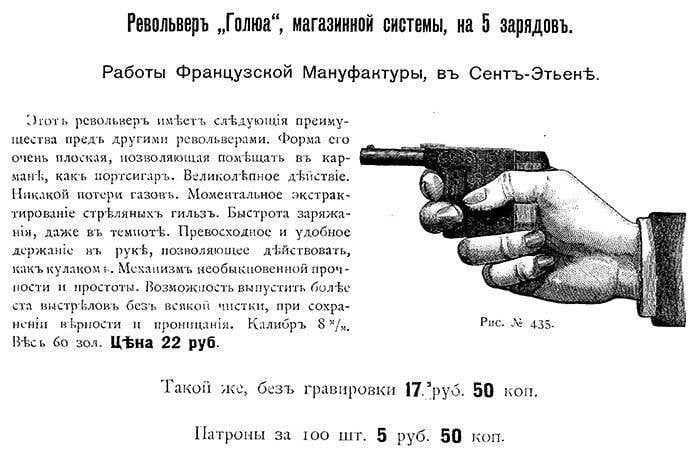 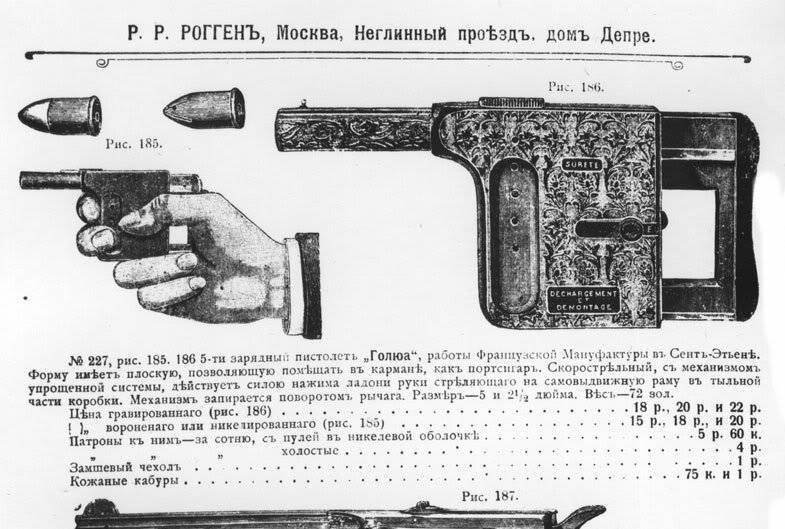 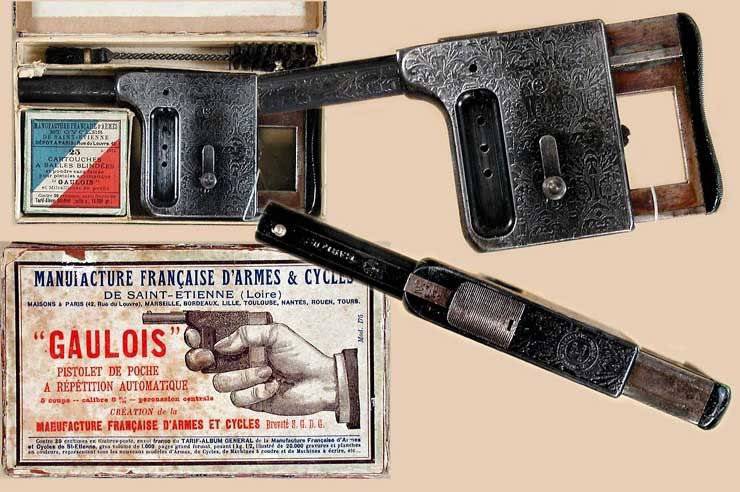 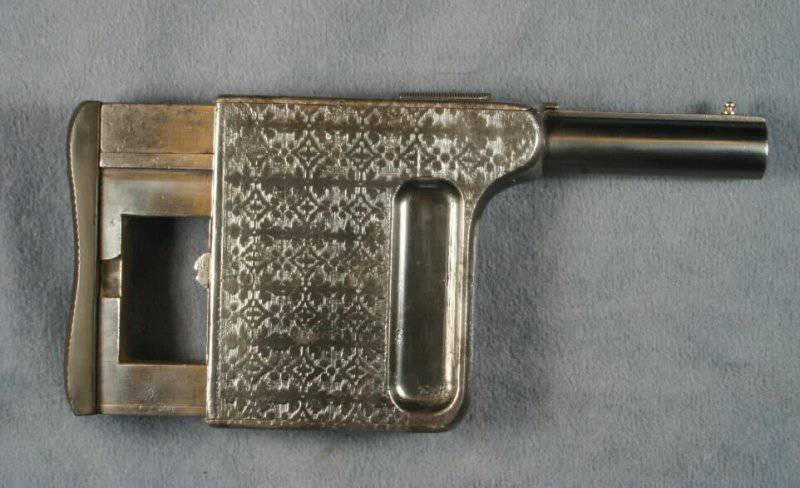 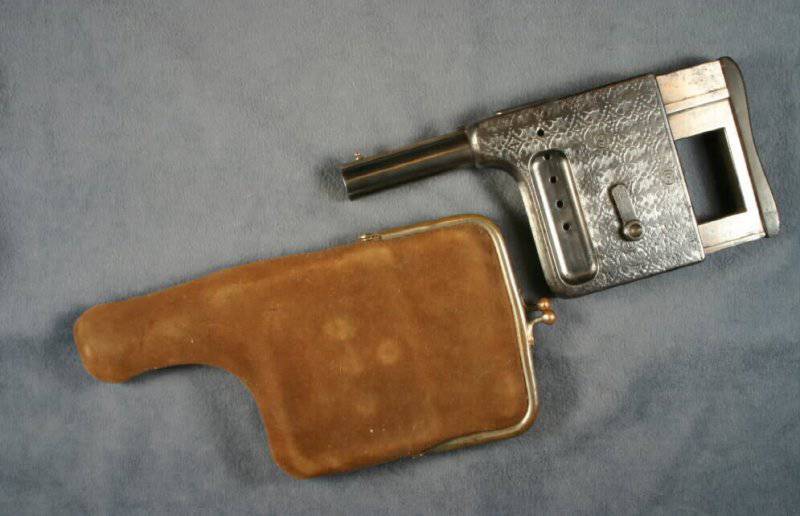 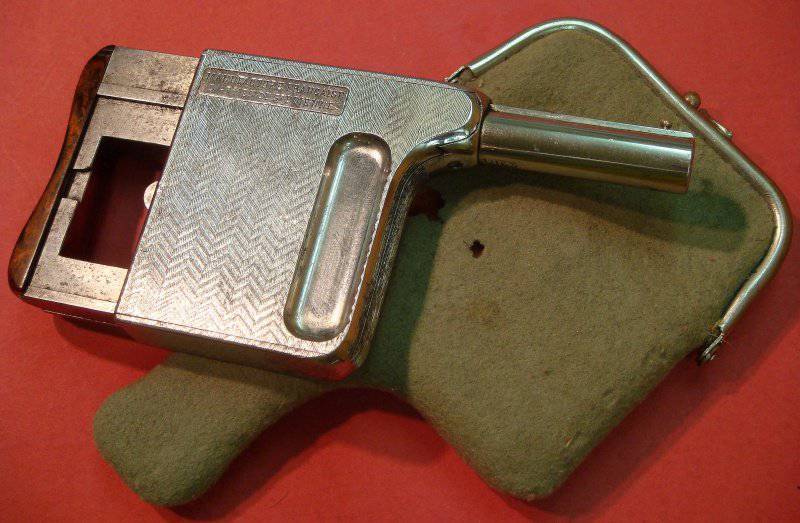 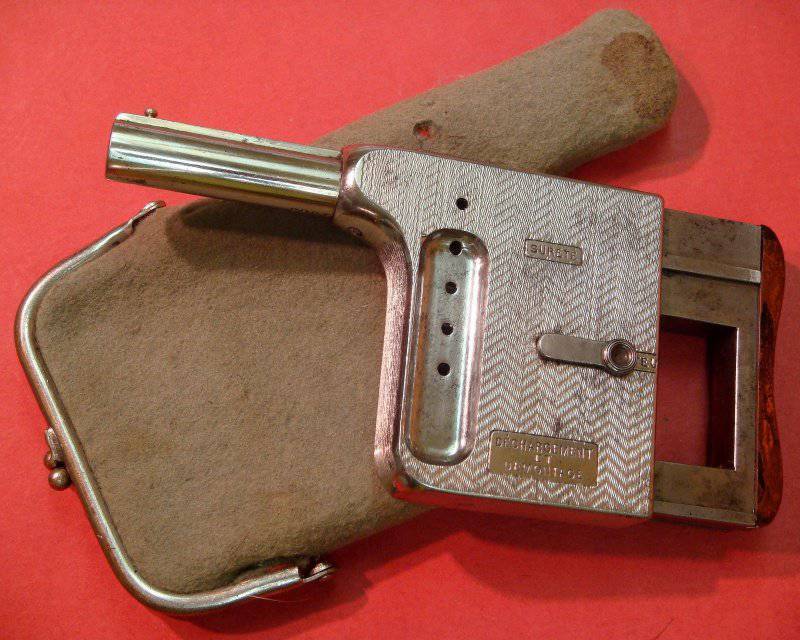 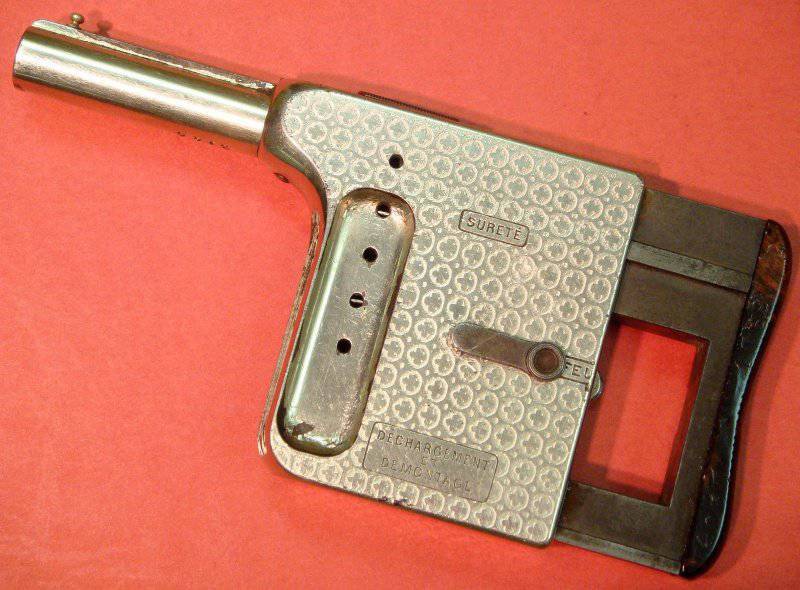 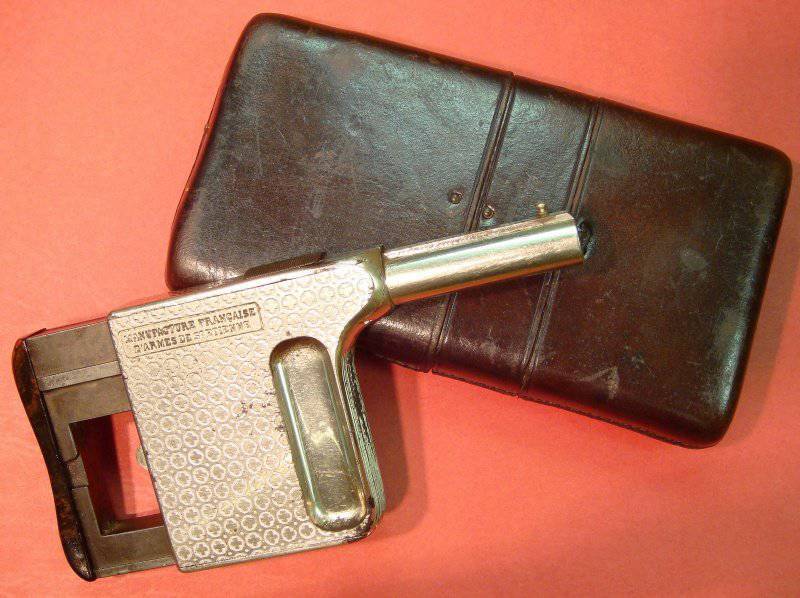 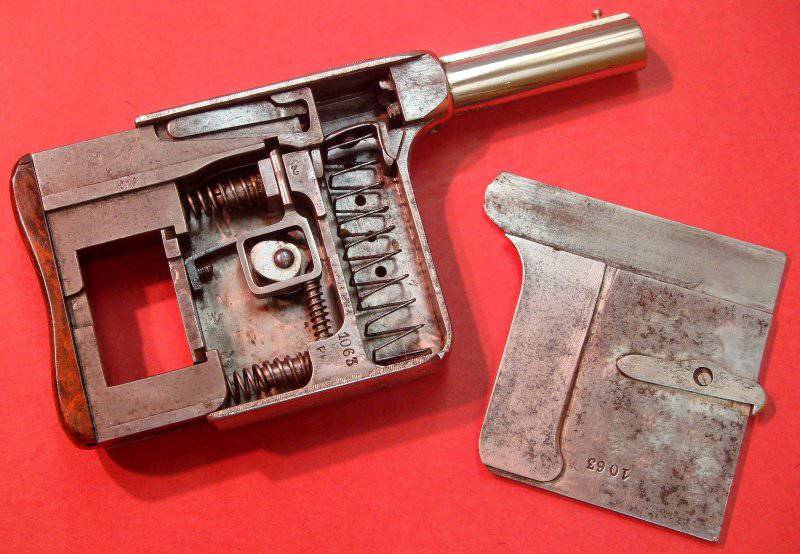 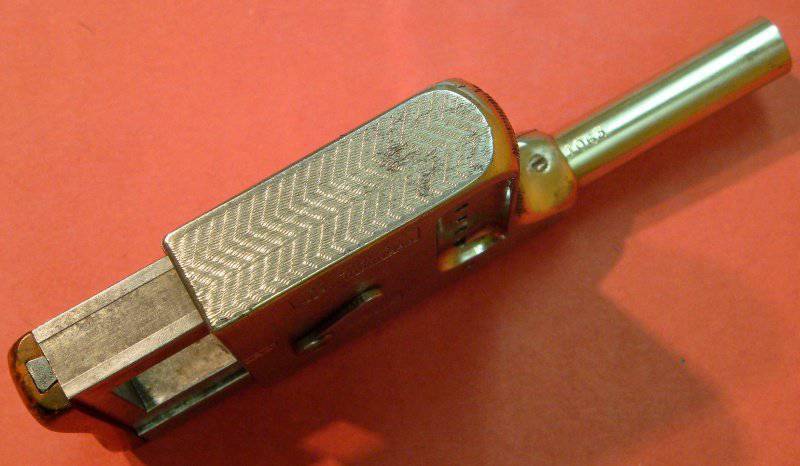 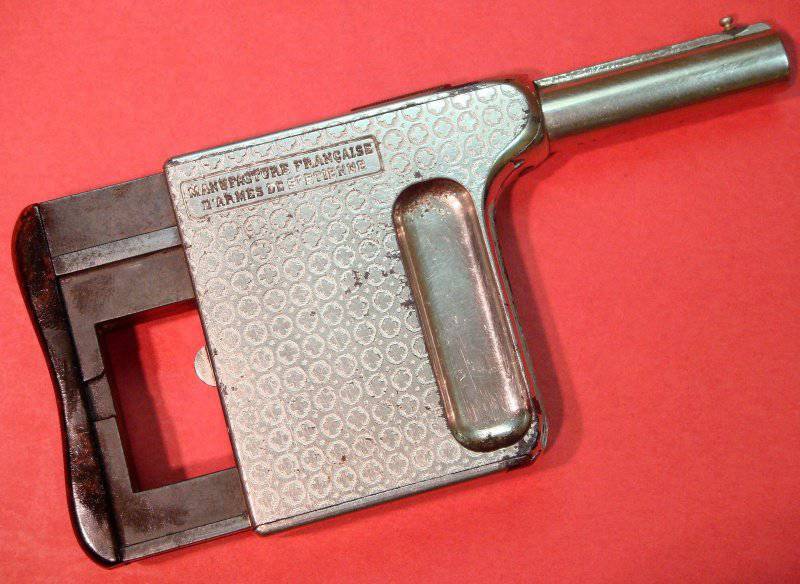 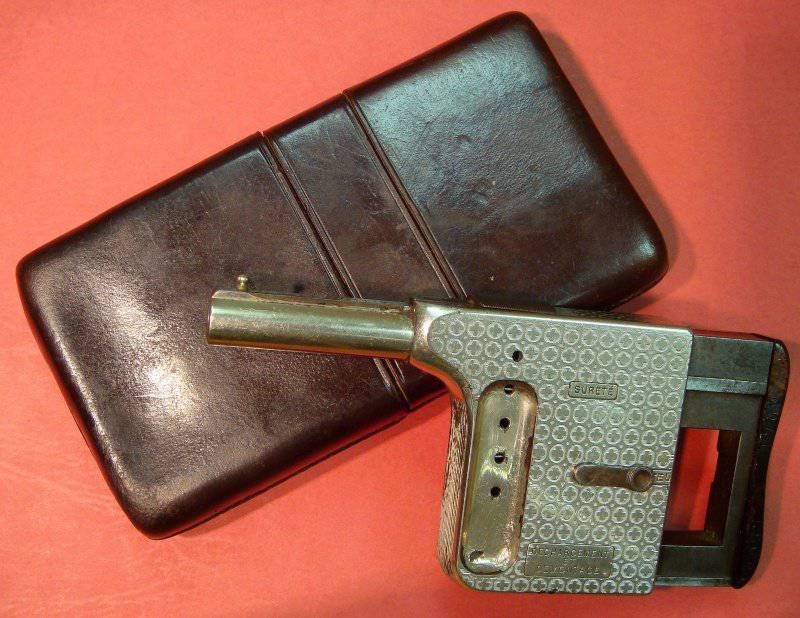 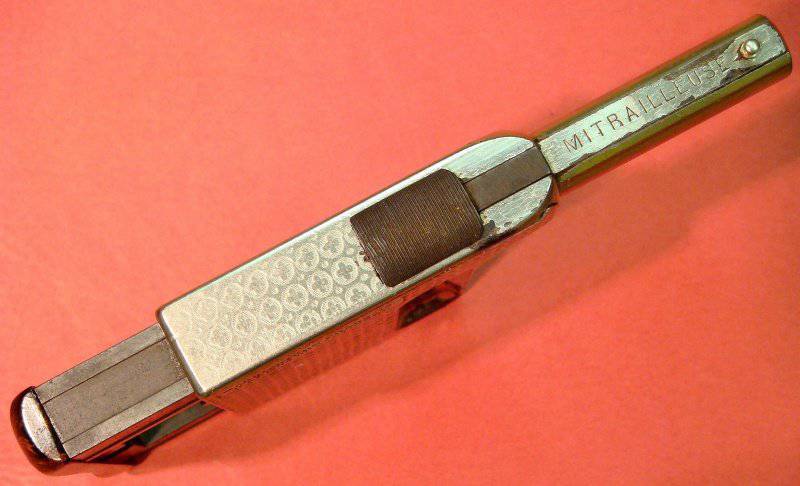