Corvettes of the Ada type: will Ukraine get a combat-ready fleet 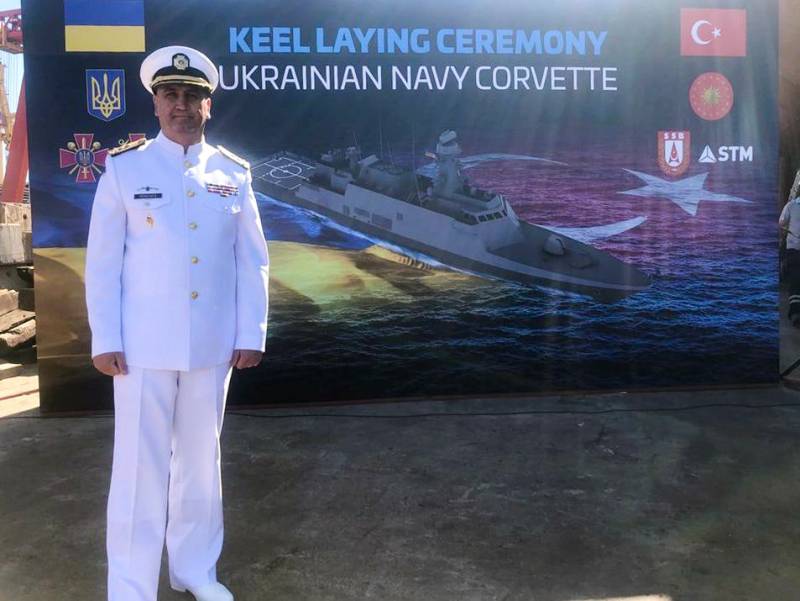 On the ruins of the USSR

The laying of the first corvette of the Turkish MILGEM project (type Ada) for the Ukrainian Navy remained relatively poorly covered in the Russian media. By the standards of Russia, the event is really not very remarkable. Corvettes project 20380 type "Guarding", for example, already built ten units, and the total number of such ships of different versions should in the foreseeable future approach three dozen.

But, as ex-president Leonid Kuchma wrote, "Ukraine is not Russia." Countries have different opportunities. Now the only conditionally large ship of the Ukrainian Navy is "Getman Sagaidachny" of project 1135.1 "Nereus", which was commissioned in 1993. The most ambitious undertaking in this sense was the construction of four "national" corvettes of project 58250, developed by the "Research and Design Center for Shipbuilding" (KP "IPTsK") in the city of Nikolaev. 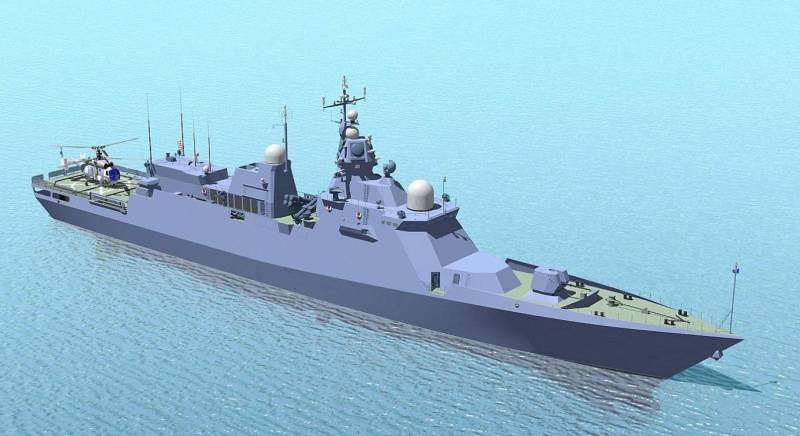 The lead ship was built using the facilities of the Black Sea Shipbuilding Plant. However, in July 2021, the economic court of the Nikolaev region approved a report on the final liquidation of the enterprise, which had previously been declared bankrupt. The readiness of the lead ship of the series - "Vladimir the Great" - at that time was about 17%. Later, the Ministry of Defense announced that they wanted to finish building it, moreover, in a frigate class. In the current conditions, this looks unlikely due to the collapse of the Ukrainian shipbuilding industry. And the practical meaning, taking into account the forthcoming financial costs, is questionable.

Initially, MILGEM had an indirect relationship to the Ukrainian Navy, although the very Research and Design Center participated in its development.

But for Turkey, the project is significant: both from the practical side and from the point of view of world prestige. The Ada-class corvette developed within the framework of this project is the first large warship of the Turkish project. The MILGEM program itself is aimed at developing ships that could perform various tasks, including reconnaissance, surveillance, early warning, anti-submarine warfare, anti-surface ships, air defense and amphibious operations. 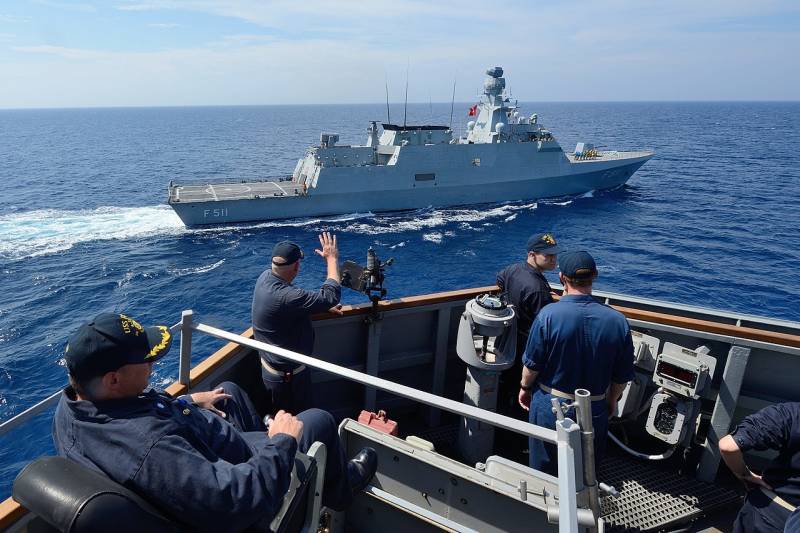 Photo: Ukrainian Navy and Igor Kopytin
Ada is just one of the directions. Others are related to the development of frigates. It is pertinent to recall that on January 23 the head frigate of the family, "Istanbul", was launched.

Speaking specifically about the Ada-type corvettes, the Turks have already built and commissioned four of them. The ship's displacement (standard) is 1524 tons. The length is 99 meters, and the width is 14,4. By According to military analytical blog bmpd, referring to the Ministry of Defense of Ukraine, corvettes ordered in Turkey for the country's navy will be equipped with a Boeing anti-ship missile system, an MBDA VL MICA short-range anti-aircraft missile system, a 76-mm Leonardo Super Rapid universal artillery installation, a 35-mm Rheinmetall anti-aircraft artillery system Millennium, two 12,7-mm Aselsan STAMP remote-controlled machine gun mounts and 324-mm torpedo tubes with MU90 anti-submarine torpedoes.

The question remains about who and where will build the ships. It is known that the main contractor is the Turkish state-owned company Savunma Teknolojileri Mühendislik ve Ticaret A.Ş. or STM. The lead ship will be built by Turkey and transferred to Ukraine in 2022, after which Ukraine will carry out additional equipment and commission it in 2024. 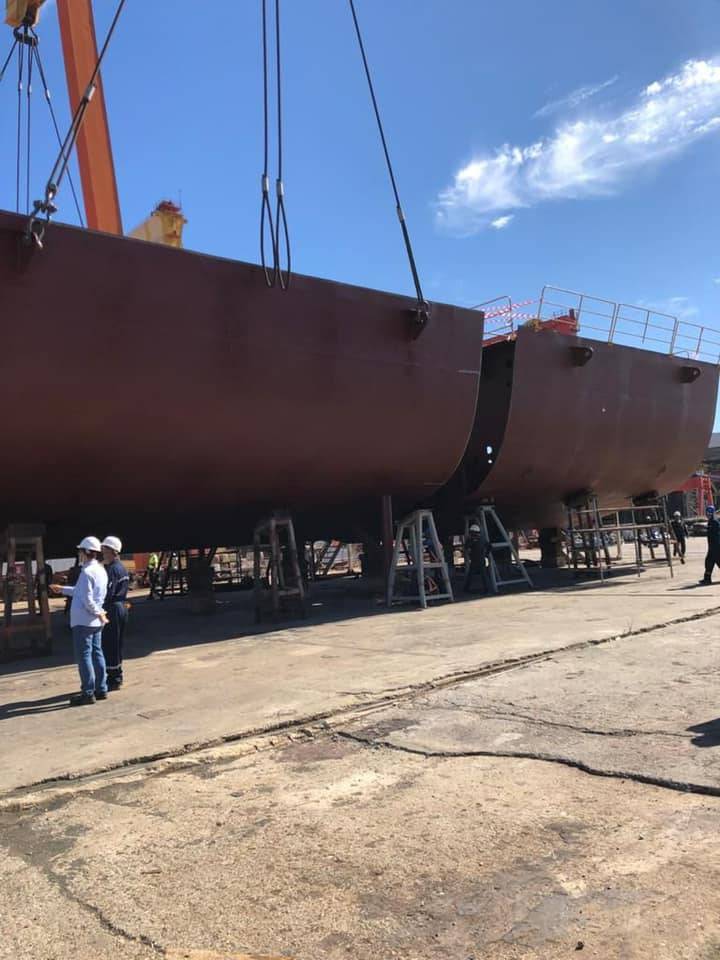 Photo: Ukrainian Navy and Igor Kopytin
The corvette will be built at the facilities of the Istanbul Naval Shipyard. The remaining three, as previously reported, will be built in Ukraine at the Ocean plant. It would be a good experience for the country. But it’s not that simple.

In September, Oksana Vrublevskaya, director of the private company Cleaver, expressed an alternative view to Focus.

“A couple of weeks ago, I visited a company in Turkey that will supply corvettes to Ukraine in order to learn more about the likely participation of Ukrainian enterprises in the localization of production. I want to say that I very much surprised the Turkish side with my question about localization. They are not planning any localization yet. So far, this idea has not been brought to the minds of the corvette suppliers, ”Vrublevskaya said.
It is difficult to say how things will turn out in reality. We only note that the contract itself for the construction of four ships was signed in December 2020. According to Turkish sources, the framework price of the agreement with Ukraine is more than one billion dollars. By the way, in 2018, Turkey signed an agreement with the Pakistani Navy for the supply of four MILGEM corvettes: then the contract was worth more than two billion dollars.

Photo: the press service of the President of Turkey and the Ministry of National Defense of Turkey
It is noteworthy that Turkish President Recep Tayyip Erdogan was present at the steel cutting ceremony for the first MILGEM ship for the Pakistan Navy (at the same time TCG Kınalıada, the fourth Ada-class ship for the Turkish Navy, was commissioned). He did not participate in the recent laying ceremony.

Formally, when (and if) Ukraine receives four corvettes of the Ada type, this will mean a multiple increase in the potential of the Ukrainian Navy, where only the river armored boats of Project 58150 "Gyurza" can actually fight, the problems of which, however, have also been written a lot lately. ... 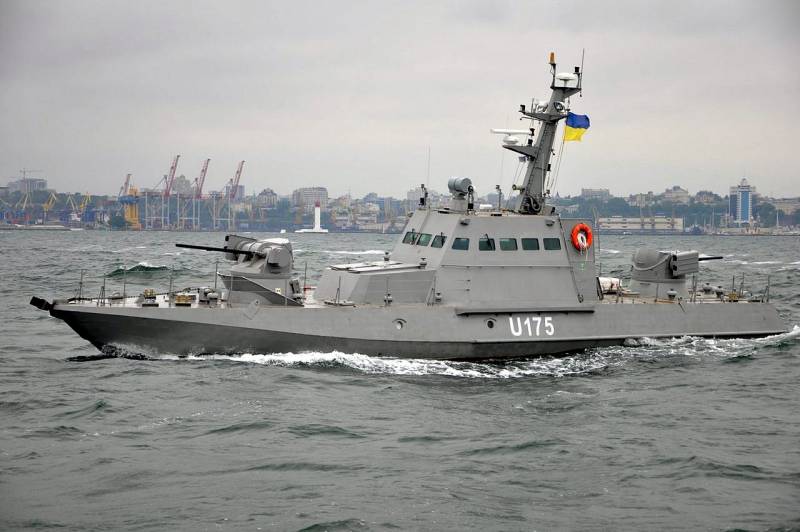 Photo: Ministry of Defense of Ukraine
However, such "spherical amplification in a vacuum" can play a cruel joke. As before, Ukraine will de facto have nothing to oppose to the navies of such countries as Russia or the same Turkey, since the new corvettes will have almost no air cover.

It is obvious that any modern warship has a well-developed air defense system. But it is also obvious that it can be effective only in conjunction with aviation component (otherwise the world would have long abandoned aircraft carriers and naval aviation in general). To put it even simpler, without air cover, any warship is an extremely convenient target. Even a heavy cruiser.

The old Soviet fighters MiG-29 and Su-27, which Ukraine has in service, cannot be regarded as a real force: neither in terms of onboard electronics, nor in terms of weapons. At the same time, the country does not physically have a single modern manned combat aircraft. 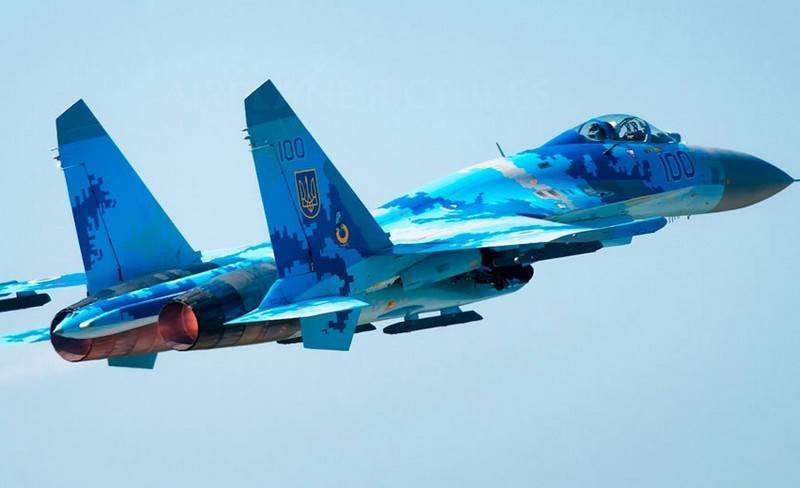 Photo: Ministry of Defense of Ukraine
The situation, according to the media, is aggravated by the massive layoffs of experienced pilots due to relatively low salaries and high workload.

In general, if in the case of the Navy ships there is at least a semblance of rearmament (if we talk about the Ada corvettes, this can even be considered as real steps), then with military aviation and air defense everything is still "complicated."

In March, the French edition of Intelligence Online wrote in the article “Race on between Rafale and FA-18 to replace Ukraine's MiG” that France was ready to offer Ukraine Dassault Rafale fighters. In addition to him, at various times they called Gripen, F-15, Eurofighter Typhoon and even (albeit in the future) F-35 of the fifth generation. However, time passed and the new aviation "contract of the century" was successfully forgotten.