New tactics, weapons and equipment at the Zapad-2021 exercise 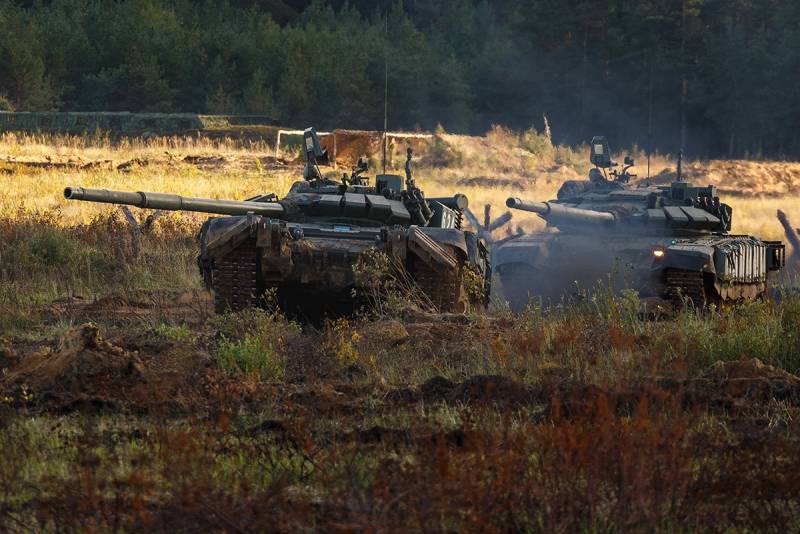 Tanks at the Mulino training ground

On September 10, a joint strategic exercise (SSU) “West-2021” started, during which Russia and other countries work out the interaction of armies in different situations. One of the tasks of the maneuvers is to test in practice the already known and new tactical techniques and elements of combat training, carried out using old and well-mastered, as well as newly received materiel. Several episodes of this kind took place in the early days of the exercise.

In the scenario "West-2021" a large role is allocated to the airborne troops - Russian and foreign units. In the early days of the Airborne Forces, they held several important events, during which they confirmed the calculated capabilities of their materiel, and also showed high combat effectiveness. 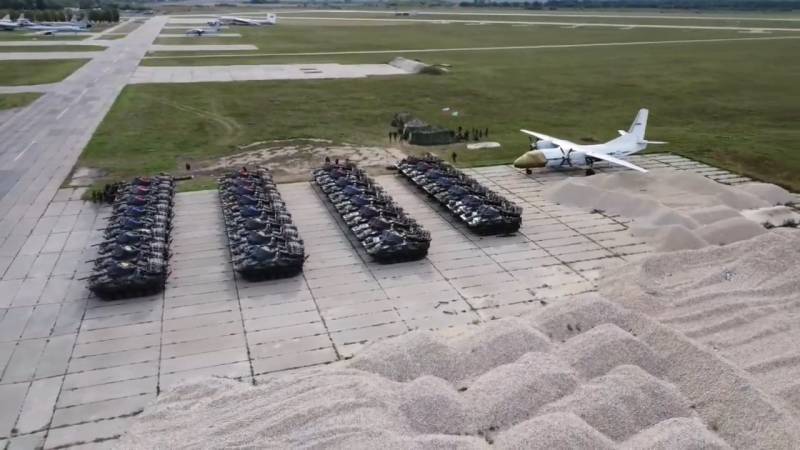 Preparation of BMD-4M for loading and landing
At the start of the exercise, the first in stories mass airborne assault using BMD-4M combat vehicles. 15 military transport aircraft Il-76MD took off from the Dyagilevo airfield (Ryazan region), on board of which there were more than 30 airborne armored vehicles, their crews and troops. The airborne battalion was dropped over the Zhitovo landing site. Soldiers and equipment successfully landed and began to solve a combat training mission.

On September 11, at the Brestsky training ground in Belarus, an equally interesting episode took place, also showing the modern capabilities of the Airborne Forces. In the dark, 90 reconnaissance paratroopers of the Russian Airborne Forces special forces landed at the training ground. They jumped from a height of 1,5 km using modern wing parachutes and night vision devices. Following them, 80 soldiers of the Belarusian and Kazakh armies landed in a given area. Together, the paratroopers of the three countries conducted reconnaissance and sabotage at the objects of the conditional enemy. 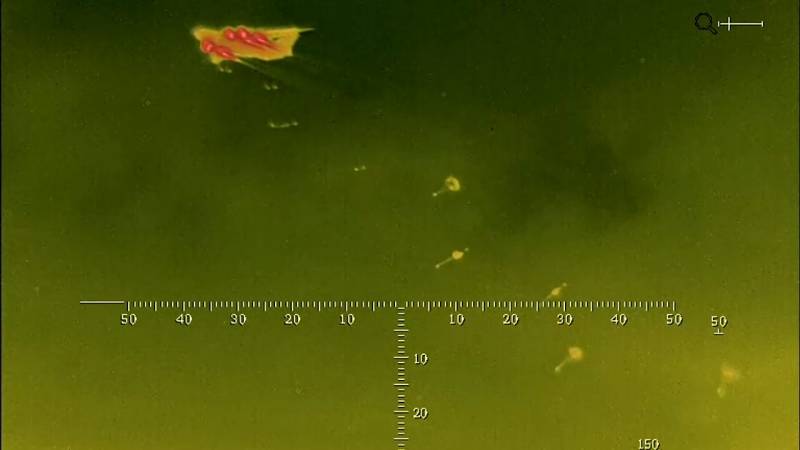 Landing of troops at night
On the same night, a similar episode took place at the Kislovo landing site (Pskov region). Aerial reconnaissance was carried out, after which artillery and aviation struck at the identified targets, preparing the landing site. Then 600 paratroopers with 9 units. technicians landed, captured the enemy's airfield and went to the nearest training ground to perform the following tasks.

Thus, already in the first days of the Zapad-2021 SSU, our Airborne Forces confirmed their skills in using modern armored vehicles and airborne equipment, and also showed the ability to operate in any difficult conditions. Accordingly, the enemy will have to wait for a blow in the rear even at night. 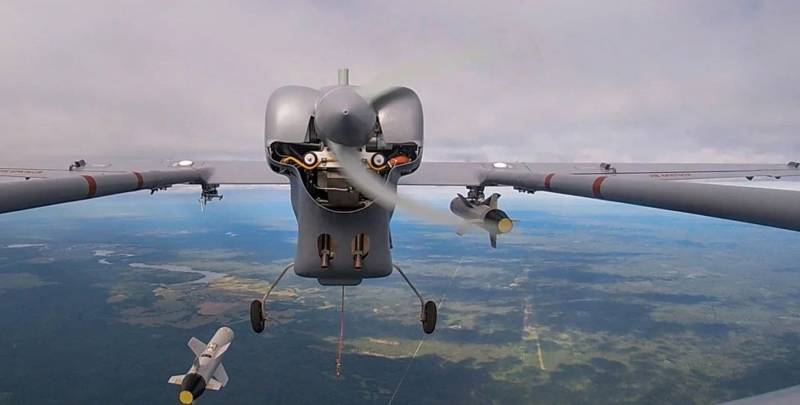 In recent teachings, the so-called. fire carousels. Such tactics have been known since the Great Patriotic War, and during the Syrian operation they were developed and confirmed their relevance. Within the framework of Zapad-2021, fire carousels are actively used by both ground forces and army aviation.

So, on September 12, an episode with the participation of 30 tanks and self-propelled gun mounts took place at the Luzhsky training ground (Leningrad region), which were entrusted with the fire defeat of a simulated enemy. They used modern tactics such as "reconnaissance tank", "nomadic tank" and "tank carousel". In the latter case, combat vehicles alternately moved to a firing position and fired at enemy positions. After the ammunition was used up, the tank retreated and gave way to another vehicle. 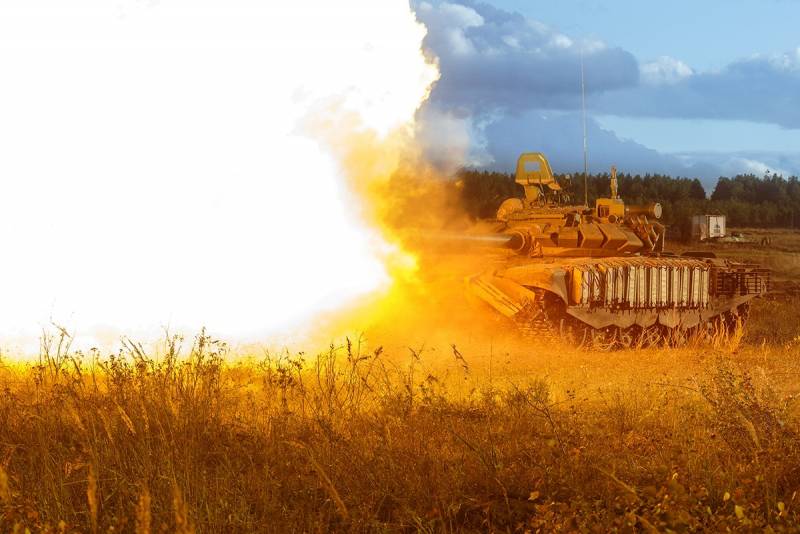 The technique called "helicopter carousel" was worked out with the use of Mi-24 and Mi-35 combat helicopters. In particular, it was shown to Belarusian colleagues at the Obuz-Lesnovsky training ground (Belarus). To cover the ground grouping, the helicopters lined up in a circle and alternately launched strikes using guided and unguided missile weapons, as well as barrel systems.

Practice shows that in the course of a modern conflict, there may be a need not for a powerful, but for a long-term fire effect on the enemy's defense. T.N. fire carousels provide the necessary indicators of damage and duration of exposure. Within the framework of West-2021, our army has shown both the potential of such techniques and its ability to use them competently.

The Zapad-2021 exercises are actively using the latest weapons and equipment. Some of them, already known to experts and the public, have demonstrated new capabilities for solving combat missions. It is curious that the main novelties relate to the unmanned direction. 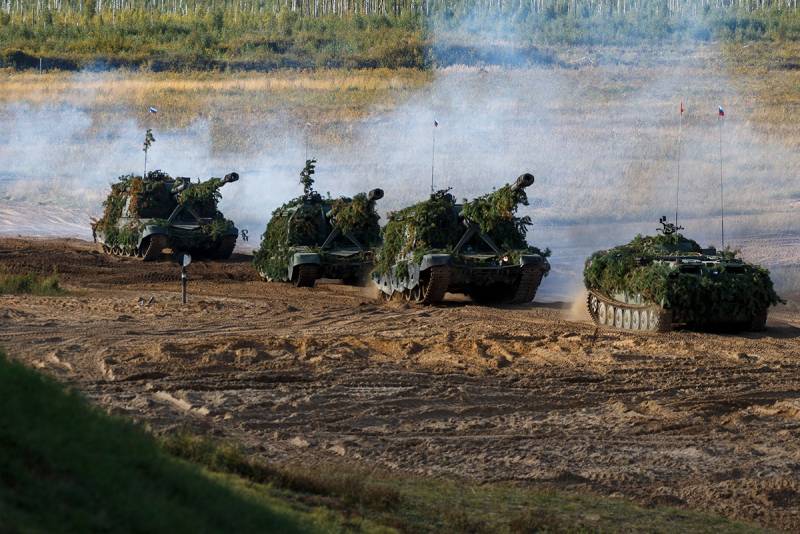 Since September 11, at the Mulino training ground (Nizhny Novgorod region), various robotic systems have been actively used along with the standard armored vehicles of the ground forces. In different episodes of the exercises, the vehicles "Platform-M", "Nerekhta" and "Uran-9" in an updated configuration take part. Working autonomously and with remote control, this technique carried out reconnaissance and fired at the enemy.

Currently, the Russian army is mastering the Forpost-R heavy UAV, a localized version of the imported vehicle. During Zapad-2021, this car showed new capabilities. On September 11, such a drone used light guided bombs against a ground target. 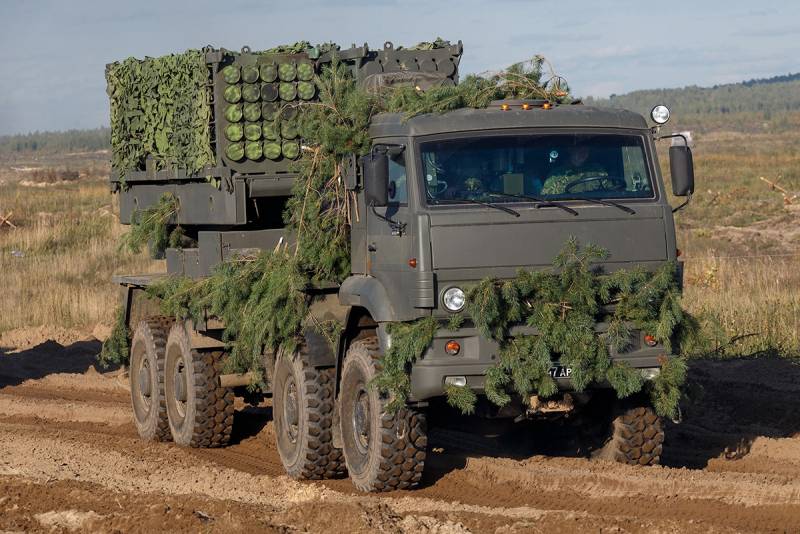 In parallel with the use of UAVs and RTKs, practical measures are being taken at different sites of the SSU to combat such equipment of a simulated enemy. Air defense crews and other units are learning to detect unmanned vehicles, counter them, suppress or destroy them.

Unmanned and robotic systems are of great importance for the modern army, and this direction is actively developing in our country. Systems of new classrooms are being created, which are then tested in exercises and in real operations. The Zapad-2021 training grounds have become another platform for testing modern RTKs and UAVs. It is obvious that the experience of these maneuvers will be used and will positively affect the development of technology in the future.

The main purpose of the joint strategic exercises "West-2021" is to work out the interaction of the armies of several countries in solving common problems. In addition, the skills and abilities of personnel, from privates to command, are tested. The effective implementation of such plans is facilitated by the scale of the maneuvers: approx. 200 thousand people, approx. 850 units equipment, 15 ships, etc .; training battles take place at 15 land and sea ranges. 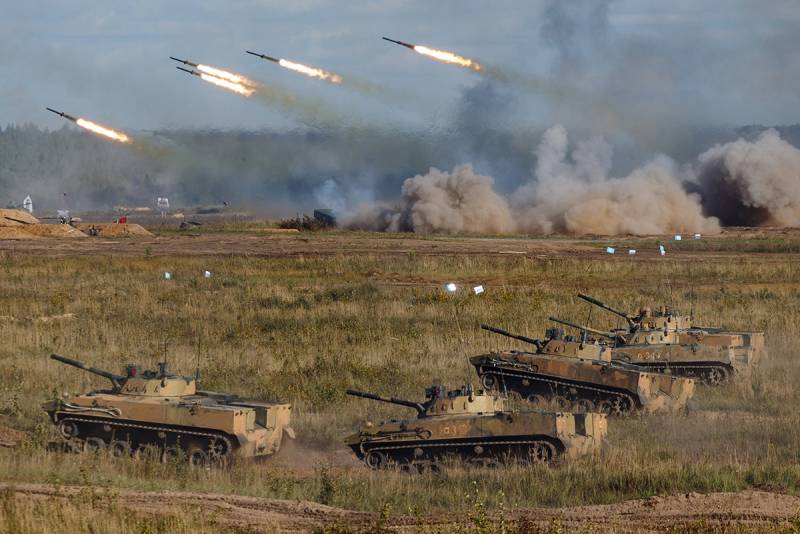 At the same time, international exercises turn out to be the most convenient platform for testing and improving already known or newly created tactical techniques. You can also test new models of equipment on them. New developments and tactics are tested in conditions as close as possible to combat, which has a positive effect on its results.

The results of the Zapad-2021 exercise will be analyzed for some time. Based on the results of this, the development of methods for improving tactics and technology will begin - and at the next major exercises they will again be tested in real conditions. What changes will be based on the results of the current maneuvers is unknown. But it is obvious that they are of particular importance not only for the processes of combat training, but also in the context of the further development of the army.

Ctrl Enter
Noticed oshЫbku Highlight text and press. Ctrl + Enter
We are
Early to write off the division in stockThe Ministry of Defense is starting to eliminate the Airborne Forces
Military Reviewin Yandex News
Military Reviewin Google News
35 comments
Information
Dear reader, to leave comments on the publication, you must sign in.