The state and prospects of the Bundeswehr artillery 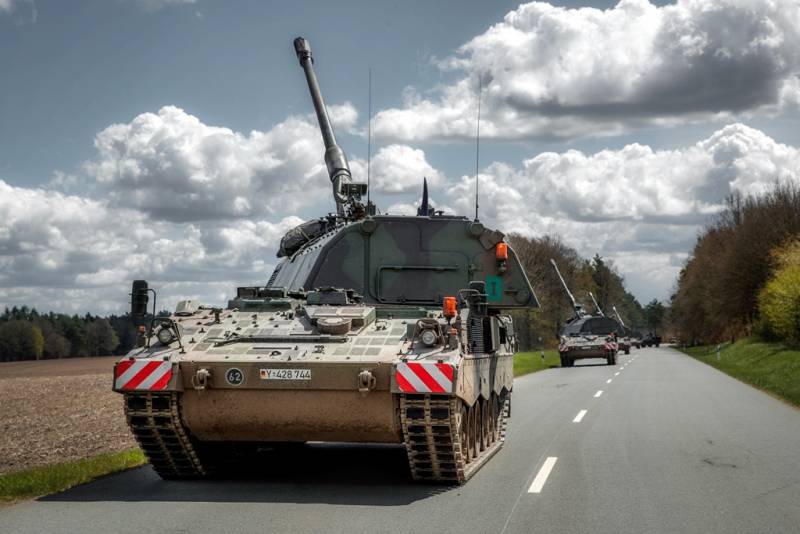 Germany is making extensive programs to modernize its armed forces. Artillery units will be renewed along with other components of the Bundeswehr in the coming years. It is proposed to abandon some outdated systems and adopt fundamentally new models. Due to such measures, it is planned to dramatically increase the number and combat effectiveness of artillery.

The artillery of the ground forces of the FRG is represented by several battalions that are part of larger formations. Each battalion includes several batteries of self-propelled howitzers and multiple launch rocket systems. There are several mortar units. Artillerymen also operate reconnaissance radars, UAVs, command posts and other necessary equipment. 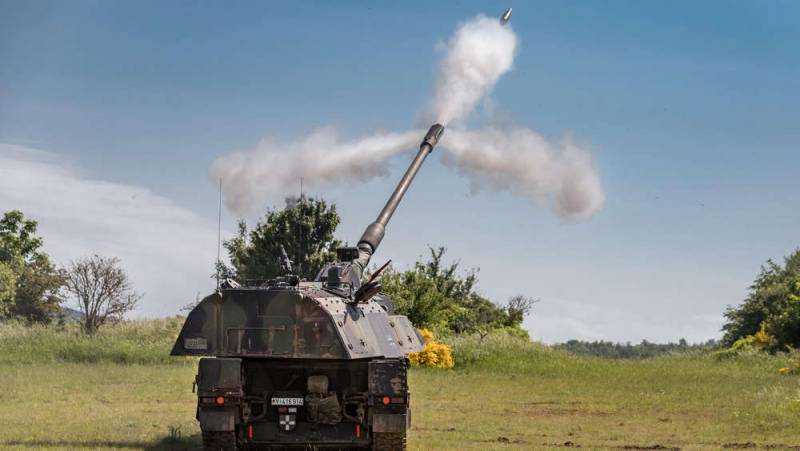 PzH 2000 fires. Bundeswehr Photos
According to reports, all four battalions have a total of 121 PzH 2000 self-propelled guns. The total number of M270 MLRS is 41 units. Mortars are represented only by Finnish-made 120-mm Tampella systems. 70 units are towed and used with automotive equipment. The remaining 30 are installed on the M113 armored personnel carrier.

Fewer vehicles are in combat readiness. Only 101 PzH 2000 self-propelled guns can be used in battle, and the "active" M270A1 fleet is 38 units. There are no exact data on mortars, but it can be assumed that some of this weapons also needs restoration.

The program for the modernization of the Bundeswehr's missile and artillery weapons has been developed for a long time, and some of its provisions are already known. So, in October last year, a conference was held, during which the command revealed the main ideas for future rearmament. Recently, a new event took place, at which the procurement department clarified the available information and added some details. 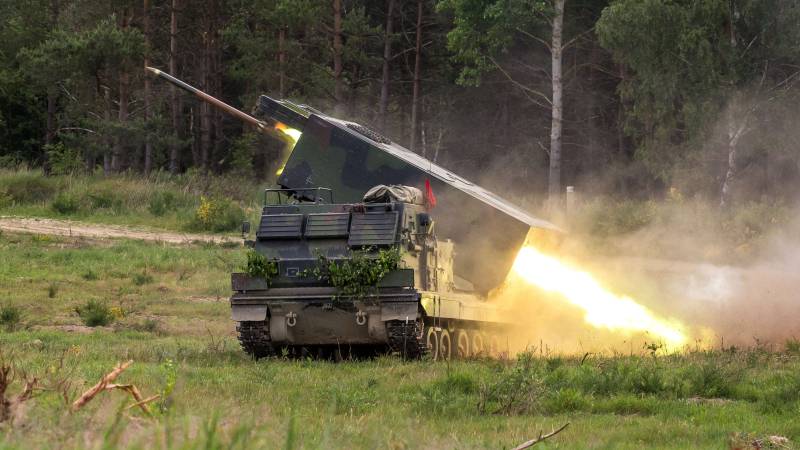 In peacetime, such a regiment will report directly to the division. When deployed, the regiment will be divided into battle groups, one of which will remain subordinate to the command of the division, and the rest will be distributed among its brigades. The regiment and combat groups of the new composition will provide greater flexibility in the use of artillery and fire support for tank and infantry brigades.

At the same time, to implement such plans, it may be necessary to seriously reorganize existing battalions or create new units of this kind. For example, the 325th artillery battalion alone cannot cope with the simultaneous support of one tank and two mechanized brigades of its 1st division. 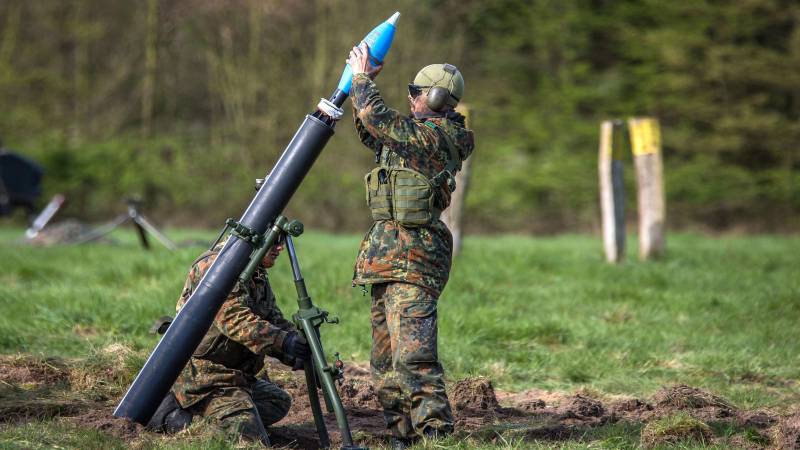 Tampella mortars have been in service since the late sixties and no longer meet modern requirements. In the foreseeable future, the Bundeswehr plans to completely get rid of such weapons and replace them with a new model. Currently, research work is underway to find such a replacement.

It is known that the German army wants to get a 120 mm mortar again, but the type of such a product has not yet been determined. In addition, the appearance of a self-propelled system of this kind remains unknown. Now several domestic and imported chassis are being considered, on which both the simplest mortar installation and a full-fledged tower can be mounted.

The timing of the completion of such work is unknown. Probably, the project will be prepared over the next few years, after which rearmament will begin. It was mentioned that about 100 new mortars would be purchased - for an equivalent replacement of the existing ones. 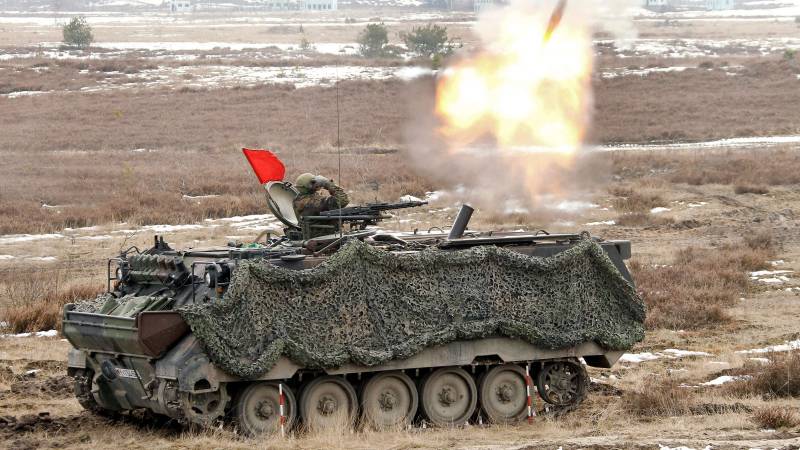 "Tampella" on the M113 chassis. Bundeswehr Photos
Self-propelled guns PzH 2000 will remain in service and carry out "middle-aged modernization." They will undergo a major overhaul with an extension of their service life. In addition, an update of the onboard equipment is proposed. The fire control system can receive devices for working with advanced guided projectiles. At the same time, the fundamental processing of the ACS is excluded.

MLRS M270A1 will undergo similar procedures. Their service life will be extended, as well as new devices will be installed, which will allow them to continue to operate for the foreseeable future. Later, MARS II systems are planned to be supplemented with other equipment. It is planned to purchase up to 30 launchers for wheeled MLRS. Activities for such a purchase will begin in a year or two. Most likely, the American M142 HIMARS systems will be purchased.

It is proposed to create a new model of equipment for the "battle groups" of artillery regiments. It will have to combine PzH 2000 or higher firepower and mobility like other modern models. The development of new artillery shots is not ruled out, which can significantly increase the range of fire. The needs of the army are estimated at 120 new self-propelled guns, which will be operated along with the existing ones. 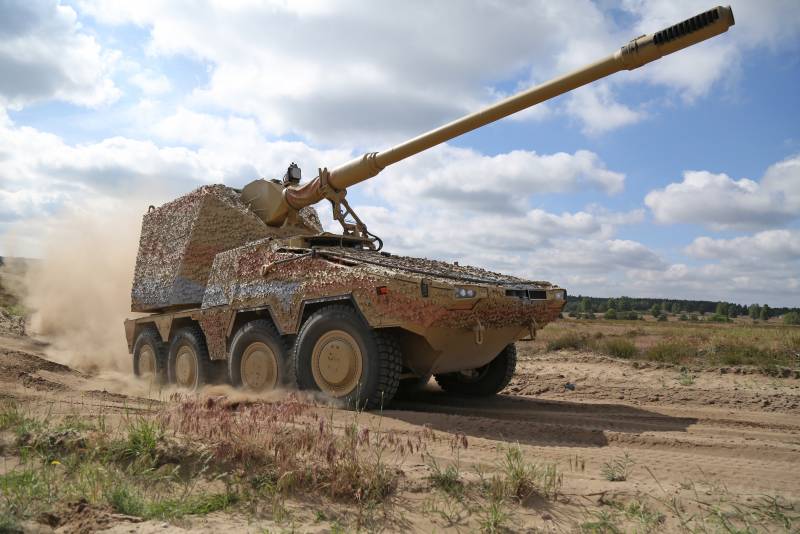 A prototype self-propelled gun RCH 155. Photo by KMW
The possibility of creating a new ACS has been discussed for several years, but so far there have been only isolated steps. In December last year, the Bundeswehr issued the document "Zukünftiges System Indirektes Feuer mittlerer Reichweite" ("A promising system for indirect fire at medium ranges"), which indicates the main requirements and wishes for the future ACS. There are about a hundred items with different priorities, from must-haves to desired ones. The main idea of ​​the document is to develop a new 155-mm self-propelled gun on a wheeled chassis.

An official feature request has not yet been released, but should appear in the near future. After that, several years will be spent on the competitive part of the program, the choice of the winner and the completion of the development. The timing of all these stages and the appearance of a new ACS will become known later, with the launch of the program.

It is curious that the leading German companies are already ready to start such a competition. So, the KMW company a few years ago presented a project of self-propelled guns on the Boxer chassis with an AGS fighting compartment equipped with a 155-mm howitzer cannon. Recently, Rheinmetall presented its version of a self-propelled wheeled vehicle. This vehicle was built on the new MAN HX3 chassis and received a turret with a gun borrowed from the PzH 2000. 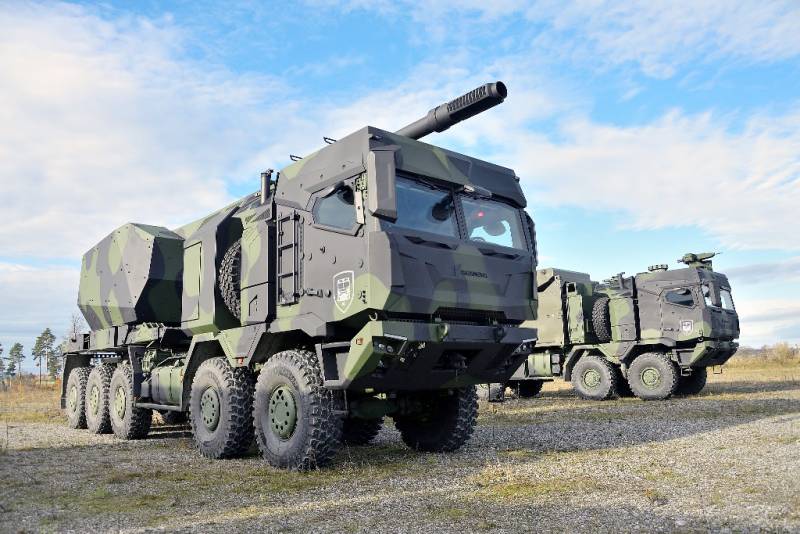 A promising wheeled self-propelled gun based on the MAN HX3 chassis. Photo by Rheinmetall
The possibility of creating a new artillery round with an increased firing range is being discussed. Due to modern technologies and solutions, this parameter can be increased to 70-100 km. However, such a project may not be approved due to the excessive development cost and single ammunition.

Thus, in the medium term, the Bundeswehr expects a significant increase in its missile and artillery potential. New subdivisions and units will be created, the existing equipment will be modernized, and the creation of new samples is planned. All this will provide both quantitative and qualitative growth.

The number of mortars will remain at the same level - however, most likely, all such weapons will be transferred to self-propelled platforms. The number of self-propelled artillery installations and multiple launch rocket systems will almost double, and this increase will be provided by samples of new types with understandable advantages.

The known plans of the German command look interesting and bold. However, for their implementation a lot of time is needed, appropriate funding and approval of the authorities are needed. Time will tell whether the Bundeswehr will manage to obtain the necessary permits and money, and then carry out all the desired work on time.