The great campaign of "Sevastopol" 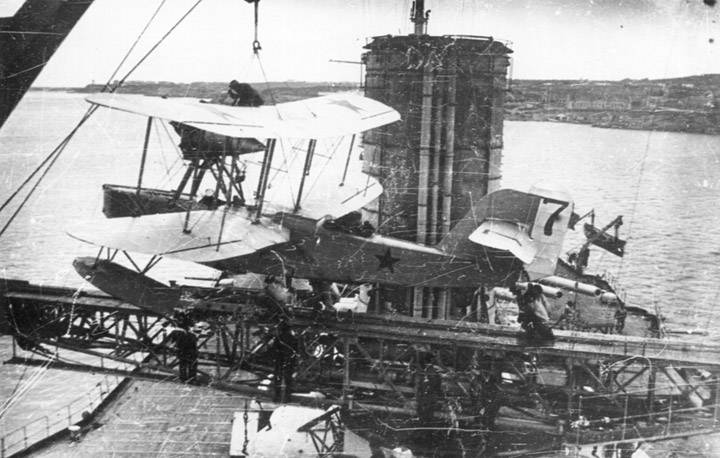 Disputes over the only completed series of Russian battleships have not subsided since the days of the tsarist. And they will not subside as long as in Russia, in principle, there is a fleet and its historians. This is understandable: seven battleships of the "Sevastopol" class (and "Empress Maria" - albeit improved and slightly modified, but the "Sevastopoli") are the only battleships built in Russia. "Nicholas I", also a ship of this type, but brought to mind - was never completed, "Izmail" - too, but in Soviet times ...


In Soviet times, both battleships and battle cruisers were built, as many as three series, but all three were not commissioned. The reasons are different, but the fact is the fact: it is "Sevastopoli" - these are our only certificates that we were a member of the club of great maritime powers. Moreover, they consisted twice - both in the fact of the presence and in the fact of the construction of these giants. This is prestigious, this achievement, without irony, not so many states were able to build battleships on their own, only seven, and we are not the last on this list, but ...

It is practice that is the criterion of truth, and seaworthiness is still the main quality of a ship of the line. The guns themselves and tabular data on speed / range are letters and numbers that have no place in real life. And our giants did not work out with distant passages. Of the three Black Sea battleships, one left the Black Sea - "General Alekseev", aka "Volia", aka "Emperor Alexander 3". And then: from the Black Sea, he went only to the Mediterranean, reached Bizerte, where he quietly rotted. He rotted not because he was bad, but because the French did not give it to us, hoping to pay off the loans, and we did not have the opportunity to pressure on this issue.

The famous shipbuilder, seeing again his ships (dreadnought and destroyers), the design of which was carried out with his active participation, did not deny himself the pleasure of giving the French sailors accompanying him a short lecture on their excellent combat qualities. Then the French were especially interested in the dreadnought ... The lecture was a success and probably played its role ... The Soviet mission failed for "political" reasons.
The legend that the French were scared is worthy of "Wikipedia", in 1924 this morally obsolete battleship, and besides requiring serious repairs, could have scared Romanians or Bulgarians, while the Turks had something like that - "Goeben", so they had nothing to fear. At best, they would have put it in order and modernized it only by the beginning of the 30s, which the government and Krylov clearly understood. And the amount of royal loans was such that it was possible to build several fleets of dreadnoughts from scratch with this money (22,5 billion gold francs), including the cost of building production chains.

Whatever it was, it cannot be called an ocean voyage, a transition in greenhouse conditions, nothing more, which did not demonstrate the real seaworthiness of the ship.

In the ocean "Sevastopol" came out only once, it is about the transition of the "Paris Commune" to the Black Sea, where fleet we didn’t, in the sense - at all. The pre-revolutionary Black Sea Fleet was partly lost, and partly was hijacked to Bizerte, the new fleet was built with a creak, or rather - almost never built, it was even necessary to raise the drowned in 1918 from the bottom and put into operation, if possible, that's it ...

So it was decided to conduct a great campaign - the transfer to the Black Sea from the Baltic of the battleship "Paris Commune" and the cruiser "Profintern". The task for the pre-revolutionary fleet, in general, is routine, annually Russian ships sailed to the Mediterranean, at one time a whole squadron was based there, and even before the First World campaigns of ships with midshipmen were quite commonplace. After the First World War and the Civil, the Russian fleet, of course, lost many and a lot, but, say, Frunze led a squadron to the Kiel Bay. And nothing, a routine operation.

But this transition did not turn out to be routine, rather - on the contrary, and the personalities of the sailors have nothing to do with it. The sailor commanded the battleship on the crossing just fine: 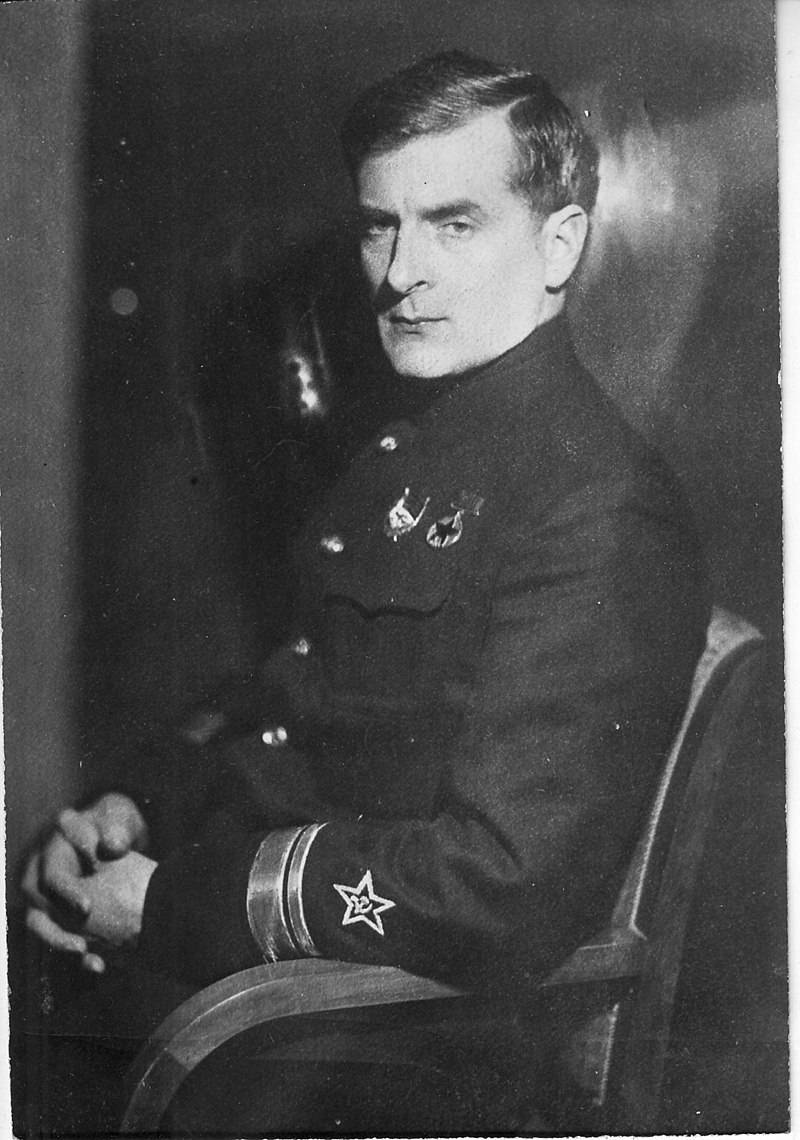 Konstantin Ivanovich Samoilov graduated from the midshipmen classes even before the revolution, fought in the Civil War, later - a scientific worker. He was not repressed, not convicted and did not receive a single reproach for the transition, which, even very mildly, can be called a failure. And the very practical detachment of the Baltic Sea Naval Forces was also led not by a commissar in a dusty helmet, but by a completely professional sailor - Lev Haller. Moreover, the transition was carefully prepared taking into account its, frankly, low driving characteristics:

“Designed under the strong influence of the artillery specialists of the Naval General Staff, our battleships were distinguished by a relatively low freeboard (height less than 3% of the ship's length), had practically no sheer and collapse of the frames in the bow and, in addition, had a trim trim on the bow. Therefore, at high speed, especially in fresh weather, significant masses of water fell on the tank, and the spray even reached the felling. "
To give the ship a relatively normal seaworthiness, it was decided:

"To carry out the collapse of the upper part of the side (with the help of attachments) and, perhaps, to continue the side in the bow up to the height of the rails."
The campaign was accompanied by bad secrecy - officially the ships went to the Mediterranean Sea in order to continue the training period, and from Naples to go ... to Murmansk. Which was later published in many works. The reason was that the Turks were completing the modernization of "Geben" and could create obstacles to the passage of our detachment. However, the problem was not politics and not the Turks, but the ocean, on which Sevastopoli were not intended to walk, from the word “absolutely”. Well, and the training of the teams, which after the experience of the country was, to put it mildly, low. First, the mechanics allowed the water to boil in the boilers, then the navigators screwed up:

“Assuming that we were being blown away by the tidal current, we took a course of 193 ° with the expectation to go to the Sandetti floating lighthouse by noon. But he found a solid fog, and at 11 hours 20 minutes. the commander of the detachment proposed to anchor. I remember that I was even angry, believing that I could walk calmly for another forty minutes. But the proposal turned into an order. "
And, if not for Haller's order, the battleship would have run aground, and then the Biscay began. The roll of the huge battleship into a storm, quite usual for those places, reached 29 degrees, the bulwark did not hold the ocean wave, and the ship took up to one hundred tons of water per hour. I had to go to Brest, especially since the "Profintern" plating in the area of ​​the boiler room was broken. By the way, apart from this accident, the cruiser behaved in the ocean much better than the battleship, it was built just for the open sea. It was stupid to sail on a non-seaworthy battleship in Biscay in early December, but Moscow was pushing ahead - the honor of the state and the fleet was at stake, the failure would be perceived as complete incompetence of the sailors and the inability to combat the fleet. On December 10, a storm destroyed the built-up bulwarks, and the ship was on the verge of death.

“I stood on the left wing of the navigating bridge, the detachment commander on the right. Suddenly he, embracing the gyrocompass pellorus, hung literally over me: the ship lay down completely on board and did not get up. It lasted for some seconds, but to me they seemed like an eternity! "
It was even possible to change course with difficulty - the battleship not only burrowed into the water, it lost controllability during a strong storm. Fortunately, we managed to go to Brest and get renovated. And only after repairs, taking advantage of the calm weather, reach Gibraltar. It was easier in the Mediterranean. And finally, on January 18, the detachment saw the coast of Crimea. There was an order from Muklevich:

“... today I had the opportunity with great satisfaction to report to the Revolutionary Military Council of the USSR that the personnel of the battleship Parizhskaya Kommuna and the cruiser Profintern, having shown high political, moral and physical qualities in the conditions of a long and difficult voyage and having overcome all the difficulties that stood on the way, fully justified the hopes placed on him and successfully completed the task assigned to him. "

But there was also a fact: the second time "Sevastopol" was released from the Baltic Sea only eight years later - the battleship "Marat" visited England. But in general ...

Despite the heroic descriptions in Soviet sources, it became clear to everyone that we had no battleships. There are three coastal defense battleships, suitable only in closed theaters and only in good weather. No wonder our battleships were not sent to the coast of Spain during the civil war there, there was nothing to send.

Well, the experience for the crews turned out to be rather dubious, although not useless.

After that, Sevastopoli was modernized, but in general ...

In general, practice has shown that the first pancake turned out to be a lump, and the weakening of seaworthiness in favor of artillery power turned ordinary battleships almost into floating batteries.

Ctrl Enter
Noticed oshЫbku Highlight text and press. Ctrl + Enter
We are
Why did the battleships really disappear?"Svetlana". History of creation
Military Reviewin Yandex News
Military Reviewin Google News
45 comments
Information
Dear reader, to leave comments on the publication, you must sign in.