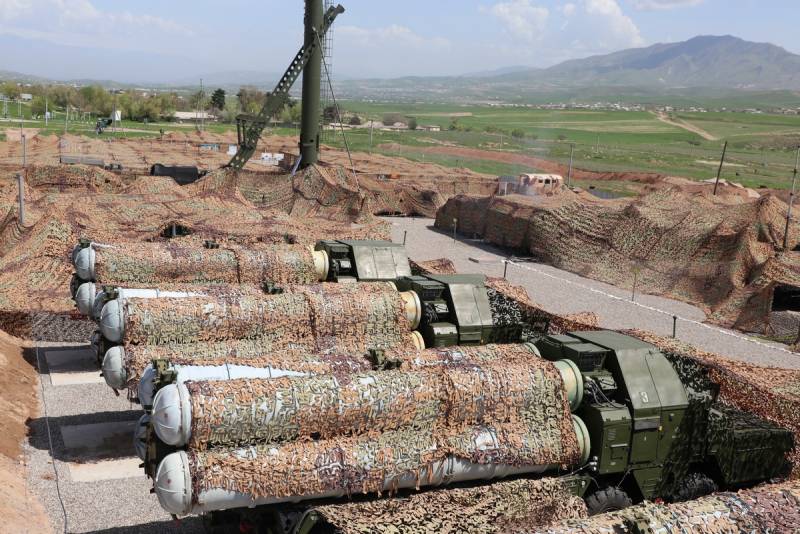 S-300PS launchers at the 201st base in Tajikistan

Russia and Tajikistan are planning to create a Joint Regional Air Defense System (ORS air defense). It is proposed to unite the air defense of the two countries through common control loops, which will have a positive effect on their potential and overall defense capability. The first organizational measures have already been taken, and practical steps are expected in the near future.

In February 1995, 10 member countries of the Commonwealth of Independent States agreed to create a Joint Air Defense System. Within the framework of this system, existing and new control loops were used, which ensured the exchange of data and coordinated management of all processes of protection of the CIS airspace.

Later, due to various political processes, the number of participants in the CIS Joint Air Defense was reduced to seven. At the same time, several regional defense systems were created: Russia organized them together with Belarus, Kazakhstan and Kyrgyzstan, as well as OPC with the countries of the Caucasus. Now we are talking about creating another air defense missile defense system in a new direction.

At the end of April, a meeting of the defense ministers of Russia and Tajikistan took place in Dushanbe. During this event, Russian Minister Sergei Shoigu revealed plans to create a new Russian-Tajik air defense ORS. With the help of such a system, it is proposed to "increase the reliability of the protection of the state border in the air." 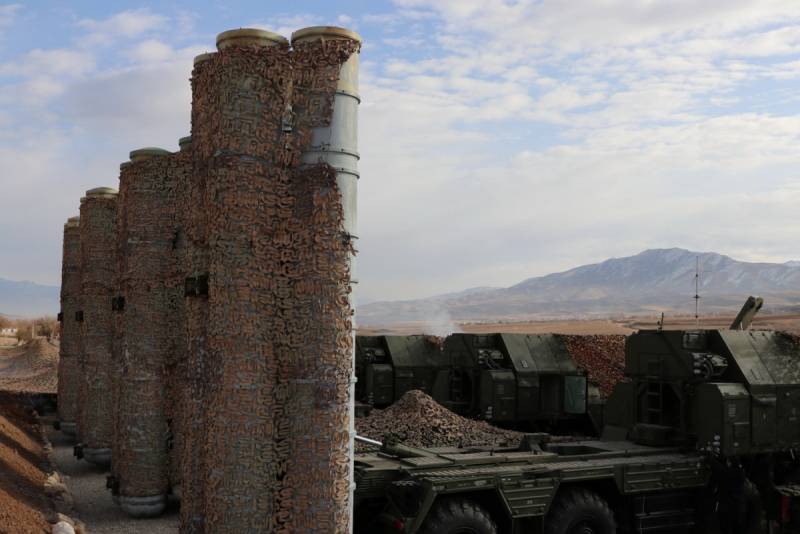 A draft agreement was prepared, which had to go through all the necessary procedures. The Ministry of Defense agreed it with the Ministry of Foreign Affairs and other structures, and then sent it to the government. On May 4, Prime Minister Mikhail Mishustin signed Decree No. 705, according to which the draft agreement was approved and the president was encouraged to sign it. The document was published on May 12.

Finally, on May 17, President Vladimir Putin issued an order for the signing of an agreement between Russia and Tajikistan. The Ministry of Defense and the Ministry of Foreign Affairs should negotiate with the official Dushanbe, determine all the provisions of cooperation and then sign a final agreement on the creation of a Joint Regional Air Defense System.

No new messages about the air defense missile system have been received yet. Apparently, the Ministry of Defense is now busy developing the final version of the draft agreement, and is also preparing for the latest negotiations with a foreign partner. These events will not take much time, and the document may be signed in the near future.

The approved text of the bilateral agreement, as well as the regulation on the air defense missile defense system, according to which it will be built and used, is attached to the decree of the government of Russia No. 705 of May 4, 2021. These documents reveal all the main features of the planned cooperation, methods of organizing joint defense, etc. 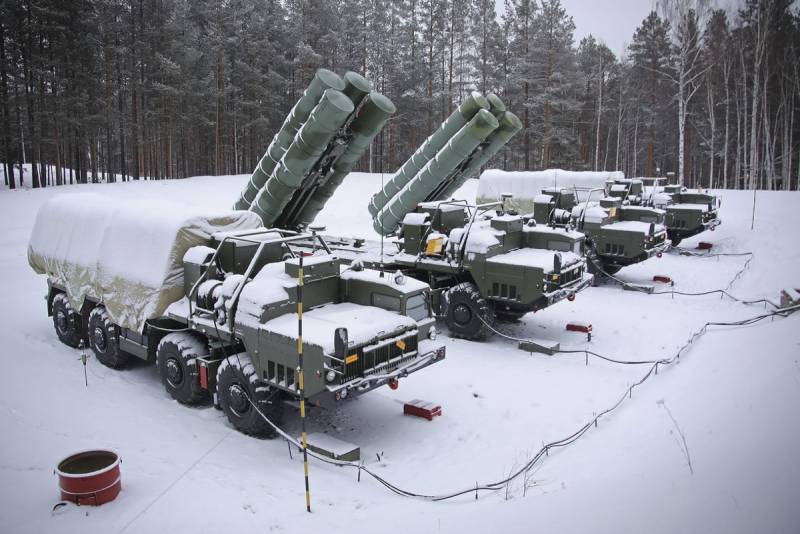 System S-400 one of the parts of the Central Military District
According to article 2 of the agreement, the purpose of the air defense missile defense system is to increase the efficiency of solving the problems of air defense in the Central Asian region. At the same time, the Russian-Tajik ORS will become a part of the United Air Defense Forces of the CIS. The activities of the new system will be carried out within the framework of the so-called. a separate area of ​​collective security.

Article 6 defines the governance arrangements. Coordination of joint air defense actions of the two countries is entrusted to the commander-in-chief of the Russian Aerospace Forces. The overall command of the forces and assets of the armies of Russia and Tajikistan employed in the air defense ORS will be carried out by the commander of the troops of the Central Military District of the Russian army. Management of joint actions within the boundaries of the collective security area will be carried out by the joint command post of the Air Force and Air Defense of the armed forces of Tajikistan.

In accordance with article 9, the parties to the agreement are obliged to maintain the combat readiness of their troops and forces. It is necessary to maintain the manning level, weapons and equipment at the required level, to carry out material and technical support, as well as to carry out deployment in the indicated territories.

The Russian side as part of the new air defense missile defense system will be represented by units of the air and missile defense forces. Anti-aircraft battalions and regiments are deployed in different parts of the country, including the Central Military District. In addition, since the end of 2019, its long-range air defense missile system has been deployed at the 201st Gatchina Order of Zhukov twice at the Red Banner Military Base. 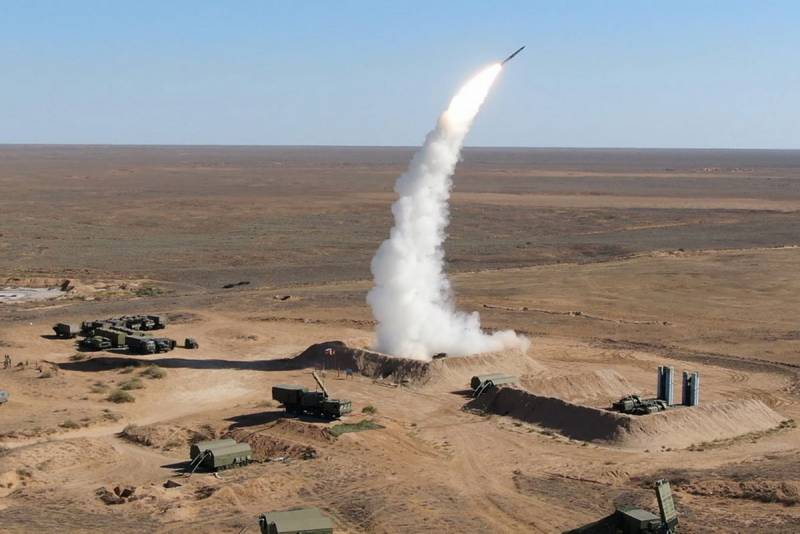 Shooting of the S-400 at the Kapustin Yar range
According to known data, air defense and missile defense units in the Central Military District have a wide range of radio equipment for monitoring the air situation and targeting fire weapons. The latter are represented by the S-400 and older S-300P systems. Coverage of anti-aircraft systems in the positions is carried out by missile-cannon "Pantsiri-C1". A number of anti-aircraft weapons are deployed at the 201st base. These are the S-300PS division of the air defense facility, as well as the Osa, Strela-10 and Shilka military systems.

The air defense of the armed forces of Tajikistan is not distinguished by its large size, novelty and high performance. The S-75 and S-125 air defense systems, as well as various artillery systems still of Soviet production, are still in service. Radio engineering units also use outdated equipment with limited characteristics.

Thus, the main work in the joint air defense will fall on the Russian units, which are advantageously distinguished by a larger number, better equipment and training. Perhaps the countries will agree on the transfer of any material part, which will increase the potential and role of Tajikistan's anti-aircraft gunners.

It is obvious that Tajikistan is mainly interested in creating an air defense missile defense system. Its armed forces have both quantitative and qualitative problems. At the same time, the country borders on Afghanistan, which leads to certain risks. In such a situation, any foreign military assistance is useful and important. For example, the Russian 201st base is almost superior to the Tajik army in terms of equipment and combat effectiveness and makes a decisive contribution to national security. 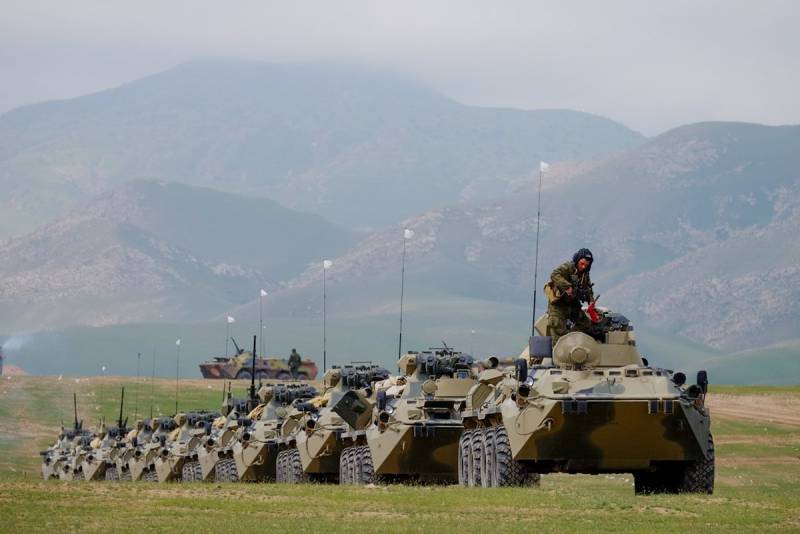 Russian motorized rifles at the 201st base exercises
Perhaps Tajikistan will receive material assistance in the form of weapons and equipment to re-equip its air defense system. In this case, one can expect both the transfer of products from the presence of the Russian army, and the manufacture of the necessary products specifically for such supplies. In both situations, the Russian industry can count on getting lucrative orders.

The creation of an air defense missile defense system is beneficial for Russia in terms of strategy. First of all, there is an opportunity to strengthen the network of radar and electronic intelligence in Central Asia. It will involve both our forces and the means of Tajikistan. In addition, it becomes possible to move the combat positions of the air defense to a great distance from the state border of Russia - and at the same time the zone of destruction of air targets.

It should be recalled that the typical threats to the region associated with Afghan terrorism are land-based. To combat them, developed ground forces and a shock aviation - but not air defense. Nevertheless, strengthening the air defense on the southern borders of the country and beyond will not be superfluous.

About the benefits of partnership

Since the mid-nineties, the CIS Joint Air Defense System with the leading participation of the Russian army has existed and has been operating. Strengthened regional systems with enhanced capabilities have been created on the basis of some of its sections. In the near future, another Joint Regional System will appear, including the air defense of the two countries.

Thus, Russia retains around itself a number of friendly states and seeks to develop economic and military cooperation with them. In particular, measures are being taken to ensure collective security to counter common threats - with great benefits for all parties. And this clearly shows foreign states why Russia is a reliable and important partner with whom one should maintain friendly relations and with whom one should not conflict.

Ctrl Enter
Noticed oshЫbku Highlight text and press. Ctrl + Enter
We are
The basis of the ground segment of the air defense of the Russian Federation in the 1990s. SAM S-300PT, S-300PS and S-300PMState of the air defense system of the countries - parties to the Treaty on Collective Security (part of 2)
Military Reviewin Yandex News
Military Reviewin Google News
16 comments
Information
Dear reader, to leave comments on the publication, you must sign in.