Without "Raptors" and B-2: which aircraft will leave the United States Air Force 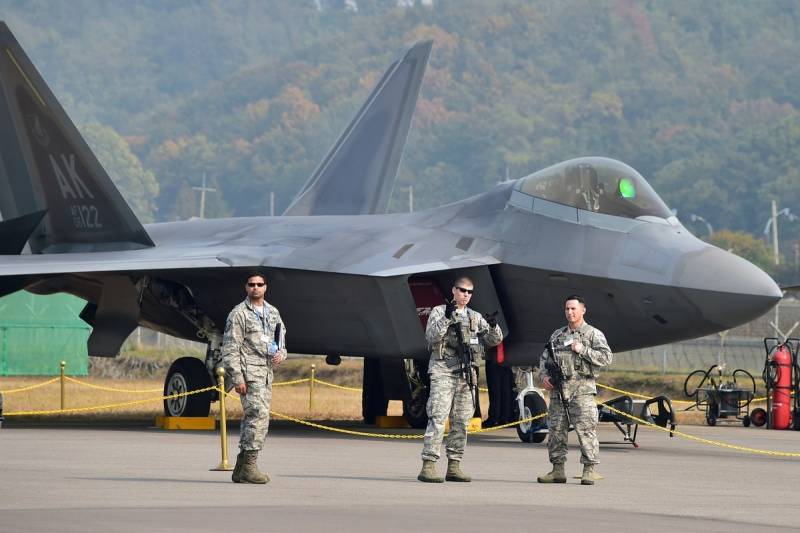 The United States has entered a new century with a gigantic aerial fleet, designed to solve the tasks set back during the Cold War. However, the new time dictates different rules. New inconspicuous combat aircraft appeared, the role of UAVs and new aviation weapons such as GBU-39 Small Diameter Bomb. Have gone to history "Classic" close air combat (at least we can see it in the last decades), low-altitude breakthrough, as well as a number of vehicles with a narrow specialization. All these changes require new solutions, which, in turn, force people to spend more in some areas and save a lot on others.

Americans are no stranger to surprising the world with military innovations. However, the recent news did not leave indifferent even sophisticated observers. On May 12, Defense One wrote about new plans for reforming the Air Force. According to Air Force Chief of Staff, General Charles Brown, the US Air Force wants to reduce the number of its fighter types to four.

“I intend to reduce their number to four. It is important to understand to what extent the combination of aircraft will be correct. The F-22 will be replaced by the Next Generation Air Dominance (NGAD) fighter, which will fly alongside the F-35. F-15EX and F-16 will be in service ",
- said Charles Brown. 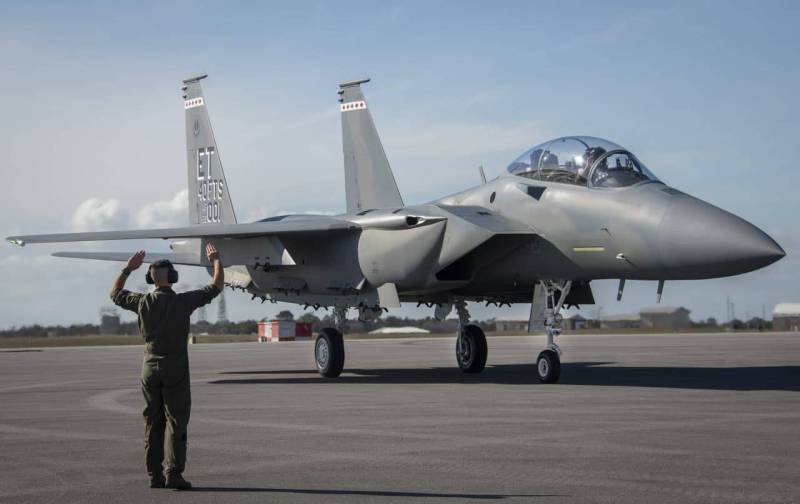 In general, the abundance of F-15s on the list should not be embarrassing: they are all actually different machines. The F-15C / D are old-fashioned "clean" fighters. In contrast, the F-15E Strike Eagle are attack aircraft, which are closer to the front-line Su-34 bomber than to the "conventional" fighter. In turn, the F-15EX is a newly built vehicle with an advanced active phased antenna array (AFAR) radar and capable of carrying a record arsenal of air-to-air missiles: up to 22 strike capabilities, including a hypersonic weapon system). 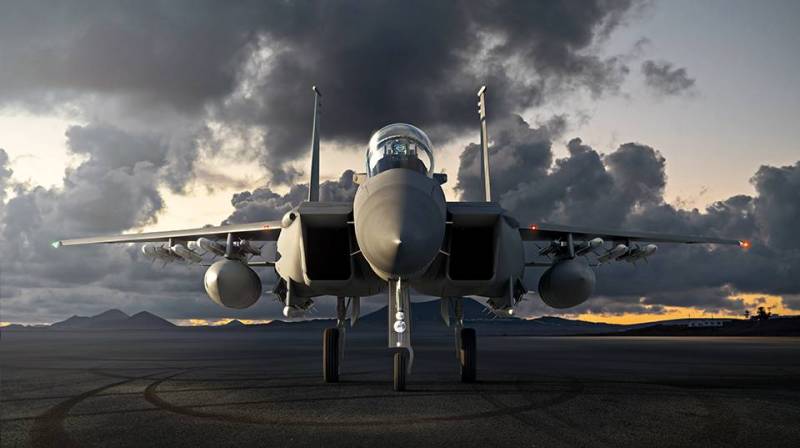 The first Eagle II was received by the Air Force in March of this year. In total, the US Department of Defense may receive about 200 new aircraft, which will make the F-15EX one of the main fighters in the United States arsenal.

What is planned in the bottom line?

According to new data, the remaining four types will be the F-15EX, F-35, F-16 and the "mysterious" Next Generation Air Dominance (NGAD), a promising sixth generation fighter. It is not yet known what exactly the new car will be, but analysts believe that we can talk about an optionally piloted stealth aircraft, conceptually similar to the F-22 Raptor.

The abandonment of the F-22 itself, even if in the distant future, has already met with a flurry of criticism. This is not surprising, because the aircraft is relatively young, and the cost of the program for its development was $ 60 billion, which is comparable to the program for the development of the super-expensive F-35 (this is without taking into account the construction of serial machines and the cost of operation, of course).

What is the problem?

It must be said that the Raptor has always been haunted by difficulties. As follows from data published by the American newspaper Air Force Times for 2018, the level of technical health of the F-22 fleet was approximately 51%. For comparison: the F-15E is 71%, the F-16 was about 66-70%. The “problem” CV-22B tiltrotor had a readiness rate of 59%, while the B-1B strategic bomber, which was not very popular with pilots, had almost 52%. 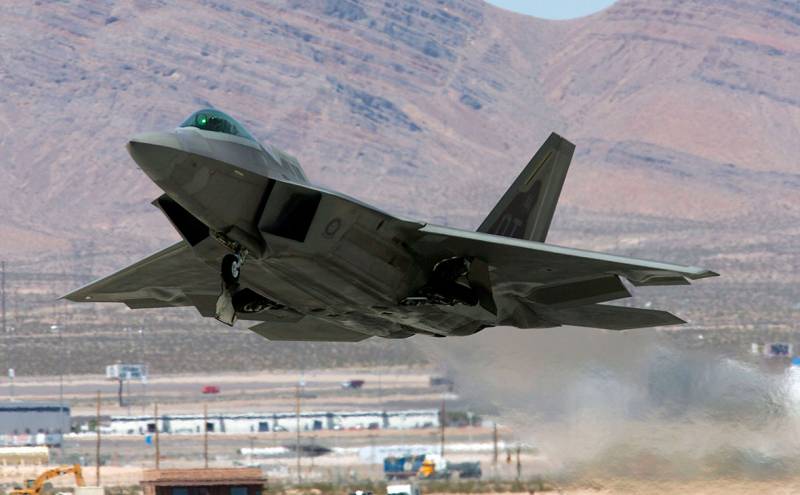 As you can see, "Raptor" in this sense looked like an outsider, even against the background of not the most efficient machines. At the same time, the maintenance of the F-22 is almost twice as expensive as maintaining the flight condition of the F-35, and its strike capabilities are rather modest by American standards, which does not allow the fighter to be called "multifunctional" in the full sense of the word.

The A-10 traditionally stands apart in the plans of the US Air Force - a machine that has long wanted to be abandoned in favor of the F-35, but which can outlive, if not it, then at least the F-22 Raptor. There is no alternative to "Warthog" (the nickname of the aircraft), and the benefits of such a complex are undeniable, which is confirmed by the recent conflicts with his participation. Nevertheless, the number of A-10 attack aircraft will be reduced: from 281 aircraft to 218.

No less interesting in this respect will be the plans of the Americans regarding strategic aviation. The United States has de facto made it clear that the newest of the existing "strategists" - B-1B and B-2 - may come to naught in the foreseeable future.

Back in 2018, the publication Aviation Week announced information according to which the US Air Force was preparing to begin the conservation of the B-2 in order to free up funds to support the B-21 program, a new strategic stealth bomber. 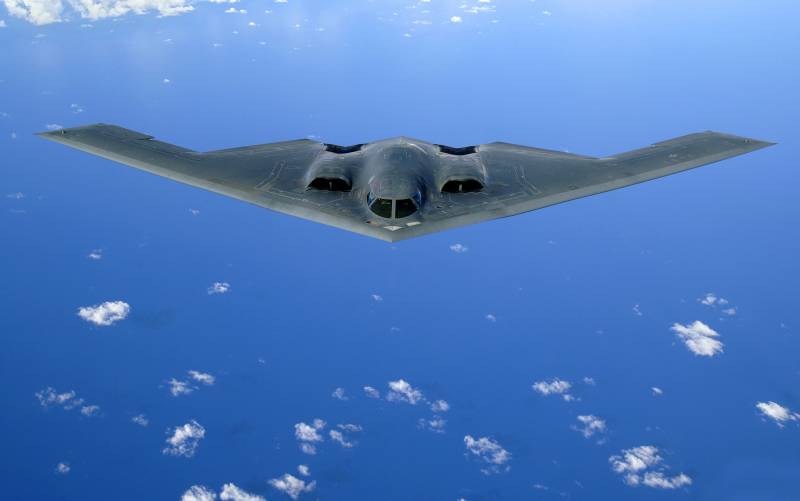 The possible abandonment of the B-2, at first glance, looks no less paradoxical than the decommissioning of the F-22. But in fact, the planes have a lot in common: both began to create during the confrontation with the USSR, both turned out to be too expensive and redundant for solving current problems, and both were built in a relatively small series.

The Americans will decommission the B-1B bomber gradually. Earlier it became known that the US Air Force is preparing to reduce the B-1B fleet to 45 aircraft: Congress allowed 17 aircraft to be written off.

“We have been working on decommissioning old bombers for a long time to make way for the B-21 Raider,”
General Tim Ray, Commander-in-Chief of the US Air Force Global Strikes Command, said. 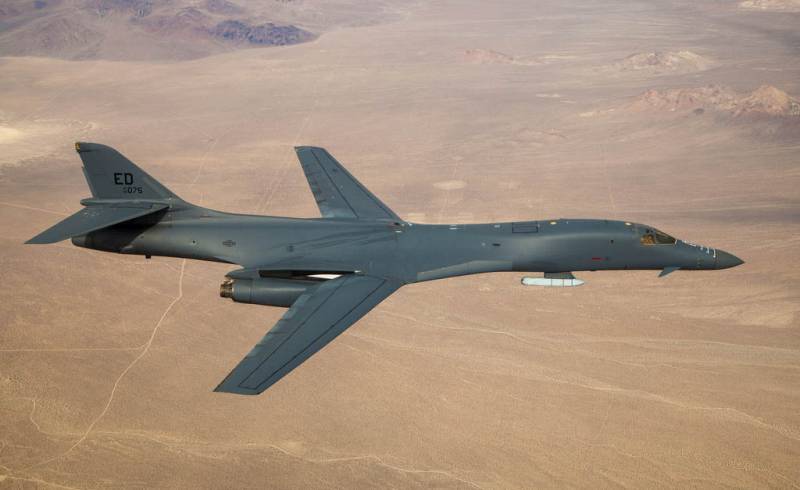 There are at least two reasons for abandoning the B-1B. First, the high maintenance cost of the machine. Secondly, the relatively low level of combat readiness. At the same time, the famous Boeing B-52 Stratofortress, which made its first flight in 1952, has every chance of celebrating its centenary in service. According to data from open sources, the Americans now have 70 of these aircraft. In the near future, they will face another modernization. 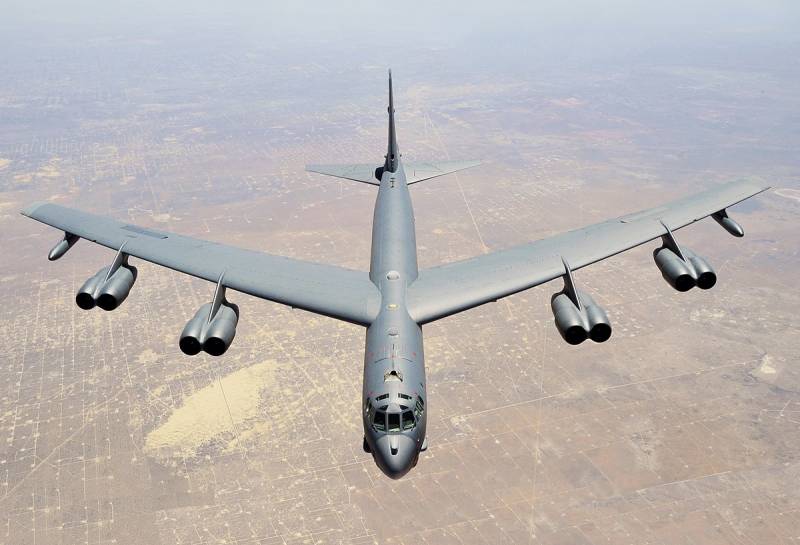 Simply put, the number of types of "strategists" in the US Air Force's arsenal in the future will be reduced to two: the Air Force will operate the B-52 and the new strategic bomber Northrop Grumman B-21 Raider, which is yet to make its maiden flight in the coming years.

In general, the manned combat strength of the US Air Force in the 2030s and 2040s looks something like this:

In the 2030s, a new "budget" fighter is also expected - the conditional successor to the F-16. However, a fundamental decision on it has not yet been made. UAVs deserve separate consideration. As well as a fleet of auxiliary vehicles, including electronic warfare aircraft, training aircraft and tanker aircraft. Perhaps we will talk about them in the following materials.

Ctrl Enter
Noticed oshЫbku Highlight text and press. Ctrl + Enter
We are
An-12 in AfghanistanFulcrum (MiG-29) vs Hornet
Military Reviewin Yandex News
Military Reviewin Google News
91 comment
Information
Dear reader, to leave comments on the publication, you must sign in.