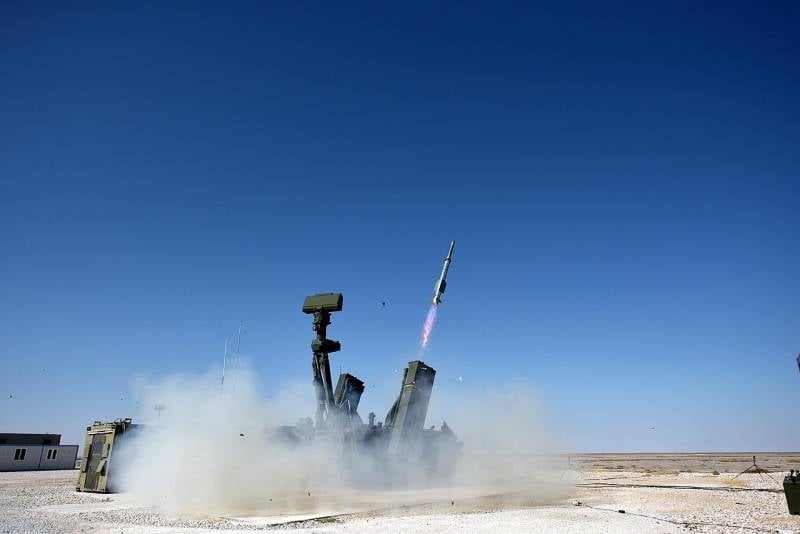 Test launch of the HISAR-A complex, 2019

Today, the basis of the Turkish air defense system is made up of American-made complexes. First of all, these are the venerable MIM-14 Nike-Hercules and MIM-23 Hawk complexes. The first models of these complexes were put into service at the turn of the late 50s - early 60s. Also in the arsenal of the Turkish army there are British Rapier short-range complexes.

The most modern, powerful and perfect air defense system in Turkey is the Russian S-400 system, the purchase of which by a NATO country turned into a real scandal and the ensuing sanctions from Washington. The desire to reliably protect its skies turned out for Ankara to lose the contract for the fifth generation F-35 fighter-bombers.

At the same time, Turkey is actively working on the development of its own military-industrial complex. The Turkish military-industrial complex is already demonstrating success in the field of creating an unmanned aviation, wheeled armored vehicles, smart ammunition. Turkey is also creating its own anti-aircraft missile systems. As part of the ambitious HISAR project, the Turkish military expects to receive a full-fledged line of short, medium and long-range air defense systems.

Work in this direction is easy to explain. Turkey is facing the task of rearming its own air defense forces from the American MIM-14 Nike-Hercules and MIM-23 Hawk complexes to models that meet the challenges of today. At the same time, the country is trying to develop its own weapons systems so as not to depend on foreign policy risks.

What is known about the HISAR program

The HISAR program (translated as "fortress") began in 2007, when the country's Ministry of Defense Industry sent official requests to national and international companies for the supply of small and medium-range air defense systems. 18 companies responded to this request, while in 2015 the Turkish company Aselsan was finally given preference, which was chosen as the general contractor for the work. Today, this company occupies a leading position in the Turkish defense industry.

Diagram of the deployed battery of the HISAR-B air defense missile system
Another well-known Turkish company, Roketsan, is responsible for the development of anti-aircraft guided missiles for the complex, whose main specialization is the design, development and production of missiles of various types and purposes. The company has been on the market since 1988. Like Aselsan, this firm has accumulated quite a lot of experience in its field of research.

At the same time, the first missile tests of the HISAR-A short-range complex began in 2013, and the Hisar-O medium-range complex in 2014. Tests of the latter complex continue today. So, at the beginning of March 2021, the media published news about the next successful tests of the Hisar-O complex. It is reported that the complex has successfully passed the next tests, destroying the air target on the first try. In particular, the Turkish edition of the Daily Sabah wrote about this.

It is known that at least 314,9 million euros were allocated for the development program of the HISAR-A complex, and another 241,4 million euros for the development of the Hisar-O complex. On October 12, 2019, the HISAR-A complex passed all stages of testing. And was recommended by the Turkish Ministry of Defense for serial production, which began in 2020.

Also within the framework of the HISAR program, it is envisaged to create a long-range complex under the designation HISAR-U, which was later renamed Siper. The development of this project is obviously going harder than others. At the same time, the declared range of its missiles should exceed 100 km.

The developers of the Turkish HISAR air defense system say that the system is able to hit all types of modern air targets from helicopters and aircraft to cruise missiles and enemy unmanned aerial vehicles. The defeat of air targets is provided around the clock in all weather conditions. The complexes are able to hit targets at low and medium altitudes and ranges, providing zonal or point air defense, including air defense of important objects. 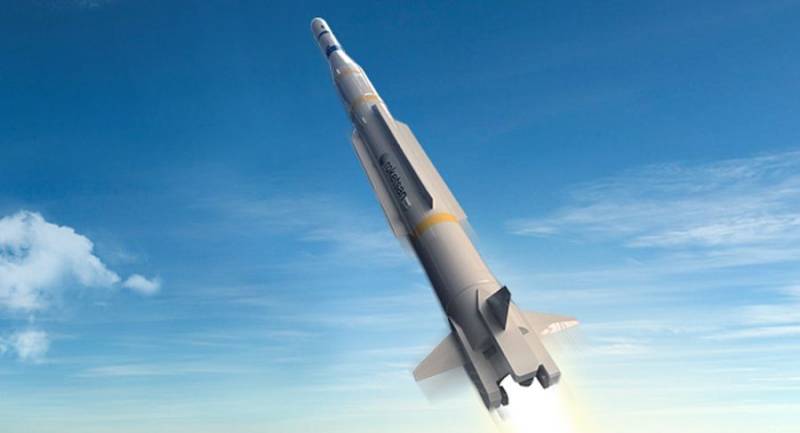 Anti-aircraft guided missile complex HISAR
Complexes HISAR-A and HISAR-B can be used for operational purposes to cover places of concentration and deployment of troops, to protect military bases and seaports, as well as strategic industrial and infrastructure facilities.

A distinctive feature of the entire HISAR project is the modularity of the design and the ability to use various chassis: wheeled and tracked.

The Krepost air defense systems, in addition to the launchers and missiles themselves, include command posts, as well as vehicles with radars. From the information disclosed by Roketsan, it is known that the HISAR anti-aircraft missiles have vertical launch capabilities, shock and proximity fuses, a thrust vector control system, and two-stage rocket engines.

On the marching section of the trajectory, a radio command guidance system for targeting the missile defense system is used, in the final section - an infrared guidance system. The missiles are unified as much as possible and have a single warhead and fuses, as well as solid-propellant rocket engines of the same type.

HISAR missiles are equipped with a high-explosive fragmentation warhead. HISAR-A missiles provide effective destruction of air targets at a distance of up to 15 kilometers, the HISAR-B complex - up to 25 kilometers. At the same time, the HISAR-A complexes are available in a completely autonomous version, when the launcher, the fire control command post and the three-dimensional target search radar are located on the same chassis. 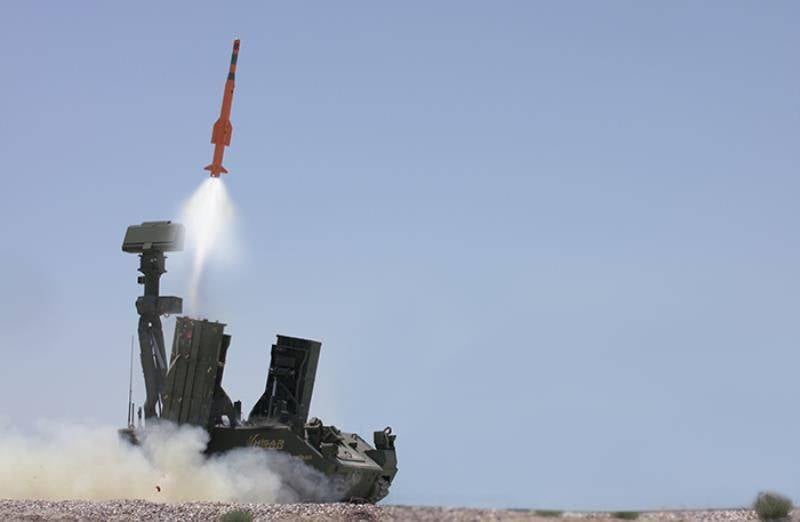 Test launch from a complex based on the FNSS ACV-30 chassis
For example, they can be placed on the Turkish-designed FNSS ACV-30 armored tracked chassis. This combat vehicle can provide the complex with a speed of up to 65 km / h on the highway, as well as the ability to overcome inclines with a slope of 60% and the ability to move sideways on a slope with a steepness of 30%.

According to the Turkish company Roketsan, the missiles of the HISAR-A complex are capable of effectively hitting all types of air targets at a distance of up to 15 km and at altitudes up to 5 km. The detection and tracking range of a fighter-type air target is 25 km for this complex. Moreover, each HISAR-A SAM launcher carries at least 4 missiles ready to fire.

The capabilities of the HISAR-B complex look more preferable. The complex allows you to hit air targets at a distance of up to 25 km and at an altitude of up to 10 km. In terms of target engagement range, the complex surpasses modern export versions of the Russian Tor-M2 short-range air defense systems of the divisional link.

There are 18 ready-to-fire missiles in the battery, and 54 in the battalion (6 each on a launcher on an all-terrain wheeled chassis). The detection and tracking range of a fighter-type target for the HISAR-B air defense system is 40-60 km, the number of simultaneously tracked targets is more than 60. 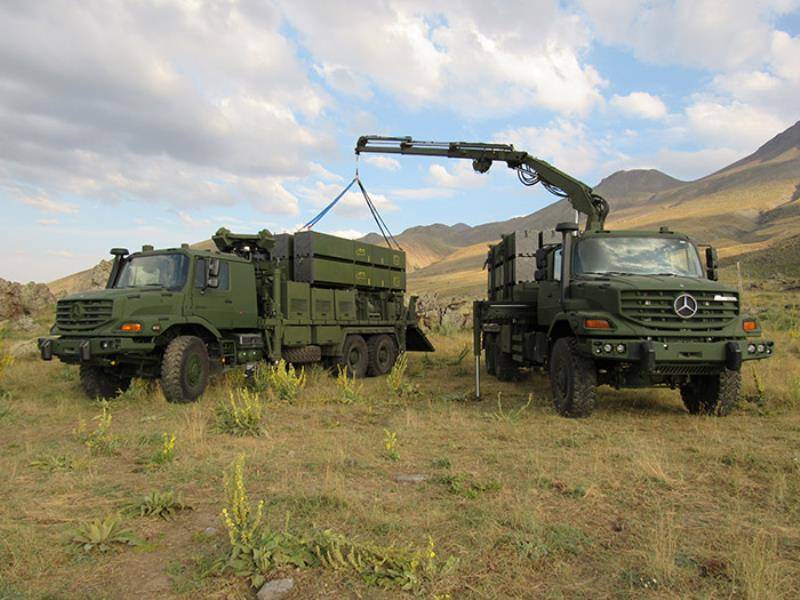 Launcher and TPM complex HISAR-B
Installations of the HISAR-B complex are able to operate as part of batteries from three launchers or as part of a division - from three batteries. As a base for the launcher, the Turkish military chose the chassis of the Mercedes-Benz 2733 truck, which has a 6x6 wheel arrangement. The transport-loading vehicle of the HISAR-B complex was also built on the same wheelbase. Each of the vehicles carries 6 loaded containers of missiles.

It was originally planned that the tests of the HISAR-B complexes should be fully completed by 2018. However, from the latest news from Turkish publications, it is clear that test launches are still continuing. So far, nothing is known about the launch of medium-range air defense systems in mass production.

At the same time, there is almost no information about the HISAR-U (Siper) complex. It is only known that it will most likely be based on the chassis of the MAN Türkiye 8x8 truck and will be able to hit air targets in the range from 30 to 100+ km.