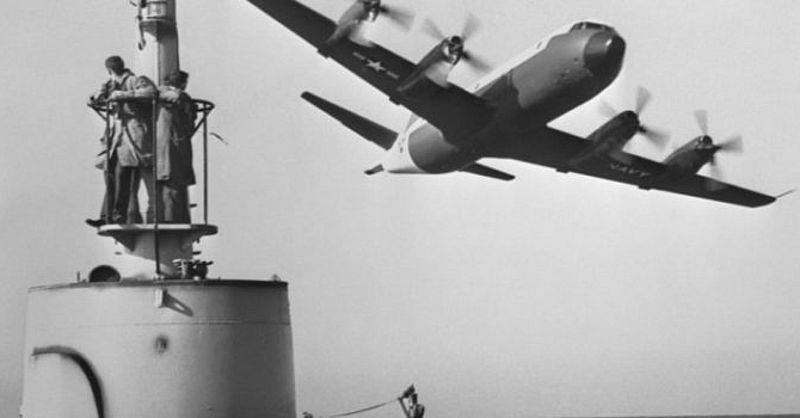 In the early 1960s, at the height of the Cold War and amid the unfolding Cuban missile crisis, NATO sailors were increasingly worried about Soviet submarines. The number of these boats was quite large, so a variety of options were considered as means of dealing with them. Even at first glance, they are absolutely strange and stupid. It was these ideas that included the use of special magnets that would mark boats.


At the same time, some crazy, at first glance, ideas really took off. For example, the hydroacoustic system of anti-submarine surveillance proposed in those years, which was a gigantic network of bottom microphones located in the water column. These microphones had to patiently listen to the ocean and the conversations of marine life, waiting for the appearance of Soviet submarines. This system works and is still in use.

To a less elegant and even stranger version, which has come down to us more in the form of anecdotes, include the idea of ​​dropping special "flexible magnets" from aircraft, which were to be attached to the hull of Soviet submarines, making them more "noisy", and therefore less secretive.

In the American edition of The National Interest, back in September 2019, an article was published about this unusual weapons... All material was based on information from the book "Hunter Killers", which was written by naval writer Ian Balantine.

How did the idea for the battle magnets come about?

After the end of World War II, the world quickly plunged into the Cold War. For obvious reasons, the USSR could not count on a serious superiority of the surface fleet... The main stake was placed on submarine warfare and numerous submarines.

The Soviet industry in a short time mastered the production of hundreds of submarines that were quite good and perfect at that time, which posed a real threat to the fleets of NATO countries and their sea transport communications. 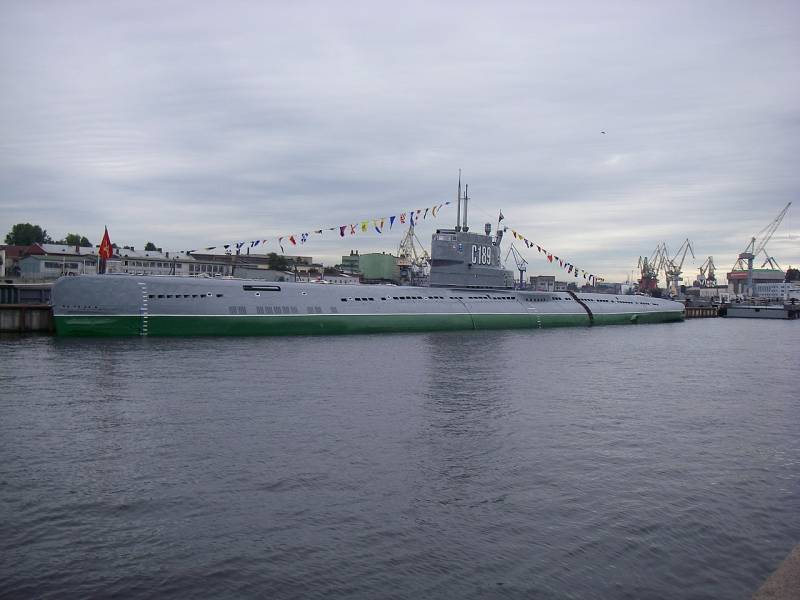 Submarine S-189 project 613
In many respects, the rapid development of Soviet shipbuilding was facilitated by rich German trophies. The technology that fell into the hands of Soviet engineers after World War II was thoroughly studied and comprehended. By the time the Cuban Missile Crisis began in 1962, the Soviet fleet already numbered about 300 diesel-electric submarines and several nuclear-powered submarines.

At the same time, the most massive Soviet diesel-electric submarine was the project 613 submarine. The boat was built from 1951 to 1958 and was produced in a monstrous series - 215 copies. This project was based on the German submarine of the end of World War II - type XXI. Moreover, this practice applied to the fleets of almost all countries. Project XXI boats, the crowning achievement of the German submarine war, influenced the entire post-war submarine shipbuilding industry.

Less massive, but only in comparison with Project 613, were the Soviet submarines of Project 641. They represented a logical development of the boats of Project 613. The boat, named Foxtrot by NATO codification, was built in a series of 75 copies. The construction of boats for this project began in 1957.

The navies of the NATO countries could not fight the armada of Soviet boats at that time, the forces of the alliance were not enough for this. British Admiral R.M.Smeaton spoke about this openly. Smeaton believed that only nuclear weapons, namely strikes at their bases along the Soviet coast, would help to cope with so many Soviet boats. But this solution was even worse than the problem itself.

Against this background, a variety of options and methods of dealing with submarines were considered. First of all, it was necessary to solve the problem of submarine stealth. It is stealth that has always been the main strength and protection of submarines, allowing them to go unnoticed. 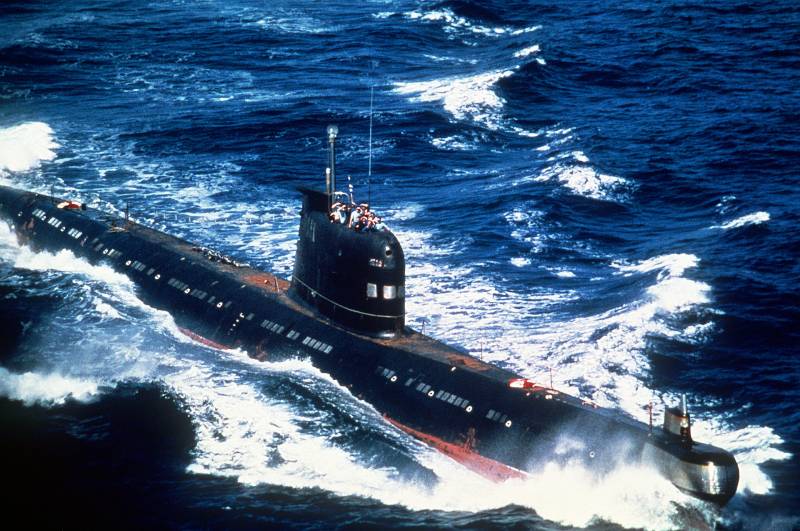 Submarine Project 641
Since stealth is the main defense of submarines, then it is necessary to find a means that will make them more noisy. Approximately so reasoned the Canadian scientist, who proposed his own version of the solution to the problem. He believed that some kind of "sticky" device was needed that would create underwater noise and make the boat more visible. As a result, the scientist constructed a simple structure of hinged magnets that could be attached to the metal hull of the submarine.

The movement of the boat would force them to knock on the hull like a loosened door, giving out the position of the submarine to hydroacoustics. At the same time, the devices could be removed from the case only upon returning to the base. It would take time and effort. The calculation was exactly on this. In an attempt to find a means to reduce the activity of the Soviet submarine fleet, it was decided to experiment.

Battle magnets tested on the British

As the hero of the film "Operation Y" and other adventures of Shurik said, it is better to train on cats. The British played the role of cats. The British regularly mobilized their submarines for joint exercises in the Atlantic. At the end of 1962, Great Britain sent the Auriga submarine to joint anti-submarine exercises with the Canadian Navy.

At that time it was a veteran boat, it was launched at the end of World War II - March 29, 1945. During one of the training operations, the boat was literally covered from above with combat magnets. They were thrown from a Canadian patrol plane flying over the boat.

The effect was achieved, exactly the one expected. Some of the magnets got in and remained on the hull of the submarine. It was literally a deafening success, since they really emitted a roar that the hydroacoustics could hear well. However, further problems began. When surfacing, some of the magnets slipped and fell through the holes and slots in the light hull of the boat, ending up in the upper part of the ballast tanks. 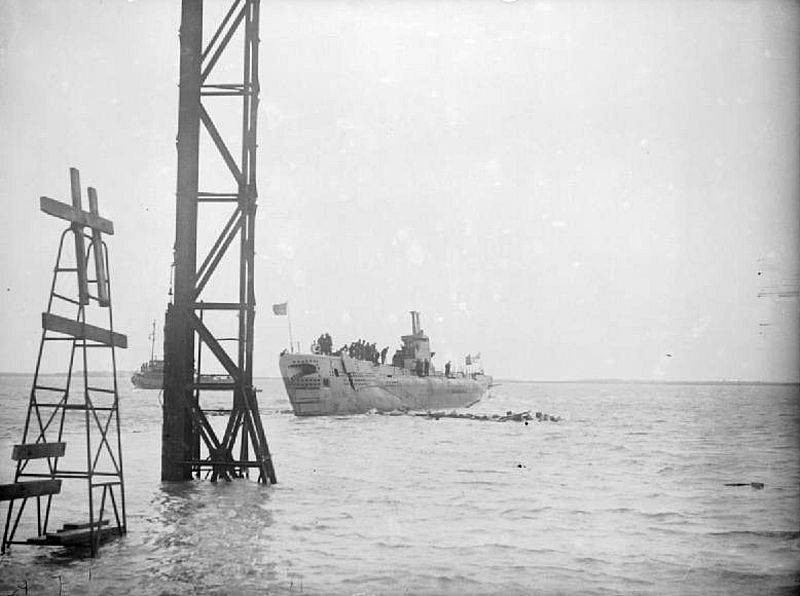 These magnets would act in a similar way on Soviet boats. According to Ian Balantine, the crews of two Soviet boats of Project 641 Foxtrot collided with a similar magnetic weapon. Because of this, they allegedly had to interrupt their voyage and return to base. Moreover, the Soviet submarine fleet could afford to send several submarines on a forced vacation, but NATO at that time could not.

At the same time, NATO anti-submarine forces could not practice using these developments, having received an unpleasant experience with the "Auriga", which for a long time dropped out of the operating fleet units. As a result, the whole experiment was deemed unsuccessful, and soon NATO naval specialists were disappointed with the new "weapon". And the idea itself with magnets was assessed as a failure.

The fact that a special rubber coating - noise-absorbing plates - began to appear on the hulls of new submarines (at first nuclear), also played its role. There would be no magnets attached to it.

The expert considered the information about the combat magnets unreal

Vladimir Karjakin, a lecturer at the Military University of the Russian Ministry of Defense, candidate of military sciences, military political scientist, commenting on an article in the American magazine The National Interest to Russian journalists, called the material nothing more than fiction. In his opinion, история about NATO's plans to bombard Soviet submarines with special magnets looks more like science fiction than truth. He told about this to the publication "Radio Sputnik". 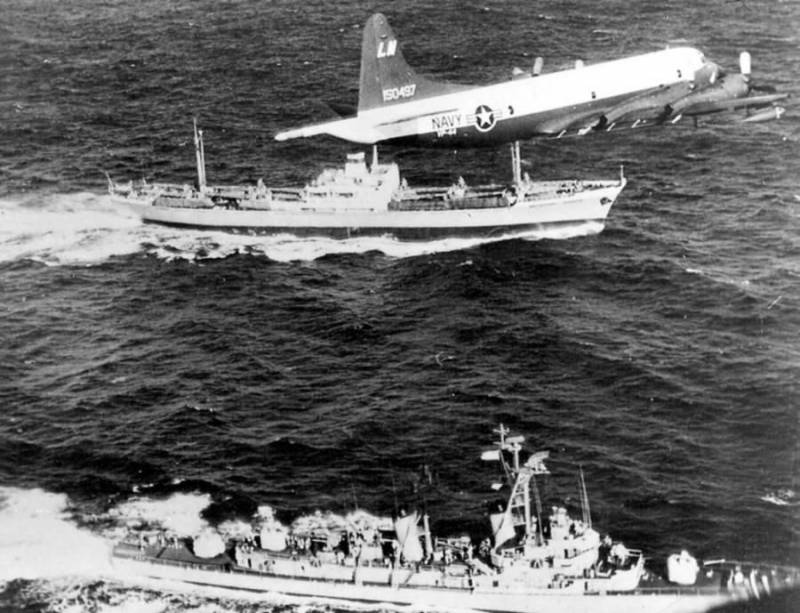 US anti-submarine aircraft, the period of the Cuban missile crisis
Vladimir Karjakin believes that the material was designed for those people who believe in fairy tales and myths. According to the specialist, the USSR even had titanium boats, and this is the material that does not have magnetic properties. At the same time, the steel hull of the boats was also covered with a special shell, which reduced noise.

For clarity, the expert gave a household example with a magnet and a refrigerator. The magnet will attach through a thin sheet of paper, but not through a thick sheet of cardboard. Likewise, a thick layer that protects the submarine from detection would prevent the magnets from attaching. In Karjakin's opinion, the ideas voiced were unrealistic. He called the material itself a weapon of information war, designed to strengthen the common man's confidence that something can be opposed to our submarines.

The expert's answer refers us to modern times, in which he is actively fighting "Western propaganda". Moreover, titanium boats were really not built by any fleet in the world, except for the Soviet one. But the first such submarine appeared only in the mid-1970s, and the Sharks became the last titanium submarines. After them, Russia again returned to the practice of building steel boats.

At the same time, boats built in the 1950s, which are described in the article by The National Interest, did not have any rubber coating. We are talking about submarines of the first post-war generation - massive Soviet diesel-electric boats of projects 613 and 641. The events described in the article relate to the beginning of the 1960s and precisely to these boats. Then there were no titanium boats, no mass distribution of noise-absorbing hull coatings.

In any case, the idea of ​​battle magnets never ceases to look very strange and looks like an anecdote. At the same time, it could well be implemented in practice in an experimental manner. In an article describing the events of 1962, it is said that such magnets were not used on a large scale, and their very use was quickly assessed as a failure. In this regard, it is not very clear which element of information warfare was dispelled by the teacher of the Military University of the Russian Ministry of Defense in his interview to Sputnik.