The state and prospects of the tank fleet of France 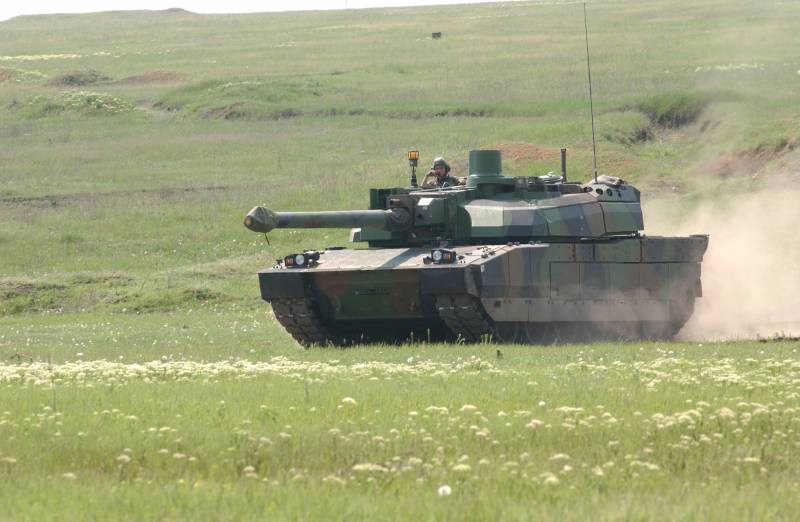 In 1993, the newest Leclerc main battle tank was adopted by the French ground forces. Machines of this type are still the basis of the striking power of the army and will maintain this status in the future. Current plans call for the continuation of their service for at least the next ten years.

The promising Leclerc MBT was developed by GIAT Industries (now Nexter Systems) and put into series in the early nineties. The starting customer was the French army, and then began mass deliveries to Jordan and the UAE. The last batch tanks handed over to the customer in 2007, and in 2008 the production line was closed as unnecessary.

Over the entire production period, more than 860 tanks were built. At the time of the cessation of construction, the French army had 254 MBTs and a small amount of unified equipment. At the same time, not all plans were fulfilled. So, initially, the army wanted to re-equip four regiments - 80 tanks in each, as well as create a reserve of 100 vehicles. In the future, these plans were seriously reduced, mainly at the expense of the reserve. 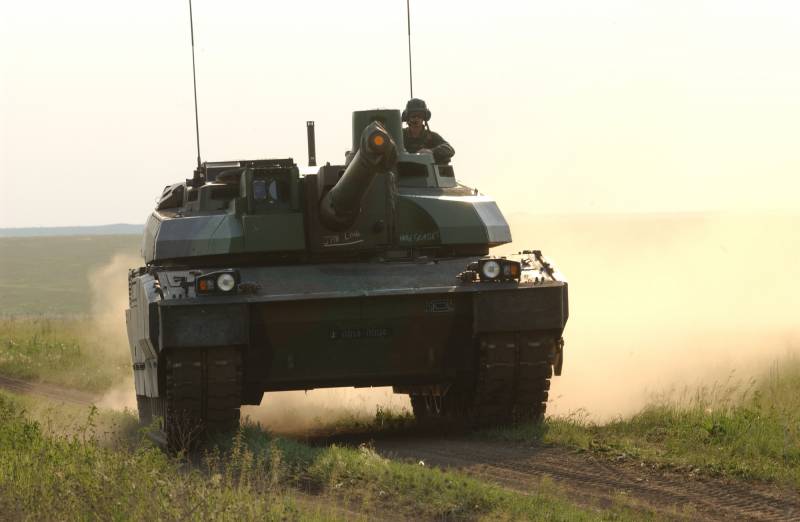 Later, there were new funding cuts, due to which the number of MBTs in the troops again decreased. According to open data, the French army currently has 222 Leclerc MBTs and 17 Leclerc DNG armored recovery vehicles at a tank base. It is believed that this amount of equipment is sufficient to fulfill the assigned tasks and allows you to keep costs at an acceptable level.

222 available tanks are assigned to four tank regiments stationed in eastern and central France. These are the 12th cuirassier and 501st armored regiments from the 2nd tank brigade, as well as the 1st armored and 4th dragoon regiments of the 7th tank brigade.

Soon after the completion of the production of tanks, the Ministry of Defense adopted a plan for the further operation and maintenance of existing tanks. To reduce costs without loss of quality of work, it was proposed to use a new approach. It provided for the selection of a "single service provider" and the issuance of a long-term contract stipulating the implementation of all the necessary activities. 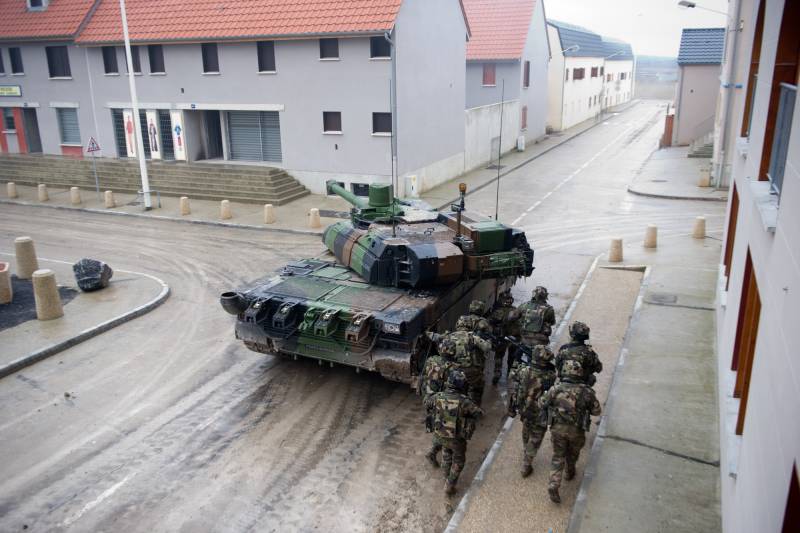 In 2009, the Ministry of National Defense and Nexter entered into a Maintien en Condition Opérationnelle (MCO) agreement for armored vehicles. It provided for all the necessary work to be carried out over the next 10 years.

The cost of the contract was determined immediately and did not change in the future; it was 900 million euros. Thus, on average, it was planned to spend approx. 3,5 million annually. The actual costs for specific MBTs varied due to the uneven consumption of the resource and the release of funding due to the reduction in the number of equipment.

According to the MCO contract, the contractor was supposed to oversee the operation of Leclerc tanks in the army and provide the necessary support. The latter was mainly expressed in carrying out medium and overhaul repairs as equipment deteriorated or breakdowns. 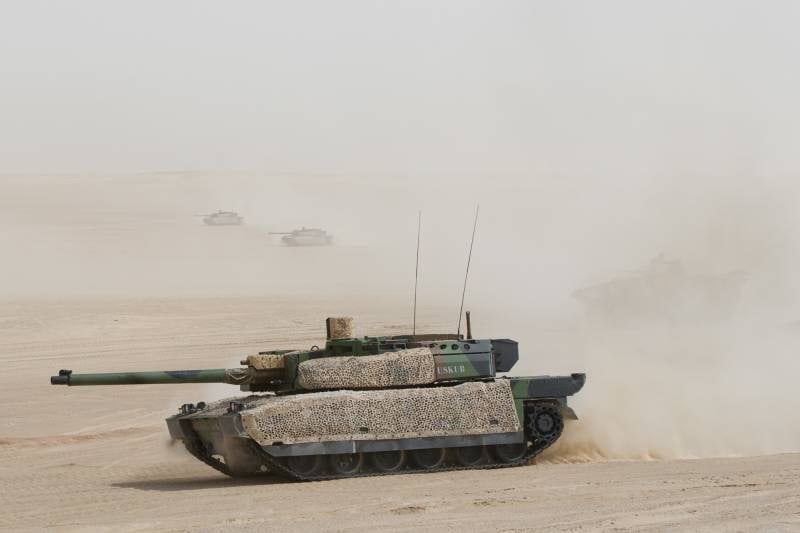 The MCO contract did not touch upon the modernization of armored vehicles - all these measures were proposed to be carried out in the course of separate programs with their own budgets. However, after the introduction into mass operation, new components, such as the AZUR kit or new devices of the SCORPION program, also had to fall under the responsibility of Nexter Systems through the MCO.

The MCO contract from 2009 was valid until March 31, 2021. Despite certain difficulties and criticism for various reasons, the original approach paid off, and the contractor company coped with the tasks set. The customer was satisfied with the results of the work performed over the past years, which resulted in a new contract.

The cooperation of the Ministry of Defense and Nexter Systems will continue under the new contract. At the same time, we are not talking about the extension of the existing MCO, but about a new agreement with modified conditions. The renewed contract was named Marché de Soutien en Service 2 (MSS2). 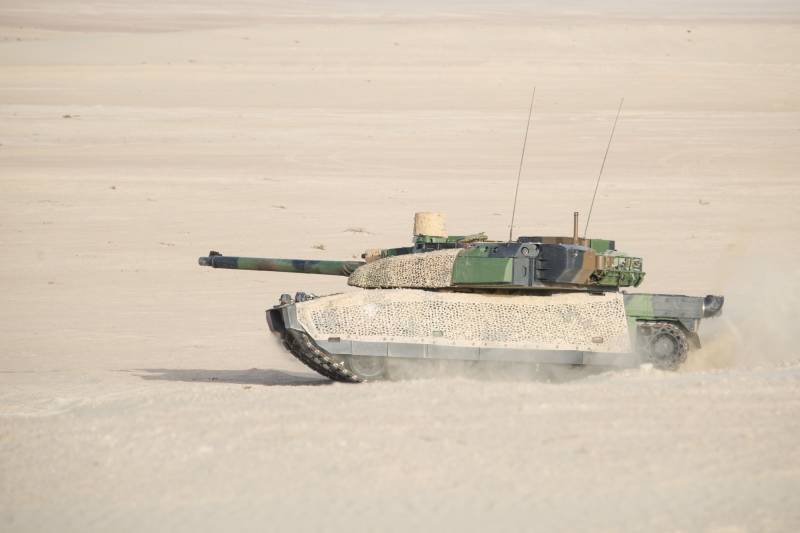 The MSS2 agreement is designed for the next 10 years, its value exceeds 1 billion euros. On average, maintenance and repairs of each tank will cost 4,5 million euros annually.

The general conditions and approaches under MSS2 remain the same, but several important innovations have been proposed. Thus, a new feedback mechanism is being introduced between the troops and the performer of the work. It should simplify and speed up the interaction between the army and industry.

Previously, the medium and overhaul of the Leclerc MBT was carried out only by enterprises from the Nexter. In accordance with MSS2, the army units of the Army Technical Service Service de la Maintenance Industrielle Terrestre (SMITer) will be involved in this work. Mechanisms for purchasing and supplying spare parts have been refined and improved.

The MSS2 contract is of great importance to the French army. The oldest tanks "Leclerc" have already celebrated their 30th anniversary, the equipment of the last batches is about half the age. Thus, the new contract will ensure the maintenance of aging equipment in the required condition and will extend its service life. In addition, the MCO and MSS2 actually lay the foundation for future upgrades. 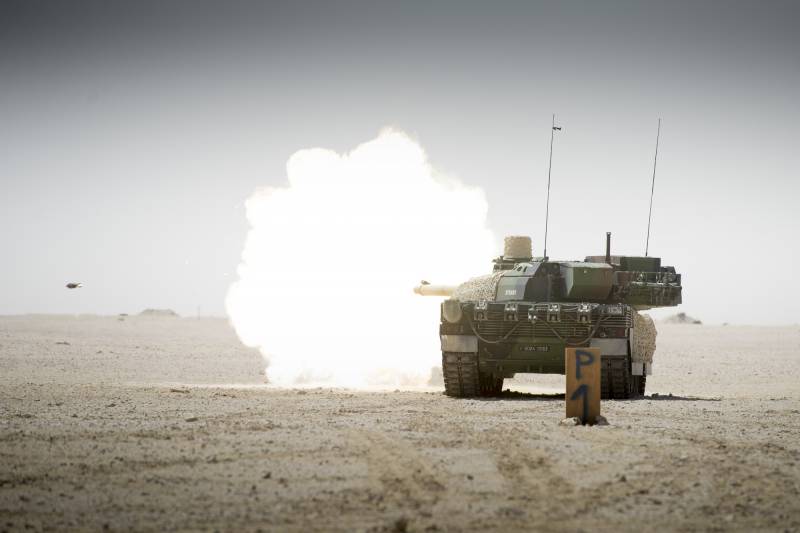 Recently, the French Ministry of Defense has embarked on a major modernization program for the ground forces with the SCORPION code. It provides for keeping the Leclerc MBT in service for a long time, until the next tank appears. In this case, cash machines must be equipped with a set of new equipment for various purposes.

The modernization of the tank to meet SCORPION standards was named Leclerc XLR. This project provides for strengthening the protection of the side and stern projections, as well as the introduction of new warning systems and electronic warfare equipment. A radical modernization of weapons control systems and the integration of promising communication facilities are proposed. Own armor, power unit, chassis and armament will remain the same.

According to current plans, in 2020-25. 200 tanks must be upgraded to Leclerc XLR. Also, new protection and electronics will be installed on the unified ARRV Leclerc DNG. These measures will allow the continued operation of MBT and ARV, as well as ensure their full-fledged use in promising ground forces control loops. 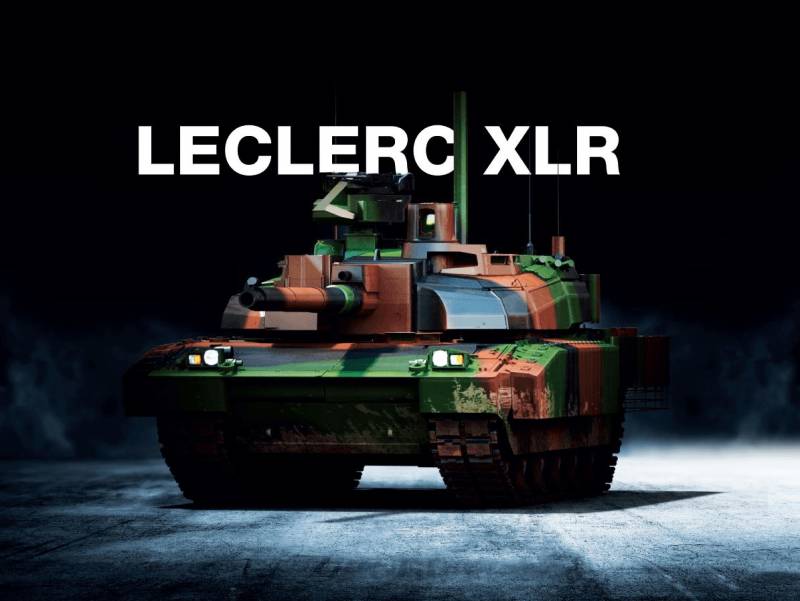 In accordance with the previously approved plan, last year Nexter, together with its subcontractors, began a planned modernization of army tanks under the XLR project. In the near future, the updated equipment will return to service. By the middle of the decade, it is planned to modernize approx. 90% of the available Leclerc fleet, as well as to receive large quantities of new equipment from the SCORPION program.

The French Ministry of Defense is well aware of the importance of main battle tanks for the modern army and is not going to abandon this class of equipment. Work is already underway to create a promising "European tank", but in the next 10-15 years the existing Leclerc vehicles will remain the main striking force of the ground forces.

It is proposed to provide the operation of the Leclerc in the future in two ways. First of all, due to repairs of varying degrees of complexity, the required technical condition will be maintained, and at the same time, modernization will be carried out to obtain new opportunities. The construction of tanks will not be resumed. The enterprises that were previously engaged in the production of MBT have long been transferred to the production of other products.

Thus, in the next 10-15 years, the tank forces of France will not differ in large numbers, but this deficiency is compensated for by a high level of technical development and broad combat capabilities. The required programs and processes are already running. Their real results will become known in the near future.

Ctrl Enter
Noticed oshЫbku Highlight text and press. Ctrl + Enter
We are
The Czech army prefers the Puma BMP and is looking for a replacement for the T-72 tank.Crusade upgrades: the West intends to extend the life of their military equipment
Military Reviewin Yandex News
Military Reviewin Google News
77 comments
Information
Dear reader, to leave comments on the publication, you must sign in.