Fighter of Discord: Is the Euro-Six Alive? 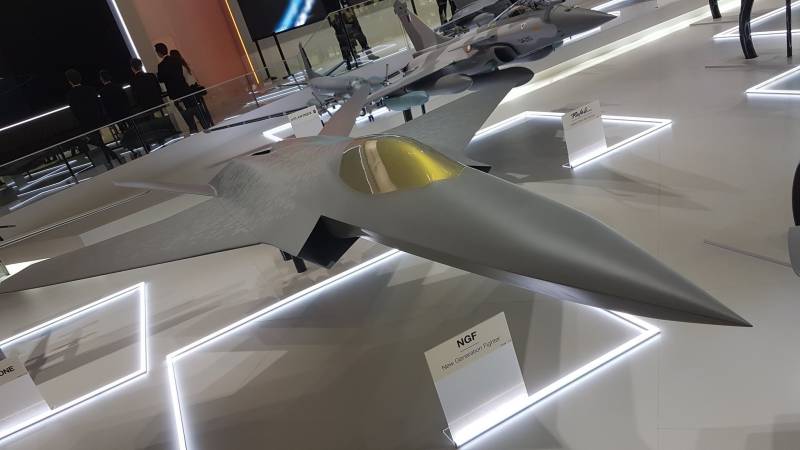 The balance of power

Five years ago, the phrase "New generation fighter" associated with anything, but not with the European aircraft industry. Europe de facto “slept through” the fifth generation, and the sixth (Euro-“six”) seemed to be something so distant that few people talked about it seriously. The first hints of possible changes appeared in 2016, when Airbus Defense and Space (Airbus' military equipment division) showed the concept of a new-generation winged aircraft.

Then the situation developed like a snowball. In 2019, France and Germany agreed to start work under the next generation fighter program. In the same year, at the Le Bourget air show, the Europeans showed a mockup of the NGF (Next Generation Fighter) fighter, which is being created under the Future Combat Air System (FCAS) or Système de combat aérien du future (SCAF) program in the French version (not to be confused with the same name more early European program, also designated FCAS). Then the Spaniards joined the program, so there were three de facto participants: France, which is the de facto leader, as well as Germany and Spain. The main contractors are Dassault Aviation, Airbus and the Spanish Indra. 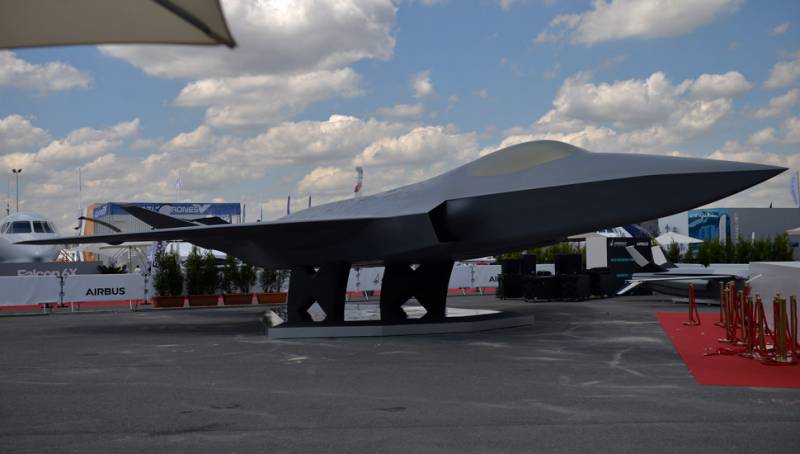 In order not to get confused even more, it is worth saying that under the influence of Brexit, the British introduced their own fifth-generation fighter concept in 2018, dubbed the Tempest. A pelican-like mock-up was shown in 2018 during an exhibition in Farnborough. In addition to the British, Italians participate in the program, as well as, optionally, the Swedish side, for which, let's face it, independent development of the Saab JAS 39 Gripen replacement is almost impossible (just remember the exorbitant sums that cost the fifth generation programs). The main companies involved in the conditionally British program are BAE Systems, Leonardo, MBDA and Rolls Royce. 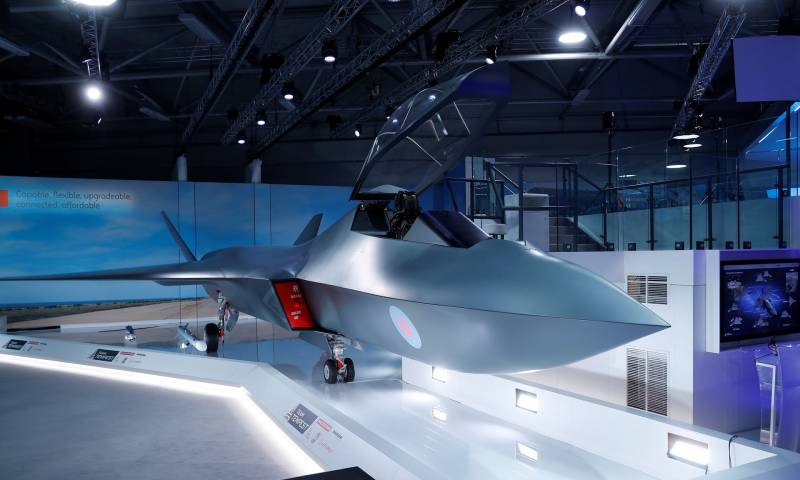 Simply put, there should be two European fighters:

Both cars, according to the plan, can appear in about 2035-2040s. They will replace the fourth generation fighters currently used by Europeans: primarily the Dassault Rafale and the Eurofighter Typhoon. Optional - the aforementioned Gripen, including the newest JAS 39E / F.

Many experts were perplexed: why does Europe need two planes at once, claiming the title of "sixth generation fighter"? The more surprising news that in fact there may be ... three such machines.

It is interesting that, despite all the financial problems of the British, the Tempest program goes on as usual: no one writes about any fundamental questions (or the British simply do not talk about them). But in the case of the Future Combat Air System, everything turned out to be very, very difficult.

Already at the initial stage, the contradictions between the leading participants in the program - the Germans and the French - were revealed. The problems became known not so long ago. According to insiders, in early February, Angela Merkel and Emmanuel Macron were unable to resolve a number of problems, leaving the question open - when can the next tranche of payments in the amount of at least five billion euros be released? (The total cost of the program is estimated at 100 billion euros). The controversy centers around the secret technologies, cost-sharing and jobs associated with the Future Combat Air System.

As reported, France and Germany are at an impasse on two of the seven points of cooperation. One of the problems is intellectual property rights. In short, France did not want the Germans to access them, fearing the "borrowing" of technologies and their subsequent use in purely German projects. The Germans are also not very friendly and do not burn with openness.

You need to understand that cooperation was not initially equal. France has incomparably greater experience in the design and manufacture of fighters: behind it is the Mirage line and the Dassault Rafale - one of the most powerful fighters of our day. The Germans and Spaniards also have experience, but only "pan-European": in the framework of work on the Eurofighter Typhoon.

A senior French source, commenting on the situation, told Reuters:

"To be honest, it would be much easier for us to work with the UK because we share the same military culture."
The parties perfectly understand the seriousness of the contradictions that have arisen and are ready to resolve them. Only, apparently, each of them sees the solution in its own way. Recently, for example, the head of Dassault Aviation, Eric Trappier, announced a certain "B" plan, which, one must assume, allows for the creation of two different demonstrators within the program. At the same time, speaking on March 17 in the French Senate, the head of Airbus Defense and Space, Dirk Hock, denied the statement made by Trappier.

There is no “Plan B”. Plan B is FCAS, any other solution would be much less favorable for everyone. " 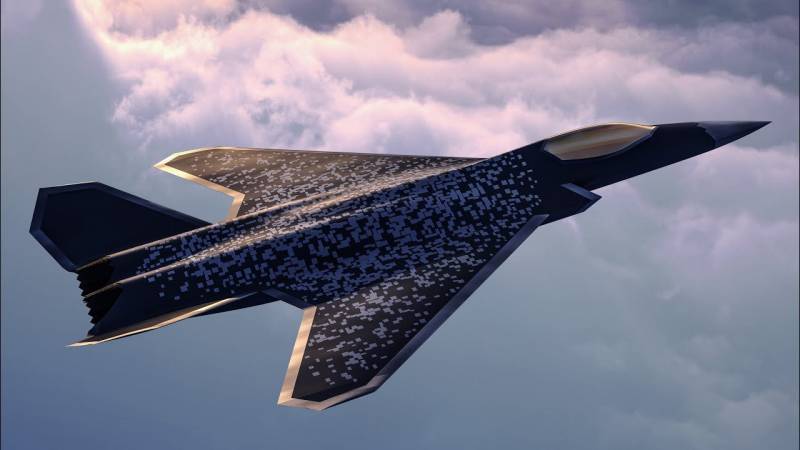 Against the background of obvious problems, there are also positive aspects. In April, the French Senate announced that Airbus and Dassault Aviation had removed "a major obstacle" to a demonstrator. The agreement, which the interstate commission called “an important turning point"May be approved by the German Bundestag by the summer. Among the main agreements is the recent decision to equip the demonstrator with the M88 engine, created for the Rafale. Against the background of the above contradictions, this is already an achievement.

If we abstract from the statements of officials and look at the situation from the outside, it becomes obvious that the requirements for the aircraft are initially different. For the Germans, NGF is a "purely" land vehicle, while the French see it as a carrier-based aircraft. We will remind, last year the President of France announced the start of the practical implementation of the program for the development of a new aircraft carrier Porte Avion Nouvelle Generation (PANG), which should be based, among other things, sixth generation fighters.

If we look even more broadly, we will see that there is a repetition stories, which previously happened with Dassault Rafale and Eurofighter Typhoon, which were originally created as one project. And which, after numerous disputes, turned into two completely different fighters, united only by a common concept. 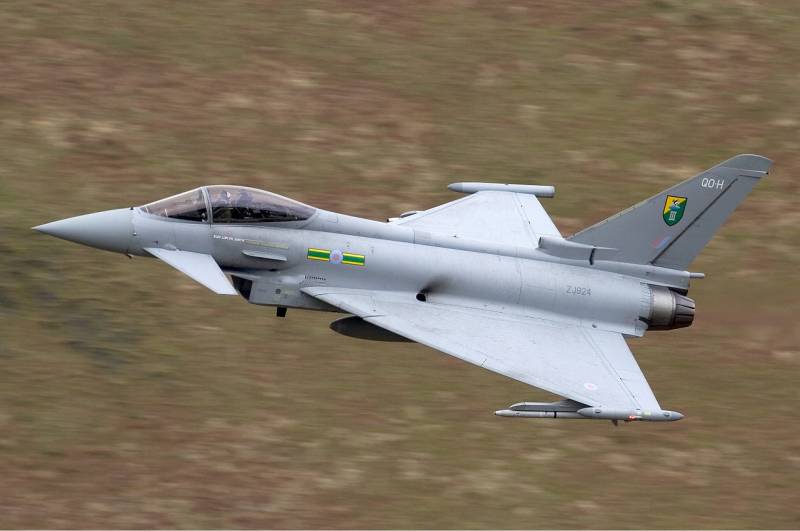 What's the bottom line? A lot, oddly enough, will depend on the British and how Foggy Albion will be open to cooperation with the EU. And also (and this is the most important) on how the relations between Germany and France will develop within the European Union itself.

Of course, controversy at such an early stage of development is a bad sign for the program. It is saved, paradoxically, by the gigantic cost and the understanding that one country will hardly be able to pull out the development of a sixth-generation fighter, unless, of course, this country is the United States or China. We add that, unlike the latter, none of the FCAS participants has experience in developing full-fledged stealth, and the requirement of stealth is one of the key parameters for the sixth generation. If not key.

In the meantime, the United States does not suffer from such problems, despite all the internal political ups and downs. Last year, the US Air Force tested a sixth-generation fighter demonstrator under the Next Generation Air Dominance (NGAD) program. Will Roper, head of the US Air Force's procurement department, said at the time that “full-scale demo", which the "broke many records». 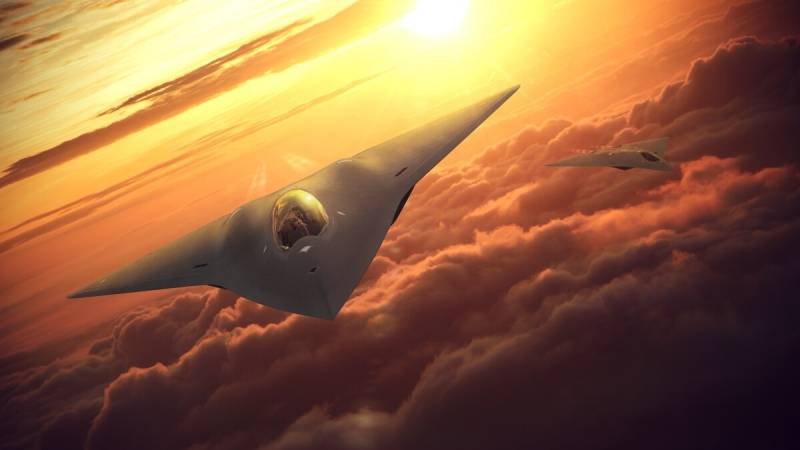 So far, there is no open data about this project. However, in 2020, experts, having collected indirect evidence of the program, came to the conclusion that the development is being carried out by the Lockheed Martin corporation, which created the F-22 and F-35. Given her vast experience in the development of fifth generation fighters, the prospects for not only FCAS, but also Tempest look ambiguous. The best illustration of this is the successful promotion in Europe of the F-35, which, despite all the technical difficulties, is just beginning its confident footsteps on the market. weapons.