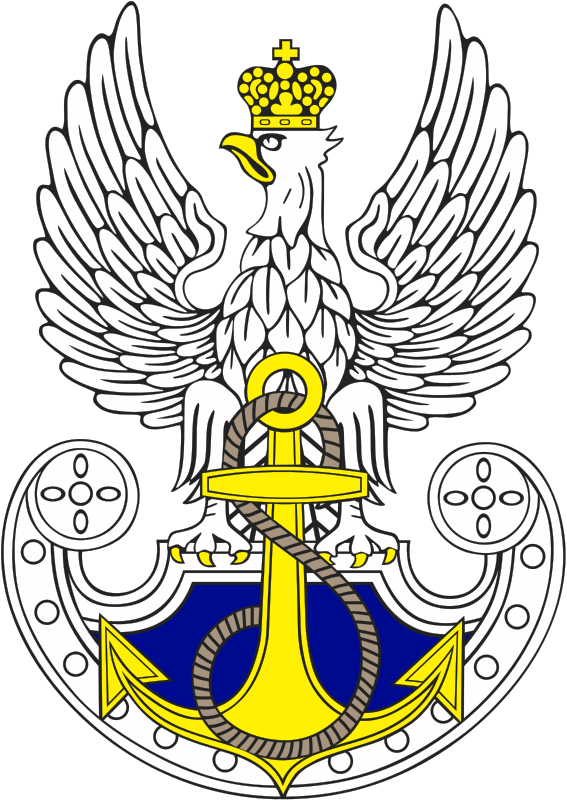 Following the collapse of three empires (Russian, German and Austrian), the Polish state was revived in 1918. Together with the revival, it took over a number of Russian and German lands proper, receiving as a bonus 90 km of the Baltic coast, which now had to be defended. So the creation of polish fleet was a logical and inevitable phenomenon, especially given the fact that the Versailles agreements could not last forever, and the mess in Russia generated by the Civil War was a purely temporary phenomenon. And the question for the reconstituted Rzecz Pospolita was, rather, not whether you will have to answer for the annexed lands, but WHEN you will have to.

Strictly speaking, the naval component should not have caused any particular concerns. 90 km is 90 km, four heavy batteries will cover them completely, and if the cannons are at least 305 mm in caliber in the towers, and with concrete dungeons - like Soviet batteries ... You can't bite them not only from the sea, you won't bite them from land ... If, however, minefields are set up, and torpedo boats are hidden behind them and covered with a hundred aircraft from the air, a fortress will come out worse than Port Arthur. The rest of the funds for the Poles should have been spent on the army - a narrow corridor to the sea was squeezed between East Prussia and Germany proper, and from the East adjoined the free city of Danzig, formally independent, but 95 percent German. And in general - having the USSR, Germany, Lithuania and the Chechen Republic as potential adversaries, having occupied vast territories with the Ukrainian and Belarusian populations, there was no sense in bothering with this very corridor and maritime affairs. To keep the grabbed and suppress possible riots, an army was needed, not a navy. But... 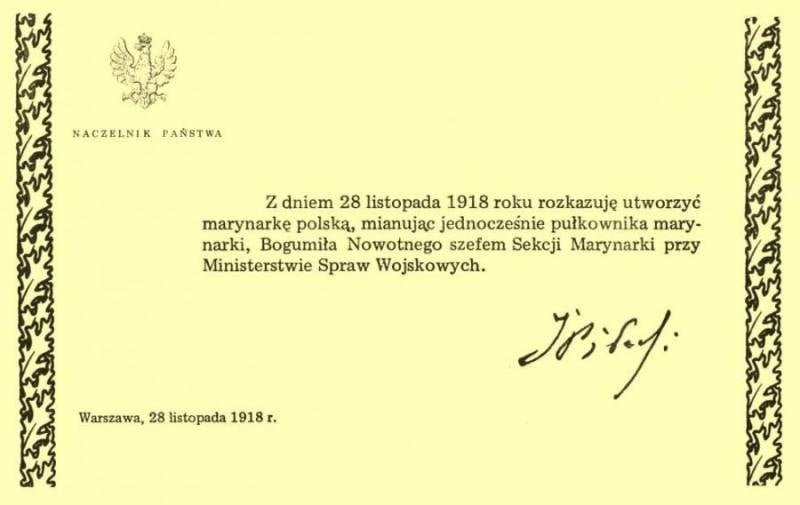 “On February 10, 1920, in Puck, the only town (actually a fishing village on the Baltic Sea coast) donated to Poland, Poland's wedding to the sea took place. The rings were made by the commander of the Pomor front, General Jozef Haller, together with a delegation of Kashubians and local fishermen. "
And in 1922, the construction of the port and the city of Gdynia began, and in 1928, a naval base and the Hel fortified area were erected on the Hel Spit to cover the port. In principle, there was nothing of the kind in this - its own port (although with special rights in the Free City of Danzig it was possible not to bother) it is always good, and it must be protected. But the Poles were carrying and in addition to their own they grabbed a piece of Danzig, creating there warehouses and a base - Westerplatte. Well, the ships, in general, there were a lot of plans, the Poles wanted no less colonies: 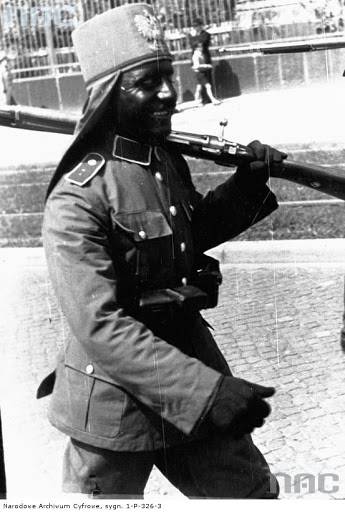 “In 1937, The Colonial Theses of Poland were published. From that time on, Poland began to regularly hold the "Week of the Sea" under the motto "We need a strong fleet and colonies." In 1938 it was decided to hold the so-called "Days of the Colonies" with mass demonstrations and solemn divine services in churches. The Marine and Colonial League urged: “Let no one remain indifferent, let everyone's voice turn into a strong cry: We demand free access to resources! We demand colonies for Poland! " Colonial claims extended to Togo, Cameroon, Madagascar, Liberia, land in Brazil, Argentina, and even a site in Antarctica. Poland wanted to take away Angola and Mozambique from Portugal, to place settlers in French colonies in Africa. Rhodesia was also discussed. An attempt has also been made to assert claims against Trinidad and Tobago, Gambia. "
And for this a powerful fleet was needed. 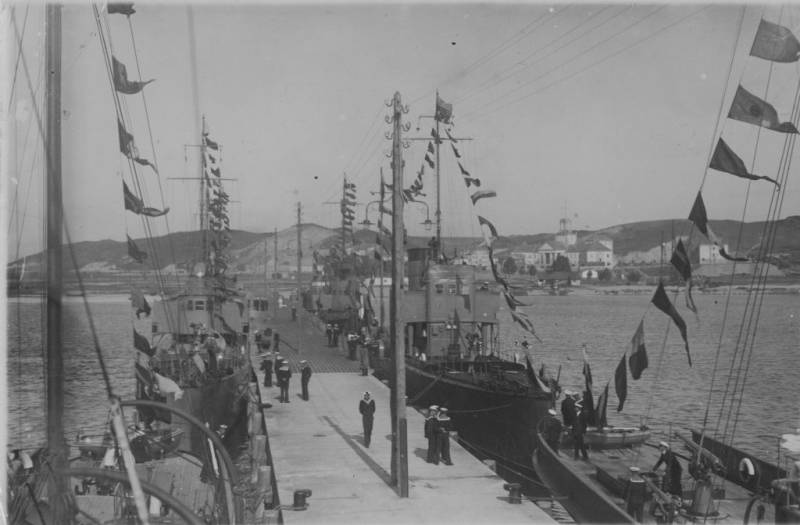 But it did not work out with him, something did not work out from Soviet Russia, and from Germany got six destroyers - four type "A" and two "V-105" and "V-108" from the Dutch order. They were accompanied by four "FM" type minesweepers and two "Vodorez" type SKRs of the Russian fleet purchased from the Finns. In principle - a dream, strengthen Gdynia and Hel, build a replacement for the ships you received ... But I repeat, these are Poles:

"Developed in 1920, the 10-year military shipbuilding program provided for the construction of no less than two battleships, six cruisers, 28 destroyers and a large number of small ships."
At the same time, according to the Polish source, there was catastrophically little money in the country:

“The Polish state at that time was ravaged by wars and poverty, as evidenced by the fact that, within the framework of economy, it was decided to allocate funds for fuel only for some of the ships. On the way to Gdansk, they had to tow the rest. "
But plans are not a hindrance, are they? And in 1924 a new program was developed, this time a small one:

"... in 12 years the Polish Navy was to be replenished with 2 cruisers, 6 destroyers, 12 destroyers, 12 submarines."
Which, however, also failed for lack of money, and in 1936, when the impossibility of the second became clear, the third program was adopted ... also unfulfilled: 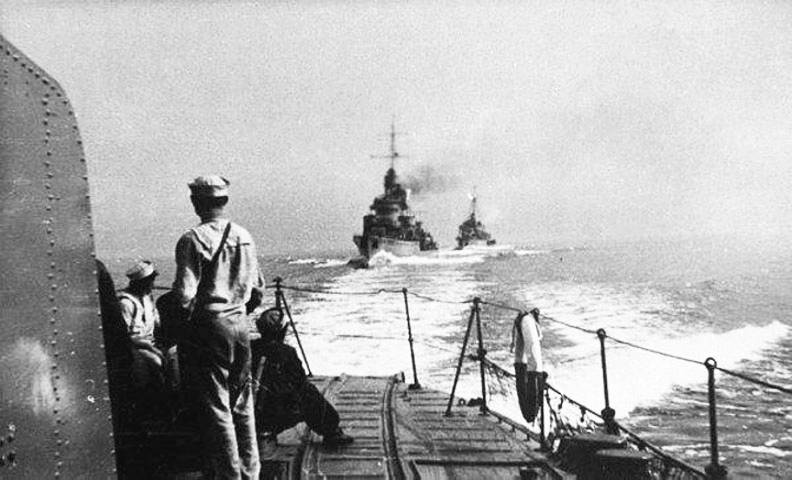 The real Polish fleet began with a cruiser, or rather, not quite a cruiser. In 1927, the Poles bought the French armored cruiser "D'Antrcasto" from the Belgians, renamed it "Baltic" and used it as a training ship. But it's cool - both French and real ... almost. The second in displacement in the Polish fleet was the minelayer, also known as the presidential yacht "Gryf", with a capacity of 2200 tons and six 120 mm guns, capable of taking 600 mines. Air defense, however, only two double-barreled "bofors", and the speed of 20 knots, but for coastal defense is nothing. But the Poles were clearly in trouble with the destroyers, and not only with the types, but also with the plans:

"The destroyers, if necessary, should have been able to quickly reach the area of ​​the Soviet base in Leningrad and conduct at least two attacks on enemy ships before they reach the Polish coast, including battleships heading towards Gdynia and Hel."
Well, the unfinished "Muscovites" were supposed to be finished off by submarines. It’s better not to think about what a pair of Kirovs, a pair of leaders and 6-8 sevens would have done with the four destroyers of Poland, the Poles feel sorry for even a minute. The first pair of these four are clones of the French Bourrasque, with four 130/40 guns and 2X3 TA 550 mm guns. The second pair - type "Thunder", capable of carrying seven 120 mm guns and were either leaders (the Soviet carried 5 guns, for example), or already armored light cruisers. In addition to this four, the Poles had a submarine fleet - five submarines (of which three minelayers built in the early 30s), 6 small minesweepers with a displacement of 200 tons and, in fact, that's all. From the ships of the early 20s, two gunboats, ex-Russian TFR, survived until the war. The classic "wide on the cat, narrow on the dog" came out. For a war with the USSR or with Germany, this was negligible, for the defense of the coast - excessive. And the money spent was gone, and it was possible to build Tanks, aircraft, artillery pieces ... On some of the destroyers there was an artillery regiment, and even with anti-aircraft cover. And what happened in the end? 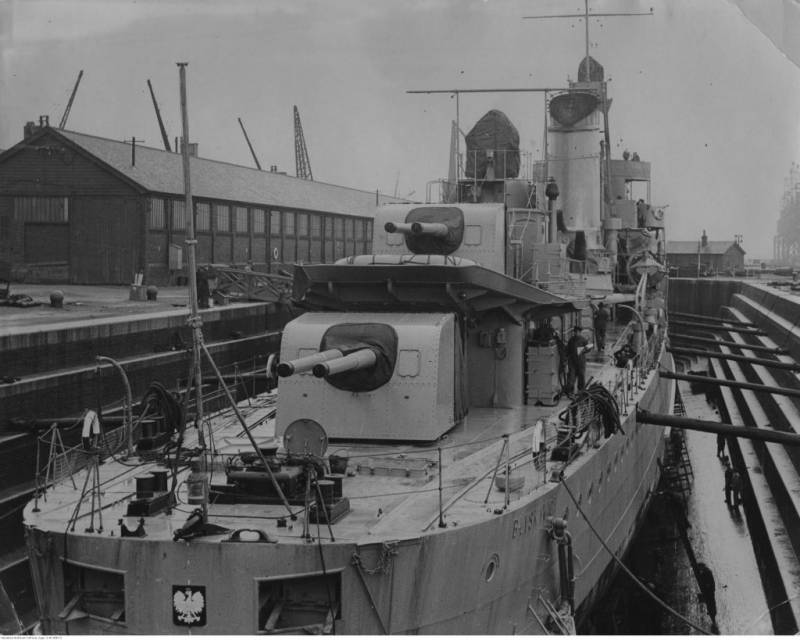 Actually, the participation of the Navy in the defense of Poland was reduced to three operations, and one of them began even before the start of the war and was the most successful. It was called "Plan Beijing" and consisted in the flight of three of the four destroyers to England. On August 29, at 12:55, after receiving a signal, the destroyers rushed to the Danish Straits and at the time of the outbreak of the war were already in the North Sea. The fourth destroyer, together with the mine layer, were sunk by the German aviation in Hel on the third day of the war. The fact is that the entire naval aviation of Poland consisted of six seaplanes ...

The second operation can be very conditionally called the defense of Westerplatte, if, of course, the battles of the Danzig militia with a company of Poles can be characterized by such a word. Even the fact that the battleship "Shelswig-Holstein" (pre-dreadnought of the Russian-Japanese era) shot at the Poles does not make it that way. However, the company of Poles honestly fought back for as long as a week, losing 15 people and inflicting serious losses on the Germans of 400 people. It seems to me - mainly to local militias, and not to the assault company attached to them ... In Poland it is now a national myth, like we have about the Brest Fortress, although, of course, it is better not to compare the scale, and somehow raise our white flag somehow did not know how ... The Poles themselves, by the way, were silent about surrender in their press, telling tales about the battle to the last living soldier:

"On the eighth day of the Polish-German war, September 8 this year at 11:40 am, in a valiant struggle at a combat post, the last defender from the Westerplatte garrison, who defended the Polish Baltic Sea, died."
The third episode is the defense of the Hel naval base. It just lasted a month, but Hel is a scythe, three thousand soldiers, the entire Polish fleet and three coastal batteries were concentrated there. There was anti-aircraft cover and minefields. Accordingly, the Germans for some time were not particularly eager to bash their foreheads. And when they started in earnest - Hel with the surviving ships quickly surrendered. And he did the right thing - by October 2, Poland was gone. The submarines, however, went - three to Sweden, two to England.

Still, the Poles, having spent a lot of money, managed to build both the navy and the infrastructure, but at the very first clash with the enemy, with whom they had been preparing to fight for 18 years, all this turned out to be practically useless. For example, you can take the same Finland - spending much less money, they created the Navy much more efficiently, simply for the reason that they were not going to colonize Africa and Antarctica.