Anti-satellite weapons of China and Russia: the main modern challenge for the Pentagon 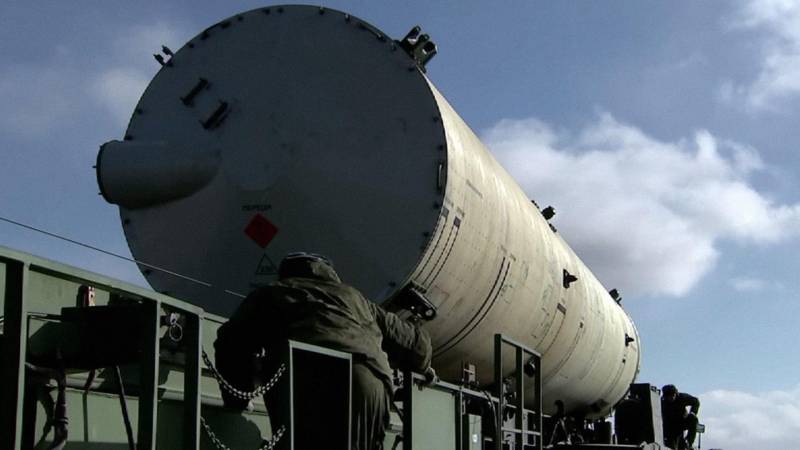 Americans were the first to start

The militarization of outer space is a purely American idea, which was later simply picked up by other states and, above all, the Soviet Union. In 1961, Yuri Gagarin became the first man in space, and the United States four years later already used the DMSP (Defense Meteorological Satellite Program) meteorological satellite to plan airstrikes in Indochina. 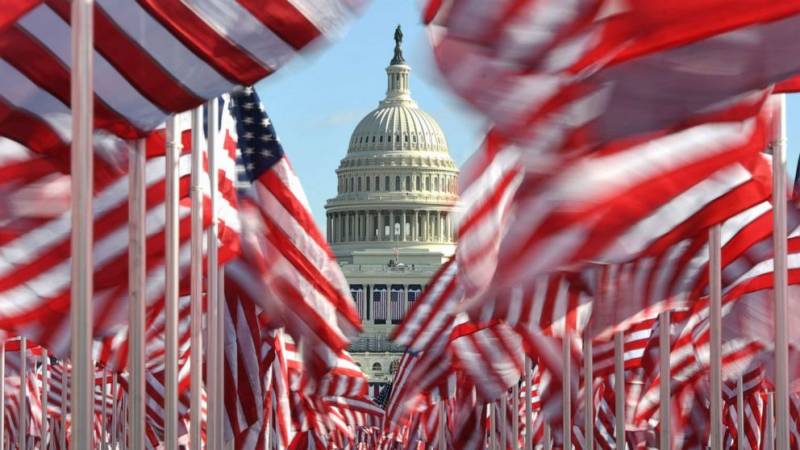 For the first time, the Americans thought about creating an anti-satellite weapons even before the launch of the world's first satellite - in 1956. For its time, it was a real science fiction. The Pentagon planned to create an orbital device capable of incapacitating their own kind in orbit. This, we recall, despite the fact that the Americans themselves have not even launched an ordinary satellite into space. The machine, which exists exclusively in theory, was called SAINT (SAtellite INTerceptor) and was supposed to reach enemy objects at altitudes up to 7400 km. SAINT took a picture with an onboard thermal imager and sent it to Earth for identification. For 48 hours, the survey satellite accompanied the target in anticipation of the command and, upon confirmation, eliminated it. There is still no exact data on how SAINT was supposed to destroy the target. Naturally, the technological potential of the United States in the 50-60s was not able to pull out such a project, and in 1962 it was quietly shut down.

It is much easier to destroy spacecraft according to the principle of "a cannon at the sparrows" - a nuclear charge through the orbital space, where the satellite is supposedly hanging / flying. And the first combat-ready weapon against satellites from the Americans appeared in December 1962. Then the Program 505 system was tested, equipped with the Nike Zeus DM-15S interceptor missile without a nuclear warhead. From the Kwajalein Atoll, the rocket rose to an altitude of 560 km and hit a conditional target. In combat conditions, each missile would carry a nuclear charge of 1 megaton and would be guaranteed to disable all enemy objects in near space - ballistic missiles or satellites. Program 505 lasted until 1966, when it was replaced by the more advanced anti-satellite system Program 437. The concept of application was based on the Thor medium-range ballistic missile, which was converted to combat satellites. By the way, in the Soviet Union, anti-satellite defense took shape only by March 1967 with the creation of the Office of the Commander of the Anti-Ballistic Missile and Anti-Satellite Defense Troops. By that time, the leading powers had banned nuclear weapons in space, which seriously complicated the prospects for relevant technologies. 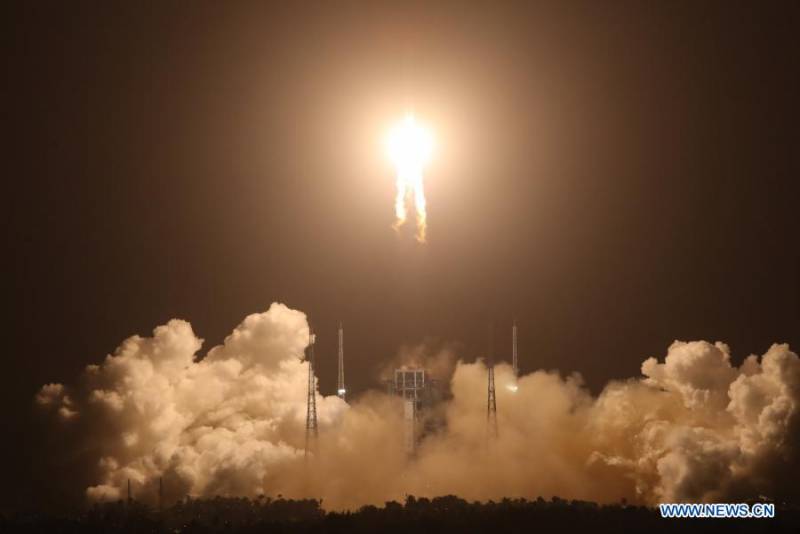 The Soviet Army had to adequately respond to the Americans, who had issued a certain priority in the fight against satellites by the mid-60s. This is how the Kosmos-248 spacecraft appeared, launched into space on October 19, 1968. The 248th model was followed by two more vehicles, which became the first anti-satellite "kamikaze". Now the Soviet Union was able to destroy objectionable objects at altitudes from 250 to 1000 km. True, so far not a single country in the world has officially taken advantage of this. Only in 2009, a Russian satellite that had served its end collided to death with a working NASA orbiter. The Americans are hinting that everything happened on purpose, but try to prove it - the emergency happened at such a significant height.

Why did satellites become the target of attacks by their own kind of inspectors? For a long time, the Americans have tied a lot to space objects - the echelon of the missile attack warning system, satellite communications, relaying, reconnaissance and, finally, navigation. Until a certain moment, the USSR and China, of course, treated the American satellite threat with attention, but did not overestimate it. However, in the Persian Gulf in 1991, satellites learned to direct Aviation on the enemy and broadcast it almost live. At that time, only the Chinese could adequately respond to the American satellite threat, and they launched a real "cold war" in space. First of all, it was a war over information possession. China has organized two main routes within the space program - C4ISR and AD / A2. In the first case, it is a program for collecting information, control, monitoring, communication and computation by means of a group of satellites and ground infrastructure. Simply put, an advanced space reconnaissance system. The second direction AD / A2 (Anti-Denial / Anti-Access) is already configured for defense against intrusions, as well as target designation for its own forces. In particular, in 2007 and 2008, the Chinese carried out cyberattacks on the Landsat-7 satellites of the US Geological Survey. The devices were turned off for 12 minutes, but control did not work. 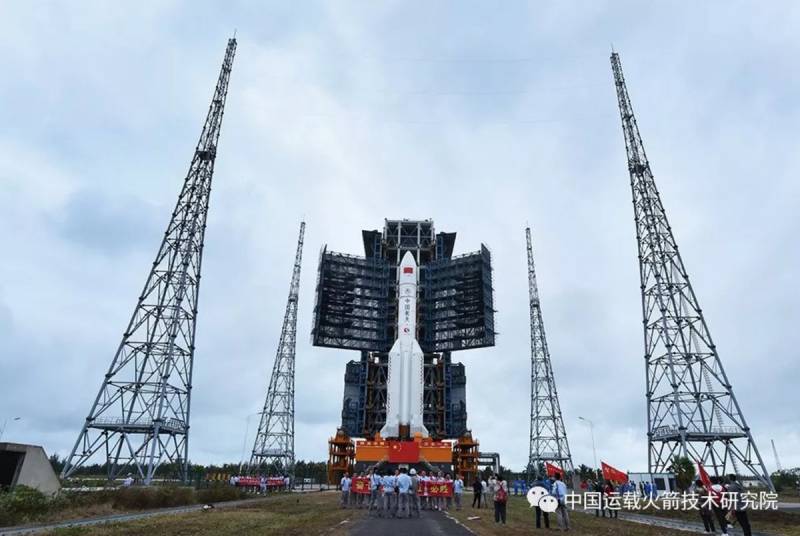 The Pentagon, in turn, in the early years of the XNUMXst century was already fully addicted to the GPS positioning of its strike forces, which in many respects predetermined the further development of events. China and Russia, as potential adversaries, decided to use this to their advantage and organized an asymmetric response. Everything was and is very simple - knock out his key advantage from the enemy, and he is yours. In this case, military satellites are critical to the Pentagon. It is believed that Americans do not fight very well without GPS.

In this stories anti-satellite satellites or "assassin satellites" were first developed in China in the early 2000s. Russia joined the struggle a decade later. Already in 2008, the manned Shenzhou-7 launched the BX-1 inspector satellite into space. Everything would be fine, but its main purpose was to inspect Chinese spacecraft for damage and malfunctions. The BX-1 can photograph its own kind in orbit, which is like horror for the US military.

Five years later, in 2013, China sent a new model Shiyan-7, which can carry out simple repairs and even change the orbit of other satellites. This, of course, was the official version. In fact, this apparatus is potentially capable of easily dealing with almost any space object.

Three years later, in 2016, Beijing announced an orbital scavenger with a large claw. With this device, the apparatus simply pushes the superfluous, in its opinion, space objects towards the Earth. To be sure, the direction is chosen to the ocean expanses. It is quite understandable that in the event of an aggravation, the apparatus can also "throw off" enemy satellites from orbit to the Earth. But formally, all these Chinese novelties could not be directly called anti-satellite weapons - after all, they had a civilian essence.

But the successful destruction of the Fengyun meteorological satellite in 2007 by a medium-range ballistic missile put everything in its place. Many countries, including the US, UK, Canada, South Korea, Japan and Australia, have accused Beijing of unleashing "star wars". China responded by deliberately launching a target satellite into orbit seven years later and knocking it off Earth. But that's not all. According to American intelligence, China has the technology to blind reconnaissance satellites with lasers. More powerful installations are capable of incapacitating spacecraft. The Pentagon does not rule out that similar technologies exist in the Russian army.

In 2016, the US released the report “War with China. Thinking the Unthinkable ”by the notorious Research and Development Corporation (RAND), which described a hypothetical scenario of a war with China. In 2025, China, widely using its space potential, will definitely not yield to the United States, so it is impossible to speak unequivocally about the outcome of events. Similar calculations for 2015 showed in this case already complete American dominance in all spheres. The RAND report caused quite a stir in the American establishment.

In 2018, Trump announced, and in December 2019, commissioned the Space Force as the sixth independent branch of the US military. At the same time, Russia and China were designated as the main opponents as the main instigators of the "Star Wars". In one of the 2020 United States defense strategy documents, one can see the following:

“China and Russia are using space for military purposes to reduce the combat effectiveness of the United States and its allies and challenge our freedom of action in space. The rapid expansion of commercial and international space activities further complicates the space environment. "
I must say that the new Space Forces did not find any significant achievements in countering the Chinese space threat. But, firstly, not much time has passed, and secondly, all the cards were confused by the pandemic. One of the most important events should be the launch of 150 tracking satellites for hypersonic missiles from Russia and China. They plan to completely withdraw the group by 2024. 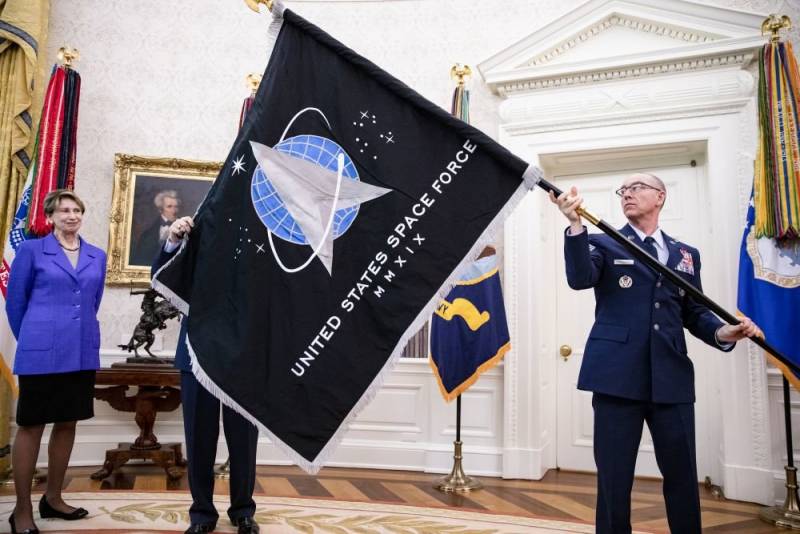 The Americans are also enlisting their long-standing partners in the struggle for space. So, great hopes are pinned on the Japanese quasi-Zenith satellite system QZSS, which is able to keep the entire Asia-Pacific region under control. The Japanese last year, under this sauce, appeared their own military space division of the Air Force. At first, there are 20 people serving there, but the staff will steadily expand.

Star Wars seems to be getting more real. The number of countries included in the club of space powers is increasing, and the arsenal is expanding. This means that the chances of unpredictable collisions of state interests not only on land, water and in the air, but also in orbit are growing. And the outcome of such incidents is difficult to predict.

Ctrl Enter
Noticed oshЫbku Highlight text and press. Ctrl + Enter
We are
How do satellites shoot down?Cosmonautics Day. Our country is a space power, and we should be proud of it!
Military Reviewin Yandex News
Military Reviewin Google News
27 comments
Ad