A perspective without a future. Ukrainian multi-caliber platform "KalashNash" 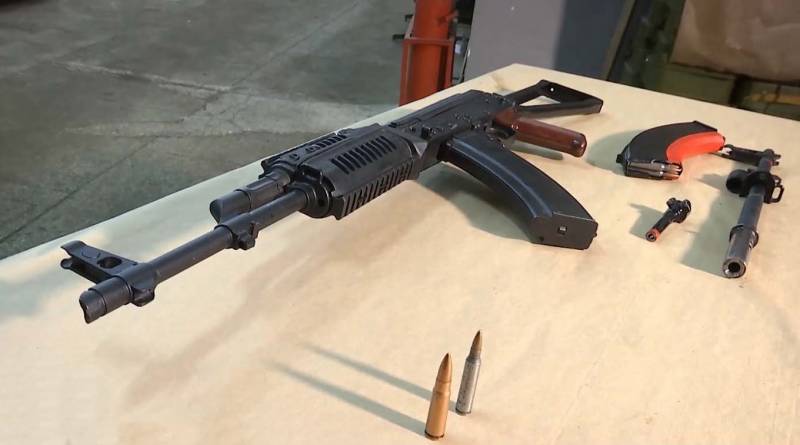 At the end of January, the Kiev plant "Mayak", known for its controversial developments in the field of small arms weapons, presented another project. In the interests of the Ukrainian army, a "multi-caliber platform" called "KalashNash" has been created. By reworking the main parts of the AKM assault rifle, it is proposed to create a modular system with wide capabilities.

As reported by "Mayak", the reason for the development of a new "multi-caliber platform" (MP) was the specifics of the supply of the Ukrainian army. The latter is called "the consumer of the world's leading cartridges", which requires an appropriate approach to weapons. Therefore, it is proposed to adapt standard Kalashnikov assault rifles at once for several different ammunition that may be in Ukrainian arsenals.

The KalashNash project is based on the idea of ​​finalizing the AKM assault rifle with the provision of replacement of some parts. A set is offered in the form of an automatic platform, interchangeable barrels and bolts, as well as magazines for different cartridges. The barrels for the standard Kalashnikov ammunition are preserved - 7,63x39 mm and 5,45x39 mm. We also offer products chambered for 5,56x45 mm NATO, 6,5x39 mm Grendel and 6 mm XC.

Design solutions are provided to ensure a high speed of reassembly of the machine with new parts. Changing to a different cartridge is said to take no more than two minutes. Also, technical innovations have been applied, allowing you to shoot with manual reloading. The Mayak plant announced its intention to produce an army and civilian version of the KalashNash with known design differences.

Replaceable barrels chambered for 5,45x39 mm and 7,62x39 mm. Photo "Lighthouse"
As is often the case with Ukrainian developments, the platform received wide coverage in the local media. The prototype product was demonstrated at the exhibition and attracted attention. Loud statements were made, and any inconvenient questions or attempts at criticism were declared Russian propaganda.

The KalashNash MP project is made on the basis of the AKM and provides for some design improvements while maintaining other details. As follows from the published materials, the receiver with the lid and insert, the bolt carrier and the firing mechanism do not change.

Initially, on the AKM, the barrel is fixed in the receiver without the possibility of dismantling in the field. On "KalashNasha" it is proposed to use a replaceable barrel with a fixation unit similar to a PC machine gun. For this, a removable contactor is located under the forend of the machine.

All trunks for the "platform" have a common design; differences are due only to the parameters of the cartridge used. The replaceable module is a barrel with a front sight base and a gas chamber. Outside on the breech, a set of grooves is provided for contact with the contactor. Bore caliber and cutting, chamber dimensions, muzzle device, etc. are determined according to the type of cartridge.

The gas unit has undergone minor modifications. It now has the function of dumping powder gases into the atmosphere without diverting them to the piston. In this mode, the machine must be reloaded manually, which is expected to improve the accuracy of single fire.

The AKMS SB assault rifle is another "modernization" from the Mayak plant, which consists in replacing the stock. Photo "Lighthouse"
The kit includes several interchangeable closures with cups of different sizes to match the cartridge used. Otherwise, the design of the bolt repeats the shape and function of the part of the base AK.

Each cartridge used has its own magazine. The magazines are placed in the standard receiving window of the receiver and must ensure a continuous and reliable supply of ammunition to the dispensing line.

It is assumed that the restructuring of the "platform" for a new cartridge can be carried out by an automatic operator without special devices or assistance from outside. To do this, you need to remove the receiver cover, remove the bolt group and replace the bolt. The gas pipe with the pad and the forend are also dismantled, after which you can remove the contactor, remove the barrel and install a new one in its place. Then all the removed units and parts are returned to their place, a suitable magazine is inserted into the window.

The main advantage of the KalashNash MP is the fundamental ability to quickly, without difficulty and with a special tool, transfer the machine gun to a new cartridge. This feature is believed to be of interest to the Ukrainian army, which is faced with the problem of de-uniforming infantry ammunition.

Obviously, an assault rifle with a set of replaceable parts for several cartridges will be cheaper to manufacture than several separate assault rifles using the same ammunition. In addition, the production of modular systems can be further reduced in cost through the use of stocks of weapons.

"Modernized" AKMS SN. Photo "Lighthouse"
In theory, the modular version of the AKM may be of interest to its own army and the military of other countries. There may also be some commercial potential for the civilian market.

However, the Mayak project has a number of conceptual and technical problems. First of all, the very need for a quick restructuring of the machine under a different cartridge raises questions. It is difficult to imagine a situation in which a fighter will need to replace the barrel and bolt as quickly as possible to use a different cartridge. It should be remembered that the few existing multi-caliber systems are also being rebuilt without much difficulty, and also without haste.

Kalashnikov assault rifles were developed for 7,62x39 mm and 5,45x39 mm cartridges, taking into account their geometry and energy. An attempt to use both cartridges on the same platform, as well as add three other products to them, leads to rather complex design problems. It is necessary to create barrels of the required calibers with new gas chambers capable of ensuring the normal operation of the new cartridge and the old bolt group.

Ammunition dimensions and geometry also place special demands on stores. For example, cartridges 7,62x39 mm or 5,56x45 mm are 56-57 mm long, and the modern 6 mm XC is 63 mm. The shape of the cartridges is also significantly different. Each cartridge can be used with its own magazine, but the possibility of correct interaction of magazines with different dimensions with the receiving window and weapon automation raises questions.

A gas engine with gas cut-off capability can theoretically be useful in some situations. However, the need for such a function for an assault rifle, which is the main weapon of the army, is questionable. 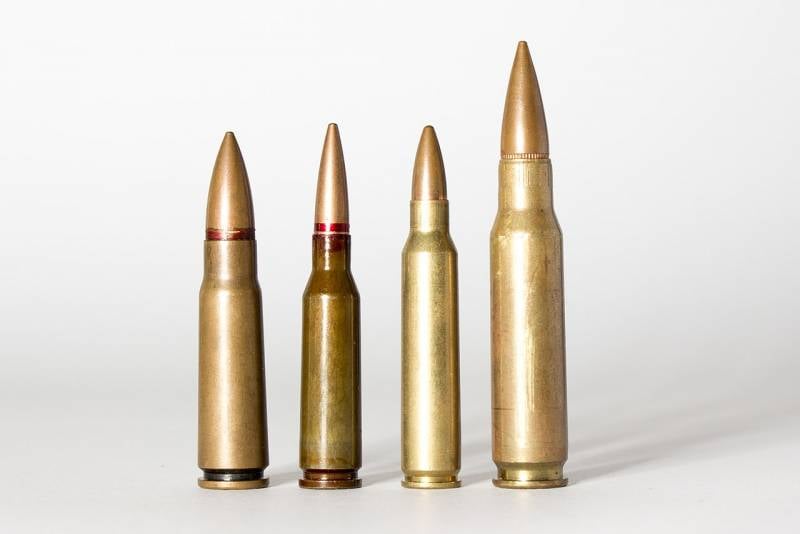 Cartridges 7,62x39 mm, 5,45x39 mm, 5,56x45 mm NATO and 7,62x51 mm NATO. Products differ in their dimensions, which makes it difficult to create a single weapon. Photo Wikimedia Commons
All offered cartridges have different ballistics. At the same time, the KalashNash project does not provide for the replacement of sighting devices. In addition, the stated restructuring procedure does not provide for bringing the weapon to normal combat. This obviously degrades accuracy and reduces the combat value of the rebuilt machine gun.

A perspective without a future

In the presented form, the KalashNash multi-caliber platform looks like a technical curiosity rather than a weapon with great prospects. This project offers an interesting solution to an irrelevant problem. In addition, the resulting project has a number of shortcomings, the correction of which can be extremely difficult or impossible without changing the basic provisions of the concept.

Apparently, the main goal of the project was not to re-equip the army, but to obtain lucrative contracts for the conversion of automatic weapons from storage. Also, such a modular system may be of interest to individual foreign customers or find its place in the civilian market.

However, the achievement of such goals is unlikely. The promising and interesting idea of ​​quickly replacing parts for the use of another ammunition was implemented with significant errors. As a result, the complex has a number of "innate" problems that can scare off the customer - and a promising development will be left without a future.