On the concept of the tank of the future 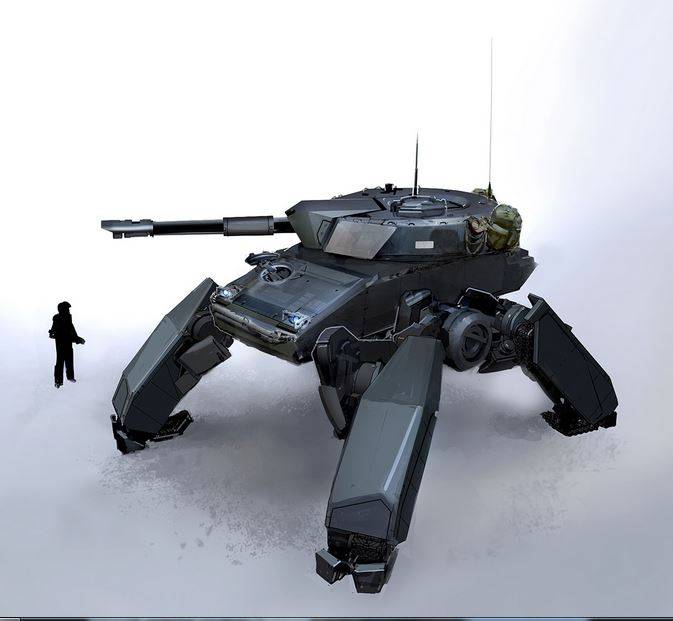 Concept issue tank the future excites the minds of designers. And ideas are being put forward: from "we don't need tanks" to the introduction of robotic tanks and "Armata" - our everything. "


Article "Prospects for the development of tanks" various concepts of the tank of the future based on a 152 mm caliber cannon, the use of an unmanned turret with a crew in an armored capsule and the creation of robotic tanks are considered. In addition, as a transitional option, it was proposed to organize at the Kirov plant the production of a tank "Object 292" developed by the Leningrad Design Bureau of the late 80s (early 90s) with the installation of a new turret with a 80 mm cannon on the chassis of the T-152,4U tank.

It should be noted right away that in the 80s, after a competition of projects for a promising Soviet tank between three design bureaus and VNIITM, only the project of the "Boxer" tank (object 477) of the Kharkov design bureau was accepted for development. And Leningrad and Nizhny Tagil on the topic "Improvement-88" were given work to modernize the existing generation of T-72 and T-80 tanks.

The "Boxer" tank initially adopted a concept with a 152 mm caliber cannon with a classic crew placement (the commander and gunner were sitting in the tower at the bottom of the hull) and the placement of ammunition in an armored compartment in the hull between the fighting compartment and MTO with the provision of triggering plates during the explosion of ammunition.

With the collapse of the Union, the "Boxer" project was curtailed (the Kharkiv design bureau ended up in Ukraine). And in Russia, attempts were made to continue this project in N. Tagil (object 195) with a 152 mm cannon, an unmanned turret and the placement of the crew in the hull armored capsule. And in Leningrad (object 292) - with a 152,4 mm rifled cannon in an enlarged turret on the chassis of a T-80 tank.

Both projects also failed. And they were closed. The Armata tank project was accepted as a promising tank.

What ideas were put into these projects? And what advantages and disadvantages did they have?

The implementation of the concept of the cannon removed from the turret was aimed at reducing the reserved volume and reducing the mass of the tank. Tests of the first prototypes of the Boxer tank showed that this decision is fraught not only with the defeat of the guns by small-caliber artillery, but also with possible malfunctions due to foreign objects falling into the gun bed during the operation of the tank.

As a result, the gun had to be covered with an armored casing, and the weight gain was leveled. The experience of developing this tank showed that removing the gun from the turret does not solve the problem of a significant reduction in the mass of the tank and entails a number of technical difficulties with installing the gun and ensuring its reliable loading.

Based on the results of the work, it was recommended to install the cannon in a compact turret with the crew placed in the lower part of the turret at the level of the hull, which leads to an increase in the periscopicity of observation and aiming devices, or to use an unmanned turret.

The use of a higher-caliber cannon on a tank is aimed at increasing the tank's firepower, but this is achieved at too high a price. Such a decision inevitably leads to an increase in the booked volume, an increase in the mass of the tank, a complication of the design of the automatic loader and a reduction in ammunition. As a result, two other main characteristics of the tank decrease: protection and mobility.

The installation of a 152 mm cannon on the "Boxer" tank led to an unacceptable increase in the mass of the tank and the impossibility of keeping within 50 tons (even after the introduction of individual units of the tank made of titanium). They had to sacrifice the safety of the crew in the name of the mass of the tank and abandon the armored capsule for ammunition. And place them in drums in the fighting compartment and the hull of the tank.

The use of a 292 mm cannon on the Object 152,4 tank in a new enlarged turret, with the declared mass of the tank at 46 tons and ensuring the required level of security, raises great doubts, miracles in technology do not happen, and you have to pay for everything.

Installing a gun of this caliber on a tank compared to the 125 mm caliber of a tank gun adopted for Soviet tanks, of course, gives an advantage in firepower, but not so significant as to sacrifice the mass of the tank. In addition, the use of modern guided ammunition on the tank largely compensates for the disadvantages of a lower caliber gun.

Attempts by the Soviet (Russian) school of tank building to install a 152-mm cannon on a tank, and in the West - 130 mm and 140 mm guns, did not lead to success, mainly due to the impossibility of an optimal combination of characteristics in terms of firepower, protection and mobility of the main tank.

Apparently, the increase in the firepower of the tank will go through the creation of more effective systems for throwing ammunition based on new physical principles and with the use of more advanced technologies.

The unmanned turret allows you to reduce the internal turret volume, reduce the mass of the tank and take one of the steps towards the robotic tank. At the same time, in connection with the elimination of the main and backup optical means of observing and aiming the crew, serious problems arise to limit the possibility of firing and significantly reduce the reliability of the tank. In the event of malfunctions leading to the impossibility of transferring electricity to the tower, the tank becomes completely incapacitated, cannot fire and is lost like a combat unit.

This problem has been discussed more than once and there is no final conclusion yet. At the current level of development of technical means, the introduction of an unmanned turret does not provide the same reliability as with the classic layout of the tank. In the projects of tanks in the West, such a cardinal decision is not made for reasons of ensuring the reliability of the tank on the battlefield.

The armored capsule (as indicated above) can be of two types - for the crew and for ammunition with all its advantages and disadvantages. Whether it is needed and what is more effective has not yet been proven. On the Abrams tank, they followed the path of armored capsules in the rear of the ammunition turret; this layout has already been tested in real battles and has proven its partial effectiveness. An armored capsule for the crew exists only on the Armata tank and raises many questions that can be answered only after receiving the results of actual operation.

The experience of recent military conflicts with the use of modern means of detecting and destroying military equipment shows that a separate tank unit (and even more so a tank) is not able to successfully resist on the battlefield; specific operation and linked into a single management system.

In this regard, one of the defining elements of the tank of the future should be a TIUS with the necessary technical means capable of ensuring interconnection, constant exchange of reconnaissance and combat information and control teams in real time in order to coordinate actions and prompt decision-making at the appropriate levels of control.

The network-centric system makes it possible to combine tanks with reconnaissance, target designation and destruction means and facilitate the fulfillment of the assigned task, while it is possible, if necessary, to quickly transfer a tank or a group of tanks to a different control level.

On board the tank, the TIUS should combine all the instruments and systems of the tank into a single integrated network, transmit information to the network-centric system and receive commands from higher-ranking commanders. TIUS forms an integrated picture of the battlefield, giving the tank additional "vision" and expanding the commander's capabilities to assess the situation in real time, carry out target designation and target distribution, control fire and maneuver of the tank and subunits.

Within the network-centric system, tanks receive a fundamentally new quality, and their combat effectiveness increases dramatically. The introduction of TIUS also makes it relatively easy to modernize previously produced tanks and bring them to the level of modern requirements.

The presence of TIUS on the tank makes it possible to turn it into a robotic tank with remote control or into a robot tank. For this, almost everything is already available in the system. In this case, two directions can be implemented - the creation of a special tank that does not provide for the placement of the crew, and the use of any main tank equipped with a TIUS as a robotic or robot.

The development of an unmanned tank makes it possible to reduce its weight, but at the same time a new class of military equipment appears, requiring special control vehicles, the introduction of a transportation system, a control structure and operation of such tanks. The concept of using the main tank as a base looks more promising, approximately the same system is laid in the Armata tank.

Prospects for the tank of the future

In Russia, the Armata project with a 125 mm cannon, an unmanned turret and an armored capsule for the crew in the hull of the tank with all its advantages and disadvantages was adopted as a promising tank. The concept of the "Armata" tank is far from being a masterpiece, but today in Russian and foreign tank building there are no other variants of a promising tank, brought to the production of experimental batches, yet. And we must competently take advantage of the experience of developing this tank and the results of its tests, using them in future projects.

The Armata tank, presented in 2015, has not yet reached the army. The terms of its adoption have already been postponed five times. And recently another deadline was announced - 2022. Such a technique is not quickly created, there are too many problems with this machine, and they take time to fix them. In any case, regardless of the success or failure of the Armata tank, the concept of the tank of the future must be developed. And the development is certainly underway. What it will be is unknown, it depends on the concept of waging a future war, the role of tanks in it, the development of technology and the experience of creating tanks of previous generations.

Regarding the use of a 152 mm gun on a tank, many experts consider it expedient to install it in a specially created heavy self-propelled gun as an assault weapon and a means of strengthening tanks on the battlefield. In this regard, the question arises on what basis the ACS should be created. The proposal of colleagues from "Spetsmash" - to revive the project of the tank "Object 292" with such a gun is hardly advisable, such tanks have not been produced for a long time. And it is too costly to revive their production. In addition, it is unlikely that it will be possible to implement it in acceptable characteristics in terms of tank weight.

The most promising is the creation of an ACS based on the Armata tank and its inclusion in the planned family of combat vehicles based on this base.