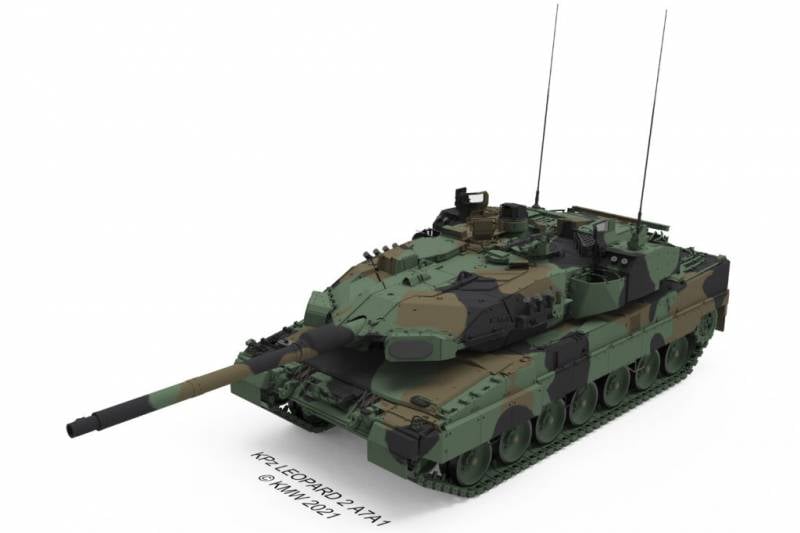 KAZ for all time

The tank builders did not have many options for increasing the survivability of MBTs. Usually, when talking about the crisis of the school of tank building, they mention domestic combat vehicles, such as the T-72 or T-64. In fact, this problem is common.

Tanks "Classic" layouts have largely reached their limit: at least when it comes to today's technology. Both the West and the East want to find at least some kind of protection from modern anti-tank weapons, but this is very difficult to do.

The problem is that combat vehicles such as the Abrams or Leopard 2 have reached the "allowable" weight limit. Their most recent modifications have a mass that is approaching 70 tons. This roughly corresponds to the weight of the Nazi "King Tiger", the combat use of which clearly showed all the "charms" of this feature. In particular, they talked about the difficulty of transportation, especially across bridges.

Active protection complex by itself does not make the tank lighter, but at the same time, other methods of increasing protection are clearly inferior to him in this regard. The basic version of the Israeli KAZ Trophy, developed for the Merkava tanks, weighs 771 kilograms. The mass of the Russian "Arena" reaches 1300 kilograms. 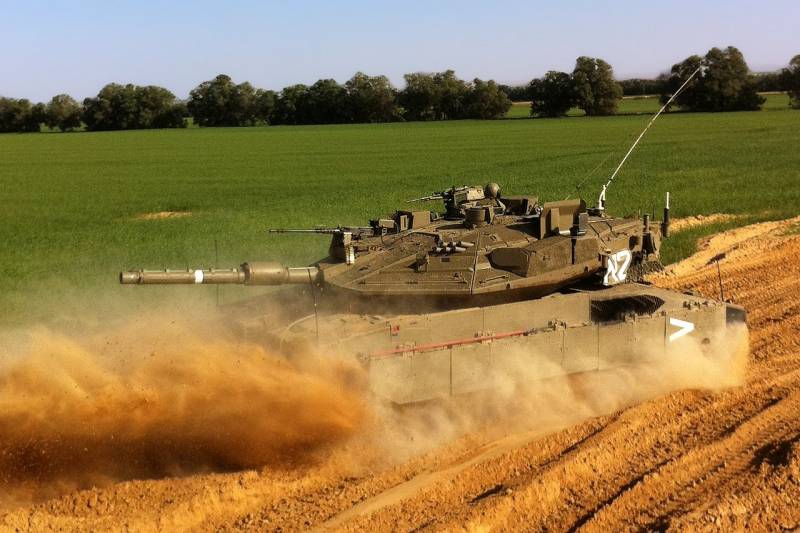 Substantial, but this is a relatively modest price to pay for

"Increasing the survivability of the machine on the battlefield several times."
It is difficult to say whether this is true or not. However, the same Trophy has already proven its effectiveness in combat conditions. One example dates from 2011, when Palestinians fired at a tank of the 9th battalion of the 401st brigade of the Israeli army from close range with a hand-held anti-tank grenade launcher. Trophy recorded a shot, fired submunitions and eliminated the threat: the rocket exploded without reaching the target.

In the case of armor-piercing feathered sub-caliber projectiles, everything is much more complicated. However, according to the available data, modern KAZ, such as the Russian "Afghanit", will cope with these challenges.

The most remarkable thing about this stories the fact that the pioneers of KAZ implementation are not Israelis, Americans or Germans. For the first time in history, a Soviet T-55AD tank received such a serial complex. We are talking about the Drozd system, which was installed on the tank back in the 80s.

Now, however, the actual leaders (at least when it comes to the possibility of real use in battle) are the aforementioned Israel and the collective West. Earlier, some of the American Abrams tanks received the Trophy: it is pertinent to recall that last year the US Army received the first serial M1A2 SEP V3 Abrams tanks equipped, among other things, with the Trophy protection. 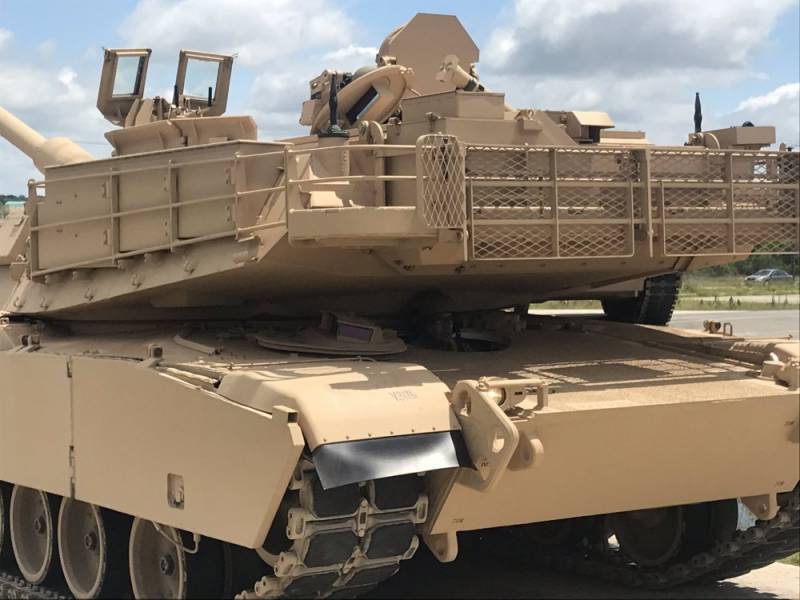 In the case of Europe, the idea of ​​installing active defense systems on MBT until recently looked like

“Declaration of intent”.
However, the realization of the reality of the existence of the T-14 on the basis of "Armata", apparently, made its own adjustments to the agenda.

As previously reported by the blog of the Center for Analysis of Strategies and Technologies, the Israeli Ministry of Defense recently announced the conclusion of an intergovernmental agreement with the Ministry of Defense of Germany regarding the supply of Trophy active protection systems to equip Leopard 2 tanks of the German army.

According to the Europäische Sicherheit & Technik website, we are talking about 23 KAZ kits, ammunition and related services worth 40 million euros.

The German authorities will transfer the towers of seventeen Leopard 2A6A3 combat vehicles and one tower of the Leopard 2 VT-ETB test vehicle to Krauss-Maffei Wegmann. After appropriate modernization, they will be installed on new chassis in the latest version of the Leopard 2A7, which, among other things, will receive a new auxiliary power unit. 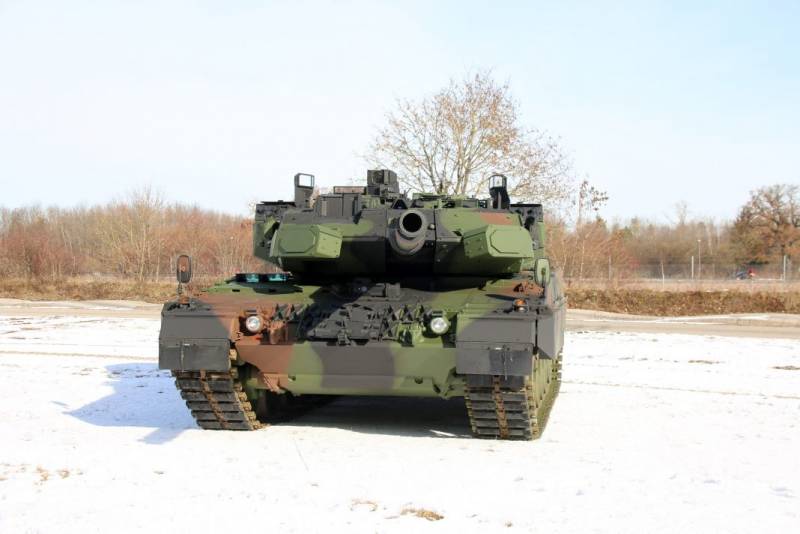 Considering that a separate contract from Krauss-Maffei Wegmann for the installation of KAZ on tanks costs 80 million dollars, it becomes obvious that this is far from a "bold experiment", but only the beginning of a full-fledged strengthening of the German armored vehicle fleet, which can be expected in the future. Today it is a "lurking beast".

Time will tell whether Trophy or a less proven but capable of intercepting BOPSs will be chosen for this. As of 2016, the German army had at its disposal more than 280 Leopard 2A6 tanks, as well as 20 Leopard 2A7 tanks.

Earlier it became known that in total the German Ministry of Defense will receive more than 100 modernized tanks in the 2A7V version. Of course, equipping all these combat vehicles with KAZs is a difficult task, but far from impossible. 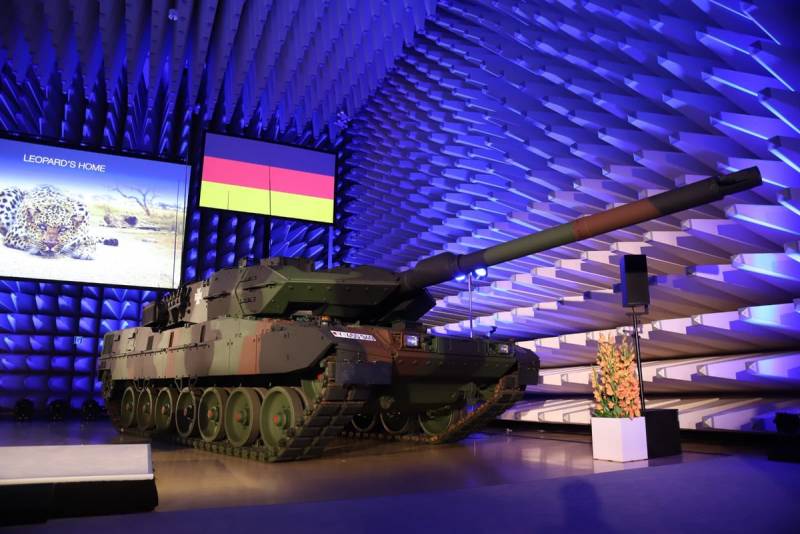 By the way, not so long ago Germany and France entered into an agreement on the joint development of a new generation MGCS (Main Ground Combat System) tank, which in the future will have to replace both Leopard 2 and Leclerc. The vehicle (at least now) is seen as a development of the ideas embodied in the tanks of the previous generation, although it will not be one of the modernizations of the same "Leopard".

At first glance, it is strange that Russia should look for an answer to the successes of other countries in equipping its tanks with an active protection complex. Considering that the USSR was once in this regard

"Ahead of the rest of the planet."
And, besides, the country has been working in this direction for decades, without serious interruptions.

At the same time, you need to understand that Russia does not have such financial capabilities as, for example, the United States or the leading EU countries. The solution could be the delivery of T-14 based on the "Armata". But, firstly, the tank is not yet ready, and secondly, the car is quite expensive. And, therefore, in the current realities, one should not expect that it will become the main Russian tank.

As a possible "intermediate" solution, they consider equipping KAZ combat vehicles. Recall that in 2019, a photo appeared in which one could see an experienced T-72B3 main tank, equipped with a T09-06 or Arena-M active protection complex. This is a modernized version of the "Arena", developed in the USSR. KAZ protective ammunition can intercept missiles and shells. 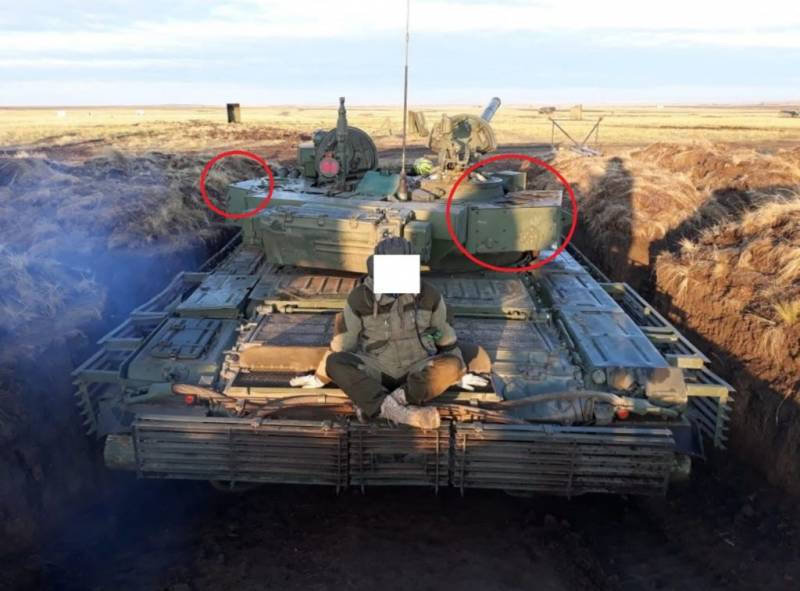 Photo: "Military Informant" / vk.com/milinfolive
In addition, the Russian novelty, the T-90M tank, can be equipped with active protection systems.

“As part of further work to improve the security of the T-90M, it is proposed to equip the tank with the Arena-M active protection complex.

In the frontal part of the hull, instead of the currently installed reactive armor "Relikt", the tank should receive reactive armor similar to the T-14 "Armata",
- stated in the materials of the Research and Testing Institute of Armored Weapons and Equipment (NII BTVT) of the Russian Ministry of Defense, presented to TASS in 2020.

There is no question of parity with the conditional M1A2 SEP V3 Abrams or Leopard 2A7A1.

However, as a temporary measure, the decision seems to be quite justified.

Ctrl Enter
Noticed oshЫbku Highlight text and press. Ctrl + Enter
We are
Modernization tank LEOPARD 2: the game and the playersIs the "old" well forgotten to become the "new"? Part-2. At the call of honor and duty
Military Reviewin Yandex News
Military Reviewin Google News
77 comments
Information
Dear reader, to leave comments on the publication, you must sign in.