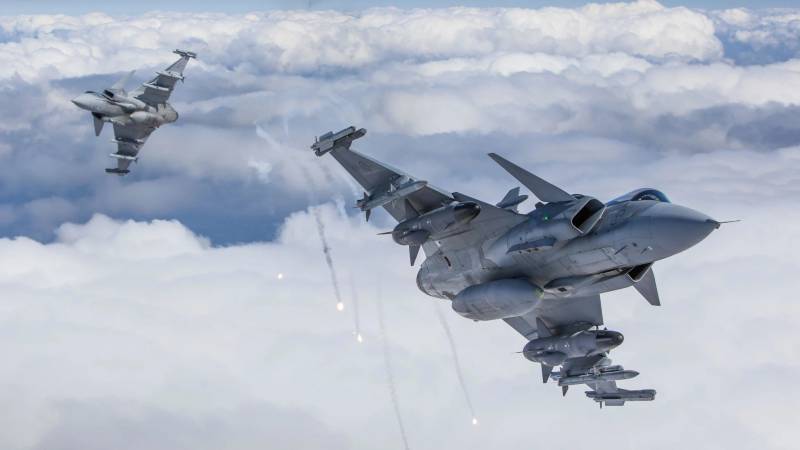 Sweden does not have the most numerous, but rather developed air forces. The only combat aircraft in service with the Air Force is the Saab JAS 39 Gripen multipurpose fighter-bomber. There are about a hundred of these machines of a number of modifications in service, and their number will increase in the near future. Through the production of new aircraft and the modernization of old ones, Sweden plans to keep the Gripenes in service for the next 15-20 years.

The first flight of a prototype aircraft in a single-seat configuration JAS 39A took place in December 1988. Tests of the two-seat JAS 39B began only in 1996, when the single-seat one managed to go into series. The debugging of the two modifications took several years, after which the first order for serial production and delivery appeared. The Swedish Air Force planned to purchase 204 aircraft of two types, divided into three parties.

The first JAS 39A of the first batch was handed over to the customer in June 1993. The contract for this batch, issued back in 1982, provided for the construction of 30 aircraft of two modifications. The deliveries of this batch were completed in mid-December 1996. Since the summer of the same year, flight tests of the first aircraft of the second batch were carried out, and in December it was handed over to the customer. The contract for the second batch provided for the construction of 96 single and 14 two-seat aircraft. 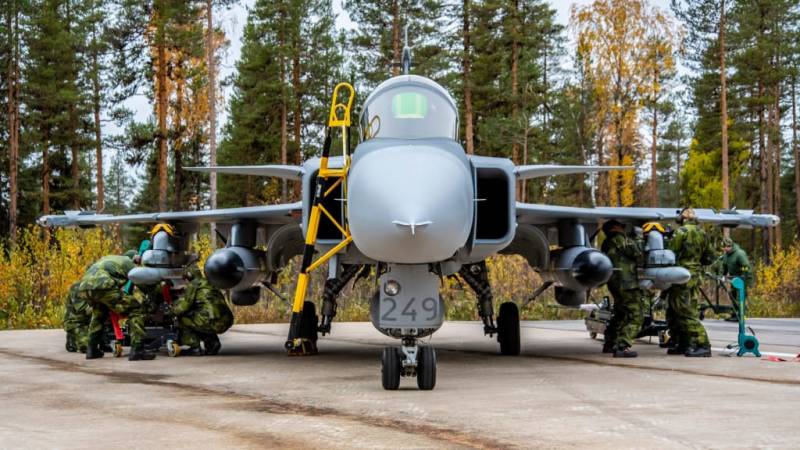 In June 1997, we signed a contract for the third batch. This time it was planned to start the construction of modernized aircraft. The Air Force ordered 50 single JAS 39C and 14 double JAS 39D. The execution of the last contract lasted until 2008, as a result of which the Air Force received all the planned aircraft in the amount of 204 units.

In 2007, shortly before the completion of construction, a decision was made to modernize existing aircraft of early modifications. 31 JAS 39A / B cars were offered to be repaired and upgraded to "C / D" condition. Later, new orders of similar volumes appeared. Modernization of combat equipment for newer projects continued until 2015 and ended with a complete renewal of the active fleet. 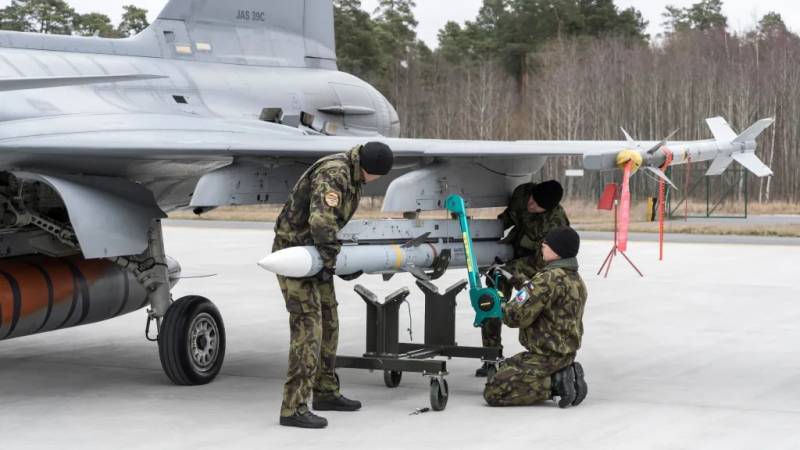 Preparation for departure of the rented JAS 39C from the Czech Air Force
Having established mass production of new fighters, Sweden began to look for foreign customers. The first foreign operator of the JAS 39 was the Czech Republic. At the beginning of the 2004s, she studied several types of aircraft and chose the Swedish design. In 14, there was a lease agreement for 12 machines from the presence of the Swedish Air Force - 39 single JAS 39C and a pair of JAS 2027D. Later the lease was extended until 14. The Hungarian Air Force became another leaseholder of the Swedish fighters. The agreement provided for the transfer of XNUMX vehicles until the early twenties. The agreement will probably be extended for several years.

The restructuring and modernization processes, the organization of the lease and the revision of basic strategies over time led to a reduction in the fleet of JAS 39 fighters in the own Swedish Air Force. As of the mid-tenths, there were only 98 aircraft in the three combat wings - 74 single "C" versions and 24 double "D" versions. Several dozen cars of old modifications were transferred to storage.

Since the end of the 39s, Saab has been working on the issue of further modernizing the JAS 2010C / D aircraft in order to further improve all the main characteristics and expand combat capabilities. In 39, an official order appeared for the development of such a project Gripen New Generartion or JAS 60E / F. At that time, the Swedish Air Force planned to buy 20 new aircraft - but only if there were foreign orders for XNUMX or more aircraft. 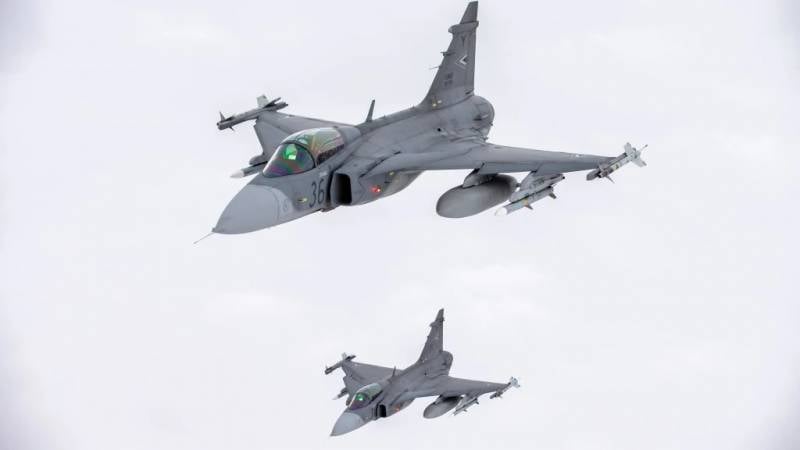 Hungarian Air Force aircraft
In 2012, Switzerland expressed its desire to purchase 22 new JAS 39E / F fighters, and after that the preparation of the Swedish order began. Curiously, the Swiss army eventually postponed purchases indefinitely, but Sweden continued to work. In 2013, construction began on the first JAS 39E aircraft.

The first aircraft of the new modification was built in 2016 and took off in 2018. In December last year, the aircraft was handed over to the Air Force for the necessary tests. The JAS 39F two-seater fighter is still at the design stage. Completion of these activities will allow the start of full-scale serial production. As previously reported, some of the 60 JAS 39E / F will be rebuilt, while others will be rebuilt from the technology of previous modifications.

The production of Gripen NG for the Swedish Air Force will begin in the coming years, and no later than 2023, such equipment is planned to be put into full operation. The production and restructuring program will take several years and will only be completed by the end of the twenties. 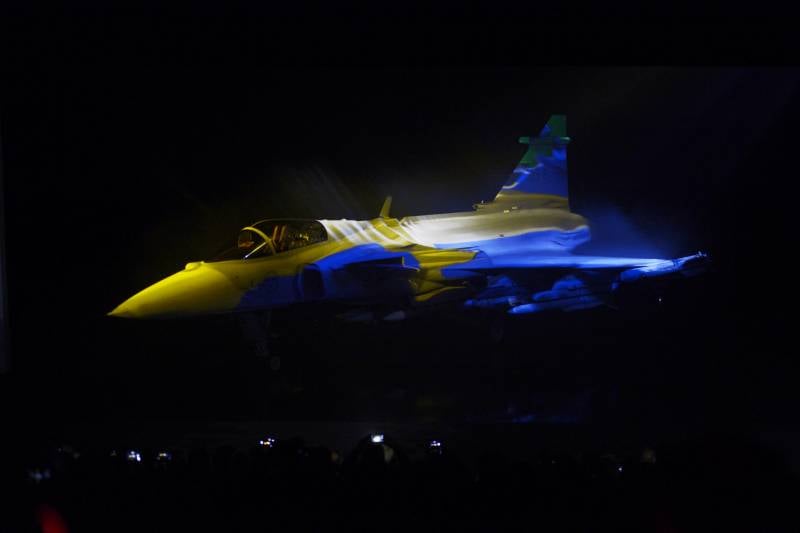 Presentation of the first JAS 39E
In 2014, Brazil ordered 36 JAS 39E / F aircraft. In 2019, the customer received the first single-seat vehicle for testing and gaining experience. The first major series is expected this year, and in addition, negotiations are underway on new contracts. If successful, the total volume of Brazilian orders will rise to 108 units.

The JAS 39C / D modernization project involved the replacement of some systems, but its impact on the overall potential of the aircraft was limited. The new “E / F” program provides more innovation with the most visible impact. The airframe structure, propulsion system, radar equipment, etc. are being refined. The complex of weapons is being improved. 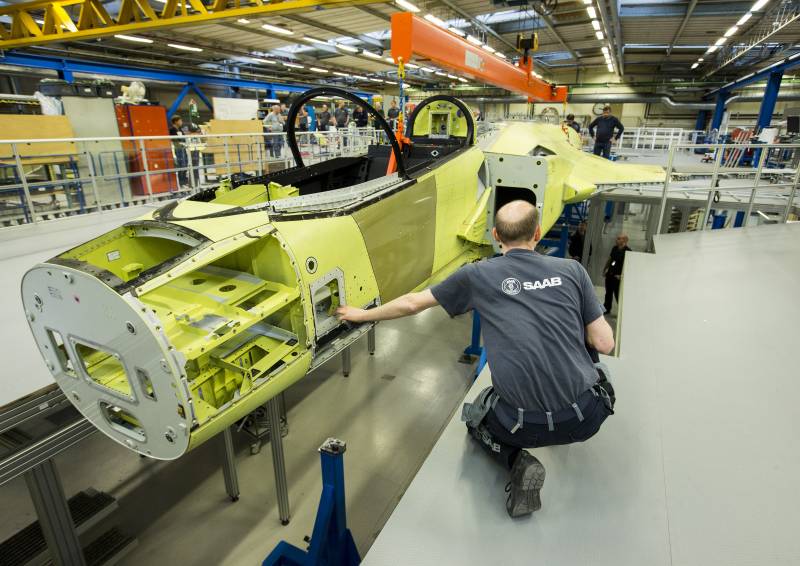 The JAS 39E / F projects provide for various modifications to the airframe. The fuselage has been slightly enlarged and re-arranged, which made it possible to increase the fuel supply by 30%. Newly designed air intakes are used to ensure proper operation of the larger General Electric F414-GE-39E engine. The number of external suspension points has been increased to 10.

The complex of electronic and sighting and navigation equipment is almost completely rebuilt. Thus, the possibility of a relatively simple and quick hardware upgrade is declared. The software allows you to install the necessary modules appropriate for specific missions.

A new Leonardo ES-05 Raven radar is installed under the nose fairing of the fuselage, equipped with an AFAR with electronic scanning and a reversal mechanism to increase the viewing angles. The radar is supplemented with an infrared optical-locating station Leonardo Skyward G. Using these two devices, the aircraft is capable of detecting even subtle targets. 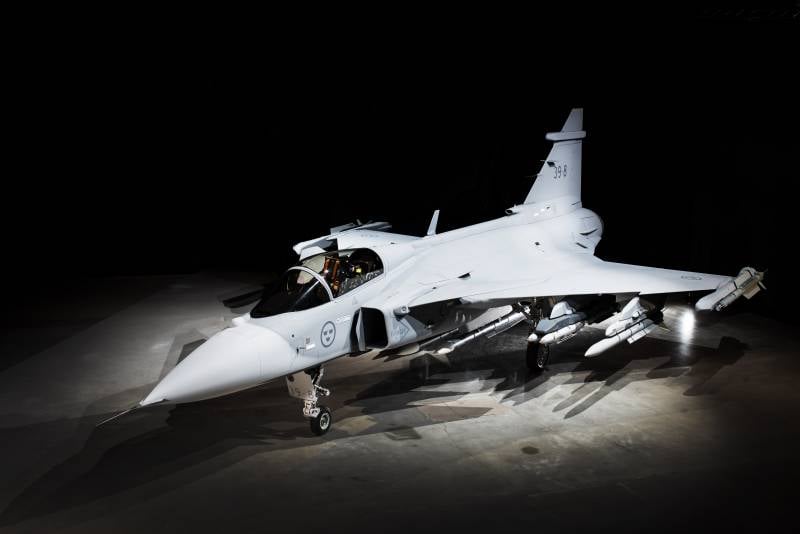 A modern airborne defense system has been introduced that monitors potential threats and provides a response to them. Depending on the type of threat, it is possible to use interference of different ranges or false targets. It is claimed that such a BKO is distinguished by increased resolution and improved sensitivity. In addition, it is integrated into the sighting and navigation system, which simplifies the pilot's work in combat.

Serious measures have been taken to improve the cockpit equipment and the principles of its operation. A "glass cockpit" is used with the minimum necessary and simple set of controls. The maximum number of processes is automated, the methods of issuing information in different modes have been changed.

At the moment, the Swedish Air Force has less than a hundred JAS 39C / D fighters of a relatively new modification. A number of such machines are in storage and less than three dozen have been leased to other countries. This state of affairs no longer suits the command, and therefore measures are being taken to develop the Air Force. 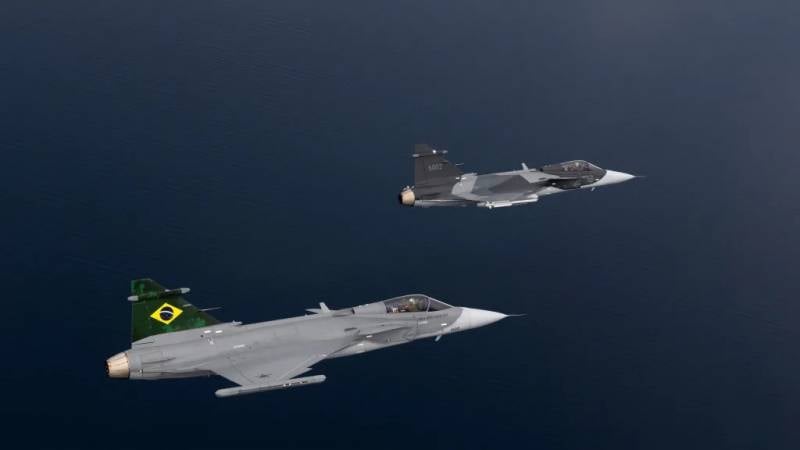 First Gripen for Brazilian Air Force
According to reports in recent years, the existing JAS 39C / D will remain in service until at least 2030. They will be repaired and possibly upgraded to meet current requirements. It is assumed that the preservation of such technology will allow the Air Force to maintain the necessary combat capability until significant numbers of modern JAS 39E / F aircraft appear.

Serial fighters of the "E / F" version will enter the combat composition of the Swedish Air Force in a few years, and in the future the share of such equipment will grow. At the same time, the current plans do not provide for a complete replacement of older aircraft. Moreover, the old JAS 39C / D will remain the most popular. Perhaps in the future, new orders will appear that can change this state of affairs and bring a modern fighter forward not only in quality, but also in quantity.

Thus, the prospects for combat aviation The Swedish Air Force for the next 10-15 years is obvious. They plan to use the available equipment at least until the end of the current decade, and by that time the updated aircraft will be operational. The purchase of foreign samples is not yet planned. In addition, the Swedish military has not yet decided on ways to further develop aviation. Probably, over time, they will become interested in the topic of the next generation - but when this will happen and where it will lead is unknown. So far, the future of the Air Force is associated only with the Saab JAS 39 Gripen.