A new stage in the modernization of landfills: housing and modern equipment 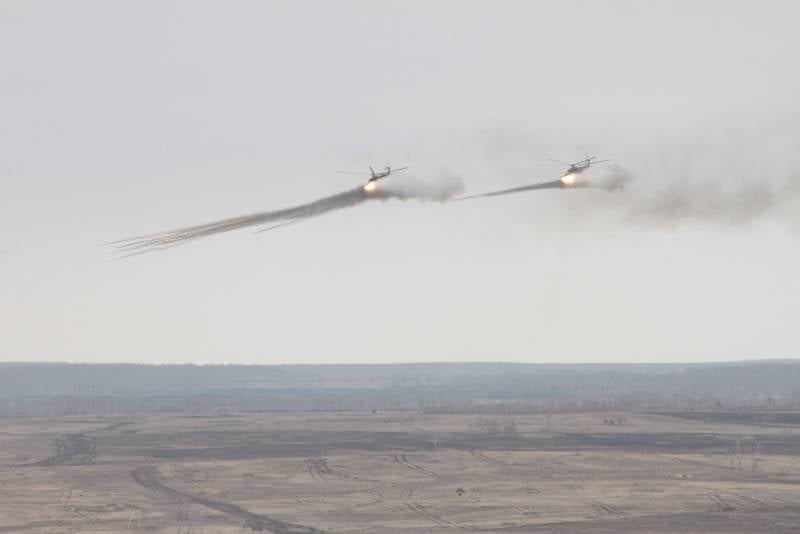 The Ministry of Defense continues a large-scale program of modernization and re-equipment of the military training grounds. According to the latest data, in the near future the relevant organizations will be engaged in the renovation and construction of a large number of different objects.

General plans for the modernization of army training grounds on January 31 were revealed by the press service of the Ministry of Defense. It is reported that among the tasks set by the leadership of the department, a special place is occupied by the arrangement of the infrastructure of training sites. It was decided to carry out such work, and they plan to spend three years on it.

A large number of landfills are planned to be renovated under such a program. The work will take place at the facilities involved in the International Army Games, which is necessary for more effective holding of such events. In addition, other landfills in remote areas will be modernized. At the same time, the exact list of polygons and their location have not yet been disclosed. 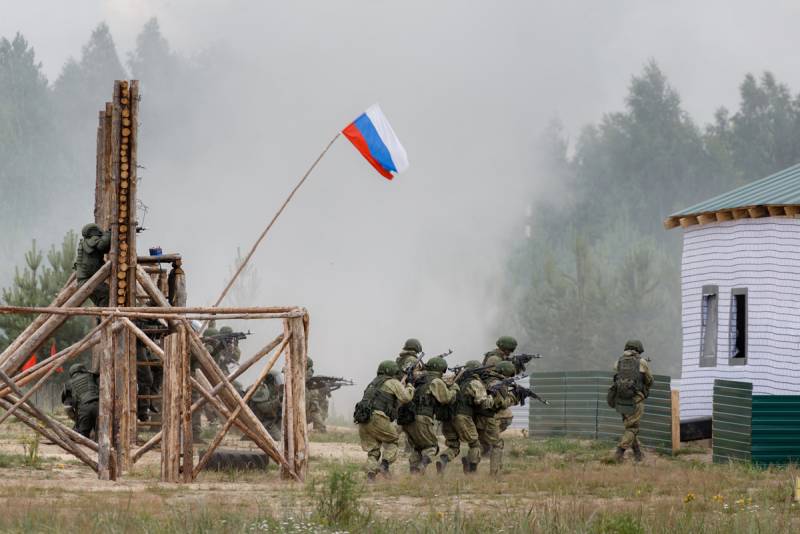 Combat training at the Mulino training ground (Nizhny Novgorod region), July 2017
The renovation processes will begin with large-scale construction. It is planned to build more than 100 complex buildings for personnel. The new housing should have a positive impact on the efficiency of the polygon teams. Other details of the new program have not yet been announced. Perhaps they will be revealed later, as some works are completed and others are launched.

The Russian army has at its disposal several hundred land, aviation and naval ranges, distributed practically throughout the country. Polygons differ in size, purpose, equipment, as well as features of location and transport accessibility. The presence of a network of training grounds allows the armed forces to conduct both small training activities for individual units and subunits, and large maneuvers involving interspecific groupings.

Earlier it was reported that in recent years, this or that modernization has passed approx. 80 training grounds on the territory of all military districts. Such events were carried out for the further conduct of exercises, as well as for the use of polygons in the Army Games. In addition, new polygons for various purposes are being created.

First of all, large combined arms training grounds and test sites for advanced weapons and equipment were updated. So, in recent years, new infrastructure has appeared at the Alabino (Moscow Region), Adanak and Dalny (Dagestan), Tsugol (Trans-Baikal Territory), etc. Exercises have already been held at the updated training grounds, incl. international. 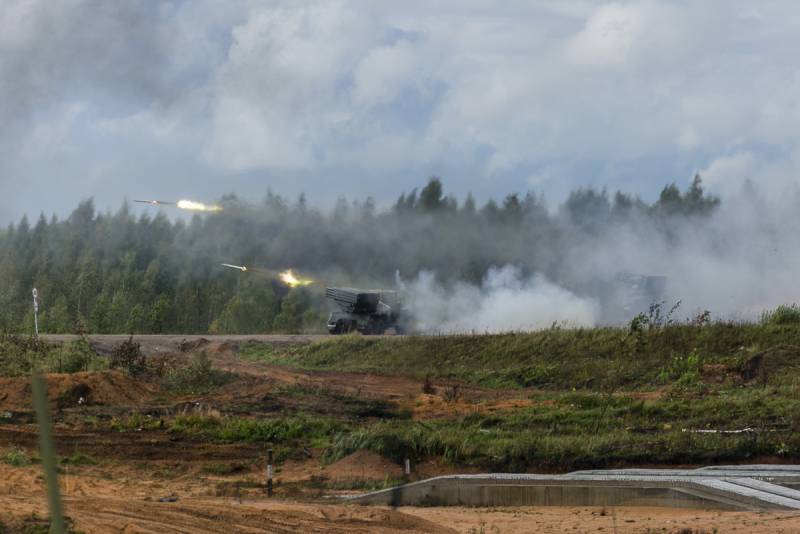 Episode of exercises "West-2017" at the Luga training ground (Leningrad region), September 2017
Since 2013, the Sary-Shagan training ground, used for testing missile and anti-missile systems, has been rebuilt. In the recent past, the launch sites of the Plesetsk cosmodrome have been updated, which allows them to be used to launch new rockets. In 2020, the replacement of the control complex at the Kapustin Yar landfill was completed; fundamentally new equipment with broad capabilities has been introduced and is being used. This year in the Krasnoyarsk Territory a new site for the flight tests of the Sarmat missile will be commissioned.

It should be borne in mind that the bulk of the training grounds of the Russian army are relatively small objects intended for use by individual formations and units. In addition, most of them are located in remote areas of the country. However, all of these facilities also contribute to security and need to be addressed.

The announced plans of the Ministry of Defense show that the modernization of remote ranges will begin with the construction of new housing for personnel. Such construction will take about three years, and by this time the start of the renovation of the educational infrastructure itself should be expected.

The experience of renovating large polygons shows what processes will be observed at other sites. First of all, the modernization involves the construction of new buildings and structures for residential and business purposes. It is also necessary to create or update energy and other infrastructure, taking into account modern requirements. Depending on the purpose of the landfill, it is required to create certain buildings, install target complexes, etc. For the safe conduct of the exercises, it is necessary to update the fences around the perimeter of the polygons, as well as the installation of technical controls. 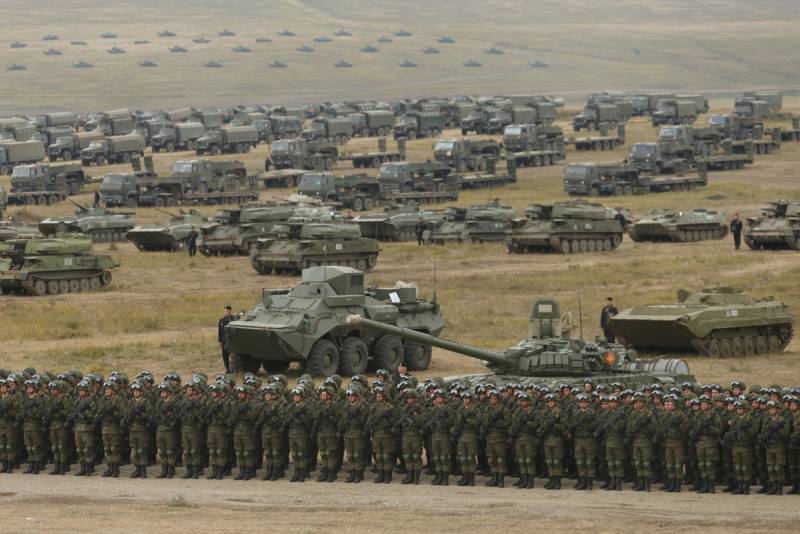 Troops involved in the Zapad-2018 exercises at the Tsugol training ground (Trans-Baikal Territory), September 2018
The question of returning to the use of abandoned landfills remains open. There are many similar sites across the country that have been decommissioned. Perhaps, as part of the future military development, some of them will be returned to work.

The planned program of modernization of training grounds will have a number of obvious positive consequences that directly affect the processes of training troops - and the overall combat capability of the army. In this context, the renovation of remote sites turns out to be no less important than the development of the largest and most central ones.

First of all, attention is drawn to the emphasis on updating the residential infrastructure. Houses and other objects are not directly related to the educational process, but directly affect its conduct and results. Moreover, this approach is fully consistent with the current course of the Ministry of Defense to improve the conditions of service. Even in remote areas, polygon teams should not face domestic problems.

The updated polygons on the periphery will provide more effective training of units and formations of these regions. Modern polygon equipment will make it possible to fully master the new material part and new tactics. This eliminates the need for temporary redeployment of units to more developed polygons with better equipment. 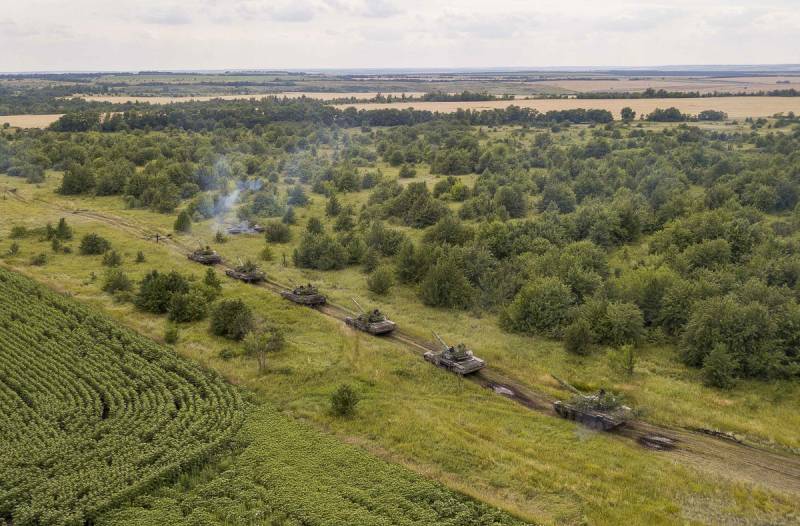 Exercises of motorized riflemen of the Western Military District at the Krinitsa training ground (Voronezh region), July 2020
Remote ranges with modern equipment can be used together with central ones in the framework of large interspecific exercises. It is possible to transfer formations and groupings to them, simulating hostilities in different areas of a wide front. The presence of unified range equipment will greatly simplify the organization, conduct and analysis of the results of combat training events.

It is possible that certain polygons, which are to undergo modernization in the coming years, will be involved in the holding of the International Army Games in the future. Competitions are already taking place at many Russian and foreign venues - and it is quite possible to expand their list. In addition, in this case, the geography of the competition will expand, and individual events will be held in new regions.

Thus, a new stage of work became known within the framework of the general process of military development and modernization of the armed forces. Army modernization programs envisage the creation and reconstruction of various objects directly at the bases, and this task is being successfully solved. In parallel, large polygons were being updated.

To date, it has been possible to complete the modernization of the main training sites, and it becomes possible to allocate resources to other facilities of a similar purpose. In the coming years, it is planned to improve the conditions of service, and then new stages of renewal will begin. It can be expected that the observed and planned activities in the distant future will lead to a complete renovation of all used landfills - and to a corresponding increase in the quality of education and training.

Ctrl Enter
Noticed oshЫbku Highlight text and press. Ctrl + Enter
We are
Cleansing with fire, or What is bad soldier with a prison past? ..2010 Results of the Year (Part I)
Military Reviewin Yandex News
Military Reviewin Google News
21 comment
Information
Dear reader, to leave comments on the publication, you must sign in.